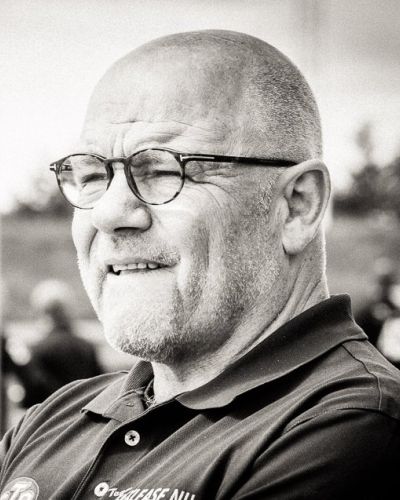 John Nielsen is a former racing driver from Denmark who was successful in all sorts of racing, collecting more than ten championship titles and major victories during a career which lasted four decades, from the mid-1970s to 2014.

His greatest success is a victory at 24 Hours of Le Mans in 1990, together with Martin Brundle and Price Cobb in a Silk Cut Jaguar XJR-12. Two years earlier, in 1988, he won Daytona 24 Hours in a Jaguar. 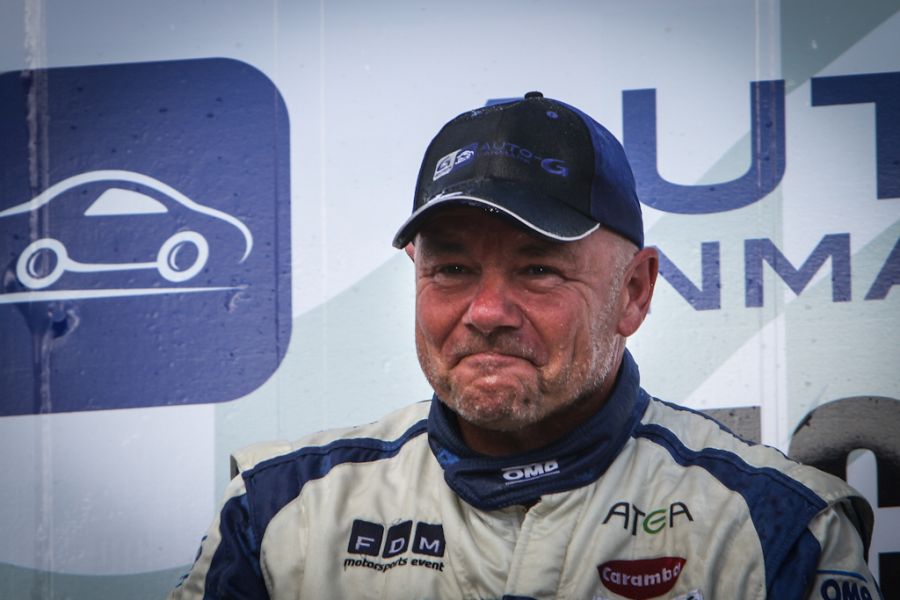 Born in February 1956 in Varde in southern Denmark, John Nielsen started his career in the national Formula Ford championship, winning the championship title in 1975. He continued a career in Formula 3, participating in several championships in following years (Europe, Sweden, UK).

In 1979, he made a switch to the European Formula Super Vee Championship and won the title in his first season. He defended a title two times, in 1980 and 1981, becoming the most successful driver in a history of the competition. He was especially dominant in his last Formula Vee season, winning twelve of thirteen races. 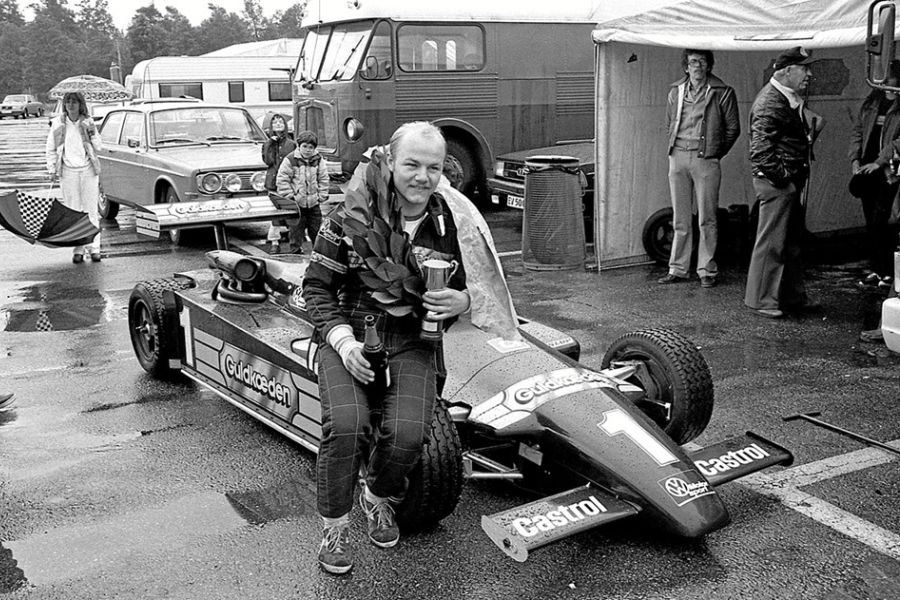 John Nielsen early in a career

Nielsen continued to collect championship trophies in 1982. Driving a Ralt RT3 for Volkswagen Motorsport, he became German Formula 3 champion with seven victories in seven races. He finished 8th in the European F3 Championship and then progressed to the second place in the 1983 European F3 season, losing a title to Pierluigi Martini.

In 1984, Nielsen was fifth in the European F3 Championship but his greatest success was a victory in non-championship Macau Grand Prix. He beat Stefan Johansson and Mike Thackwell.

Two seasons in the Formula 3000 with Ralt Racing

In 1985, Nielsen's main competition was the International Formula 3000 Championship. He and Mike Thackwell were Ralt factory drivers, finishing fourth and second in the standings. Nielsen was a race winner once, at Estoril.

Nielsen stayed with Ralt Racing in the 1986 F3000 season, scoring no wins and finishing sixth in the points with three podiums.

While racing in Formula 3000, Nielsen also intensified his sports car racing activities. He was a part of Sauber team at Le Mans 24 Hours in June 1985 but he didn't start the race in the #61 Sauber C8-Mercedes because the car was damaged in an accident during practice. Later in the season, he joined Tom Walkinshaw Racing to drive the #51 Jaguar XJR-6 at Fuji and Selangor, scoring second place in Malaysia together with Mike Thackwell and Jan Lammers.

In 1986, he joined Kouros Racing Team to drive the #61 Sauber C8 in three rounds of the World Sports-Prototype Championship, including Le Mans. In his debut at Circuit de la Sarthe, Nielsen was sharing a car with Mike Thackwell, not finishing the race.

Maiden WSPC victory at Brands Hatch in a Jaguar

In 1987, Nielsen left open-wheel racing to focus only racing with prototypes. In the World Sports-Prototype Championship, he scored his maiden victory at Brands Hatch 1000 Kilometers in the #4 Silk Cut Jaguar XJR-8, sharing a car with Raul Boesel. At Le Mans, Nielsen's co-driver in the #8 Jaguar was Martin Brundle but they retired after 231 laps.

During a season, Nielsen was also driving a Porsche 962C for From A Racing team in the Japanese Sports-Prototype Championship.

In 1988, Nielsen opened a season with a victory at Daytona 24 Hours, together with Martin Brundle and Raul Boesel in the #60 Castrol Jaguar XJR-9. He spent a full season in the IMSA GTP Championship, finishing second in the points behind Geoff Brabham.

In the 1988 World Sports-Prototype Championship, Nielsen was a race winner once, at Brands Hatch, together with Martin Brundle and Andy Wallace. At Le Mans, he and Brundle retired again in the #1 Jaguar XJR-9.

No wins in 1989, second place at Daytona

In 1989, Nielsen had a similar program, driving for Castrol Jaguar in the IMSA Championship and for Silk Cut Jaguar in the World Championship. At Daytona 24 Hours, he didn't defend a victory, finishing in the second place together with Jan Lammers, Andy Wallace and Price Cobb. Nielsen collected nine podiums during the season, finishing fourth in the points.

He was without wins in the World Championship too. At Le Mans, he recorded fourth consecutive retirement. This time, his co-drivers in the #2 Jaguar XJR-9 were Andy Wallace and Price Cobb. 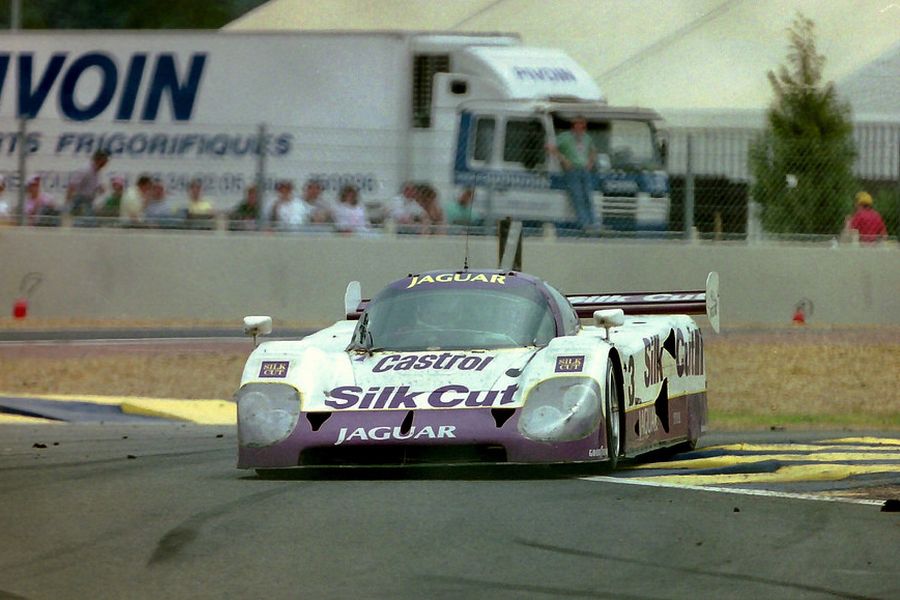 In 1990, Nielsen finally reached the finish line at Le Mans 24 Hours and he did it in the best possible way - winning the race. His co-drivers in the #3 Jaguar XJR-12 LM were Martin Brundle and Price Cobb. They beat teammates in the #2 car by four laps for the last Jaguar's victory at Le Mans.

In 1990, Nielsen participated full season in the IMSA GTP Championship, finishing second at Daytona 24h and winning at Lime Rock Park to finish fifth in the final points.

With Le Mans trophy in his hands, Nielsen slowed down his racing activities in 1991, participating in just five races with Jaguar prototypes, including fourth place at Le Mans in the #33 Jaguar XJR-12 he was sharing with Derek Warwick and Andy Wallace.

In 1992, Nielsen left Jaguar and focused on regional and national touring car races in a BMW M3. However, he returned to sports car racing in June, joining Porsche Kremer Racing at Le Mans.

He was sharing the #51 Porsche 962CK6 with Manuel Reuter and Giovanni Lavaggi, finishing seventh overall and second in C3 class.

In 1993, Nielsen rejoined Jaguar in two greatest races, at Daytona and Le Mans. At Daytona, he retired in a Bud Light Jaguar XJR-12, driving two cars during the race but neither one finished the race.

At Le Mans, his #50 Jaguar XJ220C was disqualified due to illegal exhaust a month after the race in which he, David Coulthard and David Brabham scored GT class victory.

During 1993, Nielsen was driving Seikel Motorsport's Honda NSX in the ADAC GT Cup, scoring no wins or podiums in seven races. Next year, in June 1994, he came to Le Mans with Seikel Motorsport, driving the #58 Porsche 968 Turbo RS in GT2 class. He was sharing a car with Thomas Bscher and Lindsay Owen-Jones, not finishing the race.

For the rest of the season, Nielsen was driving Seikel Motorsport's Porsche in the International GT Endurance Series but without notable results.

In 1995, Nielsen found a new challenge in the BPR Global GT Endurance Series, driving the #8 McLaren F1 GTR for the British West Competition/David Price Racing. He scored two wins in eleven races, at Monza and Donington, taking the championship title together with Thomas Bscher.

They participated also at Le Mans 24 Hours in the #49 McLaren, sharing a car with Jochen Mass. They retired after 131 laps because of an accident.

He was much more successful in Japan where he was sharing the #61 McLaren F1 GTR with David Brabham. They were the best pair in GT500 class, taking the championship title ahead of teammates Naoki Hattori and Ralf Schumacher.

Nielsen spent one more season in a McLaren F1 GTR, driving a car for Gulf Team Davidoff in the 1997 FIA GT Championship. In ten races, he was on a podium two times, sharing a car with Thomas Bscher. They didn't start at Le Mans because a car was damaged by fire prior to the race.

Besides racing with McLaren, he won the Monza 1000 Kilometers race in a Kremer K8-Porsche, sharing a car with Thomas Bscher.

After three seasons with McLaren, Nielsen's new race car was a Porsche 911 GT1 which he was driving for Millenium Motorsport in the 1998 British GT Championship. He and Thorkild Thyrring were sharing the #11 car in three races, winning at Croft Circuit.

In 1999, Nielsen joined Kremer Racing in the Sports Racing World Cup, driving the #10 Lola B98/10-Ford. His co-driver was the South African Grant Orbell. Their best result was the second place at Magny-Cours.

For the 2000 SWRC season, Nielsen joined Panoz Motorsports/Team Den Blå Avis to drive the #8 Panoz LMP-1 Roadster. Sharing a car with Thorkild Thyrring, he reached one podium at Monza. Nielsen was also driving a Panoz at 2000 Le Mans race, not being classified after 205 laps.

Racing with Nissan Primera in the Danish Touring Car Championship

In 1999, Nielsen joined Nissan's team in the Danish Touring Car Championship, driving a Nissan Primera GT. After a part-time schedule in 1999, he spent a full season in the 2000 DTCC and finished second in the points, behind Peugeot's Michael Carlsen.

His third and last DTCC season with Nissan was 2001. He was a race winner once, finishing seventh in the points.

In the early 2000s, Nielsen was combining sports car and touring car competitions. He was driving Dome S101-Judd prototype for Team Den Blå Avis in the 2001 FIA Sportscar Championship and at Le Mans.

In the championship, he finished second in SR1 class, together with his teammate Hiroki Katoh. At Le Mans, they didn't finish the race.

In 2002, Nielsen was driving Cirtek Motorsports' Porsche 996 GT3-R in one round of the FIA GT Championship and RN Motorsports' Reynard-Zytek at Petit Le Mans. Next year, he rejoined RN Motorsports in a few races with their DBA-Zytek prototype. He was also using that car at 2003 Le Mans, finishing 22nd overall and second in LMP675 class. In the following years, Nielsen returned to Le Mans in 2004 with Lister Racing and in 2006 with Zytek Engineering/Team Essex. 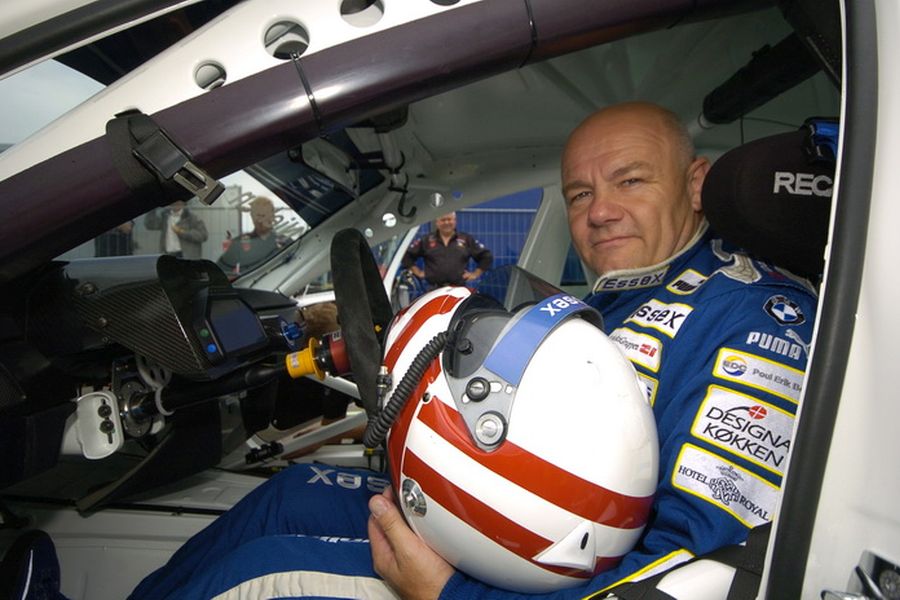 Parallel to his sports car racing commitments, Nielsen was developing his touring car career in the national touring car championship. The 2002 DTCC season was his first in a BMW 320i. He finished third in the points. He was third again in 2003, behind Jan Magnussen and his teammate Casper Elgaard. In 2004, he dropped to seventh place at the end of the season and hen progressed to the fifth place in 2005.

In 2006, Nielsen was again on a podium, finishing third in the championship. This time, his teammate Casper Elgaard was a champion and Jan Magnussen was second. In 2007, Nielsen was a vice-champion in a BMW 320si E90, losing a title to Seat's Michel Nykjaer. Nielsen's last DTCC season in a BMW was 2009 when he finished just 13th in the points.

After a couple of seasons out of professional racing, Nielsen returned to the full-time schedule in 2012, driving a Chevrolet Camaro in the Danish Thundersport Challenge. He finished in the third place, behind Jan Magnussen and Dennis Lind.

Next year, Nielsen was among the front-runners again, driving a Ford Mustang and finishing second in the championship behind Dennis Lind. Nielsen's last competitive season was 2014 when he finished 8th in the Danish Thundersport Championship with Dodge Challenger. 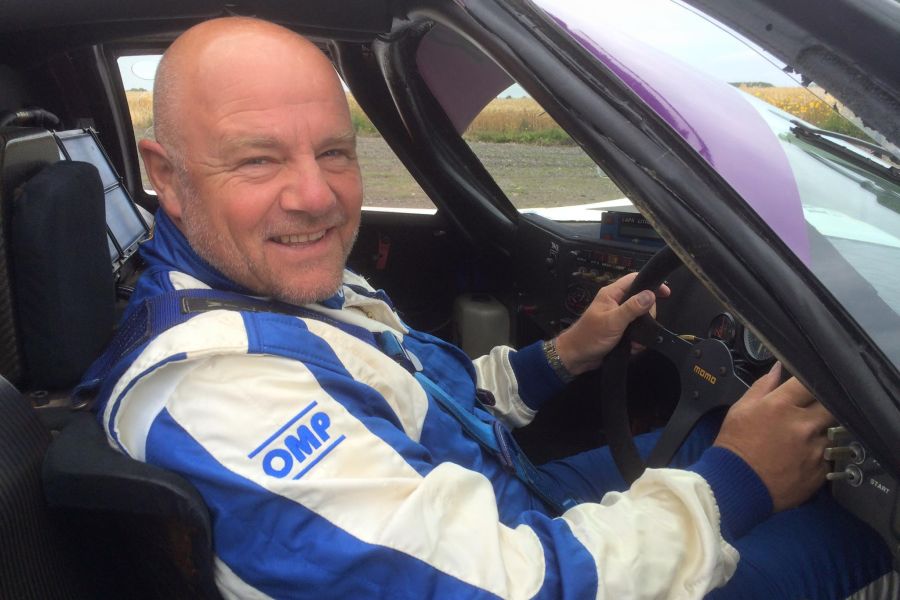 John Nielsen was active until 2014