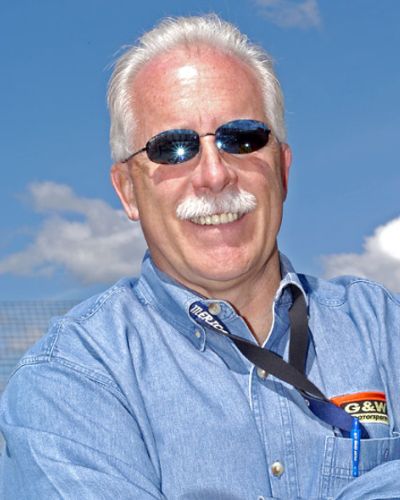 Price Cobb is an American former racing driver whose greatest success in a career is a victory at 24 Hours of Le Mans in 1990, together with Martin Brundle and John Nielsen in a Jaguar XJR-12.

Cobb was among the front-runners in the IMSA Sportscar Championship for many years, finishing five times in the top three but never winning a championship. For a short time, in 1998 and 1999, Cobb was a team owner in the Indy Racing League but without any success. 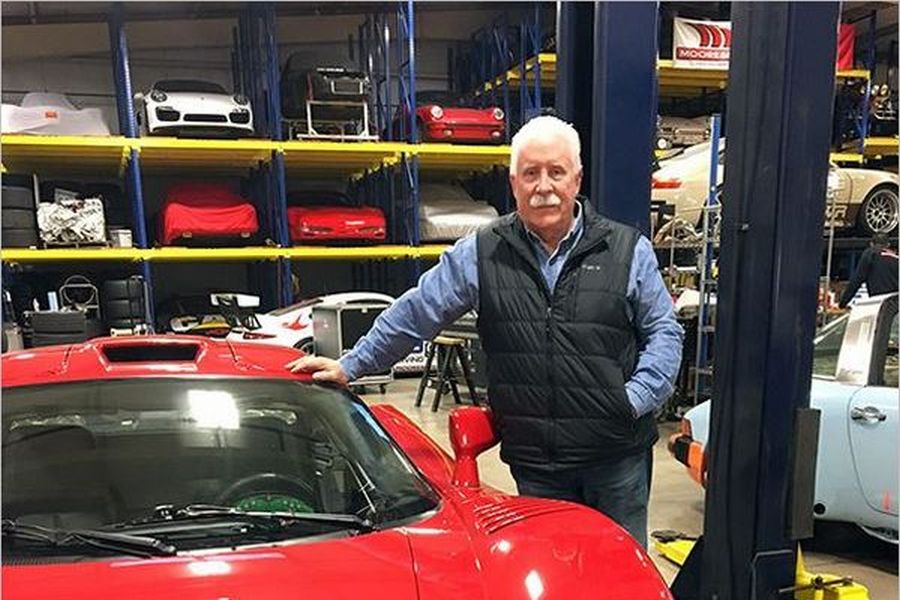 Born in December 1954 in Texas, Price Cobb started his international racing career in the mid-1970s, participating in the open-wheel competitions. He was a regular competitor at the Grand Prix de Trois-Rivieres in Canada, claiming the greatest success in 1977 when he won a race in a March 77B-Ford. Next year, he was second, sharing a podium with a winner Bill Brack and third-placed Didier Peroni.

In that time, Cobb raced in the IMSA Formula Atlantic or CASC Player's Challenge Series. He was Formula Atlantic vice-champion in 1976, behind Gilles Villeneuve, and then third in the points in 1978, behind Howdy Holmes and Keke Rosberg.

In 1979, besides his Formula Atlantic commitments, Cobb expanded his racing schedule with few starts in the Can-Am Challenge, driving a Lola T332-Chevrolet for Nelkin Racing.

Cobb's last year in Formula Atlantic was 1982 and then, in 1983, he raced in the Formula Super Vee, scoring four wins and finishing second in the points. In 1983, he also traveled to Macau to participated in the Formula 3 Macau Grand Prix, finishing 12th with Alan Docking's Ralt-Toyota. 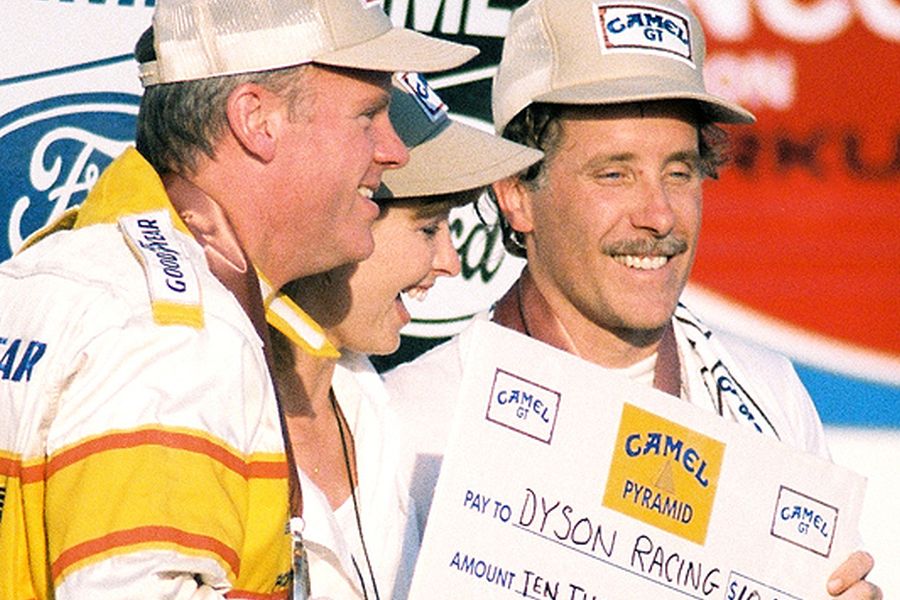 In 1984, Cobb moved his career to sports car racing, making an IMSA GTO Championship debut with Oftedahl Racing's Pontiac Firebird. In 1985, he joined Dyson Racing to drive the #16 Porsche 962 and scored his first IMSA victory, together with Drake Olson at Columbus 500 race.

In 1986, he raced his first full season in the IMSA GTP Championship, scoring three wins in the #16 Porsche 962 (at Riverside, Charlotte and Sears Point) to finish second in the championship, behind Al Holbert. In June 1986, Cobb also made a debut at 24 Hours of Le Mans, driving the #14 Liqui Moly Porsche 956B. Sharing a car with Mauro Baldi and Rob Dyson, he finished in the ninth place.

In 1987, Cobb stayed with Dyson Racing and recorded three wins again, finishing again second in the IMSA GTP Championship. This time, the champion was Chip Robinson. Cobb was a winner at Road Atlanta, Watkins Glen and  Road America, and finished third at Daytona 24 Hours.

In 1988, Cobb stayed with Dyson Racing in the North American sports car championship but also raced with Vern Schuppan's Omron Racing in the Japanese Sports-Prototype Championship. In the US, Cobb was a race winner two times (Miami and San Antonio) to finish third in the final points. His co-driver was James Weaver.

Cobb was also third in the Japanese championship after he scored two podiums in four races in a Porsche 962C which he was sharing with Kenny Acheson. 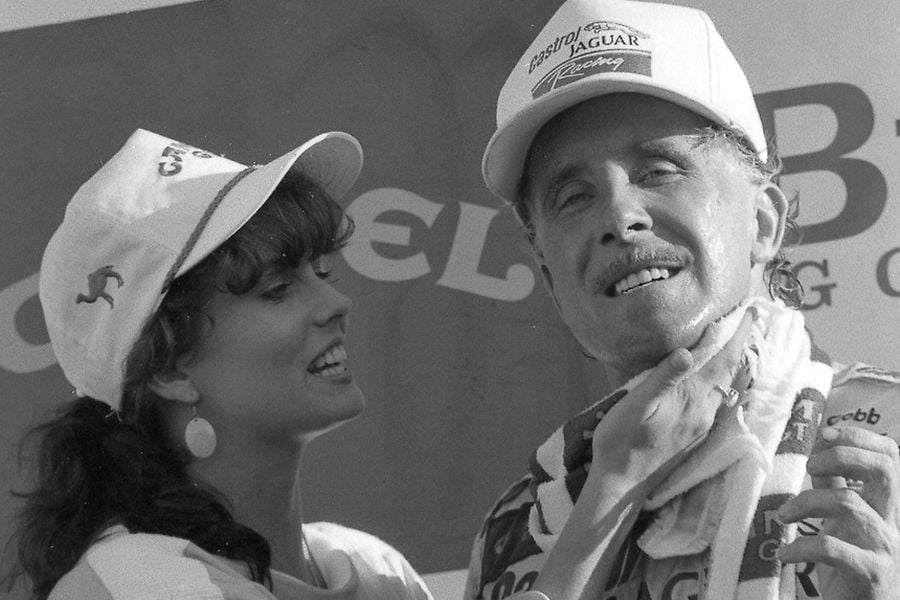 Miss Camel GT is kissing Price Cobb after a victory in1989

Podiums at Daytona and Sebring with Jaguar in 1989

Although he was racing with Porsche in championship races, Cobb joined Silk Cut Jaguar team already in 1988, driving the #21 Jaguar XJR-9 LM at 24 Hours of Le Mans. Sharing a car with Danny Sullivan and Davy Jones, he finished in 16th place.

In 1989, Cobb joined Jaguar on a full-time basis, driving the  #61 Jaguar XJR-9 or #60 Jaguar XJR-10 for Castrol Jaguar Racing in the IMSA GTP Championship. He scored two wins and P2 both at Daytona and Sebring, finishing third in the points. At Le Mans, he didn't finish the race.

In 1990, Cobb opened a season with a podium at Daytona 24 Hours. He finished second in the #60 Jaguar XJR-12 which he was sharing with Martin Brundle and John Nielsen. Later in the IMSA season, Cobb and Nielsen scored one victory in the #61 Jaguar XJR-10 at Lime Rock.

The highlight of the season but also the highlight of Cobb's career was a victory at 24 Hours of Le Mans in June 1990. He won a race in the #3 Silk Cut Jaguar XJR-12, together with Martin Brundle and John Nielsen. 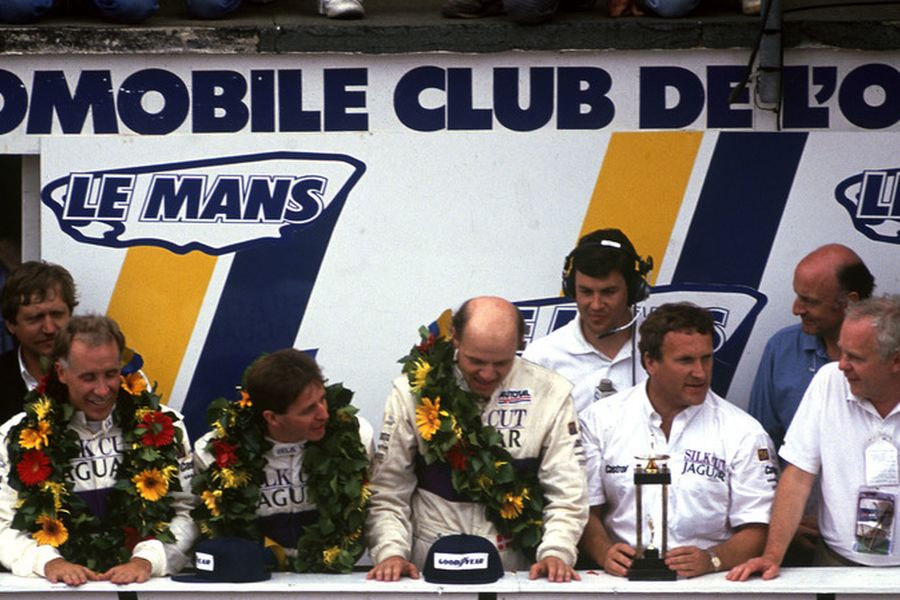 Cobb's last race in 1990 was in the #63 Mazda RX-7 GTO car at Del Mar 1-hour race. It was just an announcement of his move to Mazda Motorsports for the 1991 IMSA GTO Championship season. Spending a season in the #63 Mazda RX-7, he scored two wins and finished third in the points.

Cobb stayed with Mazda Motorsports in 1992, switching to GTP class with Mazda RX-792P. He reached just one podium to finish eighth in the championship.

One victory in the 1995 Trans-Am season

Cobb returned to full-time racing in 1995, driving a Chevrolet Camaro for Rocketsports in the Trans-Am Series. He won the season-opening race at Phoenix International Raceway. It remained his only win and he finished seventh in the final standings.

Outside Trans-Am, Cobb scored one podium with Brix Racing in the IMSA Championship, finishing third at Watkins Glen 3 Hours in a Spice BDG-02.

The season 1995 was the last full-season in Cobb's career but he was active for more than ten years after that, recording his last race in 2006. He returned to Le Mans 24h two more times. In 1996, he was driving the #48 Chrysler Viper GTS-R for Canaska Southwind Motorsport, finishing tenth overall and 8th in the GT1 class. In 1997, he didn't finish the race at Circuit de la Sarthe in the #67 Saleen Mustang.

In 1999, Cobb Racing participated in just four rounds of the IRL season, running the #50 G-Force for Roberto Guerrero in three races and the #96 car for Jeret Schroeder in one race.