Ron Fellows is a former racing driver from Canada who achieved most of the success in the American Le Mans Series, capturing three championship titles in the GTS class for three years in a row between 2002 and 2004.

In the 2000s, he was also successful at 24 hours of Le Mans, scoring two GTS class wins (2001, 2002) and five more class podiums. He was also an overall winner of Daytona 24 Hours in 2001. He achieved all that driving a Chevrolet Corvette for Corvette Racing team.

Fellows was also successful in other racing disciplines, finishing four times among the top 3 drivers in the Trans-Am Series and scoring six wins in NASCAR national divisions.

Outside of racing, Fellows is a successful businessman involved in motorsport. He owns the Ron Fellows Performance Driving Schools and is one of the owners for Corvette's racing operations. In 2011, he purchased the Canadian Tire Motorsports Park racetrack.

As a proud Canadian, born in Windsor, Ontario, still as a kid Ron became a big fan of the greatest Canadian racing driver Gilles Villeneuve, creating one of the biggest collections of Villeneuve merchandise in Canada.

Ron was attending races at a young age, having an opportunity to watch his idol in F1 races at Montreal's track, that eventually would be named Circuit Gilles Villeneuve after driver's death in 1982.

Late start of a professional career

Ron's racing career started with go-karts, then he participated in the Formula Ford but a lack of funds forced him to leave racing. After a nine-year absence, he returned to race tracks in 1986, attending a driving school of Richard Spenard and entering Player's GM Challenge in a Chevrolet Camaro.

In 1987, the SCCA Trans-Am Series became his main competition and he remained loyal to that series until the recent years, recording his last Trans-Am race in 2014.

In 1987, he was driving Buick Somerset for Oftedahl Racing and then Mercury Merkur XR4Ti for MacKenzie Group and Roush Racing in 1988. He reached his first podium at Mosport in September 1988. The first victory came a year later, at Mosport, in a Roush Racing's Ford Mustang.

In the following years, Fellows became one of the most successful drivers in the history of Trans-Am, recording twenty wins, although he never won a championship.

Trans-Am Series runner-up for three years in a row

Year by year, Fellows progressed in the overall standings, being 5th in 1991 and 4th in 1992, almost reaching the top in 1993, when he was a championship runner-up behind Scott Sharp. In 1994, he was second in the points again, behind Scott Pruett.

For the 1995 season, Fellows switched from Ford Mustang to Chevrolet Camaro, finishing as a vice-champion for the third year in a row. This time, a champion was Tommy Kendall. The season 1996 was his last full season in the Trans-Am Series. He won four times to finish fourth in the points. 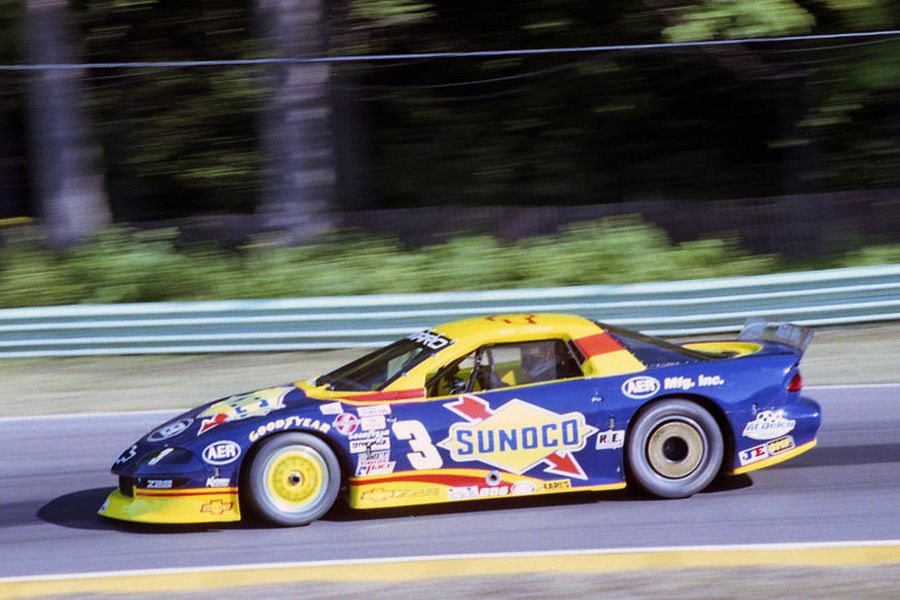 Ron Fellows in a 1996 Chevrolet Camaro

While driving in the Trans-Am Series, Fellows also tried other racing disciplines. In January 1993, he participated in Daytona 24 Hours in a Tom Gloy Racing's Ford Mustang, didn't finishing the race.

In August 1995, he made a debut in the NASCAR Winston Cup Series, driving for Canaska Racing at Watkins Glen. He retired after 40 laps in the #68 Chevrolet.

In 1997, Fellows left Trans-Am Series to find some new challenges, particularly in the sports car racing and stock car racing. He participated in two races of the IMSA Championship. At Daytona 24 Hours, he retired in Johnny Unser's Callaway C7-R.

In August, he won the IMSA race at Mosport Park, driving the #43 Ferrari 333 SP for Central Arkansas Racing Services. His co-driver was Rob Morgan.

In 1997, Fellows recorded six starts in NASCAR's Busch Series and Truck Series. His only start in the Busch Series was in Phoenix Racing's Chevrolet at Watkins Glen, where he finished 25th.

He made five starts in the Craftsman Truck Series,  driving the #48 Chevrolet Silverado for Billy Hess. He failed to finish first two races and then shined out at Watkins Glen in August, winning the Parts America 150 ahead of Mike Bliss and Jack Sprague.

In 1998, Fellows made eight starts in all three NASCAR national divisions. His second NASCAR's victory and the first in the Busch Series came at Watkins Glen's Lysol 200, where he was driving the #87 Chevrolet for Joe Nemechek.

In the Truck Series, he made five starts with Hess Racing, taking pole position at Watkins Glen and finishing best in the seventh place at Texas Motor Speedway. In the Winston Cup Series, he participated in two races for Buzz McCall's American Equipment Racing.

At Sebring 12 Hours, he, John Morton and John Graham finished 9th overall and 3rd in the GT2 class in a CJ Motorsports Porsche 911 GT2. In October, they retired with that car at Petit Le Mans.

In 1999, Fellows started his association with GM's Corvette Racing program, joining the team in the inaugural season of the American Le Mans Series. It turned to be the most successful period of his career, with numerous victories and titles in the following decade.

In his first season with Corvette Racing, Fellows participated in five ALMS races in the #2 Chevrolet Corvette C5-R. The team scored three podiums in the GTS class, finishing sixth in the points.

In 2000, Fellows started a season with second place at Daytona 24 Hours, in a Corvette he was sharing with Justin Bell and Chris Kneifel. The race was a part of the Grand-Am Sports Car Series. In the American Le Mans Series, the first victory came at Texas Motor Speedway, where Fellows and Andy Pilgrim were the GTS class winners in the #3 Corvette C5-R.

In June 2000, Fellows debuted at 24 hours of Le Mans. He, Justin Bell and Chris Kneifel finished 11th overall and 4th in the GTS class.

In 2001, Fellows became a regular race winner in the American Le Mans Series but the greatest victories came outside ALMS.  In February, he scored an outright victory at Daytona 24 Hours, sharing a Corvette with Johnny O'Connell, Chris Kneifel and Franck Freon. Four months later, in June, he won the GTS class at Le Mans 24 Hours, sharing the #63 Corvette with Johnny O'Connell and Scott Pruett.

In the 2001 American Le Mans Series, Fellows has won five races in the GTS class alongside Johnny O'Connell, bringing the teams' title to Corvette Racing. In the drivers' standings, he was third.

In June 2002, he defended a GTS class victory at Le Mans, sharing the #63 Corvette with Johnny O'Connell and Oliver Gavin.

It was a golden period for Corvette Racing in the American Le Mans Series. In 2003, both the team and Ron Fellows defended their GTS titles. Ron was a winner three times, including Sebring 12 hours, sharing a car with Johnny O'Connell and Franck Freon.

One more double triumph followed in 2004 when Fellows has won five races, including Sebring 12 Hours. Johnny O'Connell was again his teammate, plus Max Papis at Sebring.

It was also a good period at Le Mans, as Fellows captured two GTS class podiums, finishing third in 2003 and second in 2004. 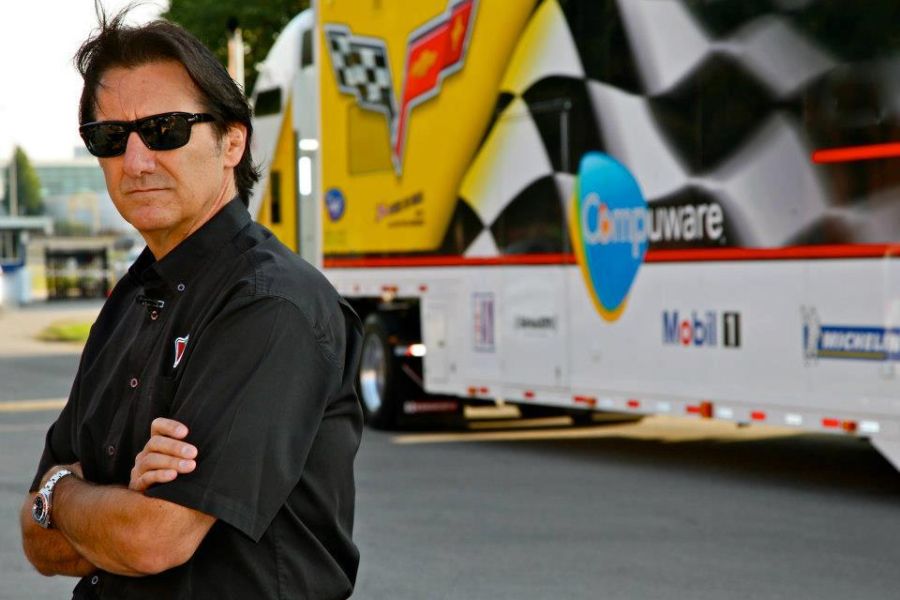 Driving for Corvette Racing until 2008

In 2005, Fellows finished second in the ALMS GTS classification, handing a championship title to teammates Oliver Gavin and Olivier Beretta. Fellows stayed with Corvette Racing in the American Le Mans Series until 2008, ending a season fourth in 2006 and fifth in 2007.

Ron Fellows raced in NASCAR until 2013

While racing in the ALMS, Fellows never left NASCAR, participating occasionally in all three national divisions. He never won in the Cup Series but collected four wins in the Busch/Nationwide Series and two wins in the Truck Series, becoming the most successful foreign-born driver in NASCAR's top three series.

He had a dream to win at the Circuit Gilles Villeneuve, which bears a name of his idol. He finally accomplished that in August 2008, winning the NAPA Auto Parts 200 Nationwide Series race in the #5 JR Motorsports Chevrolet. 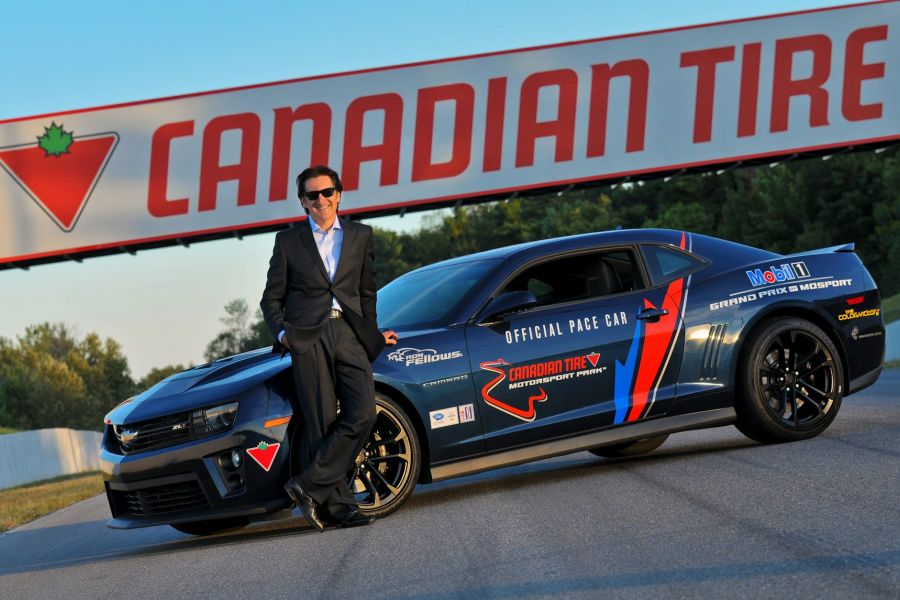 Ron Fellows is an owner of the Canadian Tire Motorsport Park

Racing in NASCAR until 2013, last race in Trans-Am Series

Ron Fellows had the last race with Chevrolet Racing in October 2008, winning the GTS class at Petit Le Mans. At the age 49, he ended his professional career to focus on business opportunities, but he never quit racing entirely.

He appeared in NASCAR races until 2013, collecting in total 25 Cup Series starts and 25 Busch/Nationwide Series starts. His last NASCAR race was the Nationwide Children's Hospital 200 at Mid-Ohio Sports Car Course in August 2013.

His last race was a one-off appearance in the Trans-Am Series at Canadian Tire Motorsport Park in May 2014. He won the race in TA class, driving a Chevrolet Corvette, to make a victorious ending of an impressive career.