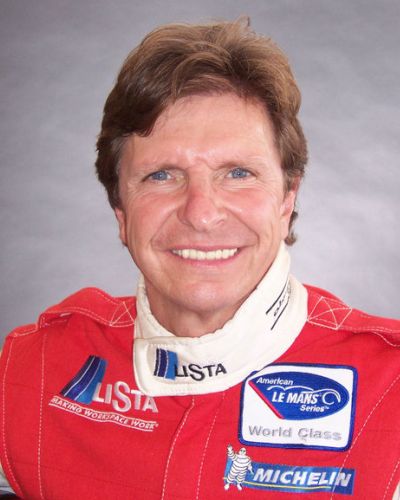 Didier Theys is a Belgian former racing driver who achieved exceptional results in sports car racing, mostly in North America. He was the 2002 Grand-Am Rolex Sports Car Series champion, winning the Daytona 24 Hours in the same year. He was a two-time Daytona winner (1998, 2002), Sebring 12 Hours winner in 1998 and Spa 24 Hours winner in 1987. At Le Mans 24 Hours, his best result in thirteen participations was the third place overall in 1999. 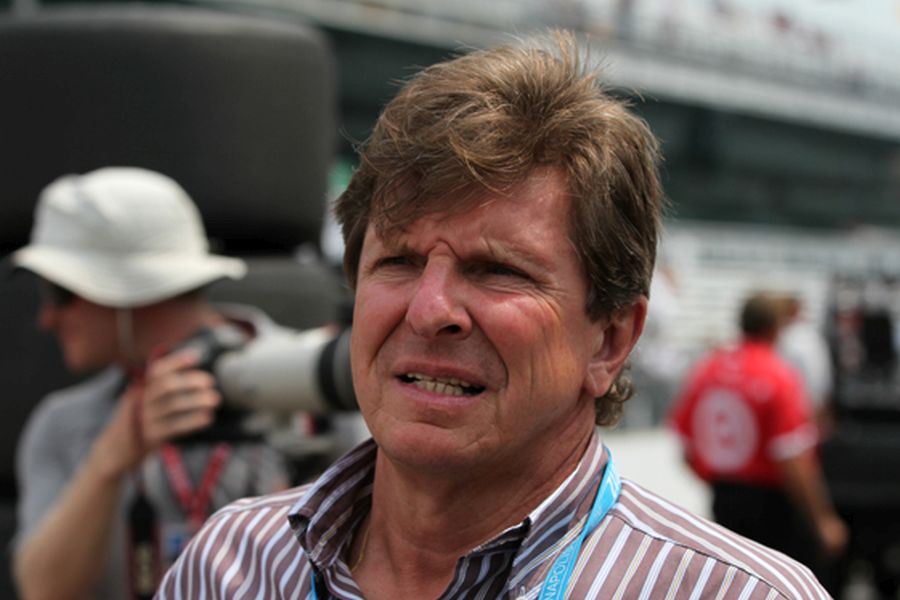 Born in October 1956, Theys gained his first racing success in karting competitions, winning the Belgian karting championship in 1977. After that, he progressed to car racing, both in single-seater and touring car races.

In the late 1970s, he contested in Formula Ford and Formula Renault, progressing to Formula 3 in 1980, but without any notable success. He made a debut at Spa 24 Hours in July 1979, joining Hans-Joachim Stuck and Patrick Neve in the #28 Kinley BMW 530i. They were the fastest qualifiers but retired in the race. A year later, he joined Tom Walkinshaw Racing Mazda Motul Team, finishing 21st at Spa in a Mazda RX-7.

In 1982, while he was contesting with Serge Saulnier's team in the European Formula 3 Championship, finishing fifth in the final standings, Theys made a debut in the world's greatest race, the 24 hours of Le Mans.

He was driving WM P82-Peugeot for Welter Racing Esso Team, sharing a car with Jean-Daniel Raulet and Michel Pignard. They retired after 127 laps. They also recorded DNF at Spa 24 Hours, where he was driving Volkswagen Scirocco for Belgian Audi VW Club.

In 1983, Theys had the similar schedule of races, driving for Ravarotto team in the Formula 3 Europe. He finished sixth in the points. He also participated in one round of the Formula 2 with BMW France team. At Le Mans, Theys had the same co-drivers as the year before and the result was the same. They retired after 102 laps in the #9 WM P83-Peugeot.

In 1984, Theys spent a season in the European Formula 2 Championship, driving the #18 Martini-BMW for Martini Racing/Oreca. Without wins or podiums, he finished eleventh in the points.

After skipping Le Mans in 1984, They returned in 1985 with Brun Motorsport, driving the #19 Porsche 962 C. His co-drivers were Walter Brun and Joel Gouhier. They retired because of an accident after 304 laps. In July 1985, Theys joined Eggenberger Motorsport at Spa 24 Hours, finishing fourth in a Volvo 240 Turbo he was sharing with Pierre Dieudonne and Carlo Rossi.

In 1985, his main competition was the Formula Super Vee in the United States. He was a race winner once, finishing 8th in the points. Next year, he dominated the series and won five races with Martini USA team, becoming the 1986 Formula Super Vee champion.

In 1986, Theys also participated in two races of the World Sports Prototype Championship with Brun Motorsport, retiring at Le Mans and finishing 9th at Spa 1000 km. At Spa 24 Hours, he was driving Volvo 240 Turbo again, not finishing the race.

And then, in 1987, he finally won the greatest race in his country and the greatest touring car race of that time. He, Eric van de Poele and Jean-Michel Martin won the Spa 24 Hours in the #48 Waterloo Motors BMW M3. They beat another BMW M3, entered by BMW Motorsport, by eight laps.

Theys made an Indy Car debut in the season-opening race at Long Beach, driving a Lola-Cosworth for Newman Teamworks and finishing in the seventh place. Later in the season, he started once more with Newman at Road America and with TrueSports at Tamiami Park.

1988 - Theys scored his only Indy Car podium at Miami

For the 1988 CART PPG Indy Car World Series, Theys joined Dick Simon Racing to drive the #22 Lola-Cosworth in eight races. He scored the best result in season's finale at Tamiami Park in Miami, finishing third, behind Al Unser Jr and Rick Mears. It remained the only Indy Car podium in his career. 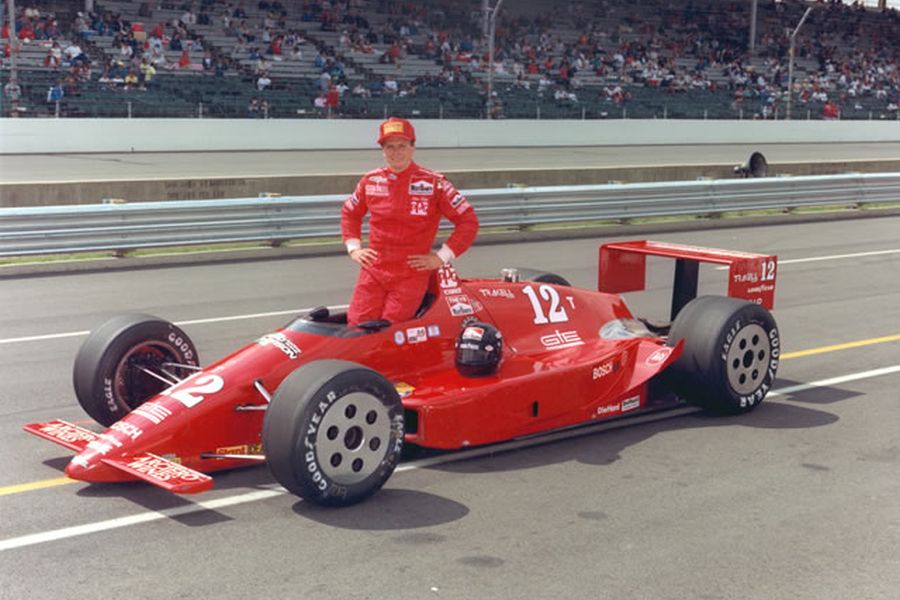 Didier Theys debuted at Indianapolis 500 in 1989

Theys started the 1989 Indy Car season with Arciero Racing, driving the #12 Penske-Cosworth in four races, including a debut at Indianapolis 500, where he finished 20th. In the next four races, he was driving for Hemelgarn Racing and then, in the last four races of the season, for Granatelli Racing. His best result was ninth place at Detroit.

Outside Indy Car, his only race was the Spa 24 Hours, where he was sharing BMW M3 Evo with Steve Soper and Marc Duez. They didn't finish the race.

1991 was the last full season in the Indy Car

In 1990, Theys spent a full Indy Car season with Granatelli Racing. His best result was 7th place in Toronto. At Indianapolis 500, he was eleventh, what remained his best result in the greatest American race. In the season's finale at Laguna Seca, he recorded his only start with AJ Foyt Enterprises, finishing 12th.

In 1991, Theys moved to Leader Card Racing's #21 Lola-Cosworth, participating in eight races. He failed to qualify for the Indianapolis 500. The season 1991 was the last full season in the Indy Car for Theys.

Returning to Le Mans in a Porsche

From 1993 onwards, Theys switched a focus on sports car racing. He returned to Le Mans after five years, driving a Porsche Carrera 2 for Team Paduwa. The race lasted just eight laps. With the same car, he also returned to Spa 24 Hours after four years, finishing in the 16th place together with Paul Belmondo and Jean-Paul Libert.

In February 1994, Theys was driving a Ferrari 348 GTC for Shelton Sports Cars at Daytona 24 Hours, ending a race in the 16th place.

For the 1995 season, They joined Gianpiero Moretti's Momo team to drive a Ferrari 333 SP in the IMSA World Sportscar Championship. His best result in the first season with Ferrari was fifth place, together with Fredy Lienhard, at Sears Point and Mosport.

In February 1996, Theys was second at Daytona 24 Hours, sharing a car with Moretti, Bob Wollek and Max Papis. A month later, he finished third at Sebring 12 Hours.

At 1996 Le Mans 24h, Theys didn't drive a Ferrari but Joest Racing's TWR WSC95-Porsche. He, Michele Alboreto and Pierluigi Martini started first on the grid but retired after 300 laps. 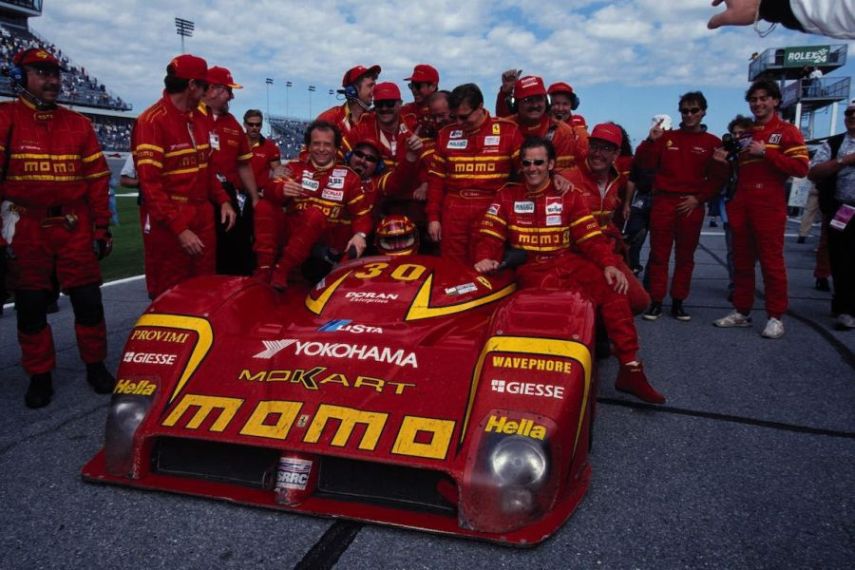 Victories both at Daytona and Sebring in 1998

Theys stayed with Moretti Racing in 1997 but he was still without IMSA wins in a Ferrari, finishing 11th in the championship standings. He managed to win one race in the International Sports Racing Series, together with Fredy Lienhard at Zolder. At Le Mans, Theys, Max Papis and Gianpiero Moretti finished sixth overall and third in the LMP class in the #3 Ferrari 333 SP.

And then, in 1998, Theys scored victories in both greatest North American endurance races. At Daytona, his co-drivers in the #30 Ferrari 333 SP were Gianpiero Moretti, Arie Luyendyk and Mauro Baldi. At Sebring, he won together with Baldi and Moretti.

In the same season, Theys finished third in the International Sports Racing Series, where he was driving Ferrari for Horag-Lista Racing. At Le Mans, Moretti Racing's crew finished 14th overall and third in the LMP class.

In 1999, Theys participated with Doran Enterprises Ferrari in the inaugural season of the American Le Mans Series. Without wins, he finished 15th in the points. He gained some success with Ferrari in other competitions, winning the Grand-Am race at Lime Rock, but the greatest success came with Audi.

In 2000, Theys continued to drive a Ferrari 333 SP in the inaugural season of the Rolex Sports Car Series for Doran Lista Racing. He won two races, at Homestead and Road America, to finish as the championship runner-up behind James Weaver.

At 2000 Le Mans race, Theys was driving the #5 Reynard 2KQ-Mopar for Mopar Team Oreca, finishing in the 20th place. 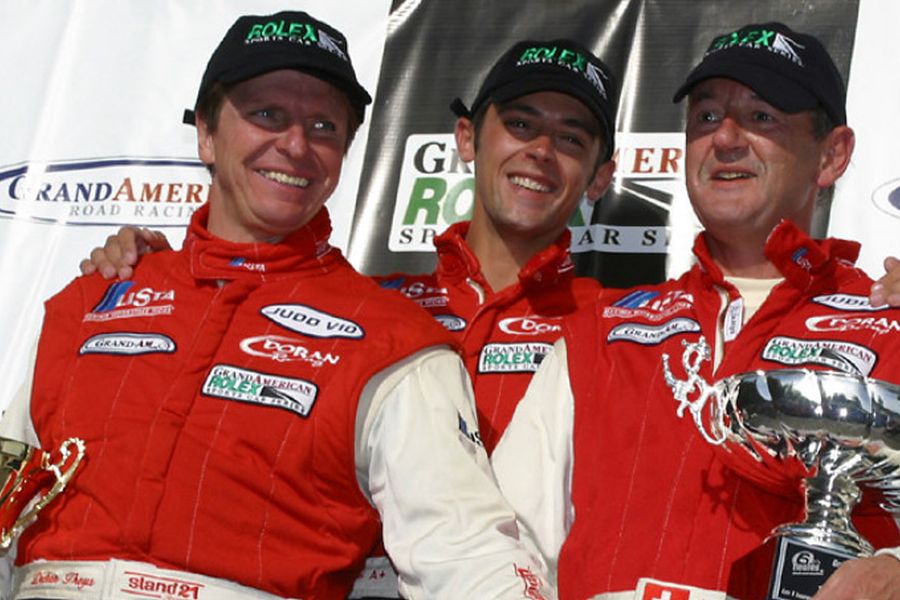 Didier Theys (left) with his teammates in 2002

After six seasons in a Ferrari, Theys was driving a Crawford-Judd for Lista Doran Racing in 2001, but also a Ferrari 333 SP fitted with Judd engine. He was a race winner two times, at Watkins Glen and Road America, to finish third in the championship. At 2001 Le Mans race, he participated in an Audi R8 of the Champion Racing, not finishing the race.

For the 2002 Rolex Sports Car Series, Doran Lista Racing switched to Dallara SP01-Judd. The success was immediate, as they won three races in a row at the start of the season, including Daytona 24 Hours. One more win came in the penultimate race at Mont Tremblant and Theys became a champion. During a season, he was sharing the #27 car with Mauro Baldi, Fredy Lienhard, Max Papis and Fredy Lienhard Jr.

In 2002, while competing in North America, Theys recorded his last Le Mans participation in a career. He joined Riley & Scott Racing to drive their Elan-powered Riley & Scott MkIII LMP900 prototype. His co-drivers were Jim Matthews and Marc Goossens. They retired after 189 laps.

Didier Theys retired from racing in 2009

In 2005, he had a one-off appearance in Rolex Sports Car Series (Daytona) and American Le Mans Series (Sebring), spending most of the time with Horag Lista Racing in the Le Mans Endurance Series. In the following years, until 2008, he had occasional appearances with the Swiss team Horag Racing in different competitions. His last race was the Silverstone 1000 km in September 2008, a part of the Le Mans Series, in a Porsche RS Spyder. His teammates in that last race were Jan Lammers and Fredy Lienhard. At the age 52, Didier Theys closed his successful racing career.