Watkins Glen International, nicknamed The Glen, is the famous American race track which hosted United States Formula One Grand Prix races between 1961 and 1980. In the post-F1 period, The Glen was the venue of numerous NASCAR, IMSA, IndyCar and other events. 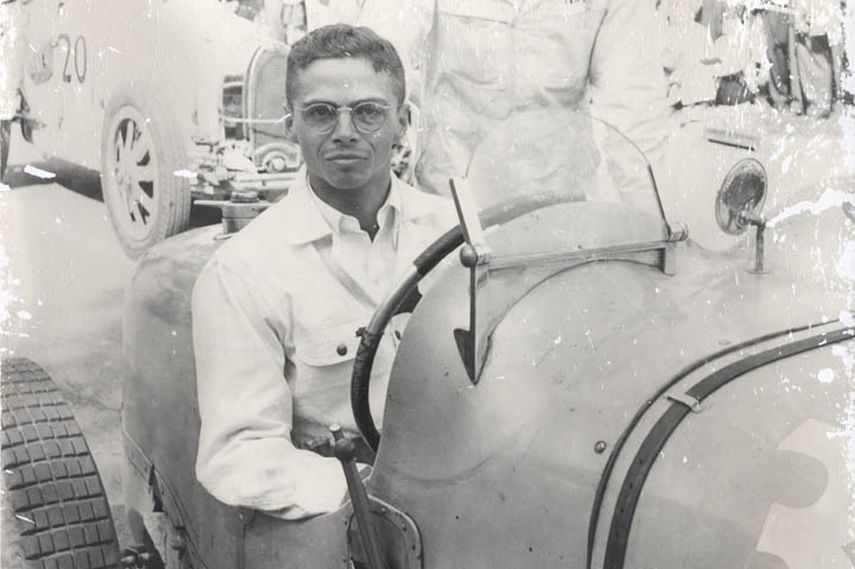 The story began when the law student and sports car enthusiast Cameron Argetsinger, originally from Ohio, who decided to organize races in the village where he spent his summer vacations, in the Schuyler County, State of New York. His dream was to bring the European style competition to America and the dream became reality on October 2, 1948, with the first post-World War II road race in the US.

The race was held at a 6.6-mile street course around Watkins Glen, on the roads with four different surfaces (cement, macadam, oiled gravel and dirt). The winner of the first 8-lap 52.8-mile race was Frank Griswold in a pre-war Alfa Romeo 8C. 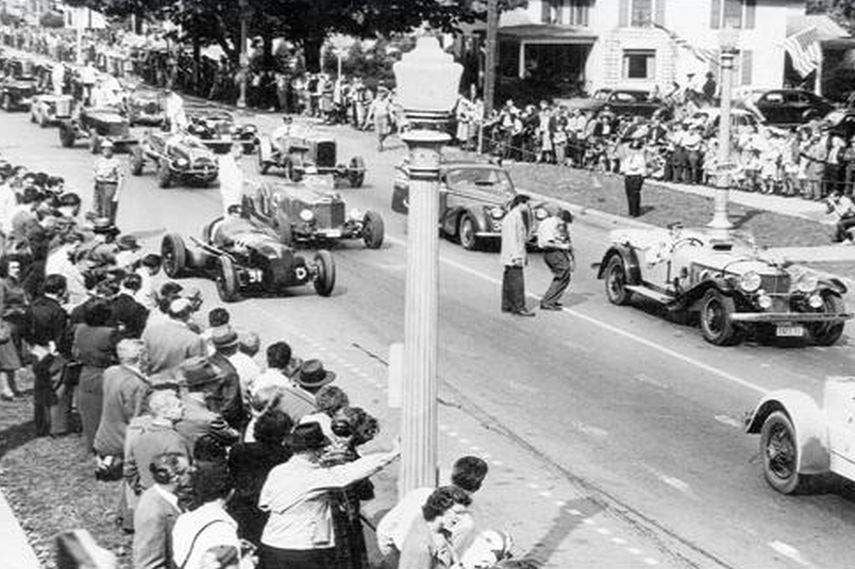 The track was moved outside the village after fatal accidents

In 1950, three spectators were injured during a support race and driver Sam Collier was killed during the Grand Prix. The 1951 event became a part of the new SCCA National Sports Car Championship series. In 1952, twelve spectators were injured and one killed when a car left the circuit in the village. This led the organizers to move the course to a hillside southwest of Watkins Glen for 1953.

In the same year, Argetsinger was named Executive Director of the newly formed Watkins Glen Grand Prix Corporation. Three years later, the group purchased 550 acres (2.2 km2) of land and built a 2.3-mile permanent racing facility, on the place where it lies today. 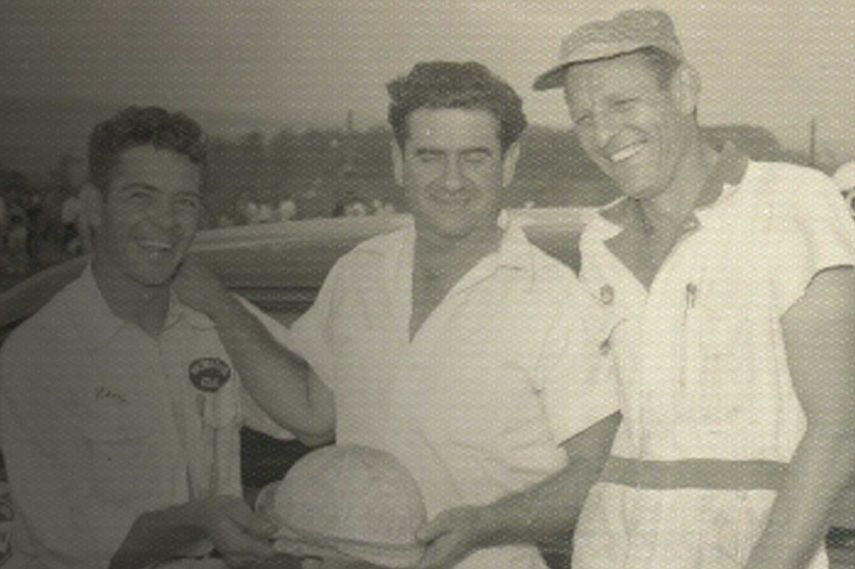 NASCAR debuted at Watkins Glen in 1957

In 1957, NASCAR Grand National Series debuted at Watkins Glen. The race winner was Buck Baker. The circuit became popular worldwide and attracted some of the world’s best road racers, including Stirling Moss, Jo Bonnier, Phil Hill and Dan Gurney for the Formula Libre races which ran from 1958 through 1960.

These events set the stage for Argetsinger’s bid to host the Formula One United States Grand Prix. His timing was perfect after the disappointing results of the previous F1 events at Sebring and Riverside. In 1961, the first F1 Grand Prix race was held and Watkins Glen became the focal point of American road racing for the next two decades. 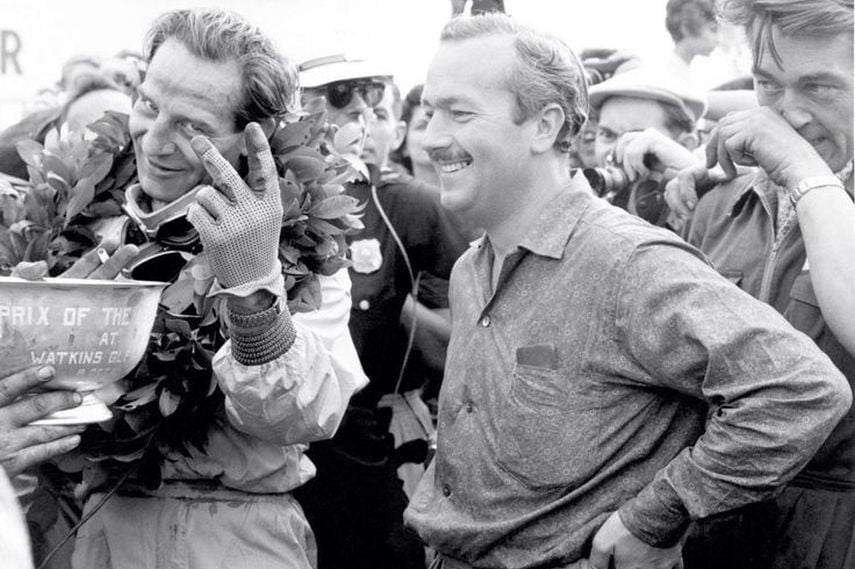 Team Lotus driver Innes Ireland won the inaugural Formula One race, in front of Dan Gurney and Tony Brooks. It remained Ireland’s only victory in his F1 career. Scuderia Ferrari didn’t participate at the event, so the recently crowned World Champion Phil Hill missed the race. Stirling Moss, in his final Grand Prix, retired with engine problems. The race was well attended, with over over 60,000 spectators.

In the following years, only British drivers were winning at The Glen, with three wins each for Jim Clark and Graham Hill, while Jackie Stewart was the winner of the 1968 race. Jochen Rindt stopped the Brits domination and won in 1969. Emerson Fittipaldi and Francois Cevert were the winners in 1970 and 1971, than Jackie Stewart took one more victory in 1972. Until the last race in 1980, the winners were Carlos Reutemann (twice), James Hunt (twice), Ronnie Peterson, Niki Lauda, Gilles Villeneuve and Alan Jones.

The start of the 1964 US Grand Prix at Watkins Glen

In 1971, the Boot was added and track length was increased

The Watkins Glen F1 event became a tradition among the fans, as loyal crowds gathered each autumn on the spread out hills of Upstate New York. It was one of the season’s most popular events with the teams and drivers as well, receiving the Grand Prix Drivers’ Association award for the best organized and best staged Grand Prix of the season in 1965, 1970, and 1971.

In 1971, the owners reconstructed the track and the length was increased to 3.3 miles (5.4 km). The entire lower section of the track was torn up and re-drawn, and there was a whole new Boot section which added more than a mile to the course. It also saw a new pitlane and pit straight and three new corners. Those changes transformed The Glen from a quick small circuit into a fast, scenic and very tough up-and-down circuit with long banked corners and the track became even more popular. 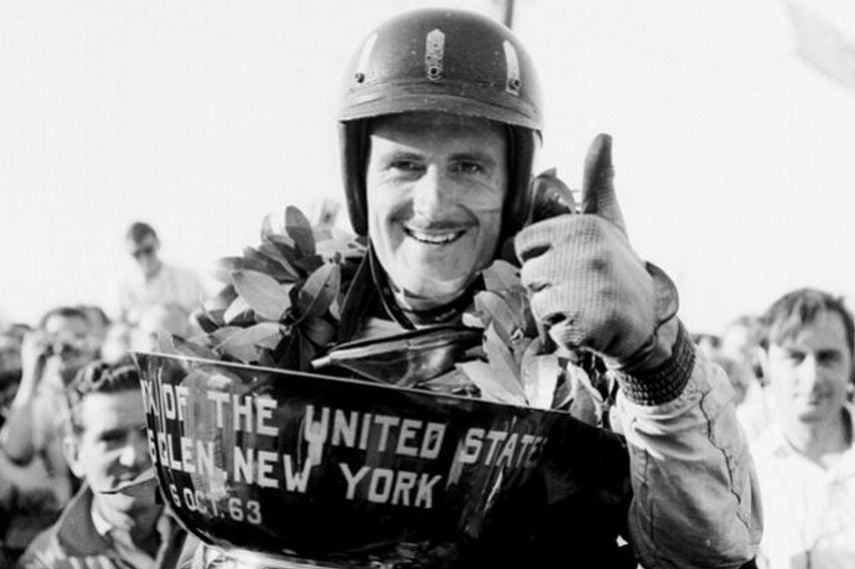 The 1973 F1 event was marked by the horrible fatal accident of Francois Cevert, who crashed with Tyrrell’s car during the qualifying session and died immediately. Next fatality followed at the 1974 Formula One race. The victim was the young Austrian-Helmuth Koinigg in Surtees car.

In total, 11 drivers were killed at Watkins Glen’s various courses since 1948. Cevert and Koinigg were the most notable among them, others were the NASCAR driver JD McDuffie, six drivers in SCCA races, one motorcycle racer and aforementioned Sam Collier. 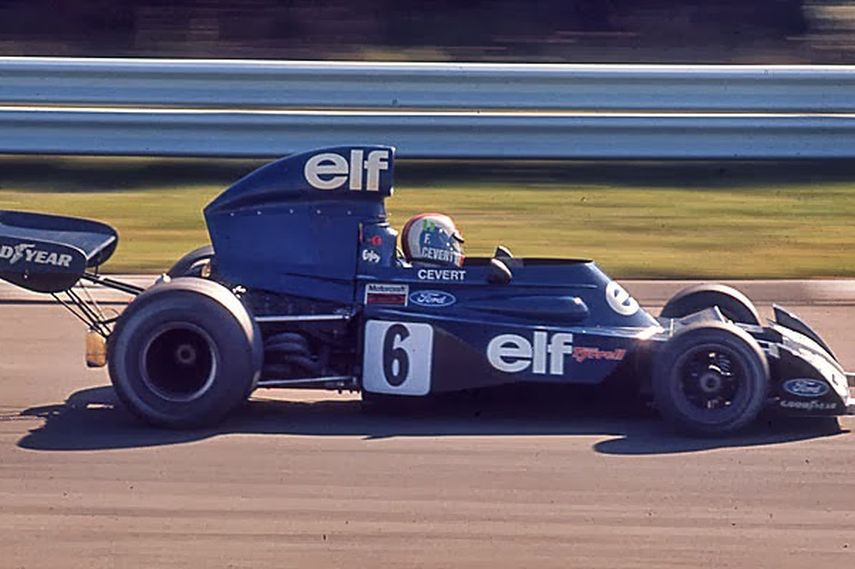 Wide variety of competition during the 1970s

The financial problem caused the cancellation of the 1981 race and after that, Formula One never came back to Watkins Glen. Besides Formula One, the original Watkins Glen Grand Prix was held annually. In 1963, the race switched to the SCCA’s new series, the United States Road Racing Championship. In 1968, the race was expanded to six hours and joined the World Sportscar Championship.

Along with the 24 Hours of Daytona and 12 Hours of Sebring, the Six Hours of Watkins Glen served as an American round of the WSC from 1968 to 1981. The seventies also brought a wide variety of competition to The Glen, including the Can-Am, Trans-Am, Formula 5000 and CART Indy Car Series. CART race in 1981 was the last race before the bankruptcy closed the track. 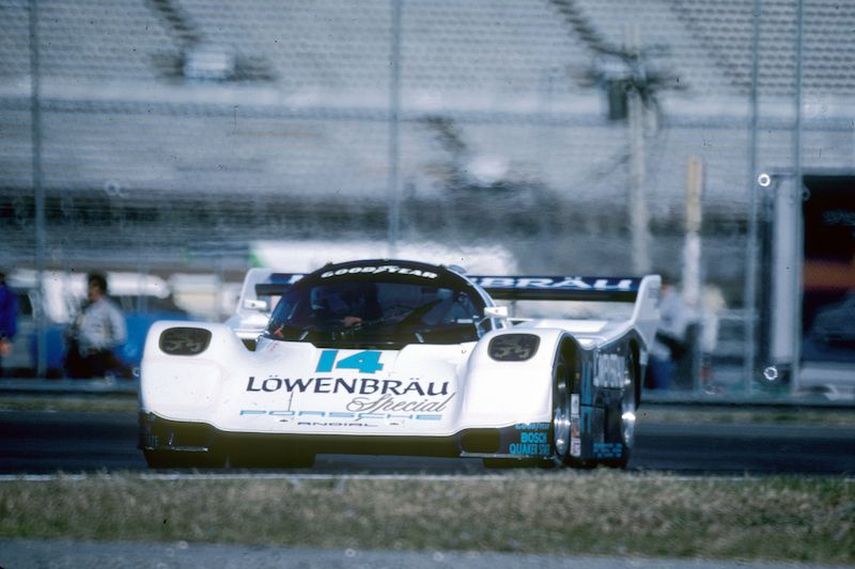 The road course was reopened in 1984

Over the following two years, the track fell into disrepair, hosting only a few non-spectator SCCA weekends. Corning Enterprises purchased the track in early 1983 and formed a partnership with International Speedway Corporation, forming Watkins Glen International.

The Glen reopened on July 7, 1984, with Al Holbert, Derek Bell and Jim Adams driving Porsche 962 to the victory in the inaugural Camel Continental race. Al Holbert and Derek Bell repeated the success in 1985 and 1986. Endurance race at The Glen was a part of the new IMSA GT Championship. 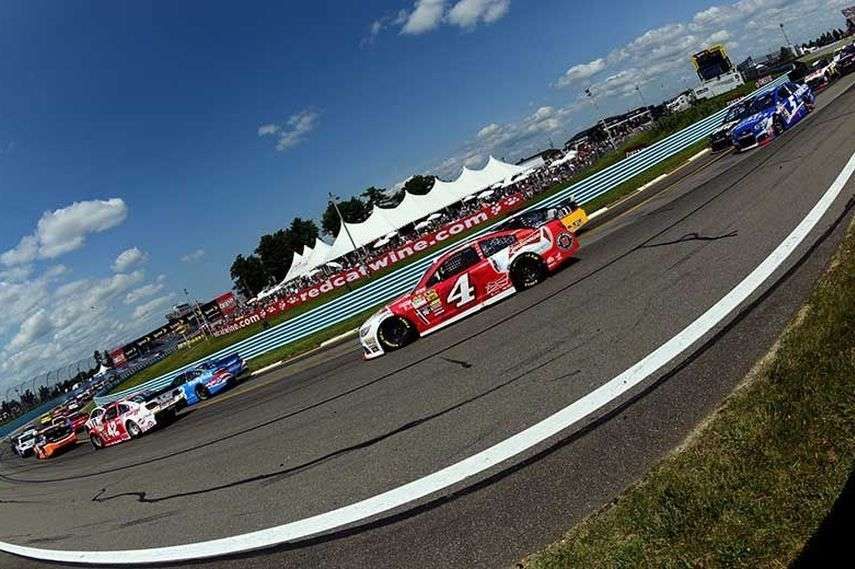 In 1986, NASCAR had returned to Watkins Glen. Cheez-It 355 at the Glen is one of two Sprint Cup road course races

NASCAR returned to The Glen’s road course in 1986

In August 1986, NASCAR returned to the track. Tim Richmond triumphed in the only NASCAR Winston Cup Series road course event. Since 1988, it was one of the three road course races in the NASCAR calendar. The race named The Bud at The Glen became the New York State’s largest motorsports event. In 1991, the programme was expanded with NASCAR Busch Series (now Xfinity). Terry Labonte won the inaugural race.

In 1992, the circuit saw one more major reconstruction. The Glen’s back straight was reconfigured and the Inner Loop was added, so the length of the long course was increased to 3.4 miles, while the short course had 2.45 miles. 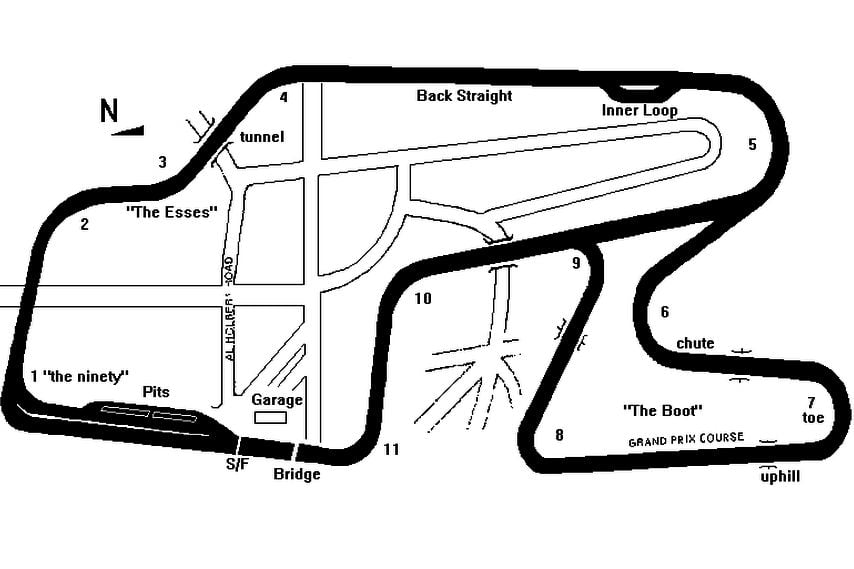 2005 marked the largest capital improvement project at the track since 1971. It also marked the return of the American major single-seater open-wheel series. IndyCar Series competed at Watkins Glen from 2005 to 2010, with three wins of Scott Dixon and one win each for Ryan Hunter-Reay, Justin Wilson and Will Power. 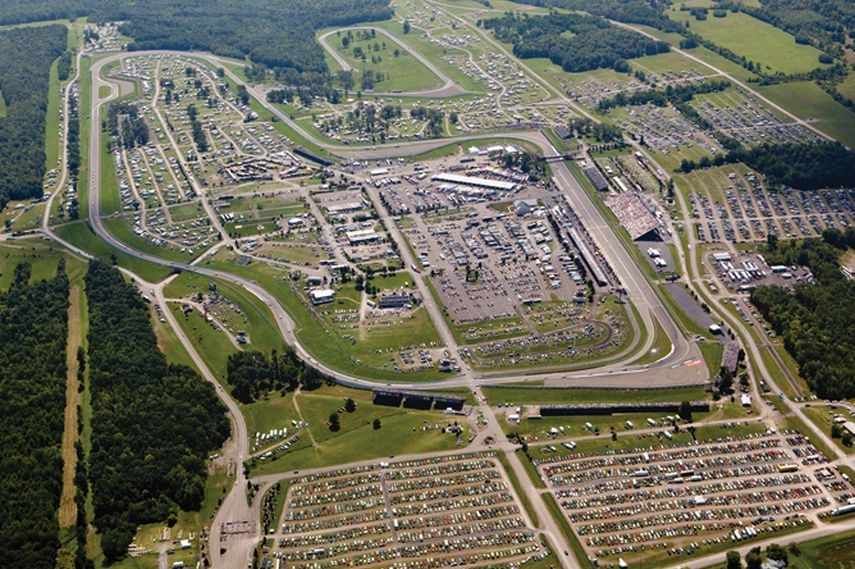 Drivers and fans love Watkins Glen, NASCAR fans even voted The Glen as their favorite track

Six Drivers of the Decade named for the 60th Anniversary

NASCAR fans said it was their favourite track

In the recent years, the Six Hours of The Glen (the long course) was part of the Grand-Am Rolex Sports Car Series (2002-2013) and the United SportsCar Championship (until 2014), with some of the best endurance teams and drivers from all over the world.

Other major series which annually came to The Glen is the NASCAR Sprint Cup, in which the race named Cheez-It 355 at the Glen is one of the two road course races in the calendar. NASCAR drivers compete at the short course. NASCAR fans even voted The Glen as the favorite track in USA Today 2015 readers’ choice. 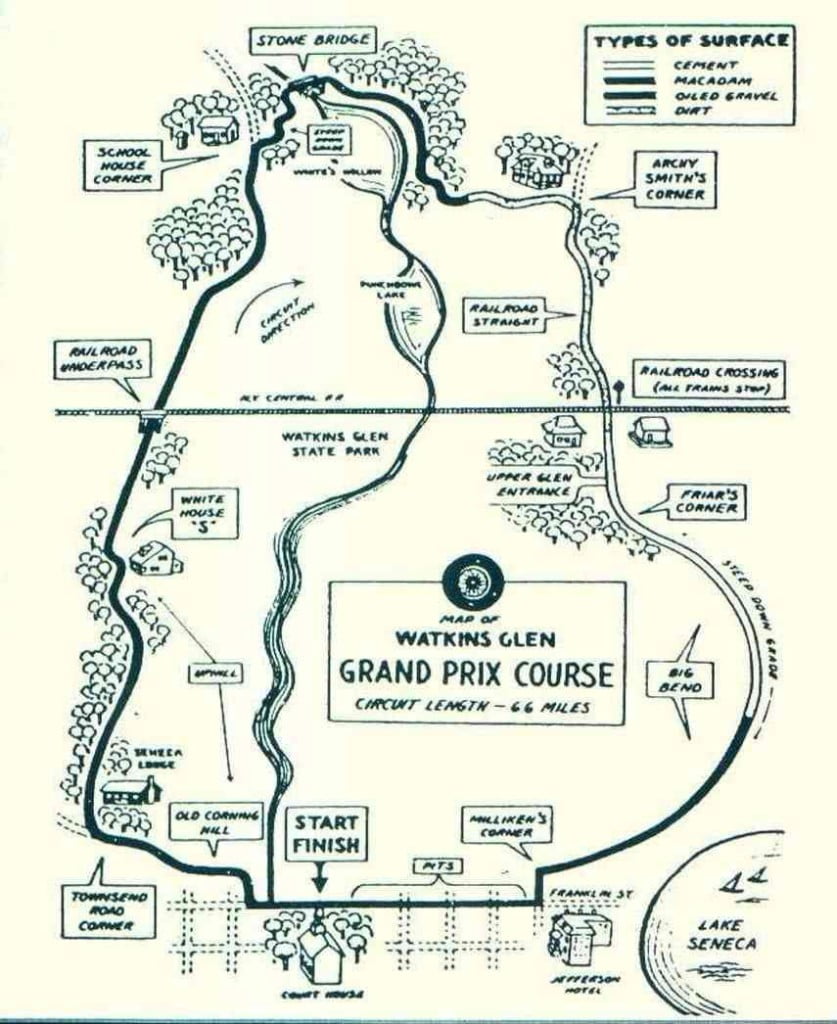