Despite some troubles, Sebastian Vettel won the Hungarian Grand Prix and scored his fourth victory of the season to keep the lead in the Championship before the summer break.

The start of the race was action-packed. Both Red Bull Racing drivers have jumped Lewis Hamilton but Max Verstappen collided with Daniel Ricciardo and pushed him out of the track. However, the Australian was able to return back but soon after he spun, stopped on track and retired. The Safety Car was deployed while Verstappen has received a 10s penalty. 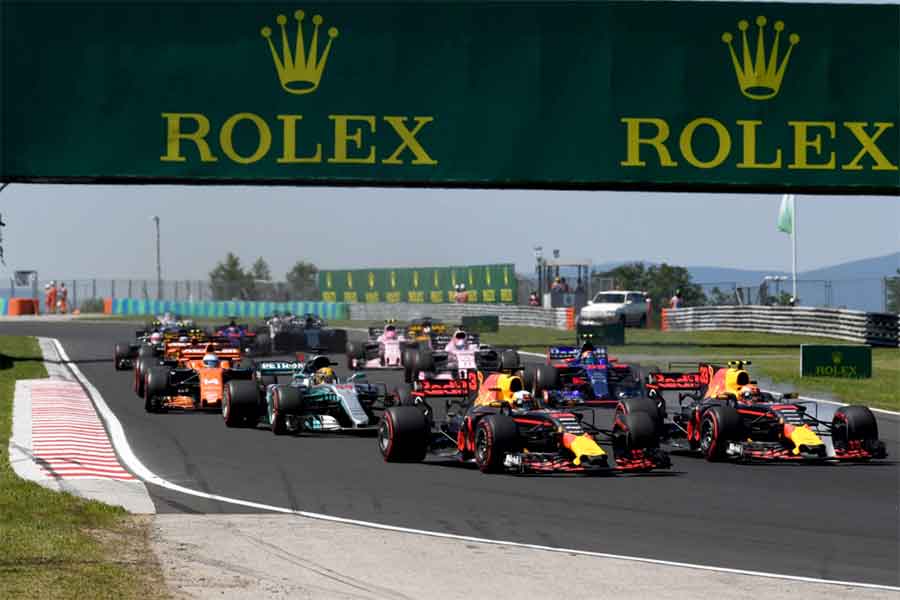 Start of the 2017 Hungarian Grand Prix

After the restart, Sebastian Vettel and Kimi Raikkonen kept their positions, followed by Valtteri Bottas, Verstappen, and Hamilton. Two Ferraris were well ahead to the rest of the grid after 20 laps and at that moment it was clear that only some unpredicted set of circumstances can prevent them from scoring a 1-2 victory.

After pit stop nothing has changed. Vettel and Raikkonen still were at the top but their advantage to Mercedes’ drivers was somewhat reduced. Actually, Verstappen led the race at that moment but he still had to pit and to serve 10s penalty. When he finally did it, Max returned to the 5th position. 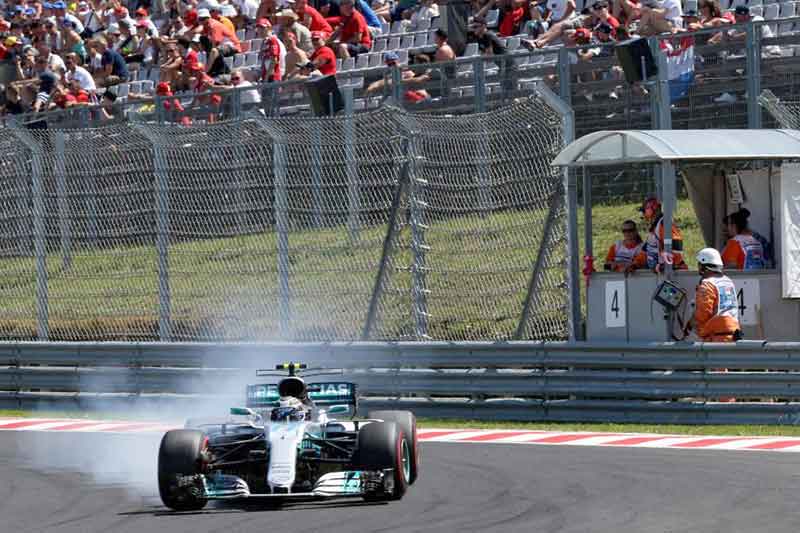 The second half of the race became somewhat problematic for Ferrari. Vettel had some handling issues while Raikkonen struggled to keep Bottas and Hamilton off. With 20 laps to go, Ferrari was put under even bigger pressure. Hamilton took P3 from Bottas and began chasing Kimi but the Finn defended well and helped his teammate to stay safe. 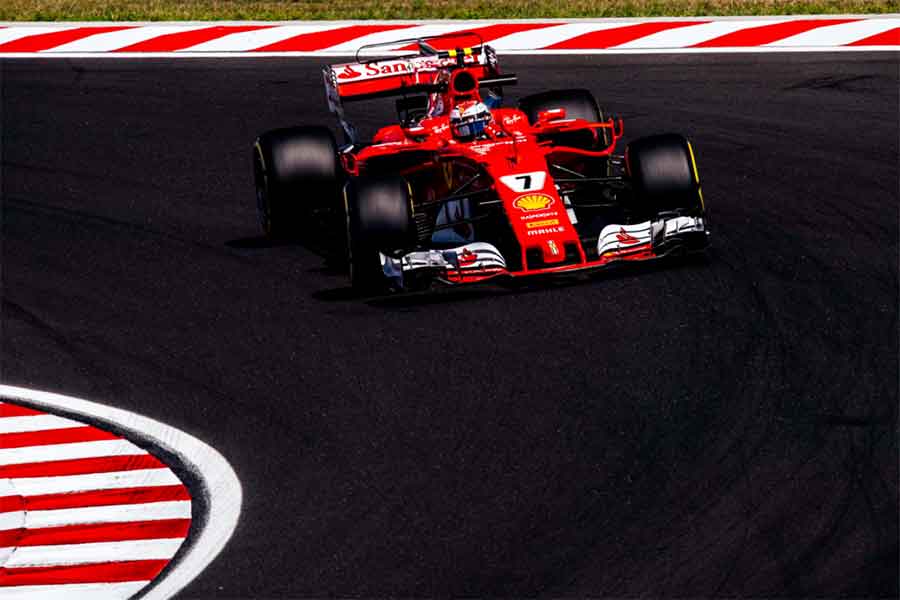 Kimi Raikkonen played a decisive role for Ferrari in Hungary

At the end, Vettel and Raikkonen were able to keep their positions and to score a 1-2 victory for Ferrari this season. Hamilton gave back 3rd place to Bottas on the last lap and finished 4th. Max Verstappen, Fernando Alonso, Carlos Sainz Jr, Sergio Perez, Esteban Ocon, and Stoffel Vandoorne also scored points at Hungaroring.

Click here for the full results of the Hungarian Grand Prix

The next race on the Formula 1 World Championship is Belgium Grand Prix at Spa-Francorchamps Circuit, August 27.