Campbell started his final stint on lap 279 in the fourth place, after taking brand new tyres on both sides of the car. That gave him a necessary speed to chase third-placed Chaz Mostert in the #42 BMW. Campbell got past Mostert at the Chase, giving the BMW slight tap and pushing it off the road. The incident was investigated after the race but there was no penalty for EBM crew.

The Safety Car was deployed then, with only half an hour left. On the restart, Jake Dennis was in the lead and he opened a gap ahead of Raffaele Marciello in the #999 GruppeM Mercedes-AMG GT3. Campbell took over P2 from Marciello on lap 304. With just over eight minutes to go, Campbell went down the inside of Jake Dennis at Forrest Elbow, taking the lead down Conrod Straight.

The #62 Aston Martin finished the race in the second place

Until the end of the race, Campbell increased his advantage to 3.4 seconds ahead of Dennis, taking the comfortable victory. Jake Dennis was sharing a car with Matthieu Vaxiviere and Marvin Kirchhofer.

Four cars were in the fight for the final podium spot. In the end, Raffaele Marciello defeated Shane van Gisbergen in the #888 Mercedes by just two tenths of a second. Marciello’s teammates in the #999 car were Maxi Buhk and Maxi Gotz while Van Gisbergen was sharing a car with Supercars colleagues Jamie Whincup and Craig Lowndes.

In the Pro-Am class, the #51 Spirit of Race Ferrari 488 GT3 took the victory with Pedro Lamy, Paul Dalla Lana and Mathias Lauda driving. They finished ninth overall, two laps behind the winning Porsche.

The Grove Group’s #16 Porsche took the Class B victory with Ben Barker, Stephen Grove and Brenton Grove as the drivers. Class C was won by M Motorsport’s #48 KTM of Glen Wood, Justin McMillan, Dean Lillie and Elliott Barbour only one lap ahead of the #13 BMW GT4. The Invitational Class victory went to the #20 MARC car of the T2 Racing by Liajen Motorsport, driven by Adam Hargraves, Daniel Jilesen and Steve Owen. 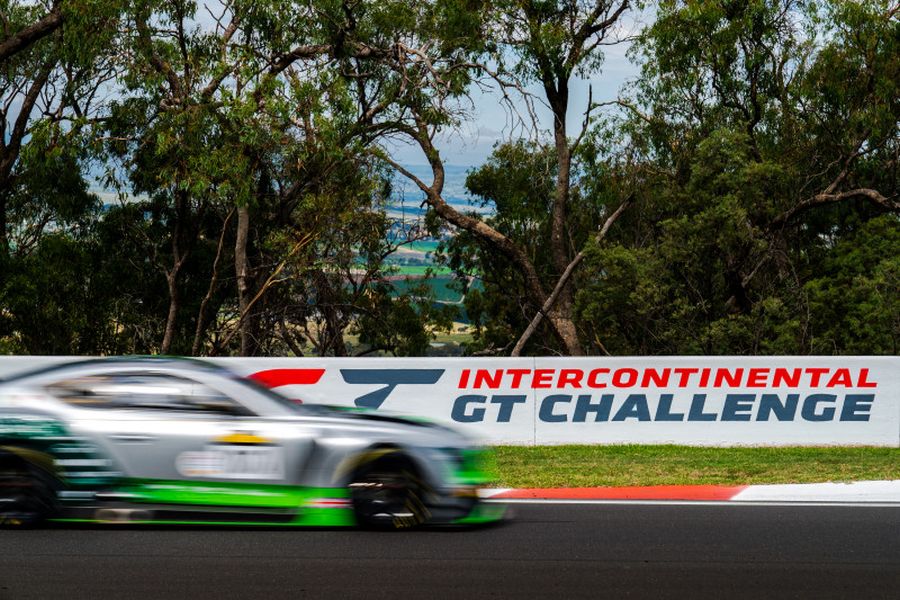 The race at Mount Panorama was the opening round of the 2019 Intercontinental GT Challenge. The championship features five rounds this year, with addition of Kyalami 9 Hour to a calendar.

The next race would be the California 8 Hours at Laguna Seca on March 28-30. Then, in July, the Spa 24 Hours follows as the part of the IGTC and Blancpain GT Series. The fourth round would be Suzuka 10 Hours in August and then, in November, the season will end in South Africa.

Check the full results of the 2019 Bathurst 12 Hour