Baja 1000 is the greatest and the most popular off-road race in North America. The event, which was organized for the first time in 1967, is definitely among the world’s greatest motorsport events. Currently, Baja 1000 is a part of the SCORE International series that features four races in 2016, and Baja 1000 is the final round of the series (from November 16-20).

The name of the race came from the Mexican Baja California Peninsula, which is the place where the race was held since its inauguration. The number 1000 determines the mileage of the race, although the mileage varied from 600 to more than 1000 miles. The course was either a point-to-point race from Ensenada (north) to La Paz (south) or the loop race with start and finish in Ensenada. 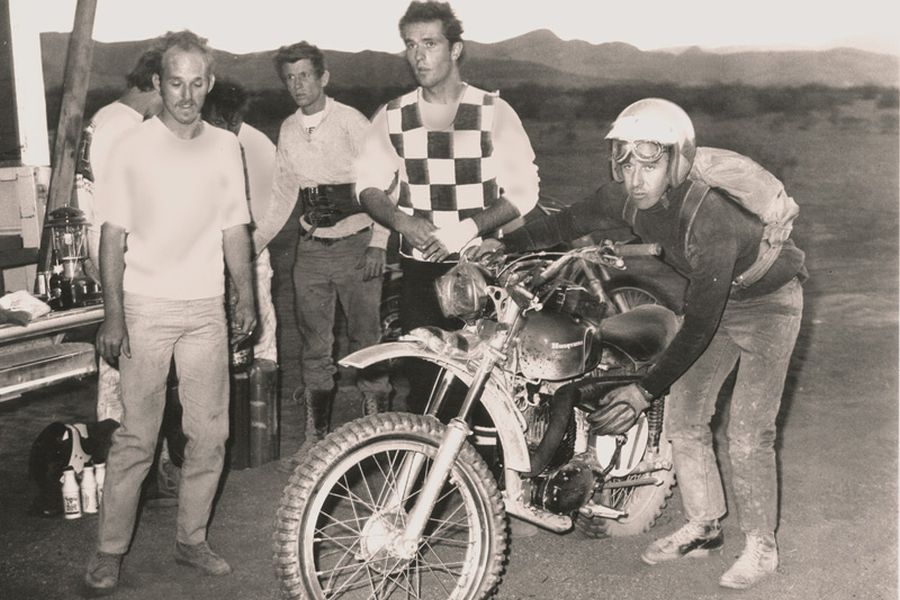 It all started with a motorcycle run across Baja California

Opened for various classes of vehicles

Similar to Dakar Rally, the world’s most famous off-road race, Baja 1000 is also opened for various types of vehicles on two or four wheels, with more than twenty individual classes. The choice varies from small motorcycles, production vehicles and buggies to specially prepared SCORE Trophy Trucks, which is the highest class of off-road racing vehicles.

The story began with the American Honda promotional run

The story about Baja 1000 started five years before the inaugural race. In March 1962, American Honda wanted to prove the reliability of the new CL72 Scrambler motorcycle, so they hired Dave Ekins for the journey over the Baja California peninsula. Ekins recorded the first official timed run over the 952.7-mile route in 39 hours 56 minutes. The event received big coverage in the media. 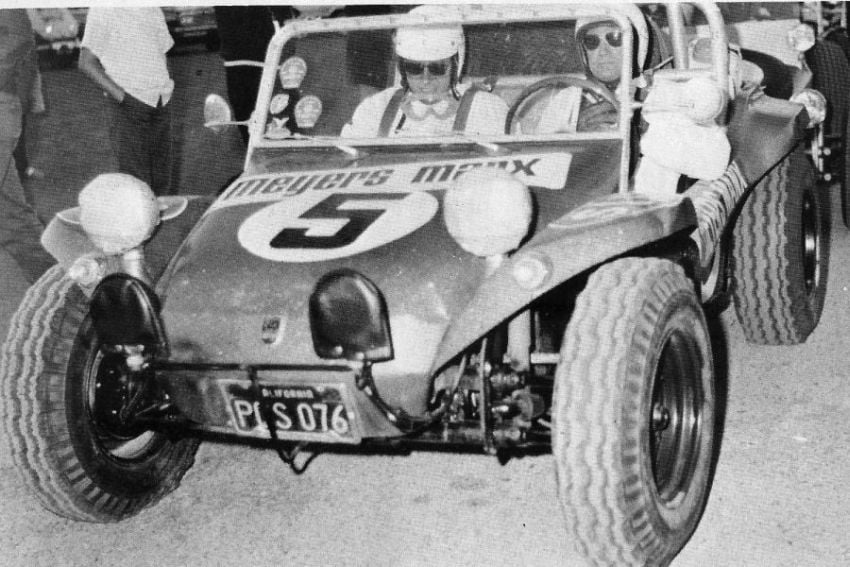 Five years later, buggy-builder Bruce Meyers wanted the same type of promotion for his prototype buggy called Old Red, so he and Ted Mangels started the record-breaking attempt on April 19, 1967. Their time for the route from La Paz to Tijuana was 34 hours 45 minutes. The new record also received media coverage around the world. In the next couple of months, more record-breaking attempts followed, some successful, some not.

The first official race in November 1967

One of the runs was organized by Ed Pearlman who had the idea to form the National Off-road Racing Association (NORRA) and to organize the official race, with the recognition of the previous records, and introduce separate classes for the future records. The first race, named the Mexican 1000 Rally, started on November 1, 1967, in Tijuana.

The course length of the inaugural race was 849 miles (1,366 km). The fastest motorcycle riders were J.N. Roberts and Malcolm Smith, while the fastest car was Meyers Manx buggy driven by Vic Wilson and Ted Mangels, with the overall winning time of 27 hours 38 minutes. 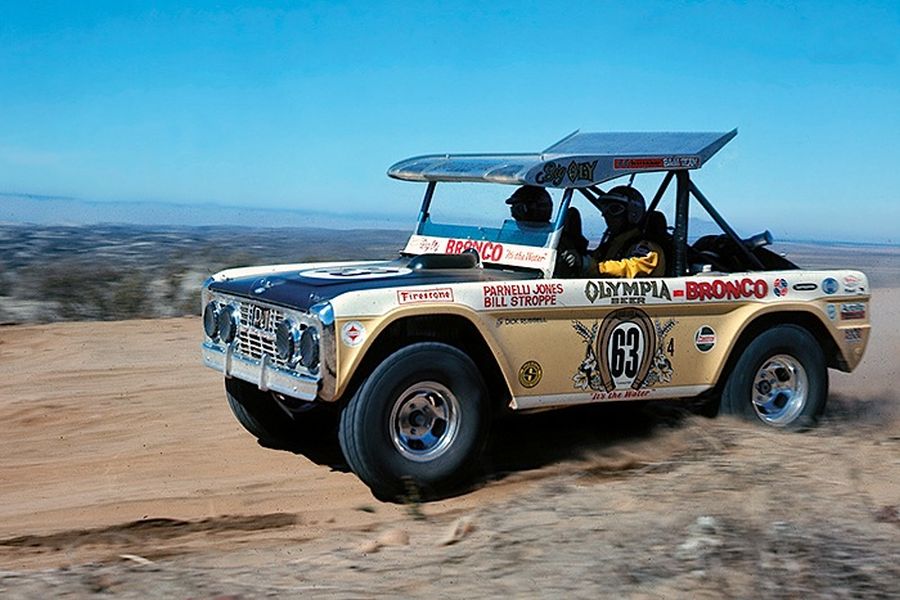 Parnelli Jones is a two-time winner of Baja 1000

Thanks to the media, the race was immediately very popular

The media and TV coverage of the race attracted an interest of some famous racers from other series, such as Mickey Thompson and Parnelli Jones, but also some famous TV personalities, like the movie star James Garner who participated in the 1968 event.

Mickey Thompson’s SCORE took over the race since 1975

Mickey Thompson later became the founder of the SCORE (Sanctioning Committee Off Road Events) organization that took over the Baja 1000 event from 1975. Prior to that, the 1973 oil crisis forced NORRA to abandon the race and to organize another event in Arizona. But, the Baja California governor Milton Castellanos handed over the Mexican event to the new corporation Baja Sports Committee (BSC) and the 1974 event was organized by the original date, for the first time under the name Baja 1000.

After that, Mexicans made a deal with Mickey Thompson and his SCORE organization to give them exclusive rights for Baja 1000 races. In 1974, an oil crisis struck the American motorsport, so the Baja 1000 race was also canceled. In 1975, the first SCORE-sanctioned Baja 1000 was held, and since then, the race was under SCORE up until today. 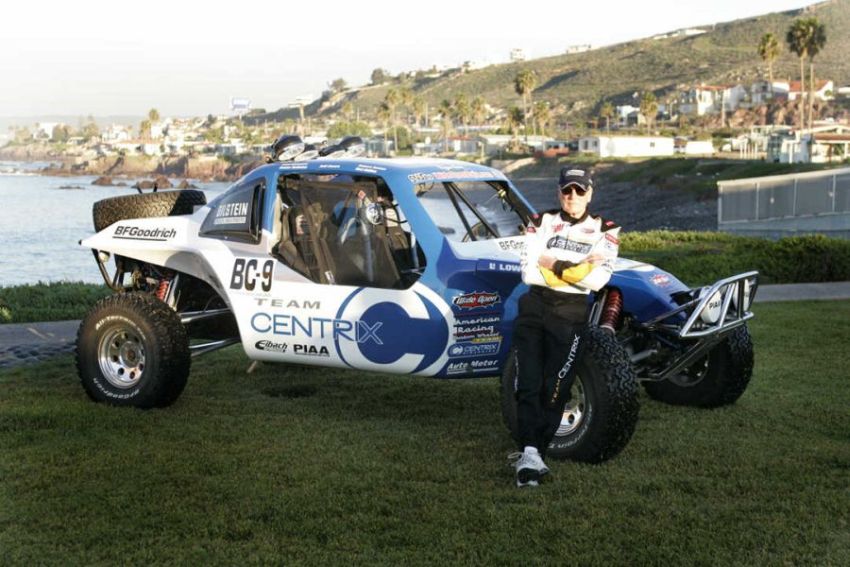 In the past four decades, the routes were changing, the cars became more technically sophisticated and faster, many famous personalities were competing in the Mexican deserts, which is why the Baja 1000 became America’s greatest off-road race.

The list of world’s famous persons, not only sportsmen, who competed at Baja 1000 is long and impressive. Among others, the contestants were actors Paul Newman (competed in 2004 at the age of 80), Steve McQueen, James Garner and Patrick Dempsey, racers Jimmy Johnson, Rick Mears, Danny Sullivan, Gunnar Nilsson, Marc Coma, Travis Pastrana, Armin Schwarz, and Rod Millen, among others.

Of course, besides those famous entrants from other series and Hollywood, there were many racers who spent a career running over the dust and rocks of the Baja 1000, becoming American off-road legends. Some of them include Larry Ragland, Larry Roeseler, Ivan Stewart, Walker Evans, Rod Hall, Ron Bishop, Robby Gordon, Rod MacCachren, BJ Baldwin, and Andy McMillin.

In 2015, the overall winners were Rob MacCachren and Andy McMillin. For Rob, it was the second consecutive win, while Andy is one of the most successful drivers ever, with five overall victories.