Once Upon a Time F1 Cars Ran Around Circuit Zolder

The Circuit Zolder, located in the northern Belgian province of Limburg, is a race track which hosted the Formula One Belgian Grand Prix ten times between 1973 and 1984.

In a history of Formula One, Zolder is unfortunately most known as the place where Gilles Villeneuve lost his life. One of the greatest F1 drivers ever was killed during the qualifying for 1982 Belgian Grand Prix.

The last Formula One race at Zolder was held in 1984. Since then, the circuit was the venue for numerous national and international series, of which DTM, WTCC, FIA GT or Champ Car were the most notable.

In recent years, the biggest events at the 4.011-km long track were Blancpain GT Series, FIA European Truck Racing Championship and American Festival, the final round of the NASCAR Whelen Euro Series. The 24 hours of Zolder, which took place at the circuit since 1983, is also on the calendar. 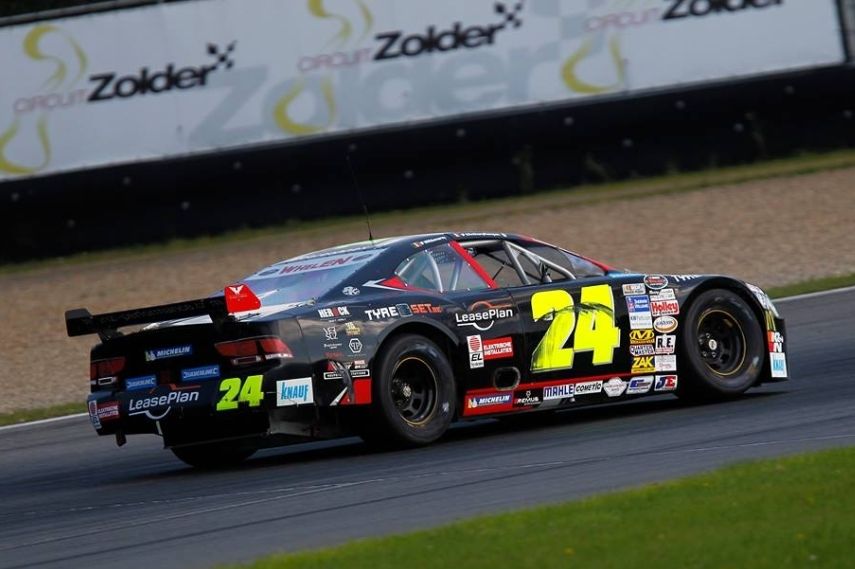 EuroNASCAR is one of the current racing series at Zolder

The original Circuit Terlaemen was opened in 1961

The idea of the permanent race track in the Limburg area was born in the end of 1950s when the Zolder motor club proposed the land owner Antonine Palmers de Terlaemen to build the racing venue on his land. He agreed, but the condition was that the circuit holds his name.

After an opening ceremony in June 1963, the first race was the Grand Prix of Limburg and the first winner was Rob Slotemaker. In the following years many local and national races were held there, including Formula 2 races, with some famous winners, including Denny Hulme, Jack Brabham or John Surtees. In 1968, the European Formula Two came to Zolder, Jochen Rindt was the winner of the race. Formula 2 returned to Zolder in 1975, the winner was Michel Leclere. 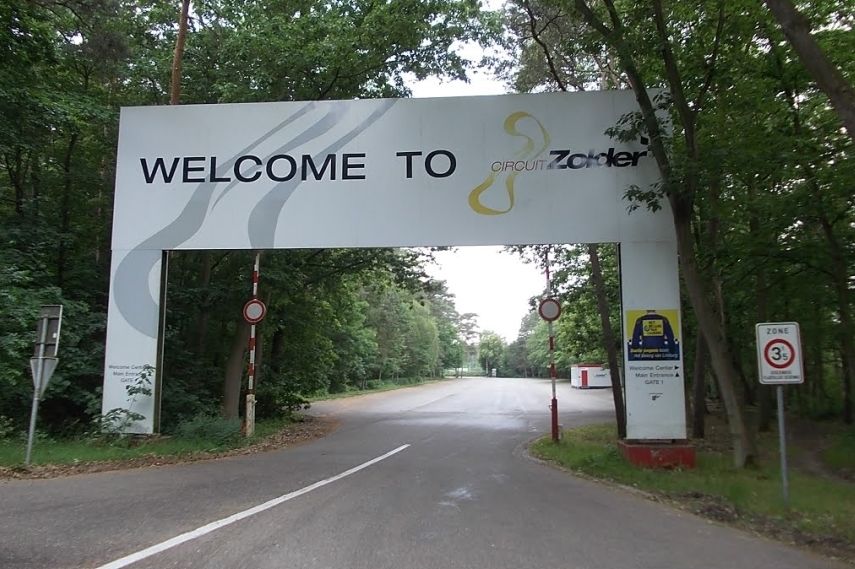 Zolder hosted the first Grand Prix of Limburg in 1963

In 1970, the North Sea Trophy was the first appearance of the European Formula 5000 Championship at Zolder. Peter Gethin won the race and eventually won the championship. Gethin was also the winner of the F5000 race four years later and third time in 1975.

In the early 1970s, an increasing difficulties at Spa-Francorchamps, including a drivers’ boycott because of safety concerns, forced Formula One organizers to find a new home for the Belgian Grand Prix. A deal was made with Zolder and new circuit Nivelles-Baulers to host the race in alternate years.

Problems with a surface ahead of first F1 race

The Nivelles-Baulers, which was opened in 1972, hosted the F1 Grand Prix race in June 1972. During 1972, some improvements were made at Zolder to be prepared for Formula One cars a year later. The one chicane was added and the new entrance to the pits was built. And then, a problem appeared with a surface, so the resurfacing project was finished just a week before the race. Some drivers weren’t satisfied with a new surface and threatened with a boycott, but at the end, all participated in the race. 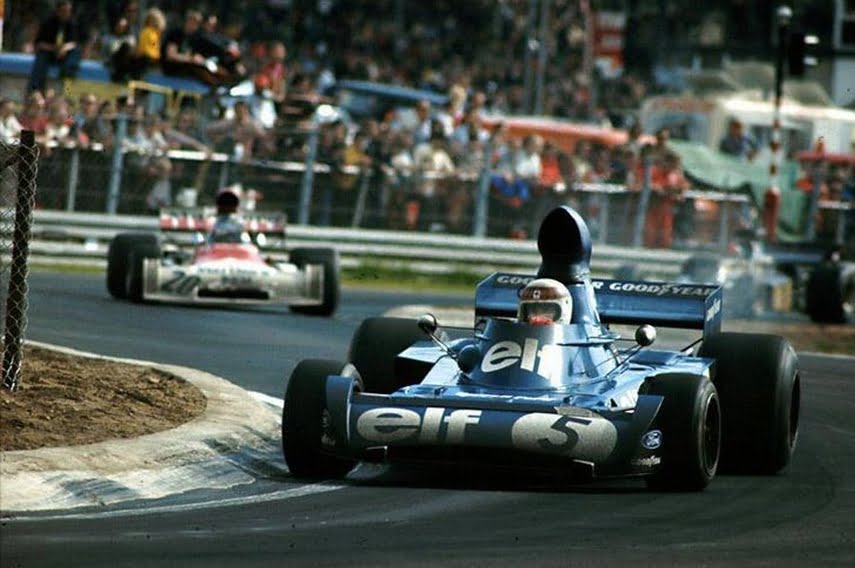 The first Belgian Grand Prix at Zolder, on May 20, 1973, was won by Jackie Stewart in the Tyrrell 006-Ford, ahead of teammate Francois Cevert and Lotus driver Emerson Fittipaldi. The 1974 Belgian Grand Prix was, as scheduled, held in Nivelles, but after that, drivers refused to return to that unpopular track and Zolder became the exclusive host of the F1 Grand Prix race from 1975 onwards.

Niki Lauda scored back-to-back victories with Ferrari in 1975 and 1976. In 1977, the Swedish driver Gunnar Nilsson scored his only F1 victory in a career, driving a Lotus 78. The following year, Mario Andretti dominated the race with Lotus 79. In 1979, Jody Scheckter won the race with Ferrari. In 1980, Didier Pironi brought the victory to Ligier.

Fatal accident in the pits at 1981 Belgian Grand Prix

The 1981 race took place during the FISA-FOCA war and was marred by two serious incidents involving mechanics, one was fatal. The reasons for accidents were chaotic conditions in the very narrow pitlane. During Friday practice, an Osella mechanic Giovanni Amadeo was accidentally run over in the pitlane by Williams driver Carlos Reutemann. The mechanic died of his injuries the day after the race.

On Sunday, as a result of the poor safety conditions and the accident on Friday, there was drivers’ strike which caused the delayed start of the race. When the race started, there was a startline accident involving an Arrows mechanic. Riccardo Patrese stalled his Arrows on the grid, so his mechanic jumped onto the circuit to try and start Patrese’s car. The other Arrows driver, Italian Siegfried Stohr, hit the back of Patrese’s car and unfortunate mechanic. The race was stopped on the third lap. The race was later restarted and was won by Carlos Reutemann.

In 1982, there were no safety issues and conditions were good, but the tragedy happened which marked the Circuit Zolder forever. During the qualifying session for the fifth championship round, Gilles Villeneuve had an accident and lost his life. With eight minutes of the session left, Villeneuve passed through the chicane (turn 5) and found Jochen Mass travelling much more slowly through Butte section. Mass saw Villeneuve approaching at high speed and moved to the right to let him through on the racing line. At the same moment Villeneuve also moved right and his Ferrari hit the back of Mass’ March. Villeneuve’s car was launched into the air at a speed over 200 km/h and he had no chance to survive. He succumbed same day in the evening in the hospital.

The next day, on May 8, the Grand Prix races was held without Ferraris and McLaren’s John Watson won the race. In 1983, the Belgian Grand Prix returned to Spa-Francorchamps and then came to Zolder for the last time in 1984. The winner of the last Zolder’s F1 Grand Prix was Ferrari’s Michele Alboreto. 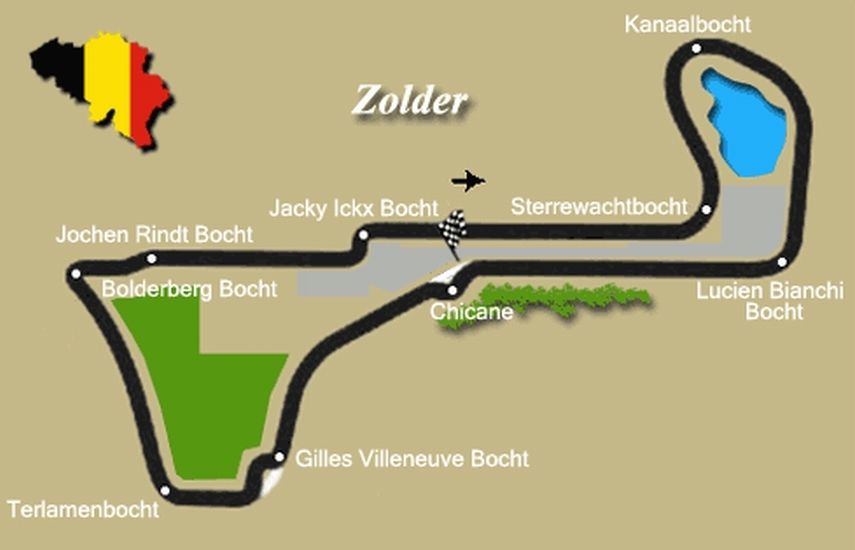 Many reconstructions and changes on the circuit

Since 1985, Spa-Francorchamps became the permanent venue of the Belgian Grand Prix and the circuit in Limburg focused on other racing series. Few reconstructions followed during the 1980s and 1990s, with an insertion of the Villeneuve chicane (on the place where he crashed), changing of the first corner and Jacky Ickx chicane before entering the start/finish line. After all that changes, the track was 4.184-km long in 1996.

The next major reconstruction project followed in 2001 when almost one kilometer of the circuit was refreshed, including completely new first corner. The circuit length was reduced to 3.977 km. In 2006, the final change was made on the Kleine Chicane and the track length was set to 4.011 km. 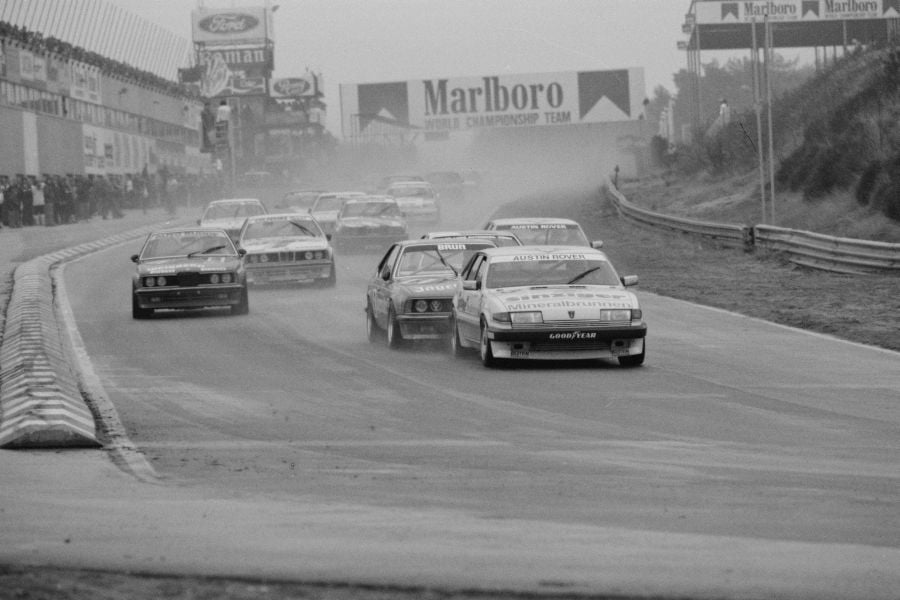 Start of the first ever DTM race in 1984 at Zolder

Circuit Zolder was the venue of the first ever DTM race

DTM (Deutsche Tourenwagen Meisterschaft), which came to Zolder for the first time in its inaugural season in 1984, was the main international racing series there when Formula One left the circuit. In 1984, DTM race at Zolder was the first race of the first season and it was the big event remembered by many. The first winner was Harald Grohs.

Since then, the Circuit Zolder was the regular venue on the DTM calendar and for many years it was the opening round of the championship. Zolder was dropped out from the DTM calendar in 1995 and it was back for one more time and the last time in 2002, the third season of the revived Deutsche Tourenwagen Masters. 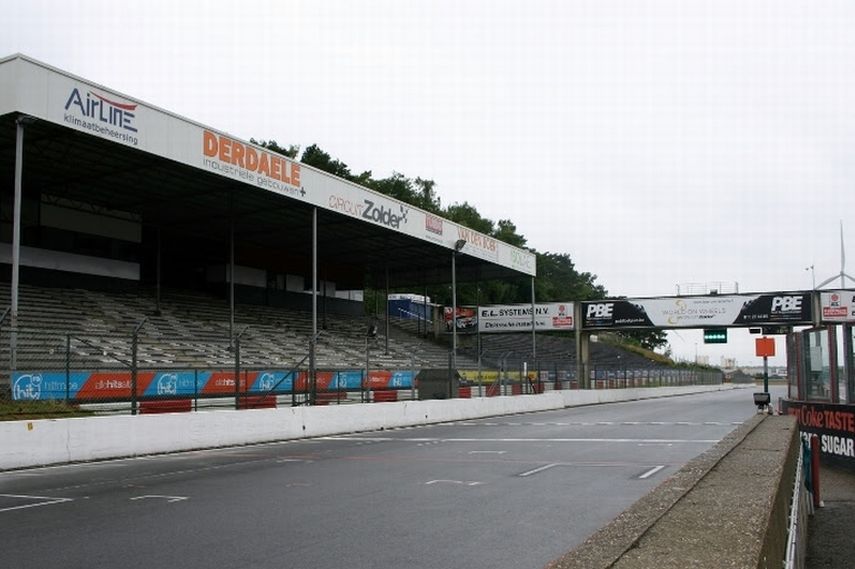 During the 2000s, Zolder hosted some other renown racing series and competitions, such were World Series by Renault (2003-2006), Masters of Formula 3 (2007 and 2008), FIA GT Championship (2007-2009). In August 2007, the Champ Car race took part at Zolder, as a part of the European double-header with the Assen circuit. The American single-seater was the first major open-wheel racing competition at Zolder after Formula One, but it was just a one-off event.

Sebastien Bourdais was the fastest of all drivers at Zolder

The Frenchman Sebastien Bourdais scored the victory in front of 25,000 spectators, setting the fastest lap 1.14.089. In the qualifying, Bourdais rounded a lap for 1.12.821, which was the fastest ever lap at Zolder. For comparison, the fastest ever Formula One driver was Michele Alboreto in 1984, who earned a pole position with a lap time 1.14.846 on the slightly longer lap (4262m).

From 2008 to 2011, Zolder was the regular venue of the Superleague Formula. In 2011, Zolder entered the calendar of the FIA GT1 World Championship. After the demise of that championship, the FIA GT Series was formed in 2013 (Blancpain Sprint Series from 2014) and Zolder remained one of the race tracks on the calendar until it was dropped for 2016 season. One more racing series which visited Zolder was FIA World Touring Car Championship in 2010 and 2011. In four races, the winners were Gabriele Tarquini (2 times), Andy Priaulx and Rob Huff.

24 hours of Zolder regularly on the track since 1983

The 24 hours of Zolder is not so famous as another Belgium endurance race (24h Spa) but it has a status of the major Belgian racing event of the year, as Spa event is more internationally oriented. The Zolder 24-hour race is the part of the Belcar Endurance Championship. In first five editions, it was a touring car race, since 1989 it was opened for GT and touring cars. The record holder, with six wins, is Anthony Kumpen.