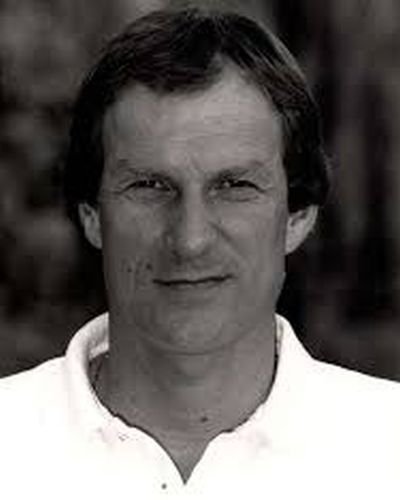 Alain Cudini is a French former racing driver, born in 1946, who was active in different racing disciplines between the late 1960s to the mid-2000s.

Early in a career, he was the European Formula Renault champion in 1972. Later, he raced the most in touring car and sports car competitions, including thirteen participations at 24 Hours of Le Mans.

He was also active in rallying, recording one start in the World Rally Championship and many appearances in regional and national rally events. 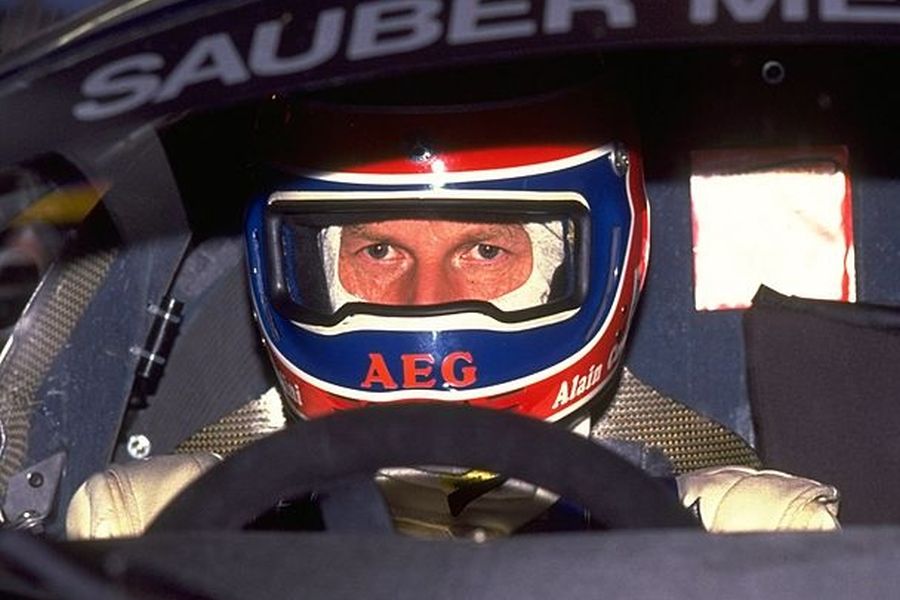 Born in April in Colombes in northern France, Alain Cudini recorded some attempts in rally events in the late 1960s but his proper racing career started in 1970 when he entered French Formula Renault.

Improving his results year by year, he reached the peak in 1972 when he was second in the French championship (behind Jacques Laffite) and the winner of the inaugural Formula Renault European Challenge. 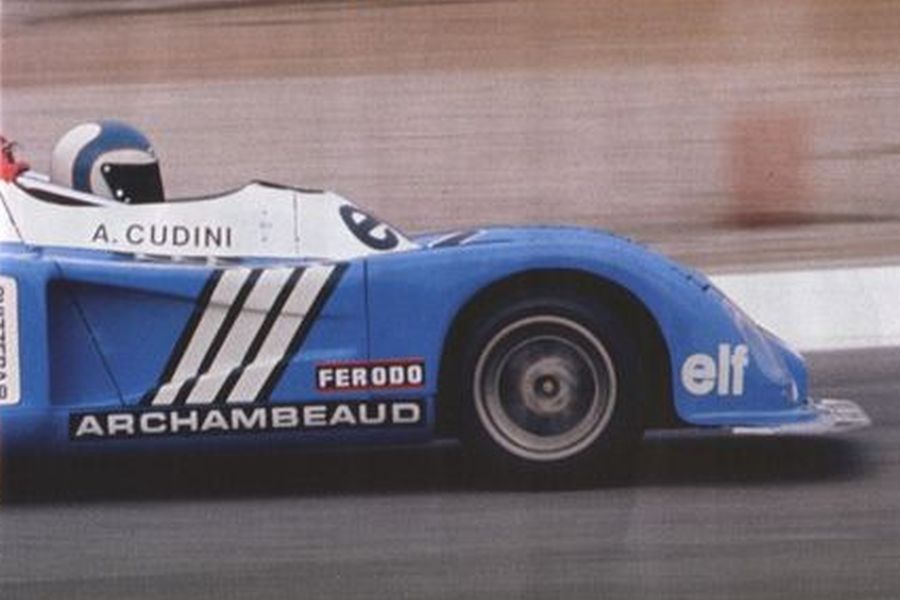 Alain Cudini in an Alpine A441

In 1972, Cudini also recorded his first attempt at 24 Hours of Le Mans, joining American John Greenwood and Frenchman Bernard Darniche in Greenwood's #72 Chevrolet Corvette. The broken engine prevented them to finish the race.

The next Le Mans attempt followed in 1974 and Cudini climbed to the podium. He was sharing North American Racing Team's #54 Ferrari 365 GTB/4 with Dave Heinz, finishing sixth overall and second in GTS class.

That year was very successful for Cudini because he recorded few more good result in sports car races, including a victory at Circuit Paul Ricard's round of the European 2-Litre Sports Car Championship in an Alpine A441. 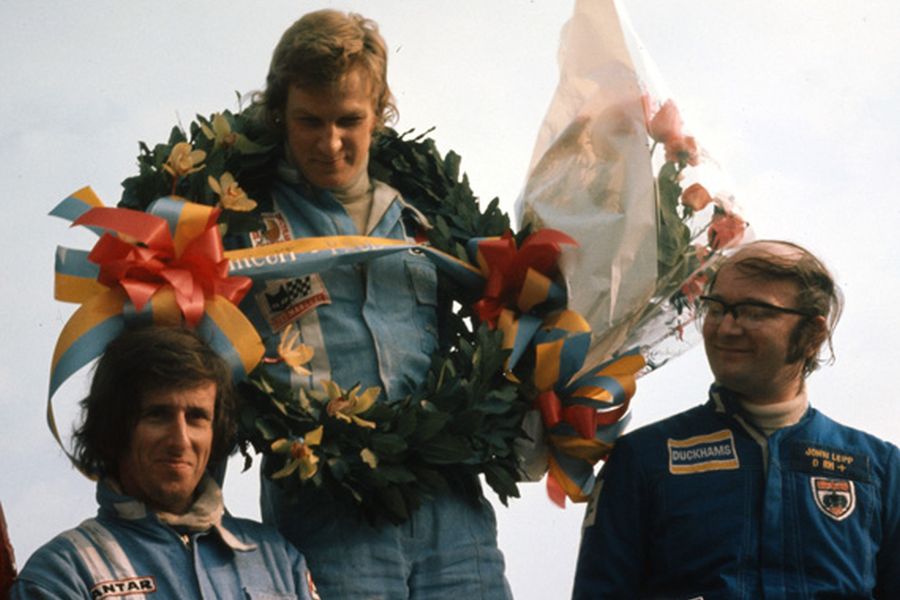 One more class podium at Le Mans in 1976

In February 1975, Cudini made a debut at 24 Hours of Daytona, driving a Ferrari 365 GTB/4 for North American Racing Team together with Claude Ballot-Lena. They didn't finish the race. Cudini also recorded DNF at 24 Hours of Le Mans in June 1975, sharing a Chevrolet Corvette with Henri Greder.

Next year, he was much more successful at Le Mans, finishing sixth overall and second in Group 5 class in the #52 Porsche 911 Carrera RSR which he was sharing with Raymond Touroul.

In 1976, Cudini spent a season driving a Lola T410-Renault for Equipe Danielson in the European Formula Renault. He was the race winner three times, finishing second in the points, behind Didier Pironi.

In June 1977, Cudini and Touroul returned to Le Mans in the #29 Osella PA5-BMW prototype, sharing a car with Anna Cambiaghi. They stopped after 100 laps. In 1977, Cudini also made a debut at Spa 24 Hours, sharing a BMW 530i with Guy Frequelin. They didn't finish the race.

Switching to touring car races in 1977

The season 1977 marked Cudini's full-time switch to touring car races because he was also driving BMW 530i in the French Touring Car Championship, finishing the season in the fifth place. He also raced with BMW in some rallies. Next year, he stayed in the same car and finished third in the touring car championship. At Spa 24h, he retired after an accident.

In 1979, he raced at Le Mans in Hubert Striebig's TOJ SC206-BMW prototype, not finishing the race. At Spa 24 Hours, he raced in a Ford Capri III 3.0S, recording one more DNF. A year later, in July 1980, Cudini was driving Chevrolet Camaro Z28 for Luigi Racing at Spa, finishing 17th. 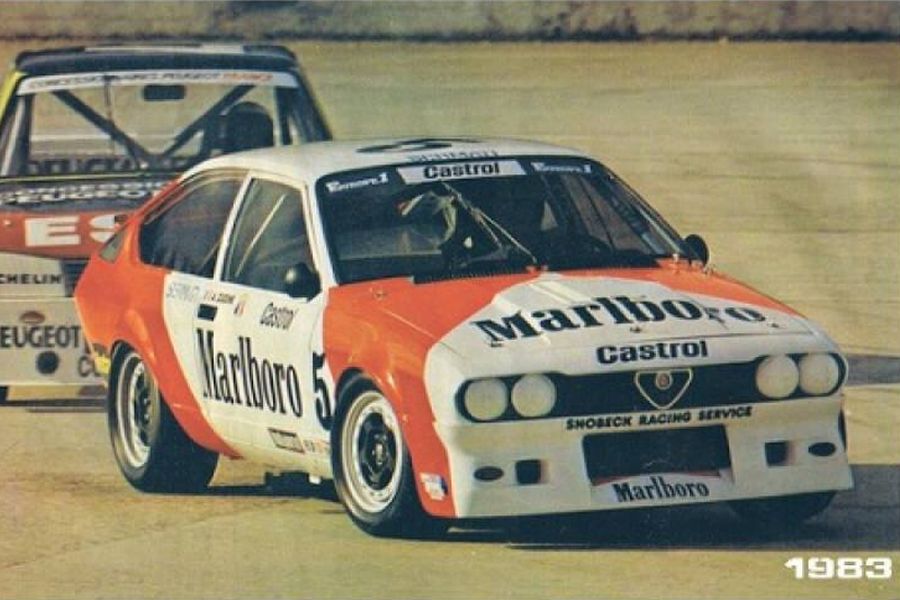 Cudini's greatest result in touring car races came in 1983 when he won French championship in an Alfa Romeo GTV6. Prior to that, he was second in 1981 (with BMW 320) and fifth in 1982 (with BMW 323). In 1983, he was a race winner five times and become a champion with just one-point advantage over teammate Dany Snobeck.

In January 1984, Cudini recorded his only start in the World Rally Championship, driving an Alfa Romeo Alfasud TI at Rallye Monte-Carlo. Sharing a car with navigator Gerard Trouche, he finished 12th.

In 1984, Cudini's main competition was the European Touring Car Championship. He was driving a BMW 635 CSi for Bastos Juma Racing Team, sharing a car with different drivers, mostly with Dany Snobeck. Cudini and Snobeck won a race at Vallelunga. At Spa 24 Hours, they finished second, sharing a car with Thierry Tassin. 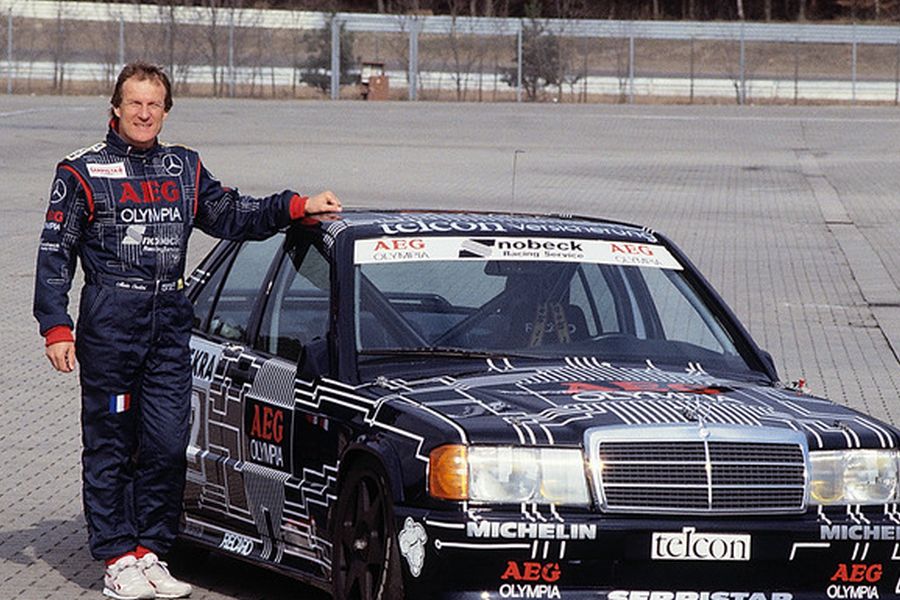 Alain Cudini spent four seasons with Mercedes in the DTM

In 1985, Cudini switched from BMW to Mercedes, driving the 190E 2.3-16 machine both in the European and French championship for Dany Snobeck's team. He finished third in the national championship. Cudini continued to drive Snobeck's Mercedes in ETCC races in 1986 and 1987, then entering DTM in 1988.

In his first DTM season, Cudini reached three podiums and finished fifth in the points, the best of non-German drivers. He stayed in the DTM for three more seasons, until 1991, finishing best in the sixth place in 1991. 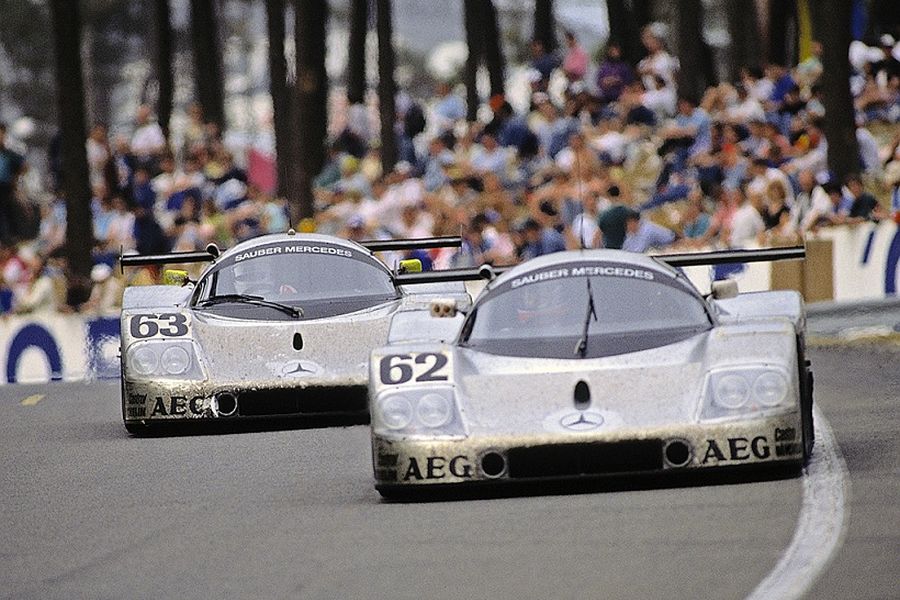 Fifth place at Le Mans in a Sauber C9-Mercedes

During his period with Mercedes in the DTM, Cudini was invited to join Team Sauber Mercedes at 24 Hours of Le Mans in June 1989. He was sharing the #62 Sauber C9 with Jean-Louis Schlesser and Jean-Pierre Jabouille, finishing the race in the fifth place.

Later in a career, Cudini returned to Le Mans three more times. In 1990, he was driving Nissan RC89C for Courage Competition, finishing 22nd. In 1994, he raced in a Bugatti EB110 SS, not finishing the race because of an accident. His last appearance at Le Mans was in 1996 when he was driving a Chrysler Viper GTS-R for Canaska Southwind Motorsport, finishing 23rd. 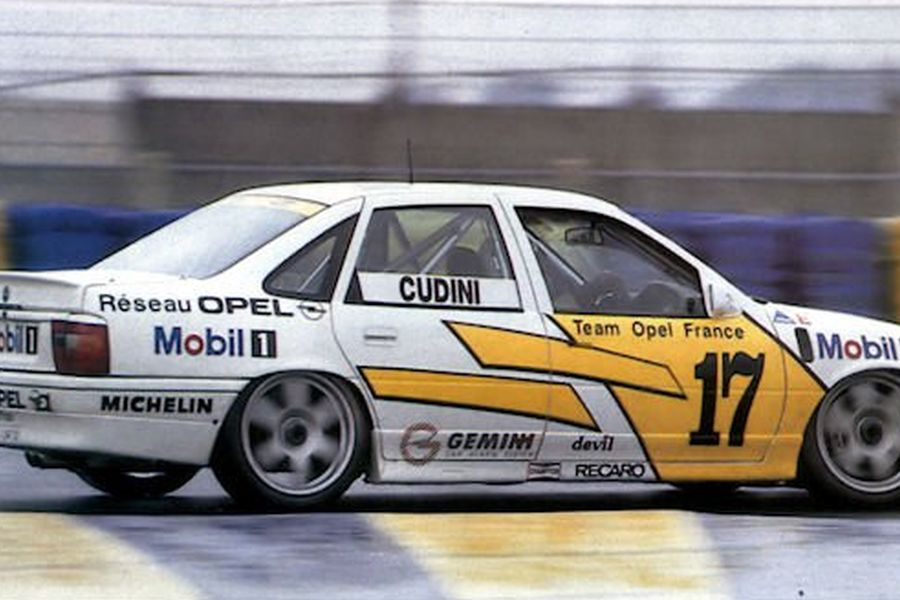 After his four-year stint in the DTM, Cudini returned to major French touring car competition in 1992, driving a Mercedes 190E for Team Snobeck in the French Supertouring Championship. He won one race and finished third in the points. 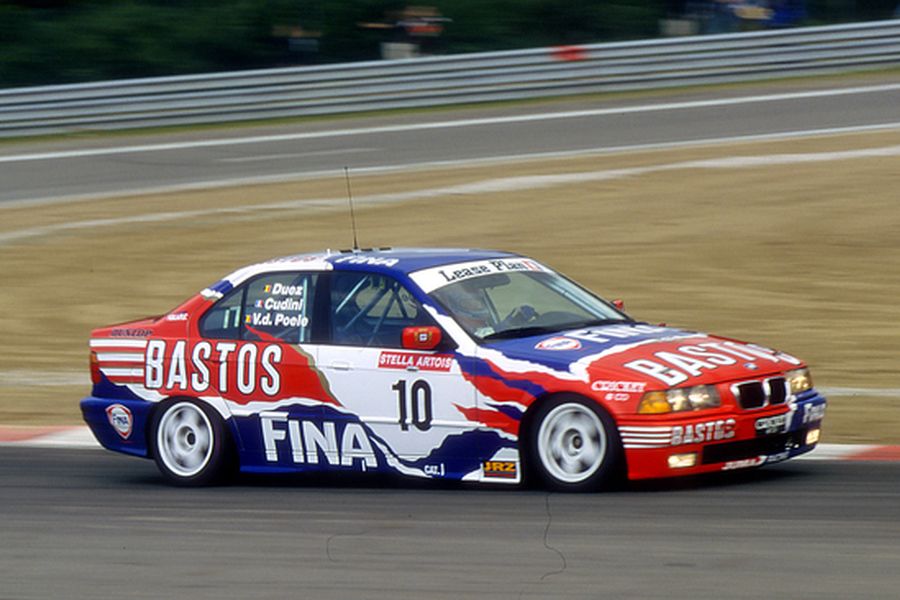 After 1995, Cudini slowed down his racing activities but he was active for ten more years, occasionally racing in the Belgian Procar, French Supertouring Championship or French GT Championship, in which he recorded two starts (and two podiums) with Exagon's Chrysler Viper GTS-R in 2005.

He was a regular competitor at Spa 24 Hours, achieving one of the greatest victories of his career in June 1998, at the age 52. He won the race sharing the #10 Fina Bastos BMW 320i with Marc Duez and Eric van de Poele.