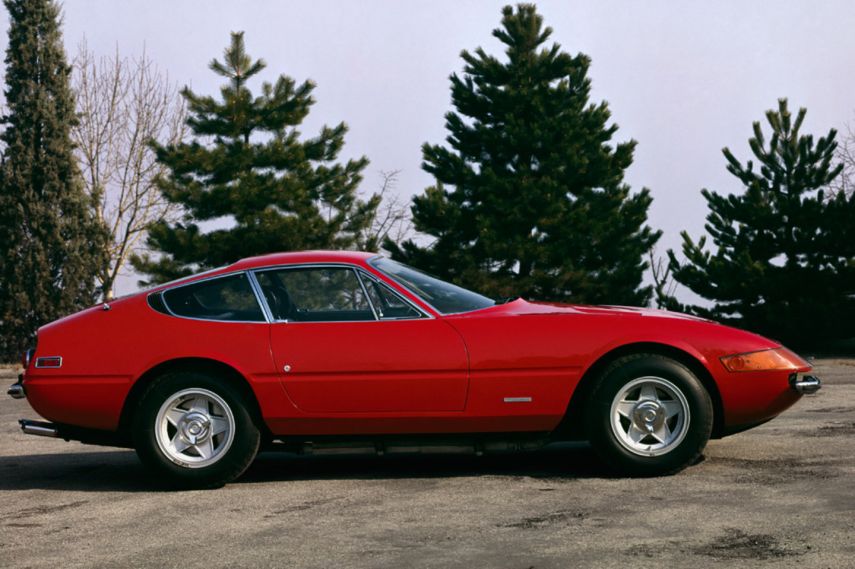 The new 365 GTB/4 was introduced to the public at the 1968 Paris Auto Salon, as a replacement for 275 GTB/4. The car’s name revealed the capacity of cylinders (365 cc) of the engine. The front-mounted engine was a V12 4.4L Tipo 251, which produced 357 hp. The rear-drive car could reach the speed of 280 km/h, and the acceleration from zero to 60 mph was 5.4s. Those were the numbers for the road legal car, while the racing versions were, of course, augmented.

The styling of 365 GTB, which was radically different from the previous Ferraris, came from Leonardo Fioravanti, who worked for Pininfarina. The first edition featured fixed headlights behind an acrylic glass cover. From 1971, the retractable pop-up twin headlights were used because of the new safety regulations in the United States. 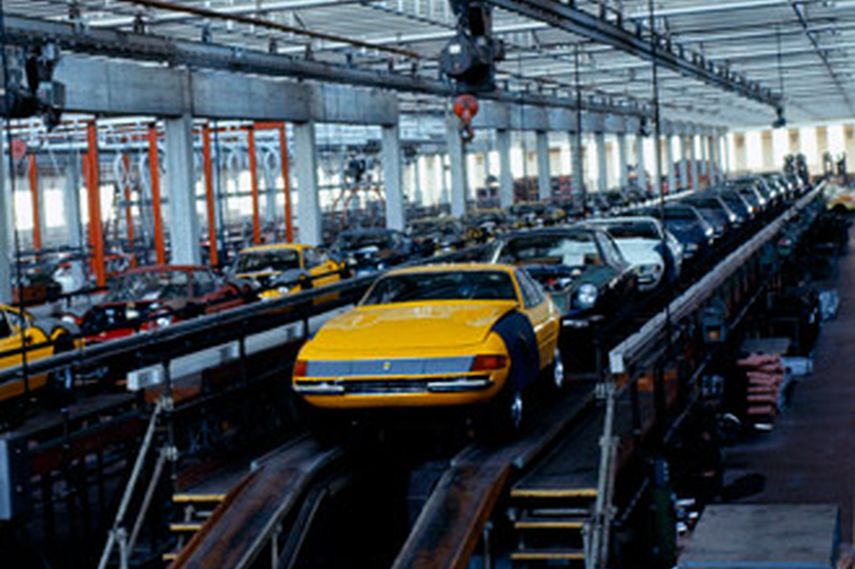 In six years of production, Ferrari constructed 1406 samples of 365 GTB/4 and GTS/4 (berlinetta and spyder versions). Racing versions were made in three series of five cars, so in total, 15 competition cars were produced.

The cars featured lightweight bodies of aluminium and fiberglass panels, with plexiglass windows. The engine of the first competition cars had the same power as the road version. For the second and third edition, the power was increased to 400 hp and 450 hp. 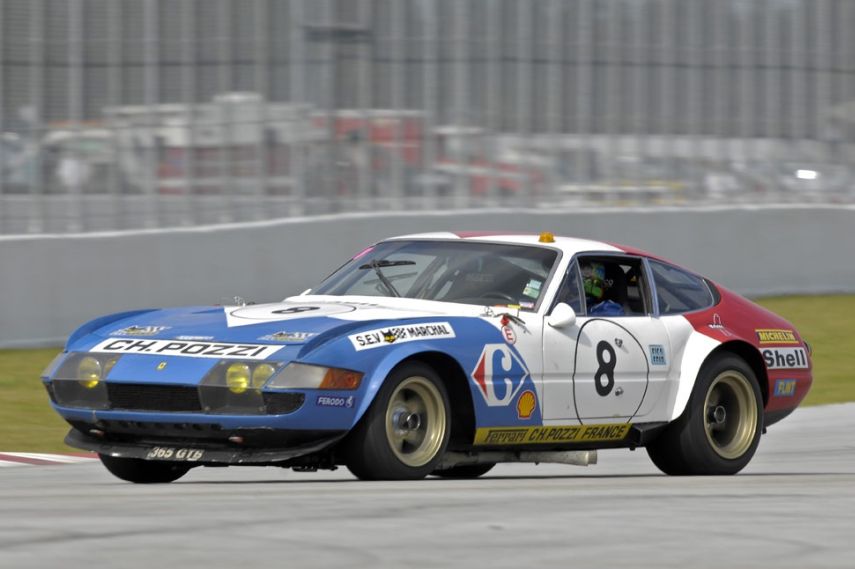 The first Ferrari 365 GTB/4 Competizione was prepared in 1969 for 24 Hours of Le Mans, but crashed during practice. Factory-produced racing versions of Daytonas entered Le Mans for the first time in 1971, but under the banner of private teams instead Scuderia Ferrari. It was the same in the following years and at all other races. 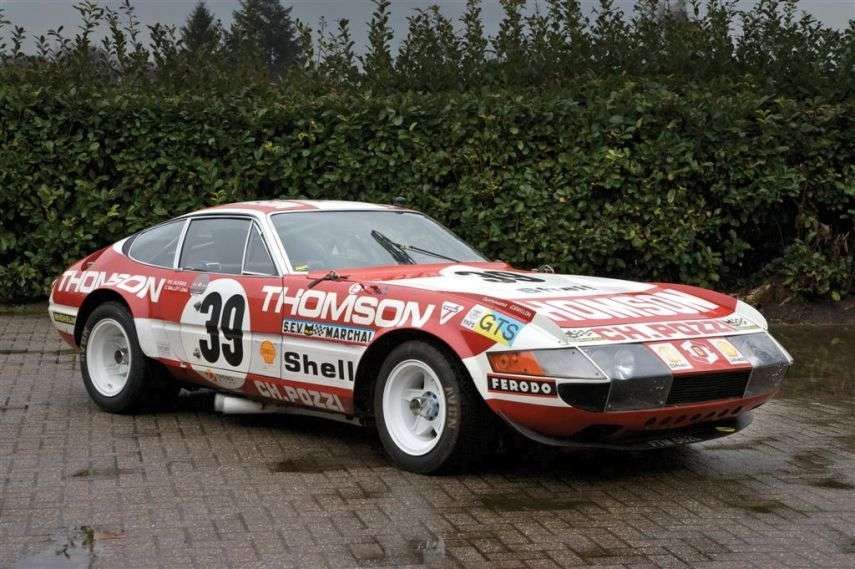 In 1972, the 365 GTB/4 was the dominant car at Le Mans in the GT class and took the first five positions. The fastest in the GT class and fifth overall were Jean-Claude Andruet and Claude Ballot-Lena. They drove the car entered by Charles Pozzi. The second placed drivers were Sam Posey and Tony Adamowicz in North American Racing #74 car, in front of #34 Scuderia Filipinetti car driven by Mike Parkes, Jean-Louis Lafosse and Jean-Jacques Cochet.

Another Scuderia Filipinetti car, the one with number 35, participated in an accident in which Jo Bonnier was killed. He was driving Cosworth-powered Lola T280 and fighting for the lead. Early in the morning of the second day, Bonnier’s Lola came upon the Ferrari GTB4 of Florian Vetsch before the Indianapolis curve. The witnesses are not entirely sure what Bonnier hit first, the Ferrari or the barrier, but the Lola went over the barrier and into the trees, killing Bonnier.

At the 1973 24 Hours of Le Mans, Claude Ballot-Lena was once more the GT class winner (and sixth overall), again with the car entered by Automobiles Charles Pozzi. Ballot-Lena’s team-mate was Vic Elford. Another Ferrari of the same team finished third in the class, driven by Alain Serpaggi and Jose Dolhem.

One more GT class victory at Le Mans followed in 1974, with Cyril Grandet and Dominque Bardini in the cockpit of 365 GTB/4. The second placed crew in the North American Racing Team’s car were Dave Heinz and Alain Cudini. In the following years, Porsche 911 Carrera RSR took the domination in GT class. At the 1975 Le Mans, the best placed 365 GTB/4 finished eighth in GT class. The last notable result of Ferrari Daytona was achieved at the 1979 24 Hours of Daytona, when John Morton and Tony Adamowicz were 2nd overall. 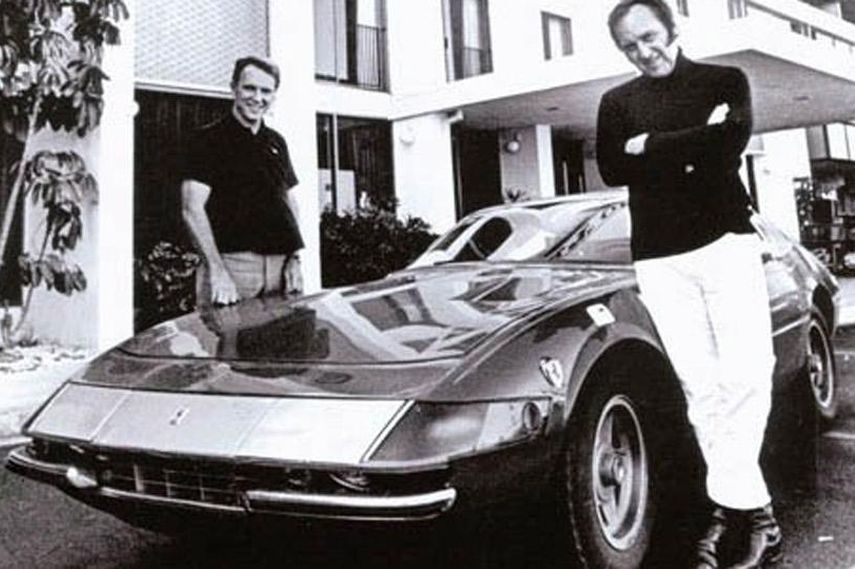 Ferrari Daytona was successful not only in official racing, but also in unofficial races like the Cannonball Run across the USA, from Atlantic to Pacific coast. In 1971, the retired F1 driver Dan Gurney and journalist Brock Yates won the race with a 365 GTB/4.

As every Ferrari with victorious racing history, 365 GTB/4 is popular among collectors and some of the used models reached multi-million amounts in the auctions. 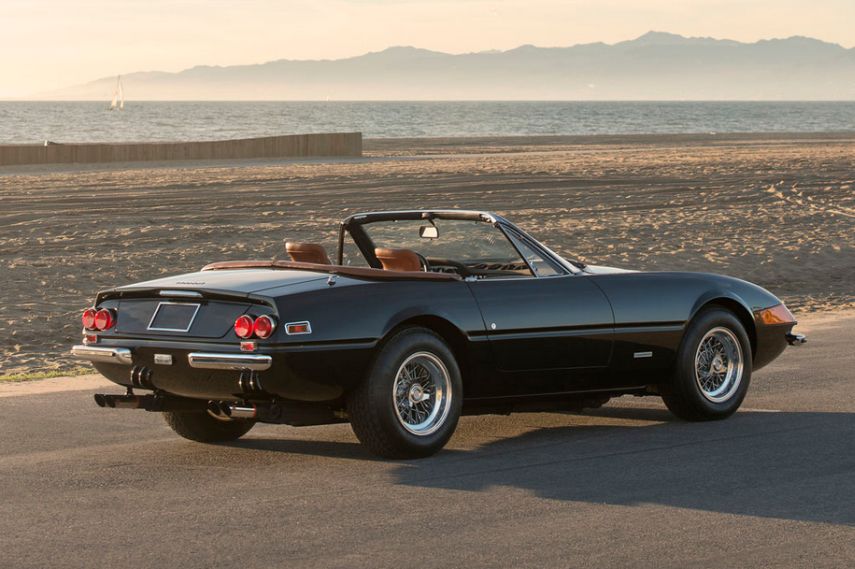 Ferrari 365 GTB/4 Daytona Spider by Scaglietti, which was sold for 3,3 million dollars

The most expensive of all Daytonas was the car with chassis number 15417, which was sold in March of 2015 at Amelia Island auction. The 1972 Ferrari 365 GTB/4 Daytona Spider by Scaglietti reached the price of 3,300,000 dollars. In fact, the price was the same as for the similar model sold at Scottsdale (chassis number 16793). The Daytona Spiders were valuable because there weren’t a lot of them made.

Ferrari only built 121 true Daytona Spiders, which represents just a fraction of the 1,406 total examples built during Daytona production. Lots of vehicles were converted to spiders later in their lifetime, but genuine Daytona Spiders were undoubtedly the most desirable Daytonas built. 96 examples were slated for the US market, with the remainder of the production run earmarked for Europe. 3,3-million worth cars is indeed two of the 121 true Daytona Spiders constructed by the factory. 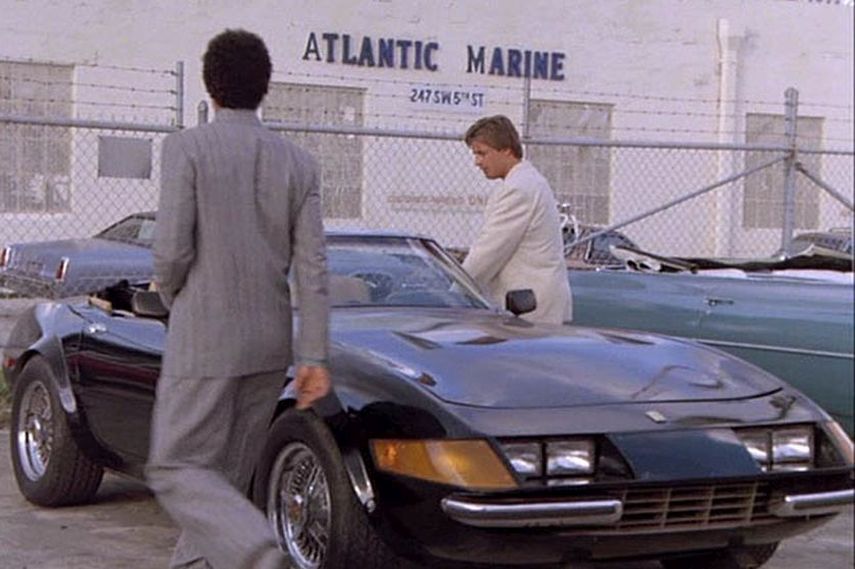 One of the interesting facts about 365 GTB/4 is that it appeared in the first two seasons of NBC’s hit television series Miami Vice. The black car used in the series was a replica built on a Corvette chassis.

Ferrari executives were not pleased that their company and one of their products was represented on TV by an imitation car and sued the manufacturer of the kit for trademark infringement and trademark dilution. The Daytona replica was eventually destroyed on-screen and replaced with an original factory Ferrari Testarossa, the company’s newest model during the time.