Claude Ballot-Lena (1936-1999) was a French racing driver who was active in rallying, touring car, sports car and stock car competitions between the mid-1960s and 1990. 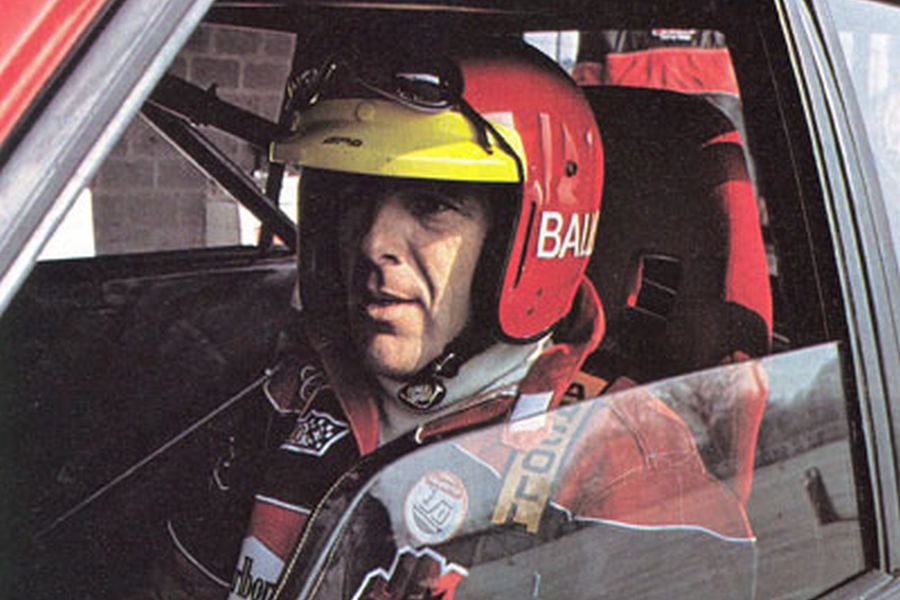 Starting a career in rallying

Born in August 1936 in Paris, Claude Ballot-Lena recorded his first notable racing appearance at Tour de France in 1963, driving an Alpine-Renault A110 and finishing in 26th place. Next year, he returned to Tour de France in a Fiat-Abarth 850 TC, not finishing the race.

In the same year, he recorded a class victories at Coupes de Vitesse and Coupes de Paris in an Abarth-Simca 1300. He also participated in the Paris 1000 Km race at Circuit de Linas-Montlhery, a round of the World Sportscar Championship, finishing 19th overall and second in GT1.3 class.

In 1965, Ballot-Lena came to Le Mans to make a debut in the world's greatest 24-hour race. He was driving an Abarth 1000 SP, sharing a car with Frank Ruata, but they didn't qualify for the race. A year later, Ballot-Lena returned to Le Mans as a part of Mini Marcos GT project. Sharing a car with Jean-Louis Marnat, he finished 15th overall and fifth in P1.3 class.

In June 1967, Ballot-Lena joined French company SEC Automobiles to drive their CD SP66C-Peugeot prototype at Le Mans. Sharing a car with Dennis Dayan, he didn't finish the race. In July, he recorded DNF at Spa 24 Hours, driving a BMW 2000 TI. 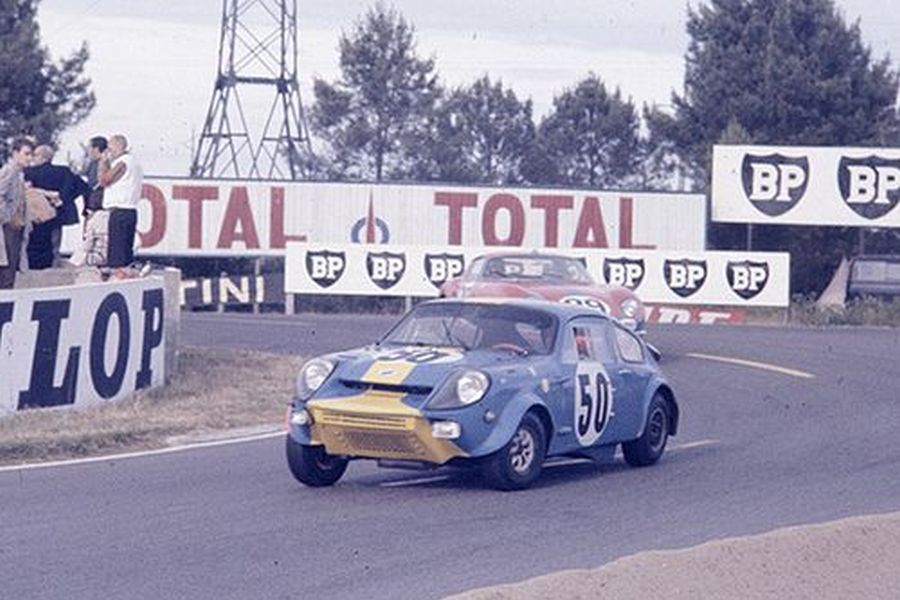 Claude started to race with Porsche in 1968

In 1968, Ballot-Lena switched to Porsche 911 race cars both in sports car races and rallies. He retired at Rallye du Maroc and Tour de Corse but won the Rallye International de Picardie in a Porsche 911 R.

In sports car competitions, he raced in a Porsche in several national events and then came to Le Mans in the #44 Porsche 911 T, sharing a car with Guy Chasseuil. They retired after 224 laps. 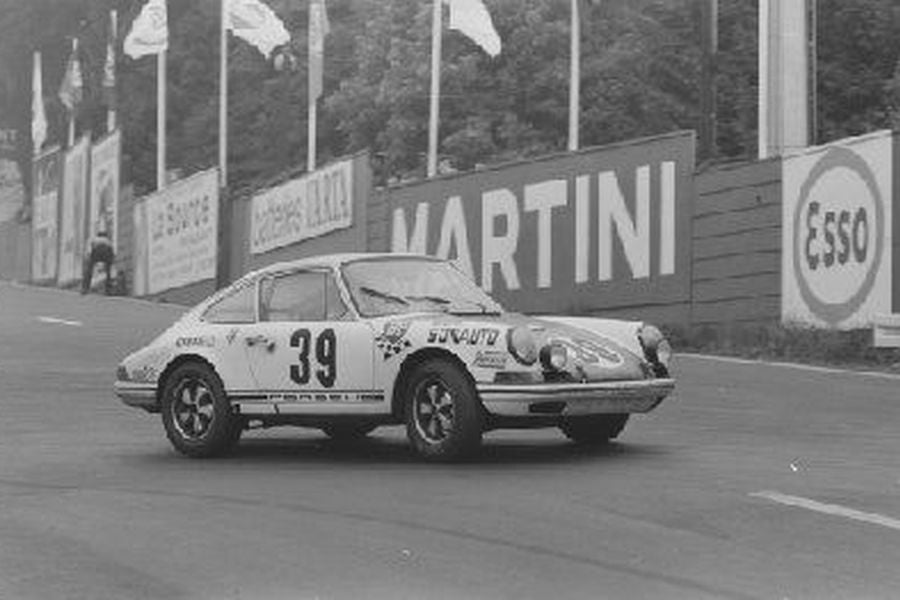 In 1969, the highlight of the season was Claude's victory at Spa 24 Hours. He and Guy Chasseuil were sharing the #39 Sonauto Porsche 911 T. Later that year, Ballot-Lena scored few more class victories in sports car events, such as Tour de France, Coupes du Salon or Paris 1000 Km. At Le Mans 24h, Ballot-Lena scored his first podium by finishing second in GT2.0 class in the #40 Porsche 911 T, together with Guy Chasseuil.

In rallying, Claude made a debut at Rallye Monte-Carlo in 1969, not finishing the race in a Renault 8 Gordini. In other rally events, he was driving Porsche 911 T, finishing best in the third place at Rallye du Mont-Blanc. 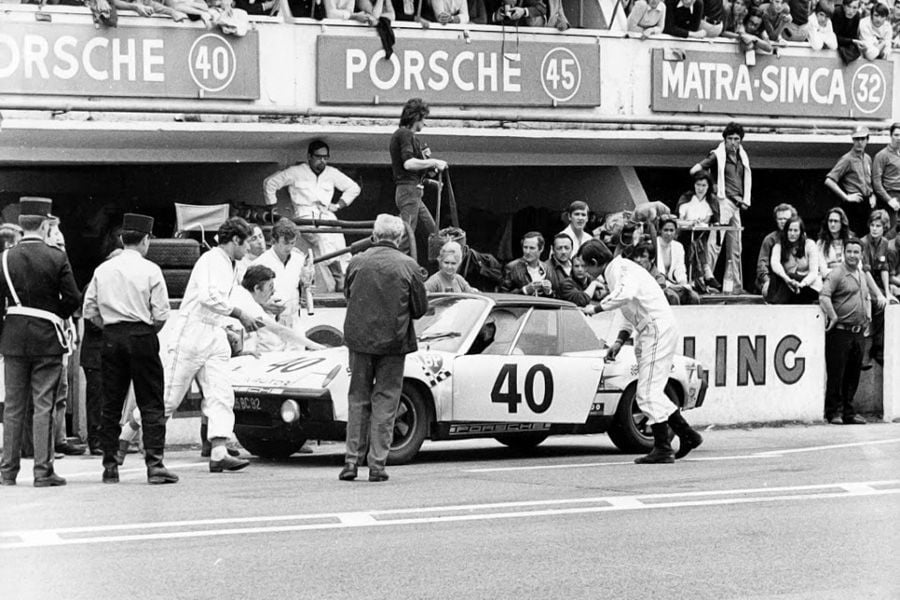 In 1970, Ballot-Lena again had a double programme in sports car races and rallying. The highlight of the year was his first victory at Le Mans 24 Hours. Sharing the #40 Porsche 914/6 with Guy Chasseuil, he finished sixth overall and the first in GT2.0 class.

Later that year, Claude joined Martini Racing at Paris 1000 Km, finishing third in a Porsche 908/02 together with Guy Chasseuil and Gerard Larrousse. In rallying during 1970, Claude's best result was the second place at Rallye International de Picardie in a Porsche 911 S. 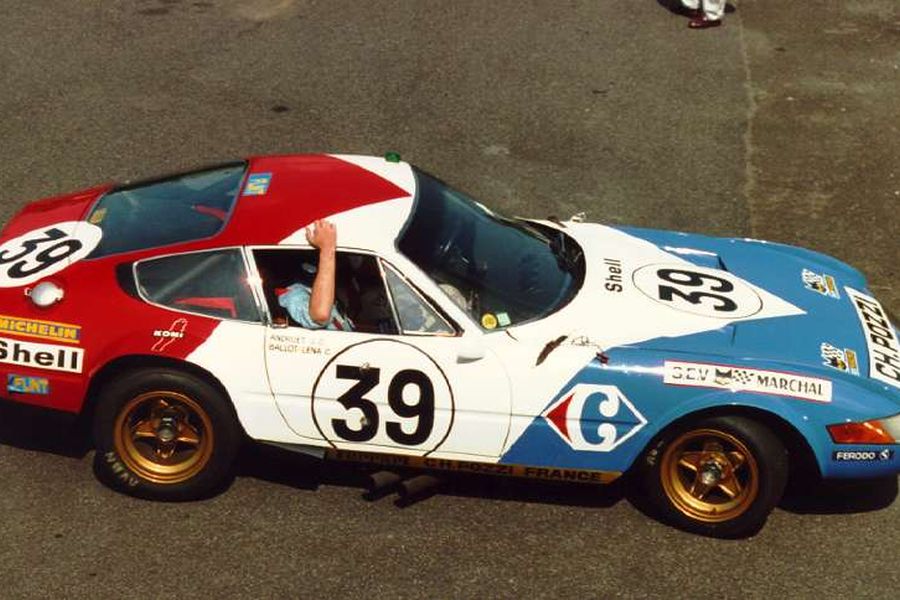 In 1972, Claude Ballot-Lena and Jean-Claude Andruet won GT class at Le Mans in a Ferrari 365 GTB/4

After many years driving Porsches only, Claude Ballot-Lena switched to Ferrari late in 1971. In October, he and Jean-Claude Andruet finished third at Paris 1000 Km in a Ferrari 365 GTB/4. It was just an announcement for their great success at Le Mans 24h in 1972. Driving the #39 Ferrari 365 GTB/4 for Charles Pozzi, they finished fifth overall and won GT class. 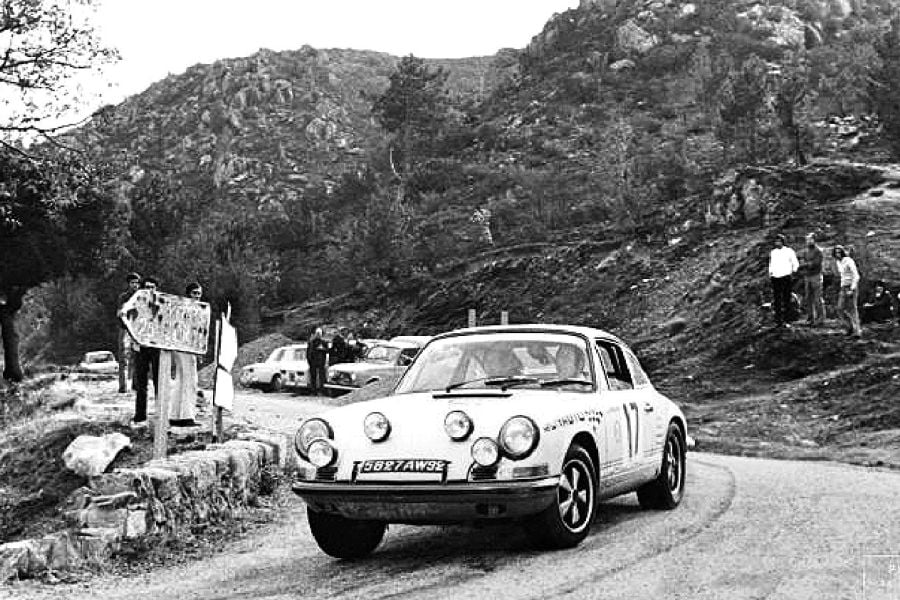 Claude Ballot-Lena at 1970 Tour de Corse in a Porsche

In 1973, when the World Rally Championship has been established, Ballot-Lena recorded two WRC starts in two different cars. At Rallye Monte-Carlo, he finished 23rd in an Alpine-Renault A110 1800. At Tour de Corse, he was 17th in an Alfa Romeo 2000 GTV. In both events, his navigator was Jean-Claude Morenas.

In 1974, Ballot-Lena recorded his last appearance in rallying at Tour de Corse. He was driving an Alfa Romeo 2000 GTV, not finishing the rally due to an accident. 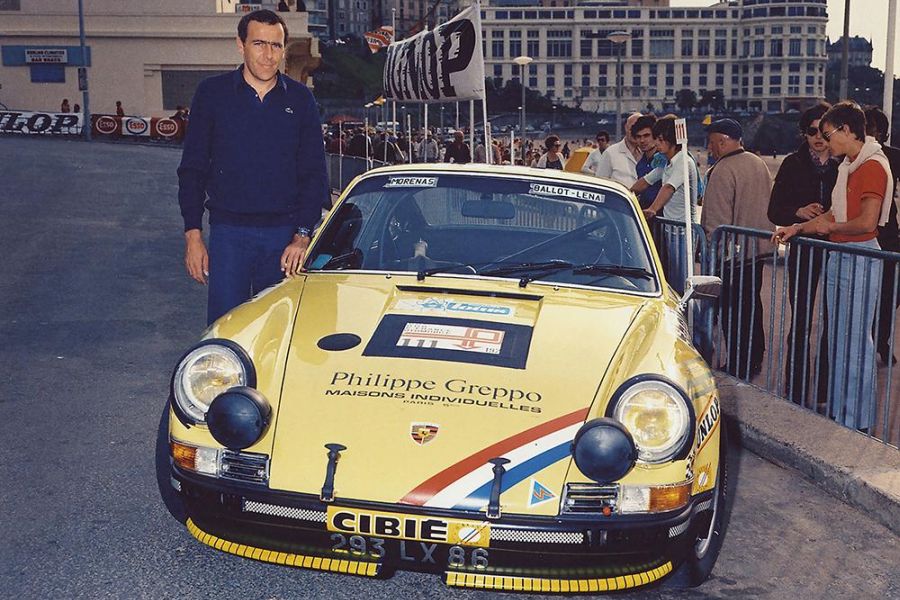 Claude Ballot-Lena next to his Porsche rally car

Returning to Le Mans with Porsche in 1974

Porsche 911 Carrera RSR was Claude's car in GT races and also in the next two appearances at Le Mans 24 Hours, in 1974 and 1975. Sharing a car with Vic Elford, he didn't finish the race in 1974. A year later, Ballot-Lena and Jacques Bienvenue finished fourth in GT class.

In 1976, Claude Ballot-Lena started the season with the podium at Daytona 24 Hours. He and Al Holbert finished second overall in the #14 Porsche 911 Carrera RSR.

In 1977, Claude started the season at Daytona, again alongside Al Holbert as his co-driver. This time, they were driving a Chevrolet Monza and didn't finish the race.

Back in Europe, Ballot-Lena joined JMS Racing Team at Le Mans to share the #40 Porsche 935 with Peter Gregg. They were fastest among Group 5 crews and finished third overall. That remained Claude's career-best result at Le Mans. Daytona became Claude's ordinary destination every February. In 1978, he finished ninth at the 24-hour race in a Porsche 935 he was sharing with Peter Gregg and Brad Frisselle. Later during the year he raced more in a Porsche but switched to Ferrari at Le Mans 24 Hours. He was driving the #89 Ferrari 512 BB/LM for Pozzi-Thompson JMS Racing, sharing a car with Jean-Louis Lafosse and not finishing the race.

Charles Pozzi's Ferrari 512 BB/LM became Claude's main race car from 1979 and he recorded four more attempts at Le Mans with that car until 1982. He failed to finish the race three times and celebrated his fifth victory in 1981. He finished fifth overall and first in IMSA GTX class, sharing a car with Jean-Claude Andruet and Herve Regout.

While racing with Ferrari in sports car races, Ballot-Lena was driving BMW in touring car races. He finished third at 1980 Spa 24 Hours in the #39 BMW 530i of JMS Racing Team, sharing a car with Jean-Claude Andruet. Next year, he returned to Spa in the same car but didn't finish the race. 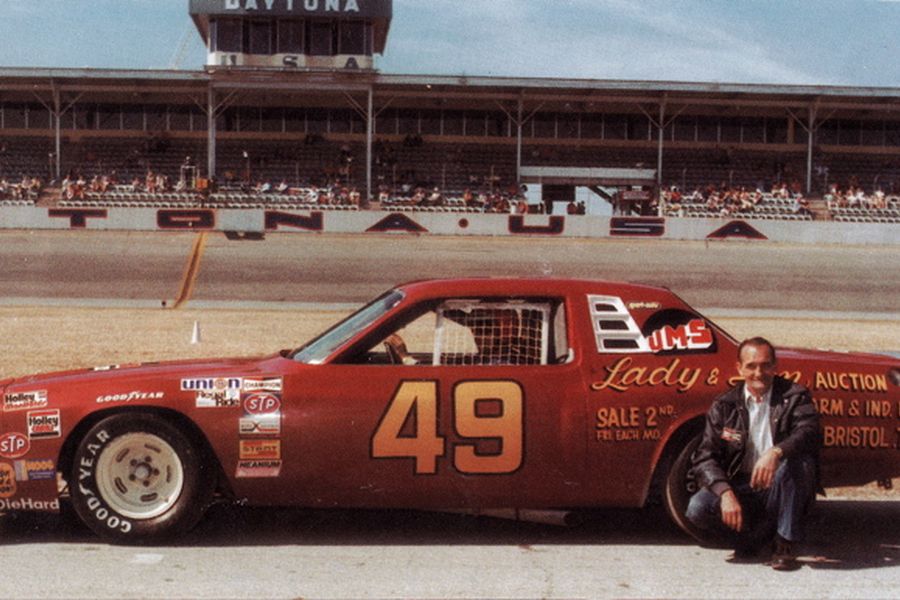 Claude tried himself in NASCAR

In 1978 and 1979, Claude Ballot-Lena had a short episode in stock car racing, recording six starts and one DNQ in the NASCAR Winston Cup Series. He made a debut in NASCAR at 1978 Daytona 500, driving the #49 Dodge for GC Spencer Racing and completing 190 laps to finish 22nd. In the next race, Talladega's Winston 500, he was even better, finishing 18th.

Later that year, he returned to Daytona and Talladega to race in the Firecracker 400 and Talladega 500 but retired in both races.

In 1979, Ballot-Lena failed to qualify for Daytona 500 but made a start at Atlanta 500 in the #6 Oldsmobile. He crashed after 168 laps. His last NASCAR race was the Firecracker 400 at Daytona in July. He stopped with a broken engine in the mid-race. 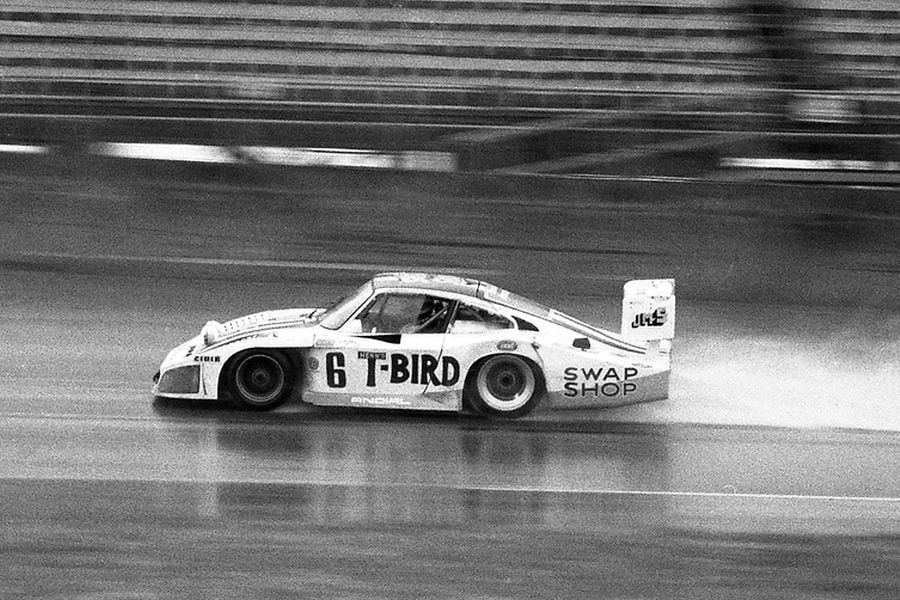 In February 1983, Ballot-Lena scored one of his greatest wins in a career, at Daytona 24 Hours. He won the race in the #6 Porsche 935 of Henn's Swap Shop Racing, sharing a car with Bob Wollek, AJ Foyt and Preston Henn. In that year's Le Mans race, Ballot-Lena was driving a Porsche 956 for Fitzpatrick Racing, finishing in the tenth place.

In February 1984, Claude returned to Daytona in the #86 Bayside Disposal Porsche 935, finishing the 24-hour race in the fourth place. His partners were Al Holbert, Hurley Haywood and Bruce Leven. 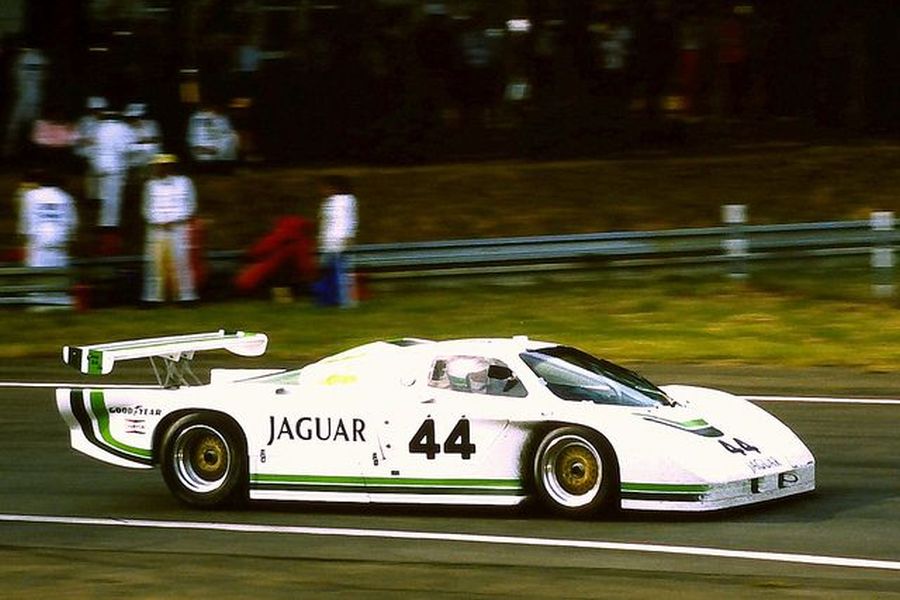 In June 1984, Claude joined Group 44 Jaguar team to drive the #40 Jaguar XJR-5 at 24 Hours of Le Mans. He was sharing a car with Tony Adamowicz and John Watson. They retired because of an accident after 212 laps.

Claude recorded DNF at 1985 Daytona 24h with Jaguar and then returned to Le Mans in June 1985. Sharing the #44 Jaguar XJR-5 with Bob Tullius and Chip Robinson, he finished 13th overall and first in GTP class.

One more Le Mans success in a Porsche 961

For the 1986 Le Mans 24 Hours, Ballot-Lena joined Porsche factory team to drive the #180 Porsche 961 in GTX class. Sharing a car with Rene Metge, he finished seventh overall and the best in class.

Ballot-Lena recorded two last Le Mans starts in 1988 and 1989. He was driving Spice SE88C-Cosworth for Chamberlain Engineering in 1988, not finishing the race. In 1989, he was sharing Joest Racing's Porsche 962 with Henri Pescarolo and Jean-Louis Ricci, finishing in the sixth place.

Parallel to his occasional sports car commitments with different teams during the 1980s, Ballot-Lena regularly raced with BMW in touring car races, in the national and European championship, and of course at Spa 24 Hours, but without any notable success.

His last appearance at Spa 24 Hours was in 1988 when he was driving a Ford Sierra RS 500 for Luigi Racing, not finishing the race.

Retiring from racing in 1990

Although he was 52 years old, Claude Ballot-Lena had a busy season in 1988, spending a season with Chamberlain Racing in the World Sports-Prototype Championship but also with Whitehall Motorsports in the IMSA Lights Championship, driving Spice prototypes.

In 1989, he recorded six starts with Joest Racing's Porsche 962 and five starts with France Prototeam's Spice-Cosworth. Claude's career came to an end in 1990. That year, he raced for the last time at Daytona 24 Hours in the #79 Spice SE87L-Pontiac.