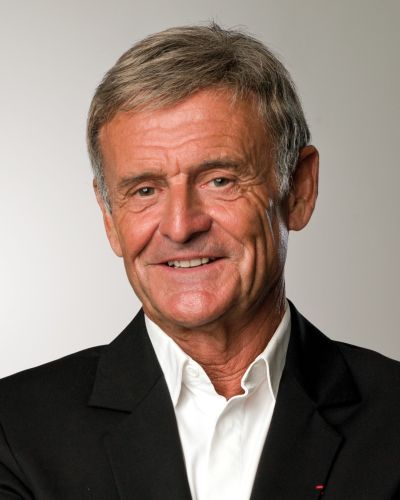 Bernard Darniche is a retired rally and racing driver from France who was active for more than twenty years between 1965 and 1987.

He is most known as the record holder with six wins at Tour de Corse, including five wins when that event was a part of the World Rally Championship. In total, Darniche scored seven WRC victories, triumphing also at 1973 Moroccan Rally and 1979 Rallye Monte Carlo.

He also raced with touring cars and sports cars, gaining some success. He was fifth overall and first in class at 24 Hours of Le Mans in 1979, together with another rally ace Jean Ragnotti in a Rondeau M379 prototype.

Racing with a variety of cars early in a career

From the beginning, Darniche was combining rallies and touring car races. In July 1968, he reached a podium at Spa 24 Hours, finishing third in a Porsche 911 which he was sharing with Alain Junguenet.

He recorded several wins in French national events but the first great success came in November 1970 when Darniche won Tour de Corse, a part of the European Rally Championship. In that event, he was driving the #7 Alpine-Renault A110 1600, sharing a car with navigator Bernard Demange.

In 1971, Darniche made a debut at Rallye Monte-Carlo, a part of the International Championship for Manufacturers. He finished 8th in an Alpine-Renault A110 1600.

In 1972, Bernard Darniche and his navigator Alain Mahe won the French Rally Championship in an Alpine-Renault A110 1800. Outside France, their most notable result was the second place at Rali Internacional TAP in Portugal, a part of the European championship.

In June 1972, Darniche made a debut at 24 Hours of Le Mans. He joined John Greenwood Racing to drive the #72 Chevrolet Corvette together with team owner John Greenwood and French racer Alain Cudini. They stopped after 82 laps with a broken engine.

One victory in the inaugural World Rally Championship

In 1973, the World Rally Championship (for manufacturers only) has been established and Darniche took part in it, driving an Alpine-Renault A110 1800 in eight events. Alpine-Renault dominantly took the championship title, Darniche contributed with one victory and one podium.

After finishing just 10th at Rallye Monte-Carlo, Darniche clinched his maiden WRC win at Rallye du Maroc in May. In September, he was on a podium at Int. Österreichische Alpenfahrt, finishing second behind Achim Warmbold in a BMW 2002 Tii.

In 1974, Darniche was combining rallying and sports car races. He participated in just three WRC events with three different cars. He retired with Alpine-Renault A110 1800 at Safari Rally and with Fiat 124 Abarth Rallye at Tour de Corse. He finished sixth in the Press-on-Regardless Rally  (USA) in a Renault 17 Gordini.

In sports car races, his best result was the second place in Tour de France, together with Jacques Jaubert in a Ligier JS2-Maserati. In most of the other races he was driving an Alpine A440 but without any success. 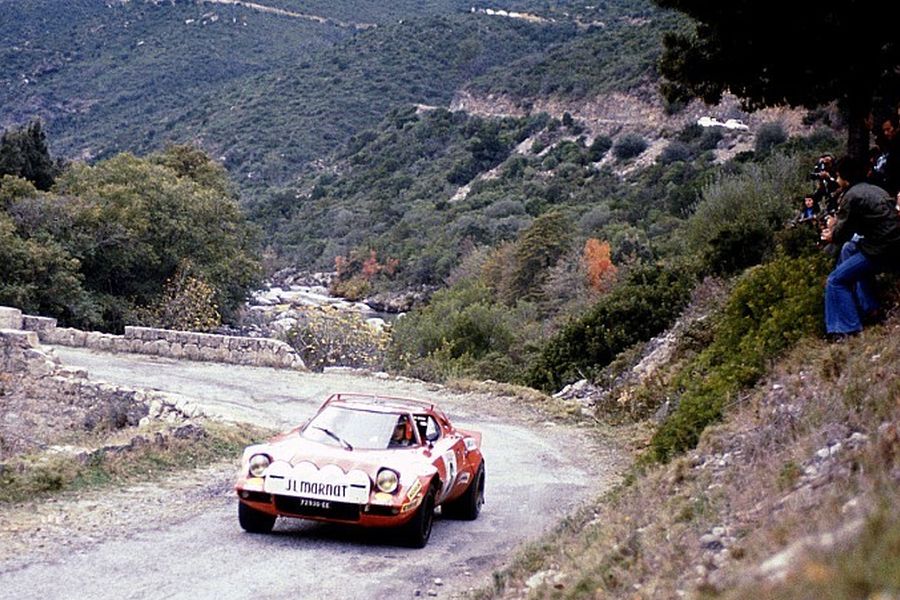 In 1975, Darniche participated in three WRC events. He retired two times with Fiat 124 Abarth Rallye, at Rallye Monte-Carlo and Rallye du Maroc. And then, in November, he won at Tour de Corse in the #6 Lancia Stratos HF, beating his former teammate Jean-Pierre Nicolas in an Alpine-Renault. 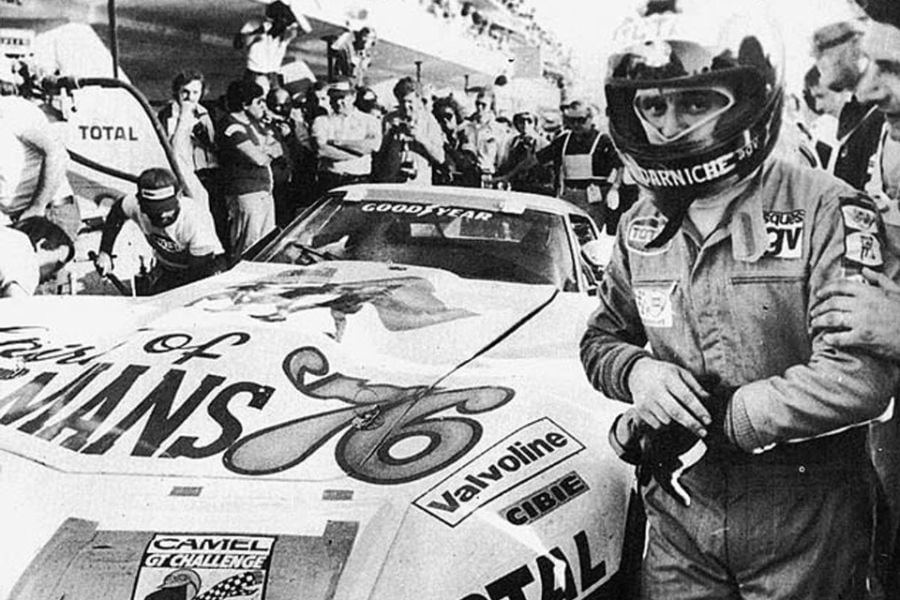 1976 - two championship titles in one year

In 1976, Darniche participated in just two WRC events with Lancia Stratos HF, scoring podiums in both. He was third at Rallye Monte-Carlo and second at Tour de Corse. 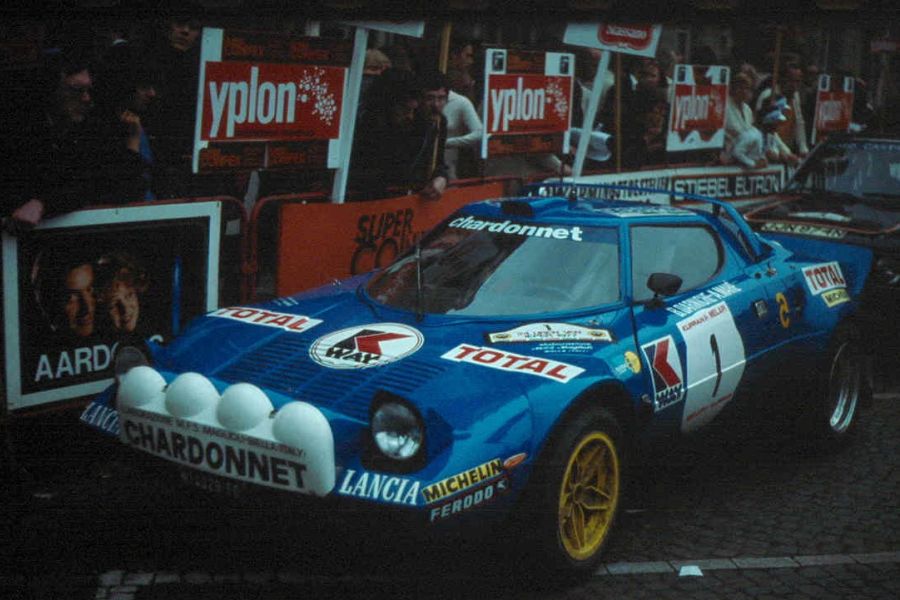 In 1977, Darniche spent the entire season in a Lancia Stratos HF, participating in the FIA Cup for Rally Drivers, European and French championship, but he scored the greatest success in a Fiat 131 Abarth. He won Tour de Corse rally for the third time in a career.

Earlier that year, he retired at Rallye Monte-Carlo WRC event, captured one more ERC title with nine wins and finished second in the national championship and third in the FIA Cup.

He captured his third French rally title, finished sixth in the European Rally Championship and seventh in the FIA Cup for Rally Drivers.

Darniche was using Lancia Stratos HF outside rally championships also, winning the Ronde Cevenole in June. A week later, he joined Jean Rondeau's team at 24 Hours of Le Mans. At the wheel of the #78 Rondeau M378, sharing a car with Jean Rondeau and Jacky Haran, he finished ninth overall and first in GTP3.0 class.

Darniche returned with Rondeau to Le Mans in June 1979, scoring one more class victory. This time, he was sharing the #5 Rondeau M379 with Jean Ragnotti, finishing fifth overall and first in S+2.0 class. 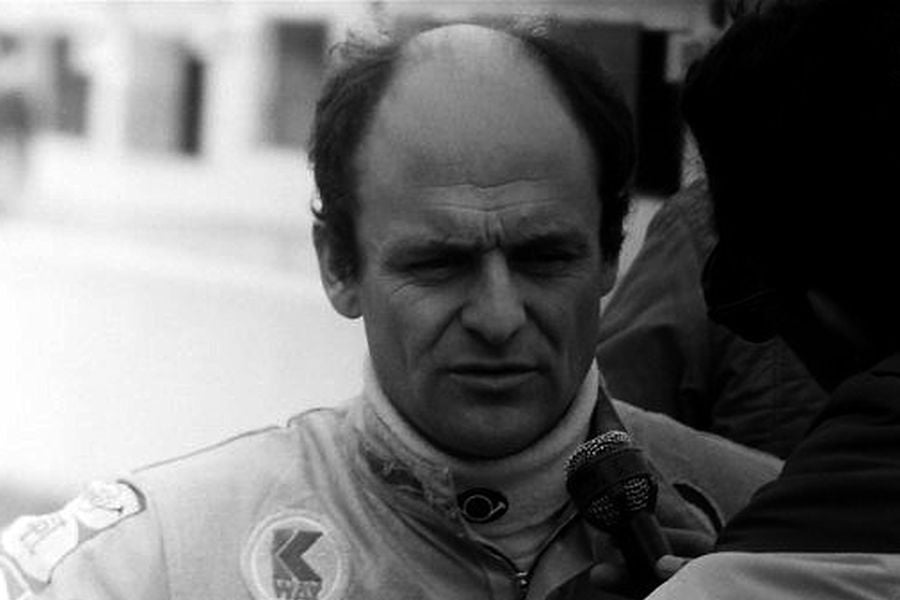 In rallying, the season 1979 was marked with two great WRC victories. In January, Darniche and Alain Mahe won the Rallye Monte-Carlo in Team Chardonnet's #4 Lancia Stratos HF. At the end of the season, in November, Darniche drove the same car to his fifth win at Tour de Corse.

In 1979, the World Rally Championship for drivers had been established and Darniche finished sixth in the points. Between those two WRC wins, Darniche won at Tour de France ERC event. 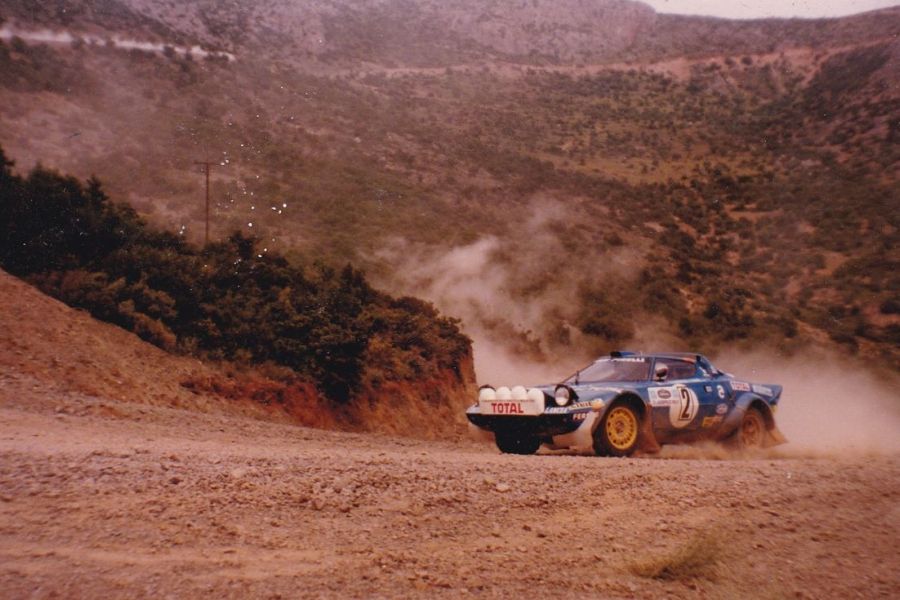 DNF at 1980 Le Mans in a Lancia Beta Montecarlo

In 1980, Darniche continued to combine rallies and sports car races, driving Lancias in both disciplines. In rallying, the highlight of the season was the second place at Rallye Monte-Carlo in the #1 Lancia Stratos HF, behind Walter Röhrl in a Fiat 131 Abarth. Darniche won two ERC events that year, the Rally Costa Smeralda and Tour de France.

In sports car events, he raced with Lancia Beta Montecarlo Group 5 car. At Le Mans 24h, he was sharing a car with Hans Heyer and Teo Fabi but they retired early.

In 1981, Darniche started a season with sixth place at Rallye Monte-Carlo, driving a Lancia Stratos HF for Team Chardonnet. He then retired at Targa Florio Rally in a Fiat 131 Abarth and won one national event in a Lancia.

In May 1981, Darniche scored his sixth win at Tour de Corse, driving the #10 Lancia Stratos HF. His record of six wins has never been broken, only Didier Auriol equalized the number in 1995. 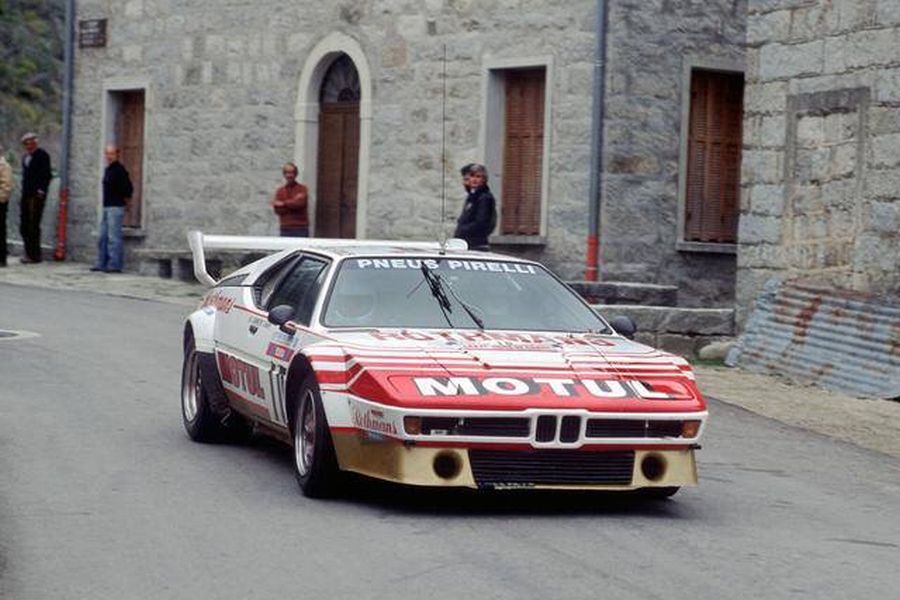 In June 1981, Darniche recorded his last attempt at Le Mans 24 Hours, driving a BMW M1. Sharing the #51 car with Johnny Cecotto and Philippe Alliot, he finished 16th overall and fifth in Group 5 classification.

Later that year, in November, Darniche started to drive BMW M1 in rallies, spending the entire 1982 season in that car. The car was fast but unreliable and he recorded many DNF, including at Tour de Corse WRC event. 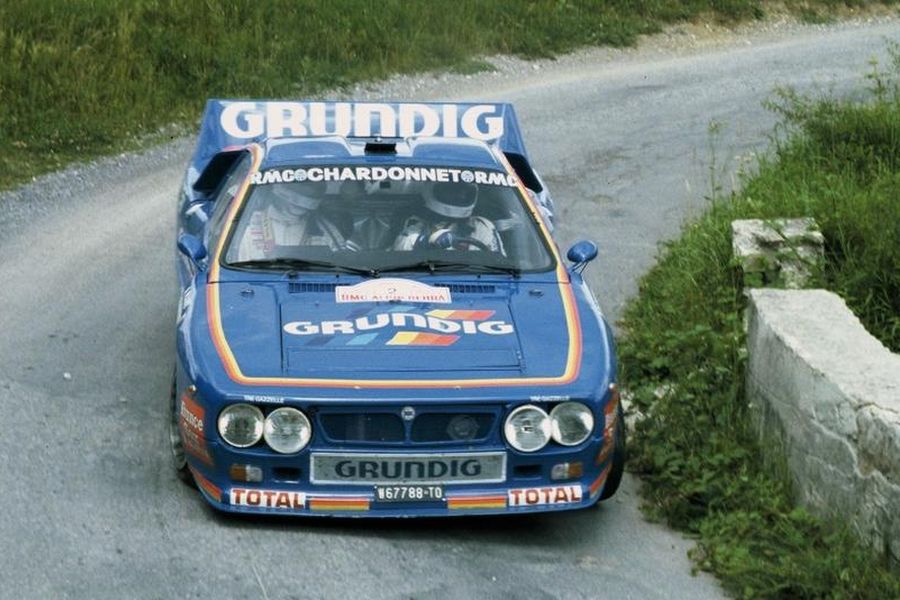 The Group B era in rallying started in 1983 and Darniche also switched to that type of cars. In 1983, he finished third at Tour de Corse in a Lancia 037 Rally, then moving to Audi Quattro A2 at Rallye Sanremo and finishing ninth. In 1984, Darniche was first in A8 Class at Rallye Monte-Carlo in an Audi 80 Quattro. At 1984 Tour de Corse, he crashed out in an Audi Quattro A2.

In 1985, Darniche participated in three rallies, including Tour de Corse, in a Peugeot 205 T16, retiring in all three events. In 1986, he was driving Lancia 037 Rally in the European Rally Championship, managing to score just two podiums. 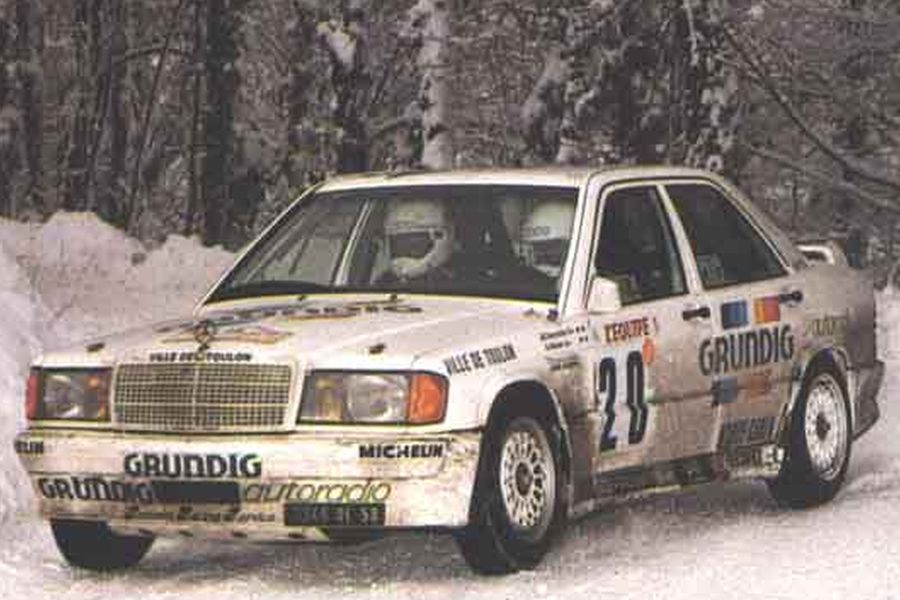 Bernard Darniche at 1987 Rallye Monte-Carlo in a Mercedes

The last competitive season in a Mercedes

When the Group B was banned, Darniche decided to make a switch to Mercedes-Benz  190E 2.3 16V in 1987, driving that car in two WRC rounds and few more French rallies.

He retired both at Rallye Monte-Carlo and Tour de Corse. His last event was the Rallye du Var, a part of the European Rally Championship, in which he finished seventh. 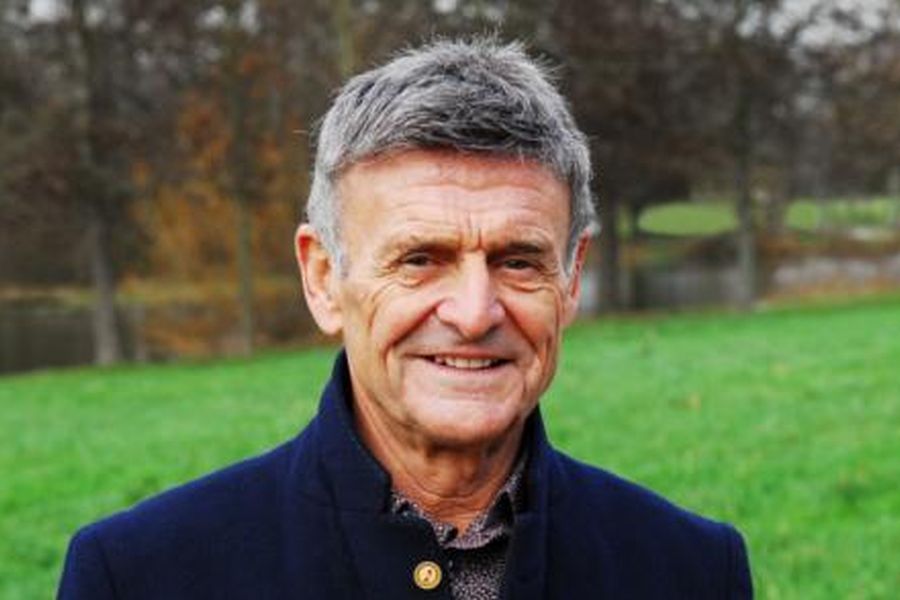