Memo Gidley is a Mexican-American racing driver who achieved the most in North American open-wheel and sports car competitions. Early in a career, he was a runner-up in the 1995 USF2000 National Championship and 1997 Toyota Atlantic Championship, entering the CART Championship Series in 1999. He was active in the Champ Car/Indy Car racing until 2004, scoring three podiums.

From 2005, he competed mostly in the Grand-Am Rolex Sports Car Series and American Le Mans Series with different teams, scoring some notable results. Gidley's career was interrupted in January 2014 after a nasty crash at Daytona 24 Hours in a Chevrolet Corvette Daytona Prototype. He returned to racing in September 2017 in the Pirelli World Challenge and then moved to IMSA Prototype Challenge in 2018.

A visit to Laguna Seca awoke Memo's appetite for racing

Jose Guillermo 'Memo' Gidley was born in La Paz, Baja California Sur, Mexico in September 1970. In 1991, his uncle took him to see an Indy Car race at the legendary Laguna Seca Raceway, so Memo decided that he wants to be a racing driver.

He made his first racing steps in the Jim Russell Racing School and then in the USAC Russell Championship Series. He won the 1992 championship title, winning nine of eleven races. After winning his first championship and graduating from the Mechanics Training Program, Memo moved to San Francisco.

Runner-up in the USF200 and Toyota Atlantic Championship

Gidley continued a career through karting competitions and then entered the inaugural season of the SCCA-sanctioned USF2000 National Championship, He was a race winner three times, finishing second in the points, behind Jeret Schroeder. 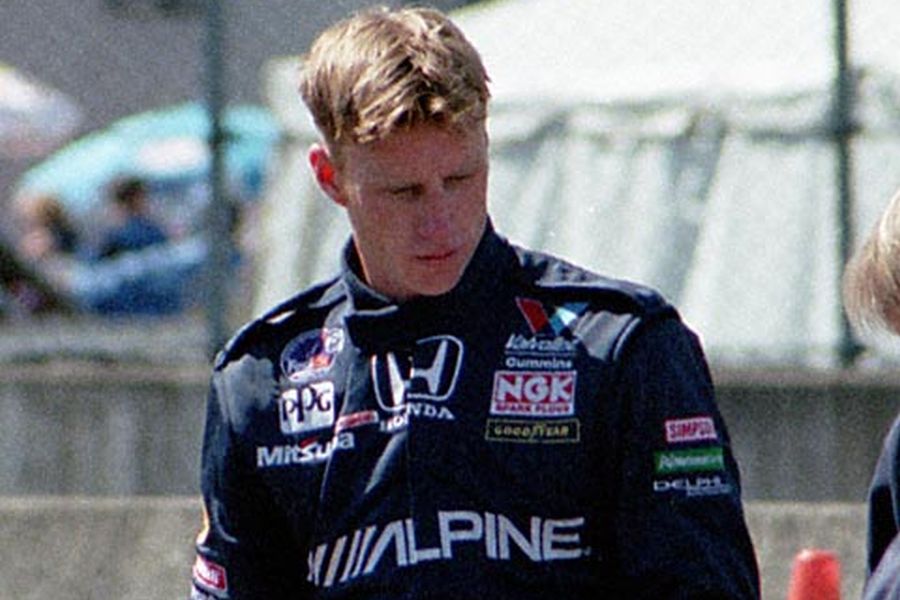 In 1999, Gidley reached the premium series of the North American open-wheel racing, the CART FedEx Championship Series. He joined Walker Racing in the 8th round to drive the #15 Reynard-Honda at Portland International Raceway. He finished 19th.

Gidley stayed with the team in three more races, with 11th place at Cleveland as his best result, switching to Payton/Coyne Racing in the second part of the season. He was driving the #71 Reynard-Ford in six races, finishing best in 12th at Vancouver.

In 2000, Gidley started a season making a debut at Daytona 24 Hours, driving a Reynard 2KQ-Judd for Johansson Matthews Racing together with Stefan Johansson, Jim Matthews and Guy Smith. They were 23rd.

It was Gidley's only sports car race that year, as he continued to compete in the CART Championship Series. He participated in three races with Forsythe Racing's #32 Reynard-Ford and then in nine races with Della Pena Motorsports' #10 Reynard-Toyota.  His best result was sixth place at Road America, he finished 20th in the final standings. 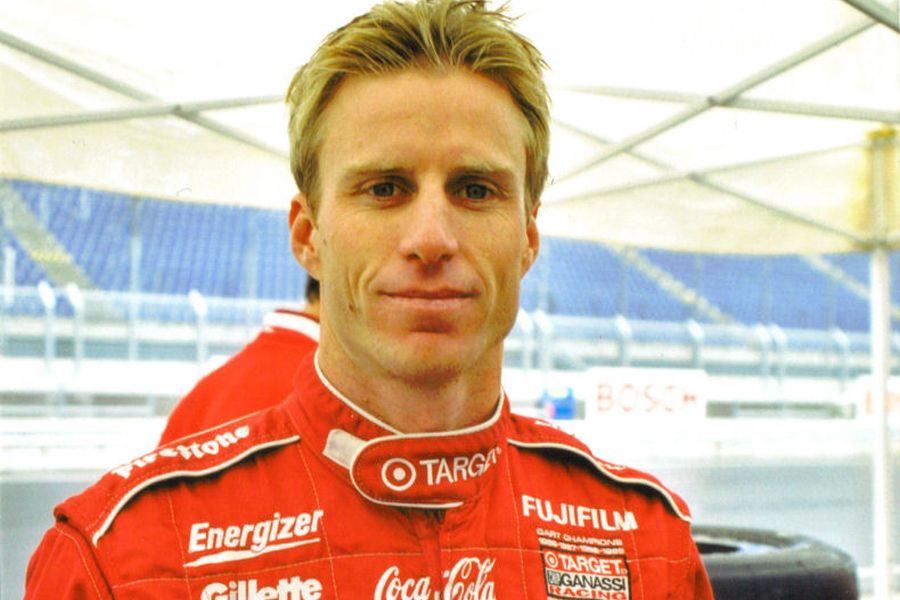 Gidley had no ride for the 2001 CART season and then joined Chip Ganassi Racing from the eighth round. It was his career-best season as he scored three podiums in the #12 Lola-Toyota. He was second in Cleveland, then third at Houston and again second at Laguna Seca. He finished 17th in the final classification.

He was close to a new contract for 2002 but Chip Ganassi chose Bruno Junqueira and Kenny Brack as his drivers.

While competing in the CART championship, Gidley tried to qualify for the Indianapolis 500 race, which was a part of the rival Indy Racing League series. He failed in 2000 with Pelfrey Racing and then again in 2001 with Brayton Racing.

In 2002, he participated in one IRL race with Dreyer & Reinbold Racing, coming to Indianapolis with Duesenberg Brothers Racing, failing to qualify again. Gidley's last attempts in the open-wheel racing were starts with Rocketsports in two Canadian races (Toronto, Vancouver) of the 2004 Champ Car World Series. 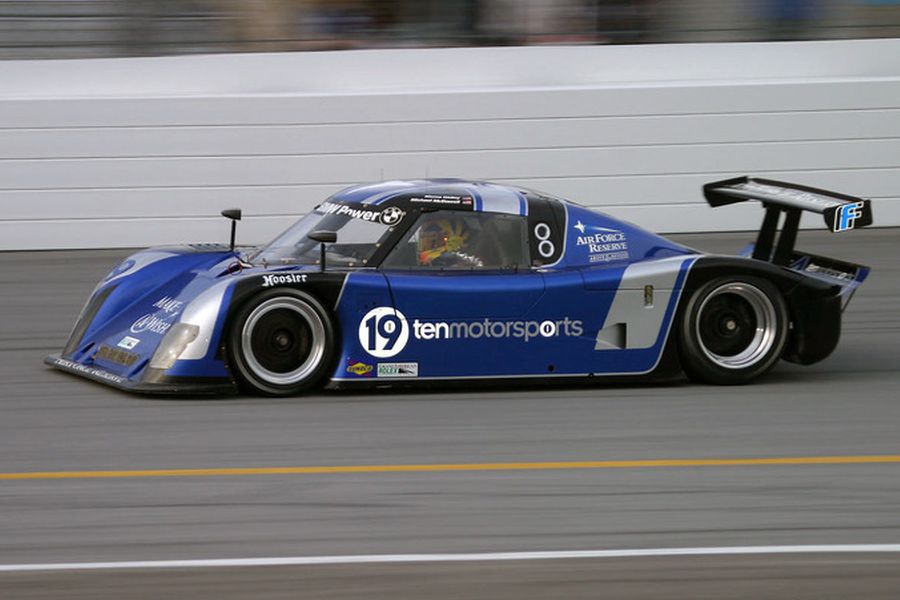 Focusing on sports car racing since 2005

During 2004, Gidley participated in the Speed World Challenge, driving a Ford Focus in the Touring Car class. In 2005, he switched his focus on sports car racing, joining Ten Motorsports to drive the #19 Riley-BMW in the Rolex Sports Car Series.

His full-time teammate was Michael McDowell. They were second at Barber Motorsports Park and won season's finale in Mexico City. Gidley finished the season sixth in the points.

For 2006 Rolex Sports Car Series, Gidley joined Finlay Motorsports to drive the #19 Playboy/Uniden Crawford-Ford, with Michael McDowell again as his co-driver. With just one podium, Gidley finished 30th in the points.

In September 2006, he had a one-off appearance in the American Le Mans Series, driving a Lola  EX257 LMP1 prototype for Highcroft Racing at Petit Le Mans. He, Duncan Dayton and Vitor Meira finished in the third place.

For the 2007 Rolex Series, Gidley changed a team again. He started a season driving a Doran-Ford for Doran Racing. After seven rounds, he moved to SunTrust Racing and immediately scored a podium at Barber Motorsports Park, in the #10 Riley-Pontiac he was sharing with Max Angelelli and Wayne Taylor. In the next race, he scored one more podium with SunTrust Racing, finishing second at Watkins Glen.

In 2007, Gidley also participated in two American Le Mans Series races with two different teams. At Sebring 12 Hours, he was a part of Petersen White Lightning team in a Ferrari F430 GTC. At Petit Le Mans, he joined Team Cytosport to drive a Lola LMP1 prototype.

In 2008, Gidley spent a whole Rolex Sports Car Series season with Doran Racing, driving the #77 Doran-Ford Daytona Prototype. His full-time partner was Brad Jaeger. The results were disappointing, with fifth place at Watkins Glen as the best finish.

Doran Racing retained Gidley and Jaeger in the #77 car for 2009. Their new car was a Dallara DP01-Ford. The results weren't better than in the previous year, with fifth place at Virginia as the highest finish. Dion von Moltke became Gidley's co-driver in 2010. Their best result in the #77 Dallara DP01 was the fourth place at Barber Motorsports Park. 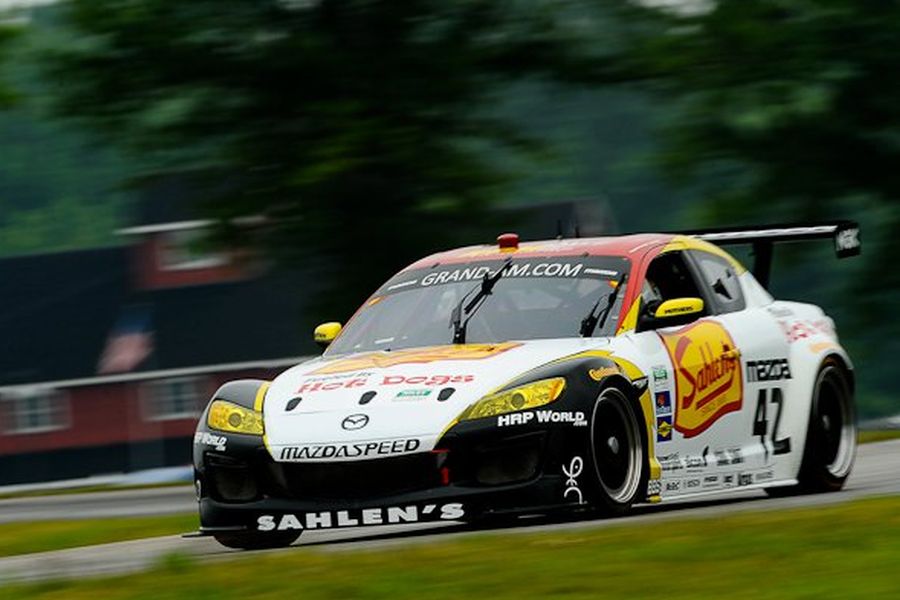 A podium in the ALMS race at Laguna Seca

In 2010, Gidley also raced with Muscle Milk Team Cytosport in the ALMS race at Laguna Seca, driving the #6 Porsche RS Spyder and finishing in the second place together with Sascha Maassen and Klaus Graf.

A season in a Grand-Am GT class with Mazda

Gidley stayed with Team Sahlen in the 2011 Grand-Am Rolex Series season, sharing the #42 Mazda RX-8 with Wayne Nonnamaker, Joe Nonnamaker and Will Nonnamaker.

At Daytona 24 Hours, they were seventh in the GT class. Later in the season, Gidley and Wayne Nonnmaker were co-driver, finishing 20th in the final GT standings. 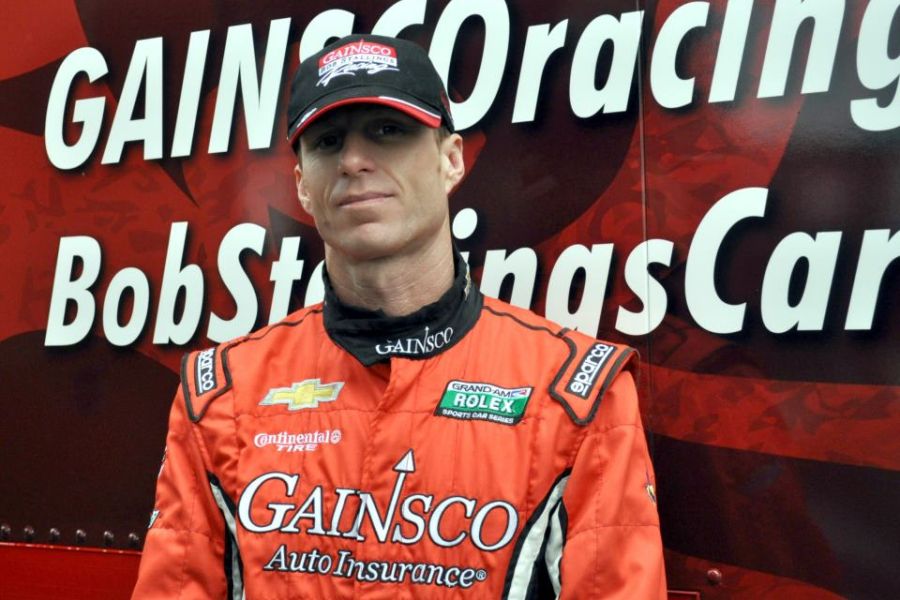 In 2012, Gidley slowed down his racing activities, participating in just four races. At Daytona 24 Hours, he was driving the #99 Chevrolet Corvette DP for GAINSCO/Bob Stallings Racing, sharing a car with Alex Gurney and Jon Fogarty.  They were 33rd. In the same year, Gidley raced with Muscle Milk Pickett Racing in the LMPC class of the American Le Mans Series. At Long Beach, he and Mike Guasch were fourth overall and second in the class.

In 2014, it was the same crew in the #99 Corvette. They started a race first on the grid but a horrific accident happened in the third hour of the race when Gidley slammed into the back of the slowed Ferrari driven by Matteo Malucelli. Gidley suffered a broken back and leg and arm injuries. He had eight surgeries that took him three years to recover.

The crash also ruined the team's plans. GAINSCO/Bob Stallings Racing had planned to compete the North American Endurance Cup but pulled out of the championship because a car was badly damaged. Team owner Bob Stallings announced that he was shutting down the team for the remainder of the season.

Gidley returned to racing in September 2017

In September 2017, more than three and half years after an accident, Memo Gidley returned to racing. He joined TKO Motorsports in their debut entry in the Pirelli World Challenge, driving a Porsche 911 GT3 R at Grand Prix of Sonoma. He finished 13th in two races, announcing his full-time return in 2018.

In 2018, Gidley joined Five Miles Out Racing to driver a Norma-Nissan prototype in the IMSA Prototype Challenge.