Mugello Circuit, or Autodromo Internazionale del Mugello, is one of most famous Italian racing circuits. The current racing track, which is situated 30 km northeast of Florence, was opened in 1974 but we can track back the origins of the racing on the road course in the region of Mugello all the way back to 1914 when the first race was held.

The first Mugello Grand Prix was organized in 1920 and since then the race was held 33 times as a part of different single-seater or sports car competitions. The last Mugello Grand Prix was held in 2000 as a Formula 3000 race. After that Mugello hosted many different automobile racing competitions, such was DTM or FIA GT championship. In the last two decades, Mugello is best known as a venue for the Moto GP Italian Grand Prix, and it’s on that championship calendar constantly since 1994. 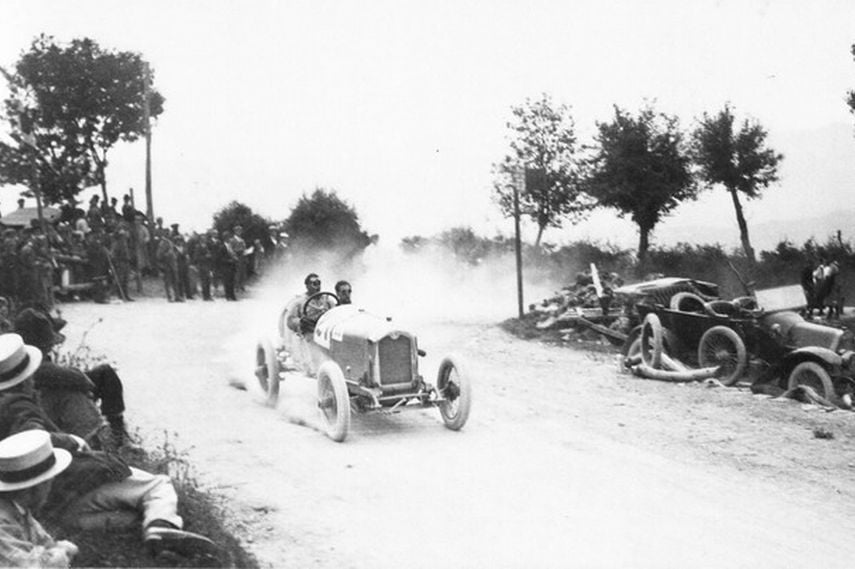 But, let’s start the story from the very beginning, more than hundred years ago. The Mugello racing tradition originates from 1914 when the first race was held on 66-km road circuit through the beautiful Tuscany landscapes of Mugello region. The World War I interrupted all the sports activities and race cars returned to the circuit in 1920.

A lap across the Tuscany hills

The dusty track, which went on from Scarperia uphill to Firenzuola, and then through the Futa Pass downhill San Piero and Scarperia, hosted many famous names in Italian and international racing. The winner of the Mugello Grand Prix in first two editions, in 1920 and 1921, was Giuseppe Campari with Alfa Romeo. In the first race, Enzo Ferrari didn’t make it to the finish, but next year he took the class victory with his Alfa Romeo. In 1922, Alfieri Maserati was the winner, driving the Isotta-Fraschini. Between 1925 and 1928 the local hero Emilio Materassi scored three victories. 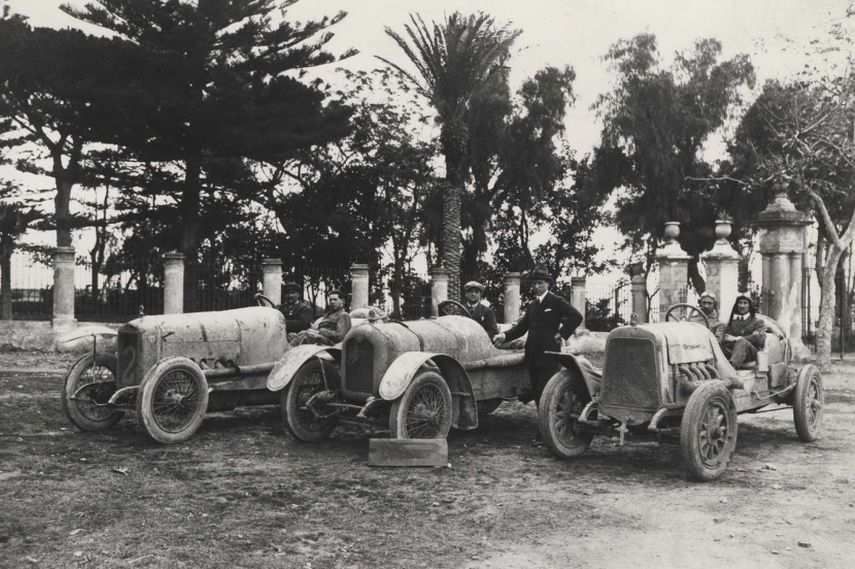 Enzo Ferrari and Giuseppe Campari were rivals and teammates,in their Alfas

Mille Miglia and Targa Florio were included into the FIA World Sportscar Championship, so the 1955 Mugello Grand Prix, held on the shortened 19-km track, was a non-championship race. The winner was Umberto Maglioli with Ferrari. After that, the Mugello was again abandoned by race car drivers, until 1964. 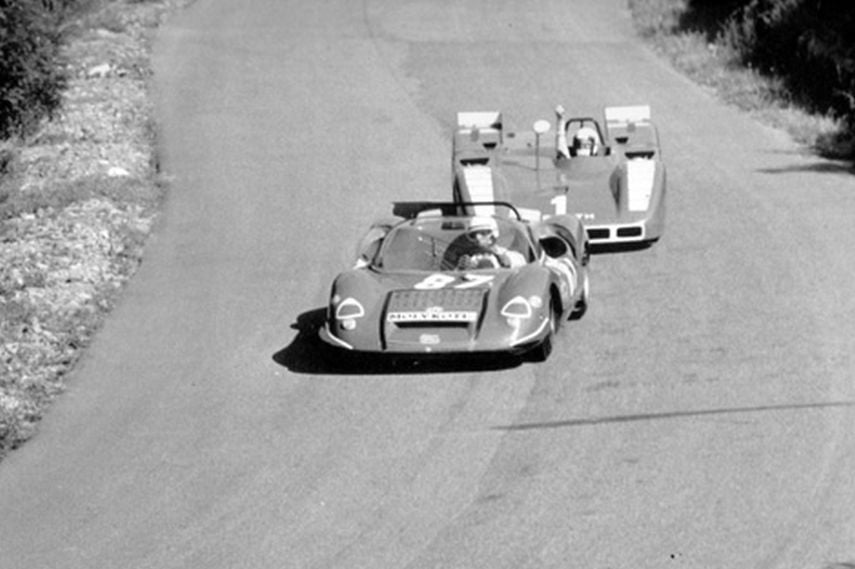 Between 1964 and 1970 the Mugello Grand Prix was again organized on the original 66-km course. Some world renowned winners were Jochen Neerpasch with Porsche, Nino Vaccarella and Luciano Bianchi with Alfa Romeo and Arturo Merzario with Abarth. 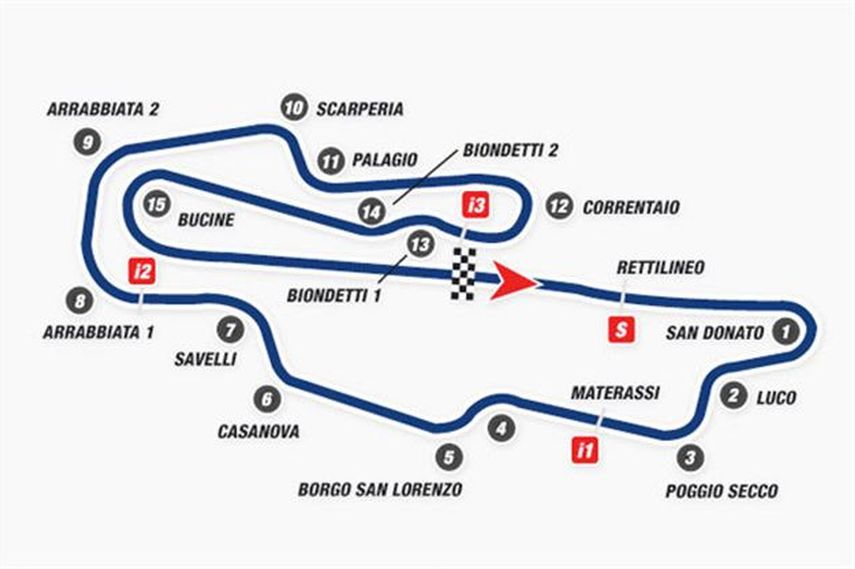 The newly constructed 5245 metres long circuit, with 15 turns, hosted its first race on June 23rd, 1974. It was the race of the Formula 5000 European Championship. The first ever winner on the modern Mugello Circuit was David Hobbs.

The name of Mugello Grand Prix was reborn in July, with a race which was a part of the Formula Two European Championship. The winner was Patrick Depailler, who later won the championship title.

From 1975 to 1984 ten more races were held in the Formula Two championship, with eight different winners. Two-time winners were Brian Henton and Corrado Fabi, whilst Maurizio Flammini, Jean-Piere Jabouille, Bruno Giacomelli, Derek Daly, Jonathan Palmer and Mike Thackwell were victorious one time, each. 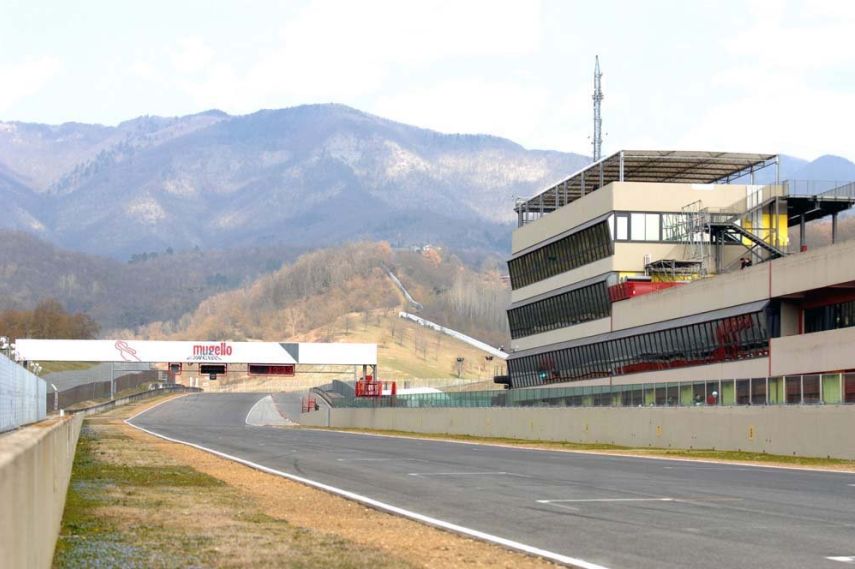 Jacky Icxk and Jochen Mass won at 1000 km of Mugello

In 1985, Formula Two was converted to Formula 3000 and Mugello was removed from the calendar. Another major competition was organized at Mugello that year – the 1000 km of Mugello as a part of the World Endurance and World Sportscar championships. It was the opening round of the season, and the winners were Jochen Mass and Jacky Ickx with Rothmans Porsche 962C.

The Formula 3000 championship came to Mugello in 1986 and Pierluigi Martini won the race. It was just a one-race return, because, for the next four seasons Formula 3000 did not visit Mugello. 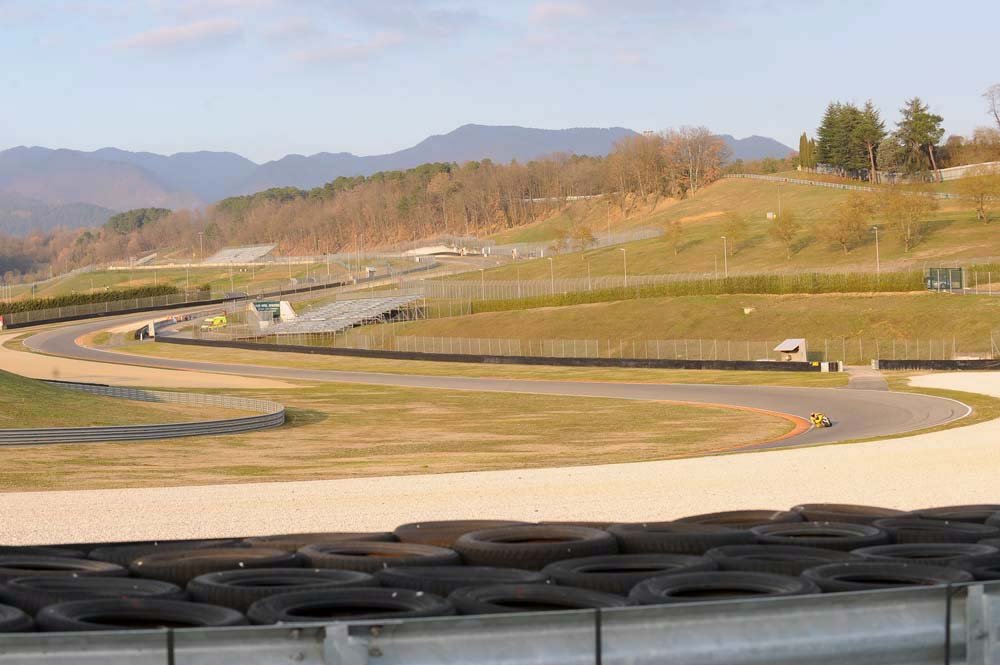 The track layout with 15 turns wasn’t changed since 1974

The one more sole event repeated in 1990 when Alex Zanardi won the race. From 1992 to 1995 Formula 3000 again raced somewhere else but not in Mugello. Three more Formula 3000 Grand Prix races were held in 1996, 1997 and 2000, with Brasilian drivers Ricardo Zonta (triumphed two times) and Ricardo Sperafico (one win) dominating the track. 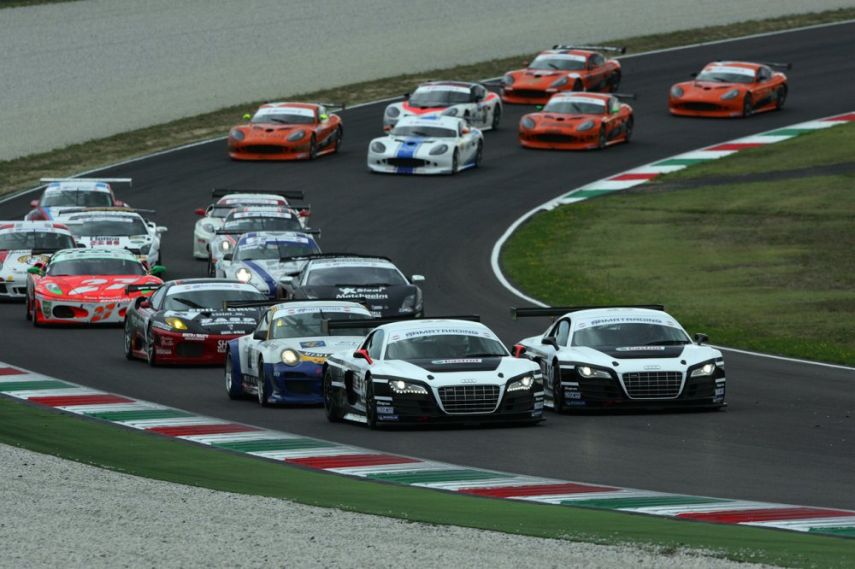 Two wins for Mercedes in DTM races at Mugello

DTM visited Mugello for two years in a row, in 2007 and 2008. The winners of the two DTM races were Mercedes drivers Jamie Green and Mika Hakkinen. Since 2014, the main event at Mugello is a 12-hour endurance race for GT cars and touring cars, as a part of the 24H Series.

Valentino Rossi is a record holder with seven wins

As we said, Moto GP world championship regularly visited Mugello since 1994. There were few motorcycle Grand Prix races prior to that, but since 1994, Gran Premio d’Italia is regularly held at Mugello. The record holder with seven victories in the premium class is Valentino Rossi. 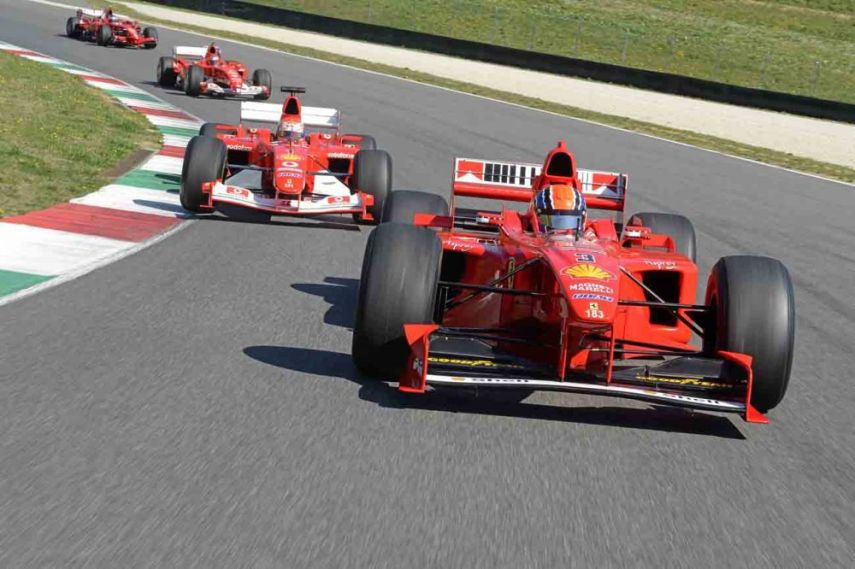 Ferrari bought the track in 1988

Property of Ferrari since 1988

Besides racing, Mugello Circuit is a popular testing track, even for the Formula One cars, especially after Ferrari bought the track in 1988. The extensive renovations followed in 1991 and Mugello became the modern high-tech racing facility. In 2012, even the official Formula One testing was held there.

Today’s Mugello circuit is popular facility not just for racing but also for all kinds of other business events, because of its location near Florence, in the middle of beautiful Tuscany hills. Driving in such a landscape is, according to many, one of the most memorable moments in every racer’s career.

Video: Onboard lap around Mugello