Launched in 1976, the Porsche 936 was constructed to compete in Group 6 of the World Sportscar Championship. The new car had a hard task to continue the winning path of its predecessors 917 and 908. Actually, the Porsche 936 was the mix of its predecessors. Many concepts and elements of the previous models were implemented to the new Group 6 car. The biggest change was done to the chassis to cope with the increased engine power.

After relatively quick design and construction process, the Porsche 936 debuted on the track in April of 1976. Many were thinking that the first year will be used mainly for development of the car but the results were quite well. After an inglorious debut at Nurburgring 1000 km, the car was developed and the results improved. The biggest achievement definitely was a triumph at Le Mans 24 Hours when Gijs van Lennep and Jacky Ickx drove the #20 Porsche to the victory. The other Porsche 936, driven by Reinhold Joest and Jurgen Barth retired from the race. 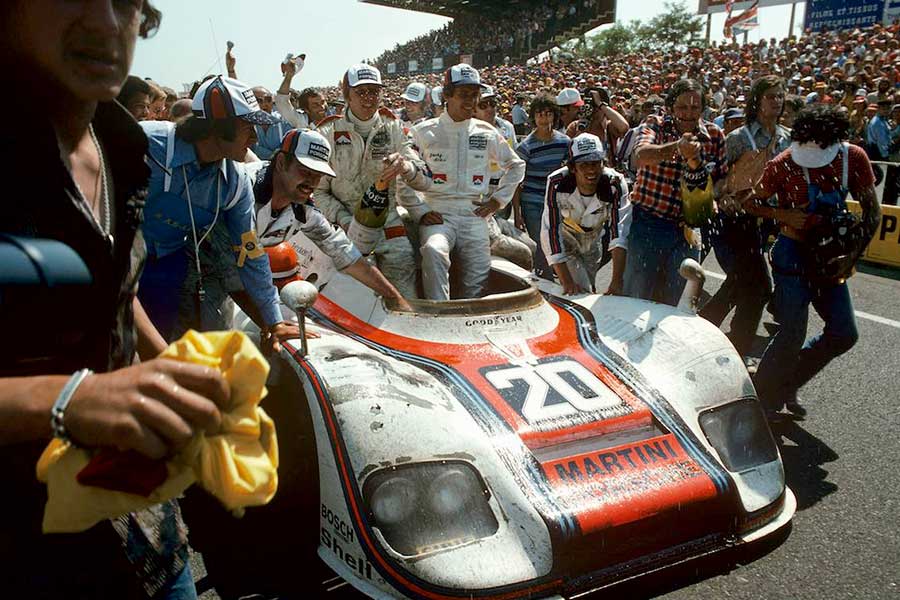 After the victory at Circuit de la Sarthe, Porsche 936 continued to dominate the season and won the remaining six rounds of the World Sports Car Championship. Porsche was crowned as WSCC Constructors’ champion but in the following year German manufacturer set other priorities.

Interestingly, Porsche decided not to sell the 936 to private teams, wanting them instead to use the 935 and updated 908 cars. In 1977 the only goal for the German manufacturer was to score another win at Le Mans and again fielded two cars. The #4 car driven by Jurgen Barth, Hurley Haywood, and Jacky Ickx, who joined them after his and Henri Pescarolo’s Porsche #3 was pulled out at the early stage of the race. It was another marvelous victory after the margin to the 2nd-placed Renault was 11 laps mainly thanks to Ickx’s phenomenal driving. 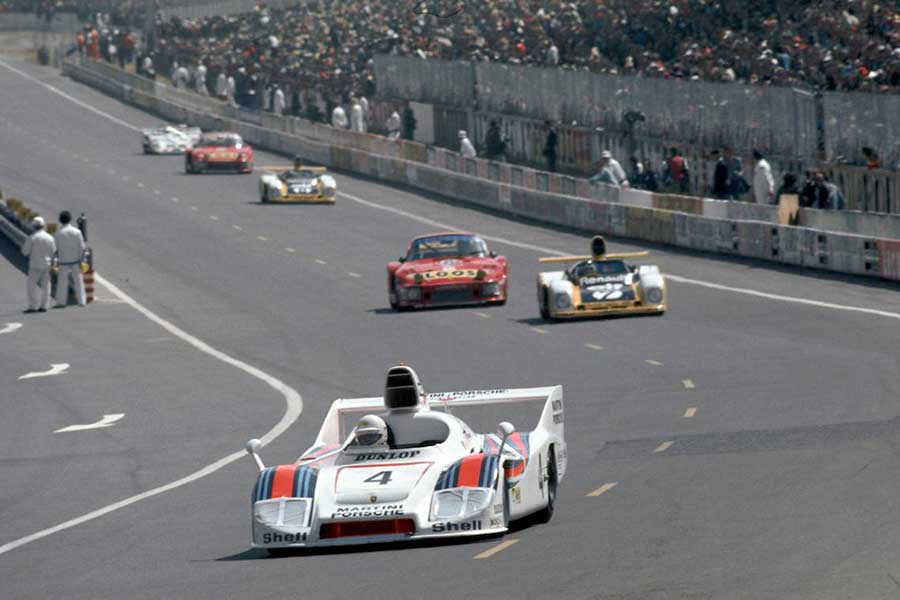 1977 24 Hours of Le Mans, the Porsche 936 of Jurgen Barth, Hurley Haywood and Jacky Ickx won after big battle with Renault

The 1977 model had a much sleeker low-drag body, frontal area was decreased, and the turbocharged engine was equipped with two smaller turbochargers for better throttle response.

The Porsche 936 wasn’t able to win for the third consecutive time in 1978, even after being dominant in qualifying. However, two cars finished 2nd and 3rd respectively, with Bob Wollek, Jurgen Barth, and Jacky Ickx in the car #6, and Reinhold Joest, Hurley Haywood, Peter Gregg in the Porsche #7. The third Porsche #5 of Jacky Ickx, Henri Pescarolo, and Jochen Mass retired on lap 255. 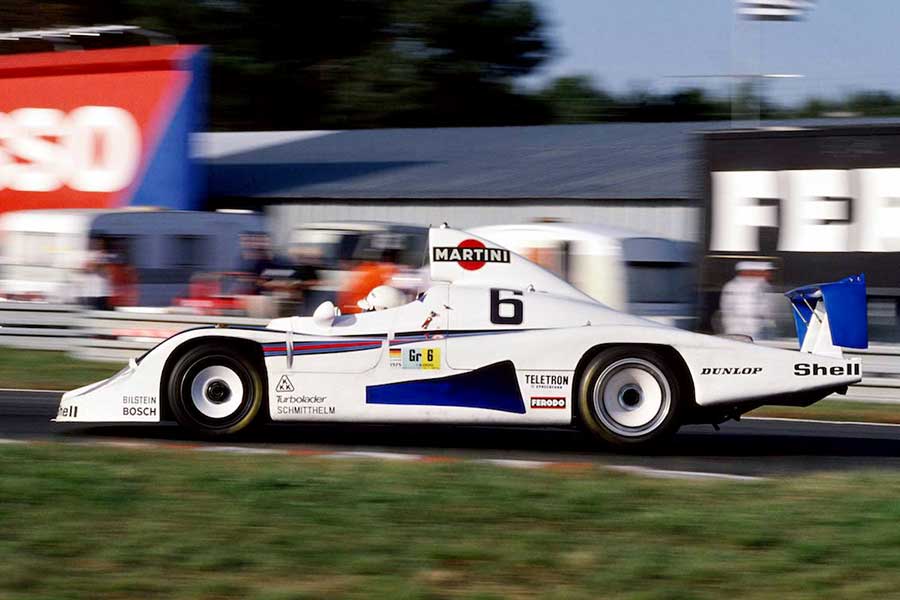 After a disappointing appearance in 1979 when both cars retired from the race, the three Porsche 936 were retired and placed in the factory museum. An experimental attempt in 1980 when Joest Racing built a Porsche around 936-004 chassis was relatively good after the car driven by Jacky Ickx and Reinhold Joest finished 2nd in the race. However, that wasn’t an original Porsche 936.

A bit surprisingly, two Porsche 936 were pulled out of retirement for the 1981 Le Mans 24h. Instead of building a new Group 6 car, what was illogical because of major rule changes announced for 1982 the modified 936s equipped with a new 24-valve IndyCar engines were entered and that was a bingo. The #11 Porsche 936 driven by Derek Bell and Jacky Ickx won the race, while the #12 Porsche of Jochen Mass, Hurley Haywood, and Vern Schuppan was 2nd in the class. 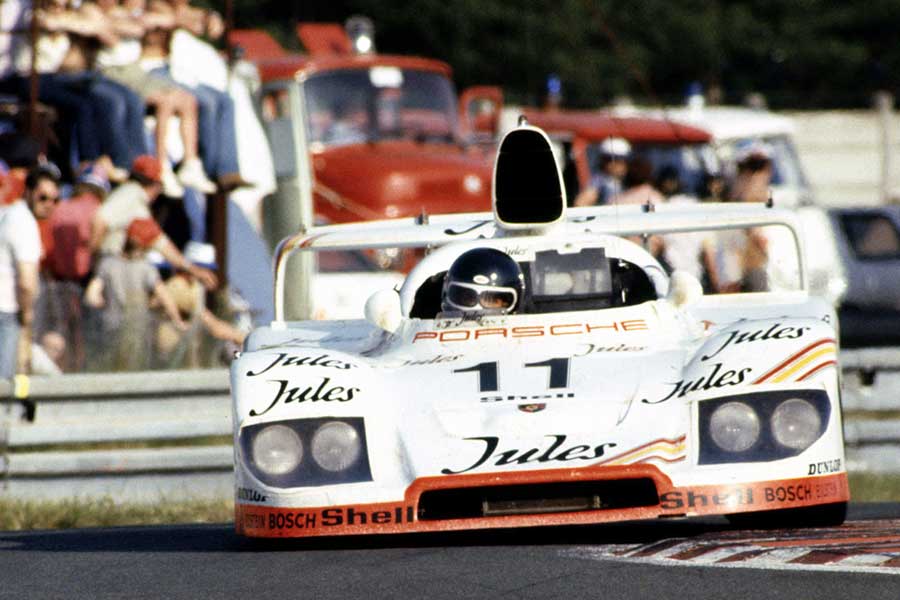 That definitely was the end of Porsche 936’s long and fruitful racing career. In the following year the legendary car was replaced with Porsche 956 which had a brand new chassis and body, but carried the same turbocharged six-cylinder engine like the 1981 Le Mans winner.