Porsche 908 Was the Master of Nürburgring and Targa Florio

Porsche 908 is a racing car which was used by the German manufacturer and many private teams in the sports car races between 1968 and 1981, parallel to Le Mans-winning models 917K and 936.

The 908 scored many world championship wins, of which the most notable is record of five wins at Nürburgring Nordschleife. At 24 hours of Le Mans, the 908 was a regular podium scorer and class winner, with second place in 1969 as the best overall result. 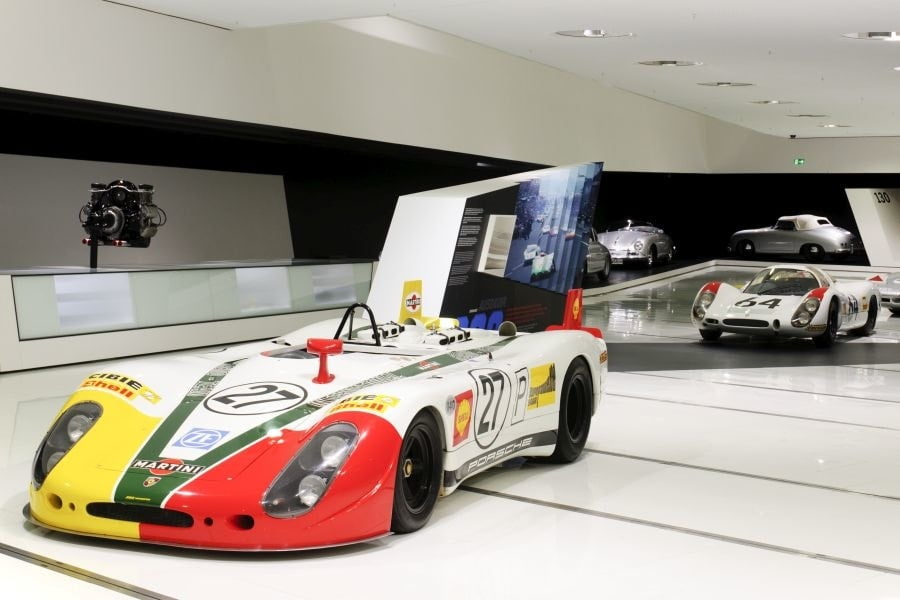 Different versions of 908 in the Porsche Museum

The 1960s was a time when Porsche still didn’t have Le Mans victory on its account. In 1966 and 1967, Ford scored historic wins with Ford GT40, beating factory entered Porsche 906s, 910s and 907s. For the 1968 season, Porsche developed the 908, according to new FIA rules for Group 6 Prototype-Sports Cars which were limiting engine displacement to 3000cc, same as in the Formula 1.

The original Porsche 908 (marked as 908/01) was a closed-cockpit prototype with aluminum spaceframe chassis and fiberglass body, weighing 650 kg. It was using a new flat-8 engine with maximum allowed displacement (2996cc). An air-cooled engine was producing 350 hp at 8400 rpm.

Only one victory in debuting season

Porsche had a victorious start of the FIA World Sports Car Championship, winning both Daytona 24h and Sebring 12h with older 907, powered by the 2.2L 8-cylinder engine. The highlight of the season for new Porsche 908 was a victory at 1000km of Nürburgring, with Jo Siffert and Vic Elford driving. Later in the season, Ford repeated a victory at Le Mans (third in a row) and took the championship title. 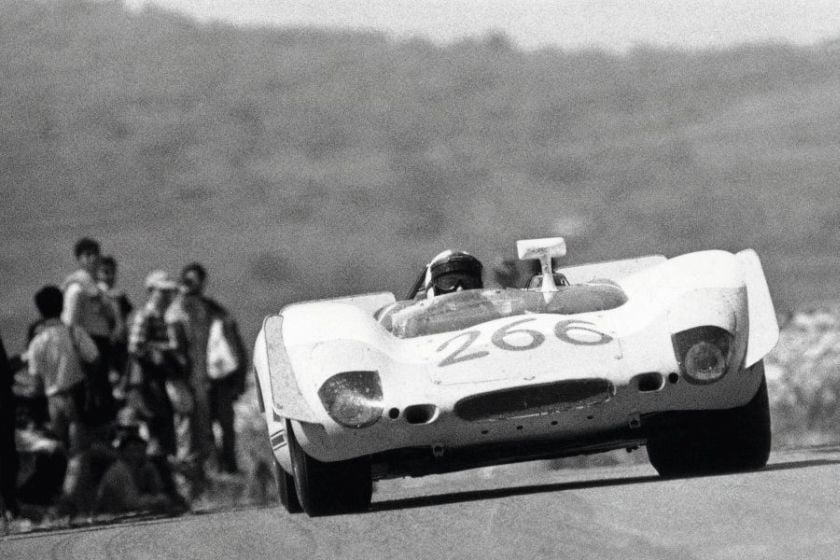 For the 1969 season, Porsche was developing a V12-powered 917 for the Group 5 while the Group 6 Porsche 908 was converted from a coupe into a spyder, due to new rules which enabled a lowered weight. The car was marked as 908/02 and it weighed about 600 kg.

After failures at Daytona and Sebring, Porsche 908/02 started to collect wins in the European rounds of the World Sports Car Championship, winning at Brands Hatch, Monza, Targa Florio, Spa and Nürburgring. All that big wins led to the WSC championship title. At 24h Le Mans, Ford achieved the fourth consecutive win. Hans Herrman and Gerard Larrousse finished second in the #64 Porsche 908/01 Coupe. 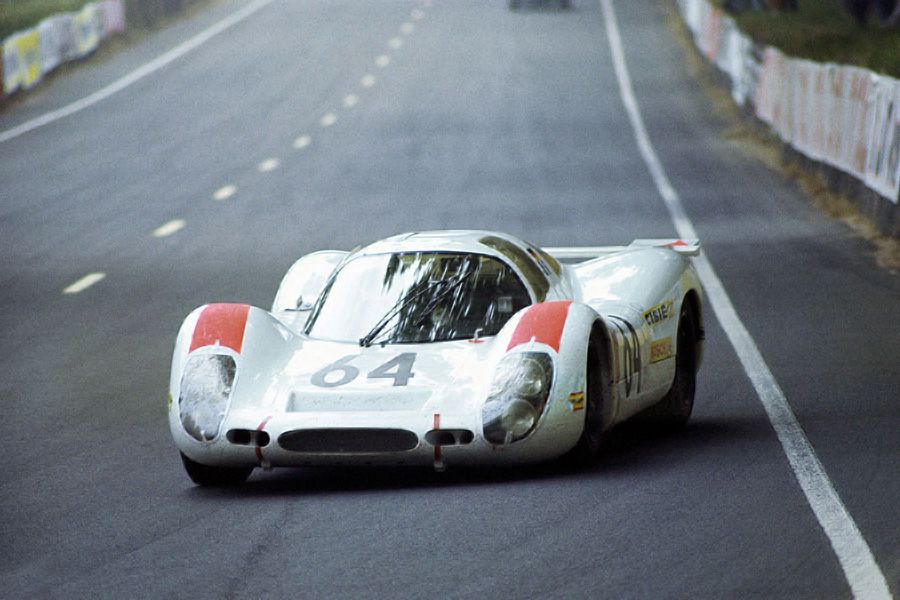 The powerful V12-powered Porsche 917 became the main car for Porsche in 1970, but the company decided to continue running 908 wanting to have specific cars for each type of a track. The 908 was a perfect car for twisty and slow tracks such were Nürburgring or Targa Florio. 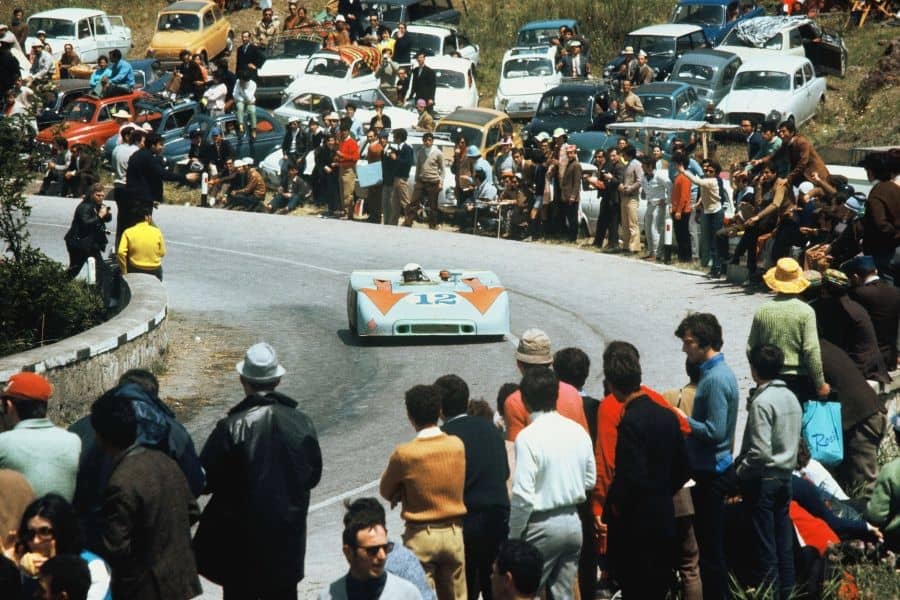 In the 1970 World Sports Car Championship season, the 908 /03 was a victorious car at Targa Florio (Jo Siffert/Brian Redman) and 1000 km of Nürburgring (Vic Elford/Kurt Ahrens Jr). The race weekend at Nürburgring was marred by the fatal accident of Finnish driver Hans Laine in a Porsche 908/02.

Porsche 917K was dominating for rest of the season, securing championship title for the German manufacturer. In June 1970, Porsche finally scored its maiden Le Mans victory with Hans Herrman and Richard Attwood in the #23 Porsche 917K. 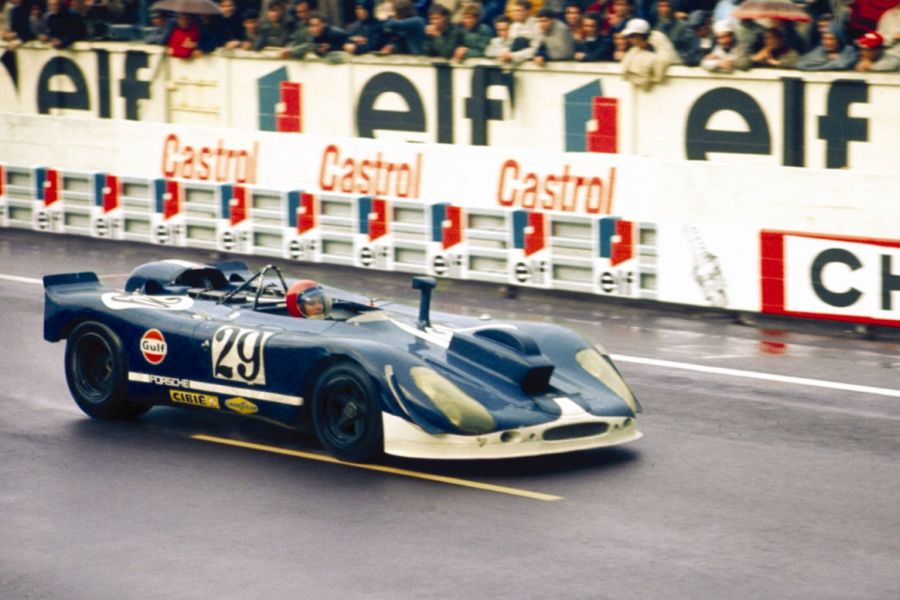 The 1970 Le Mans race provided a background for Steve McQueen’s movie ‘Le Mans’. The #29 Porsche 908/02, driven by Herbert Linge and Jonathan Williams, used as a camera car. They finished ninth in the race. The best-placed Porsche 908 in that race was the #27 car of Rudi Lins and Helmut Marko, who finished third overall, eight laps behind the winners in the 917K.

In the 1971 WSC season, Porsche continued to combine 917 and 908. At Targa Florio, Porsche was beaten by Alfa Romeo. At Nürburgring, Vic Elford and Gerard Larrousse won the race in the 908/03 which has added vertical fins. At Le Mans, Porsche repeated a victory with 917K while several private teams were running 908s. Porsche won the WSC championship title for the third year in a row. 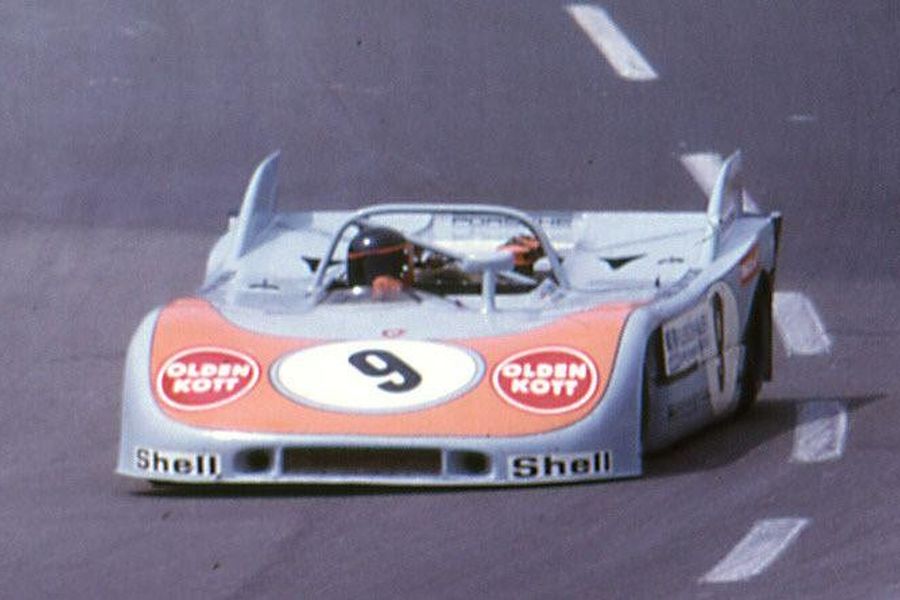 Privateers continued to run with 908

For the 1972 season, the 5000cc Group 5 Sports Car category, with Porsche 917 and Ferrari 512 as the most known representatives, was discontinued. The Group 5 was converted into a new class with engines up to 3000cc, so the 908 entered in that class. Following that rule changes, Porsche decided to sold the 908/03 cars to the customer teams. They had to fit the cars with extra weight, as rules required a minimum of 650 kg.

One of those private teams, run by Reinhold Joest, achieved a notable result at 1972 Le Mans 24h. Reinhold Joest, Michel Weber and Mario Casoni finished third overall in three-year-old Porsche 908LH Coupe. In the following years, privateers continued to participate in sports car races, including 24h Le Mans, with different versions of the 908 but without notable results. 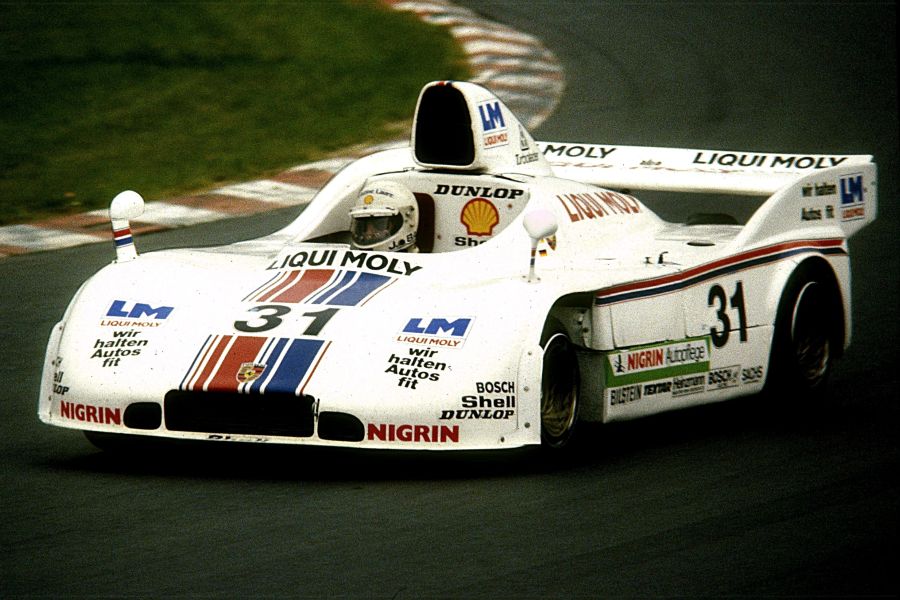 Martini Racing Porsche dominated in the 1976 championship, including Le Mans, while the privateers were still using old 908s. One of those 908/03 Turbo cars finished sixth at 1976 Le Mans race, used by Joest Racing.

The season 1980 was the last significant year for Porsche 908. In that time, Porsche was running 935s in the World Championship. At 1980 Le Mans, Reinhold Joest and Jacky Icky finished second in the #9 Equipe Liqui Moly Porsche 908/80, powered by 2.1-litre turbo engine. It was later discovered that the car was in fact built on a Porsche 936 replacement chassis (936-004). As Porsche didn’t want to sell 936s to customers, the secret was kept by using a 908 chassis number plate.

Earlier that season, the #31 Liqui Moly Joest Racing’s Porsche 908/03 Turbo scored the last Nürburgring victory for the 908, with Rolf Stommelen and Jurgen Barth as drivers. It was the fifth win for the Porsche 908 at 1000 km of Nürburgring.