Subaru Legacy RS is a rally car that was in use during the first years of the world’s famous Subaru World Rally Team, from 1990 to 1993, when Subaru Impreza 555 debuted. In that period, the car scored one victory and five WRC podiums, but also won three consecutive British Rally Championship titles driven by Colin McRae and Richard Burns.

Legacy RS was the first Subaru project for Prodrive 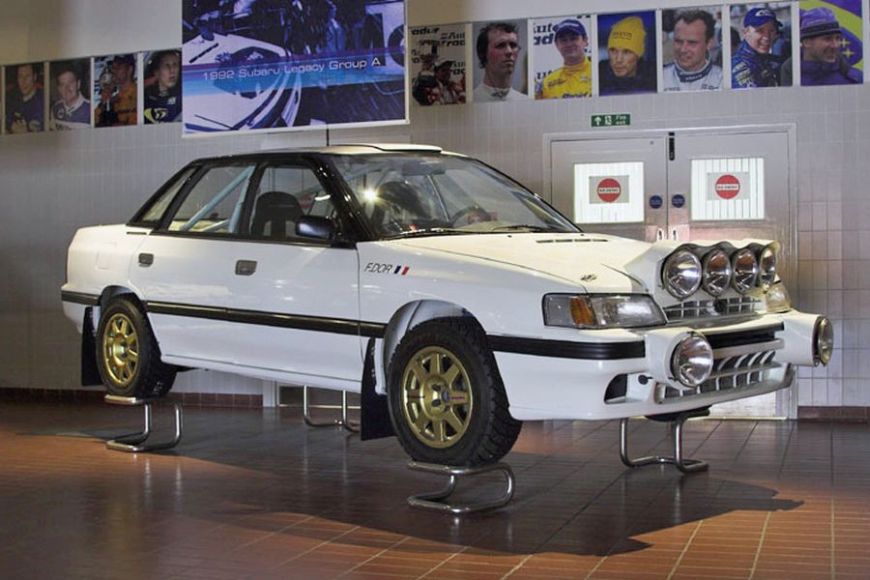 Subaru Legacy RS in a museum

The first project was to develop a rally version of recently introduced Subaru Legacy, which came to the market at the beginning of 1989. Legacy was significantly bigger than Leone and came with some entirely new features, such was a flat-4 boxer engine.

Subaru Legacy RS was developed during 1989 and homologated in January 1990 according to Group A regulations. The 2.0-liter turbo engine was producing about 290 hp and 392 Nm of torque. All that power and torque were transferred to all four wheels through the  5-speed X-Trac manual gearbox. It featured viscous coupling center differential and limited slip front/rear differentials. 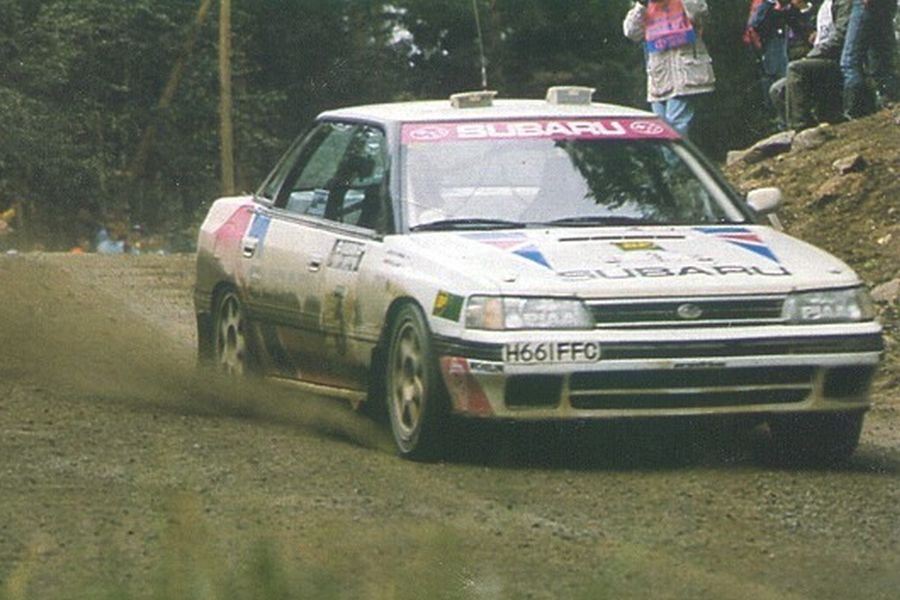 Legacy RS debuted in the World Rally Championship at 1990 Safari Rally, the third round of the season. Six cars participated at Kenyan event, with Markku Alen as leading driver of STI team in the #1 Legacy RS. Other Legacy drivers were Mike Kirkland, Possum Bourne, Ian Duncan, Jim Heather-Hayes and Patrick Njiru.

Later in the season, Markku Alen participated in four more WRC events with Legacy, scoring his best result at 1000 Lakes Rally, where he finished fourth. It’s interesting that the second driver at the last round, at Lombard RAC Rally, was former F1 driver Derek Warwick. 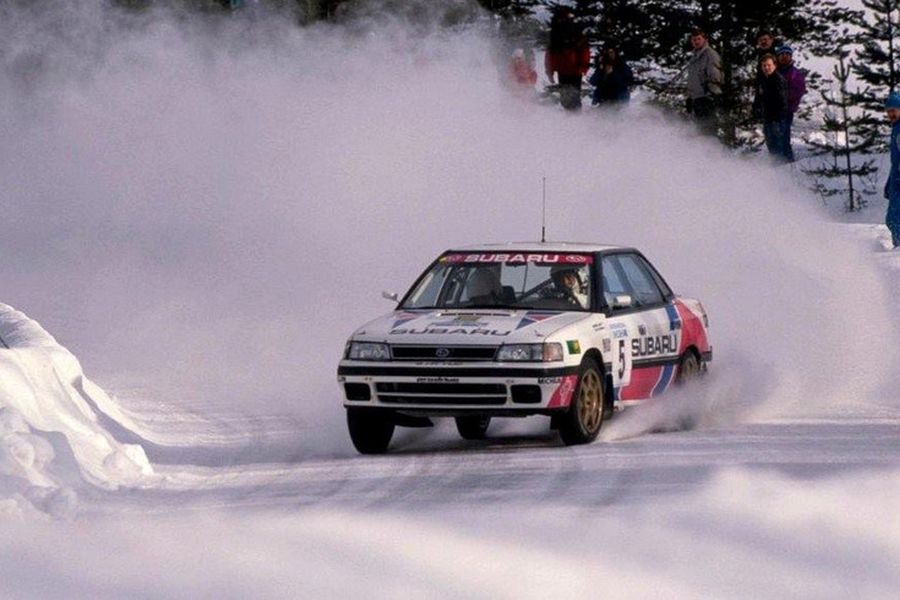 The maiden podium for Subaru Legacy RS came at 1991 Swedish Rally, where Markku Alen finished in the third place, behind Mitsubishi’s Kenneth Eriksson and Toyota’s Mats Jonsson. It remained only Subaru’s podium in 1991. Later in the season, Alen participated in six more WRC events, retiring three times and scoring points three times, to finish 8th in the final WRC standings. 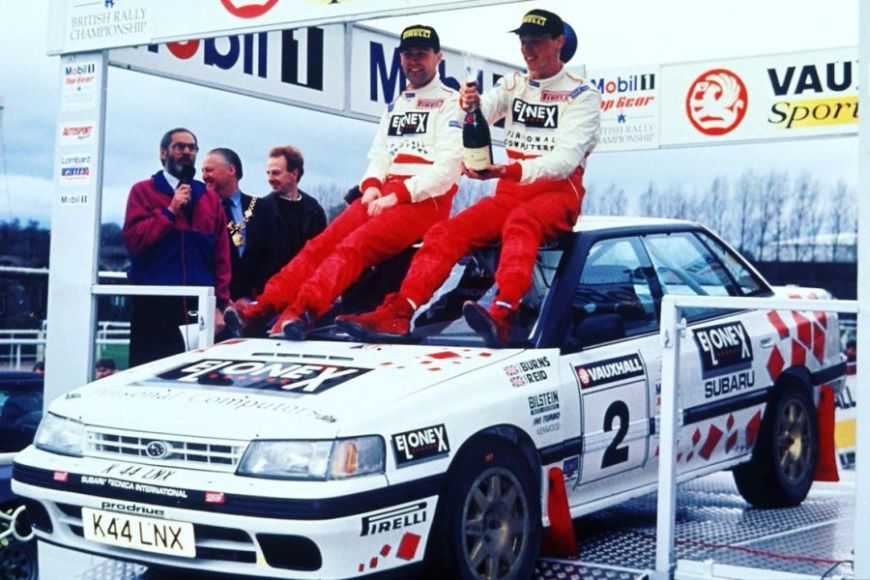 The third consecutive BRC title followed in 1993 when Richard Burns and his navigator Robert Reid were the champions. They won four BRC events. 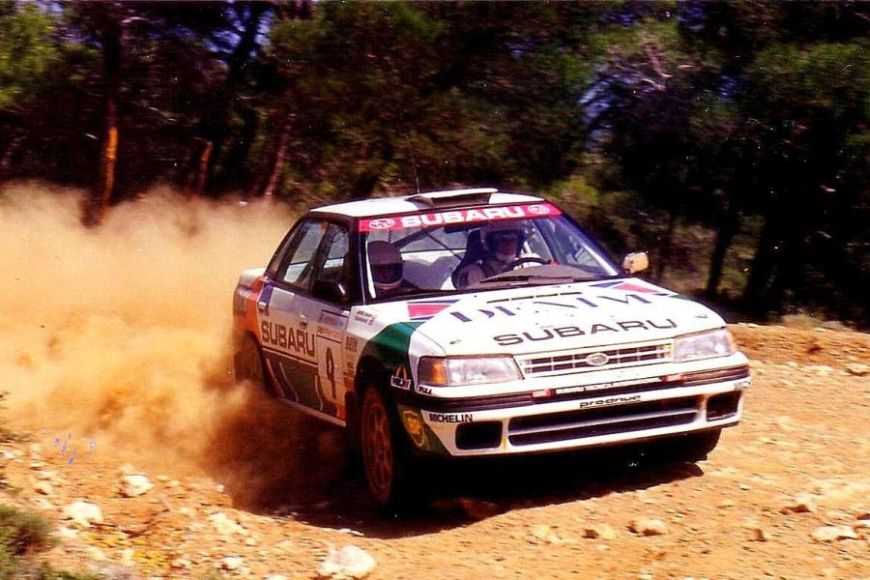 In the 1992 World Rally Championship, Subaru Rally Team participated in only seven of fourteen events, with Ari Vatanen and Colin McRae becoming full-time drivers. Other Legacy drivers during a season were Per Eklund, Patrick Njiru, Possum Bourne and Rob Herridge.

At the end of the year, McRae was 8th in the points, Vatanen was 11th. Subaru progressed to fourth place in the manufacturers’ championship. 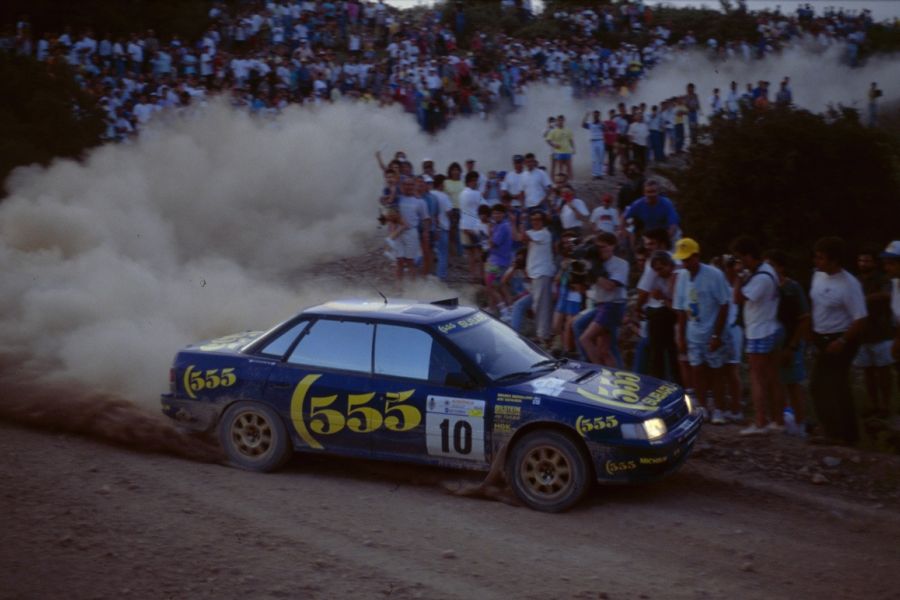 The season 1993 was the last WRC year for Subaru Legacy, as Impreza 555 came in the last round of the championship. Because of good performances in 1992, the team increased its WRC commitment to an almost entire championship, skipping only two events. 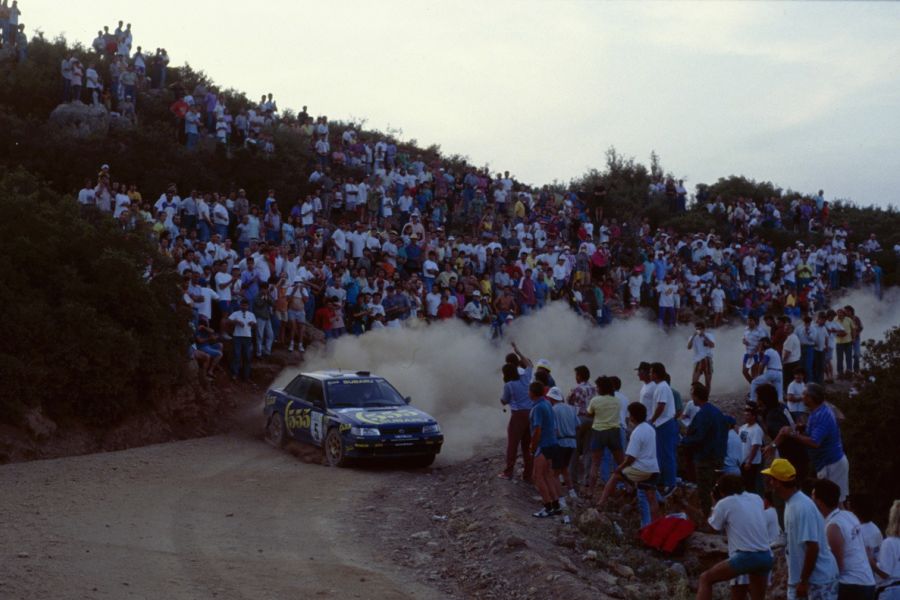 Maiden WRC win both for Legacy RS and McRae

The all-new Impreza 555 was almost ready to enter a competition when Legacy RS finally scored its first and only WRC victory. It was in August at Rally New Zealand, where Colin McRae managed to hold back Ford’s Francois Delecour. It wasn’t only first WRC win for the outgoing car but also the first ever WRC win for the future world champion and one of the most popular rally drivers ever.

Legacy RS ended its competitive career with one WRC victory and five podiums, setting a foundation for one of the most extraordinary stories in a history of WRC. Impreza 555 debuted at 1993 Rally Finland with a podium for Vatanen, successfully continuing a story about Subaru World Rally Team.