The Suzuka 1000 Km race, also known as the Summer Endurance Race and currently scheduled as the Suzuka 10 Hours, is the oldest endurance race in Japan which took place for the first time at Suzuka Circuit in 1966.

Over the years, the race had a status of the non-championship event or the part of different championships, most recently the Super GT Series from 2006 to 2017. In 2018, the race has been converted into the Suzuka 10 Hours event as a part of the Intercontinental GT Challenge. 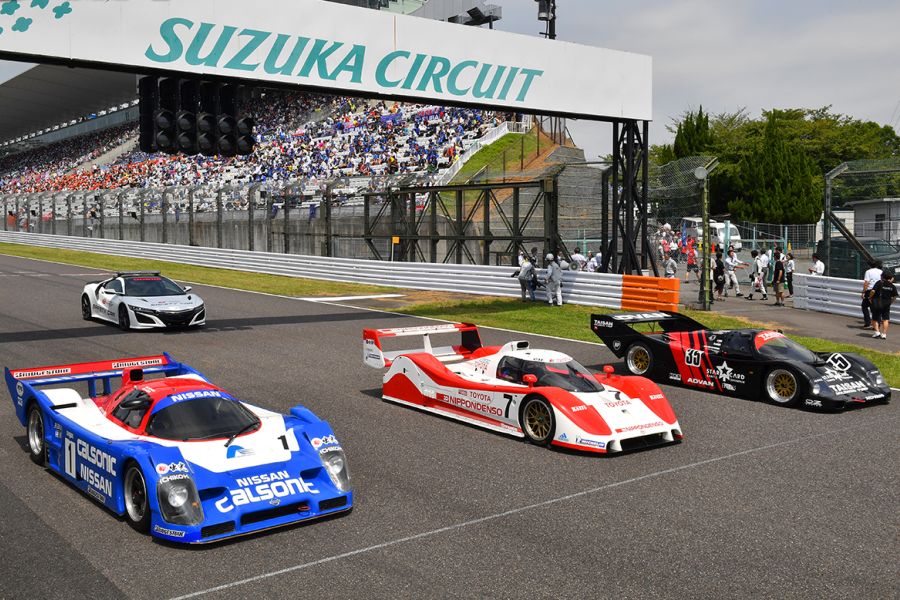 The inaugural Suzuka 1000 Km race took place in June 1966, four years after the opening of the Suzuka Circuit in 1962. The race was a non-championship event for GT cars, the victory went to Sachio Fukuzawa and Tomohiko Tsutsumi in a Toyota 2000 GT.

In 1967, the race took place in October, opened for prototypes, sports car and touring cars. Shintaro Taki and Kenjiro Tanaka won a race in a Porsche 906. The race had its continuity as the annual non-championship endurance event until 1973. The victorious cars were Toyota 7, Porsche 906, Nissan S30, Porsche 910 or Toyota Celica.

Kunimitsu Takahashi is a record-holder with four wins

The 1973 race was marked by the first victory of Kunimitsu Takahashi, who later became the record-holder with four overall victories. In 1973, he was sharing the victorious Nissan Fairlady 240ZR with Kenji Tohira.

Takahashi scored the next two wins in 1984 and 1985, driving Porsche 956 or Porsche 962C for Advan Sport Team Nova. In both races, his partner was Kenji Takahashi. Geoff Lees was the third co-driver in 1984. Takahashi’s fourth victory came in 1989, together with Stanley Dickens in a Porsche 962C. 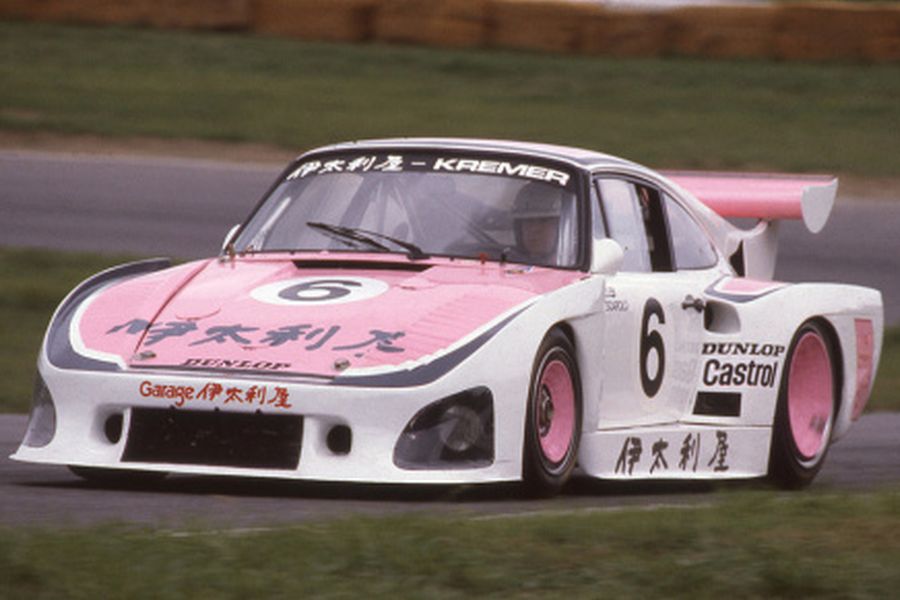 Wollek and Pescarolo were the first non-Japanese winners

The 1000-km race at Suzuka was discontinued from 1974 to 1979. In 1980, the race returned with two Japanese drivers winning in a March-Mazda and then in 1981, Bob Wollek and Henri Pescarolo became the first non-Japanese winners. They won a race in a Porsche 935 K3 of Kremer Racing.

The 1982 edition of the race was the last as the non-championship event, with Fumiyasu Sato and Naoki Nagasaka winning in a BMW M1.

In 1983, the All-Japan Sports Prototype Championship (JSPC) had been established and Suzuka 1000 became the part of it. The eventual inaugural champion Vern Schuppan won a race in a Porsche 956, sharing a car with Naohiro Fujita.

The race was the JSPC round until 1991. In that period, Porsche was the most successful brand, with five more wins. The other victorious cars were Toyota 87C, Toyota 91C-V and Nissan R90CP. 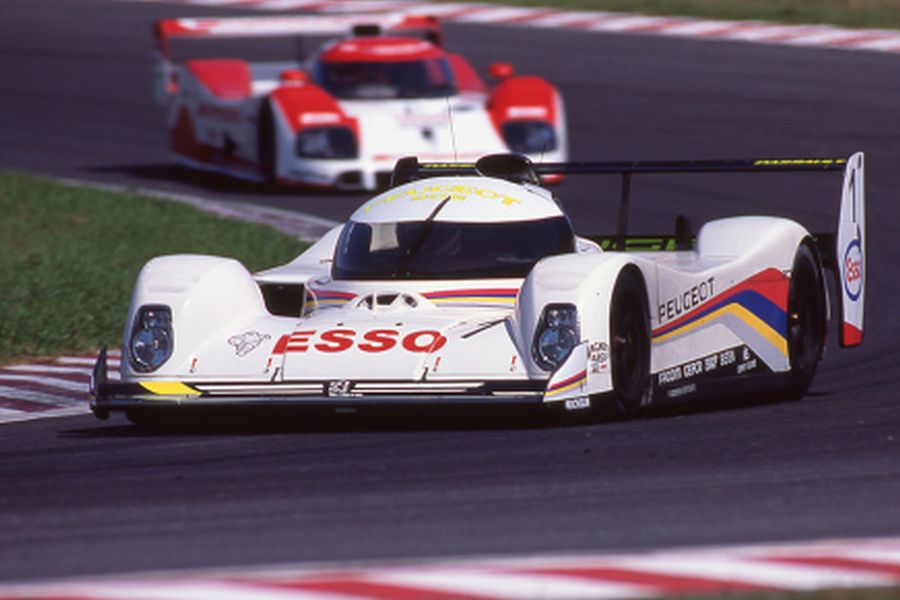 Part of the 1992 World Sportscar Championship

The 1992 edition of the race was the only one to be a part of the World Sportscar Championship. Derek Warwick and Yannick Dalmas won a race in a Peugeot 905 Evo 1B. As it was the last WSC season, the race became a part of the premier Japanese championship again in 1993, renamed to the Japanese GT Championship.

From 1999, the race was a non-championship event again, hosting cars from the Japanese GT Championship. In that period, only two GT500-spec cars were capable to win races – Honda NSX (four times) or Toyota Supra (three times).

Ryo Michigami was the most successful driver in that period, winning the race three times. Some other multiple winners were Sebastien Philippe, Shigekazu Wakisaka or Juichi Wakisaka. 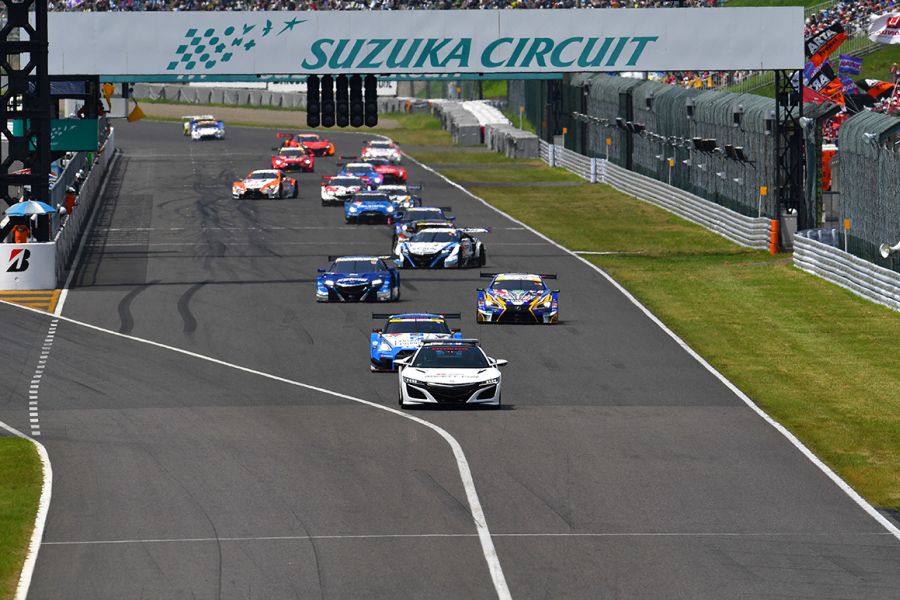 In 2006, the Suzuka 1000 became an integral part of the Super GT Series, with Benoit Treluyer, Kazuki Hoshino and Jeremie Dufour taking the maximum points in a Nissan Fairlady Z.

In 2009, the race was shortened for the first time. Due to increasing costs and CO2 emissions regulations, as well as the economic crisis, the race was 700 kilometers long. In 2010, the 700 km distance was retained. In 2011, the race was even shorter (500 km), as a result of the 2011 Tohoku earthquake and tsunami and Super GT energy conservation regulations. From 2012, the race returned to 1000 km distance.

The most successful manufacturer in the Super GT Series period was Lexus with five wins, followed by Honda (four wins) and Nissan (three wins). The winners of the last Suzuka 1000 were Bertrand Baguette and Kosuke Matsuura in Nakajima Racing’s Honda NSX-GT. 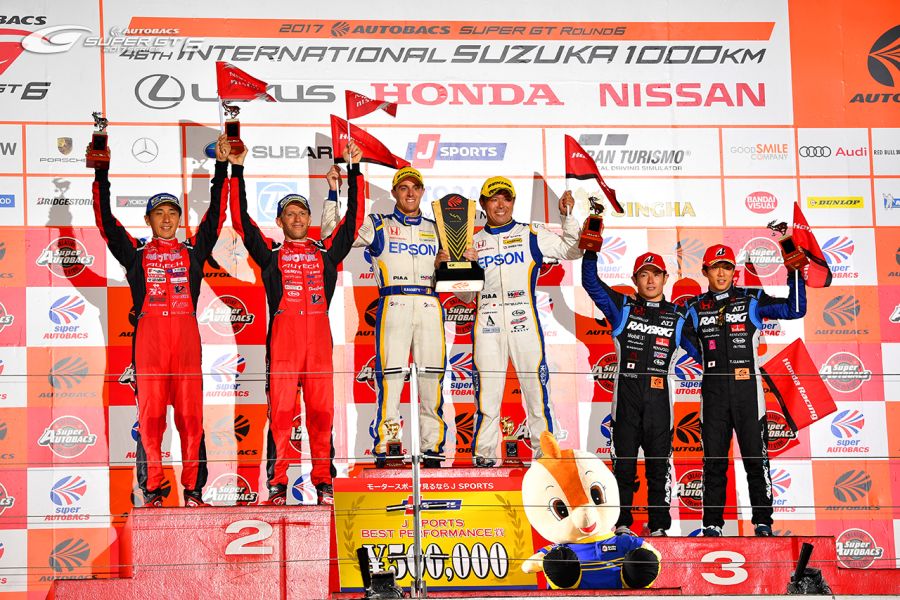 A big change has been set for 2018 because the race was converted into the Suzuka 10 Hours, what was almost a double distance compared to 1000 km race which lasted about six hours. In the Super GT Series, the Fuji 500 Miles replaced Suzuka 1000 as the longest race.

The Suzuka 10 Hours is a part of the Intercontinental GT Challenge, together with some other endurance classics (Bathurst 12 Hour, Spa 24 Hours) or new races (California 8 Hours).

Suzuka is hosting a new endurance event since 2018