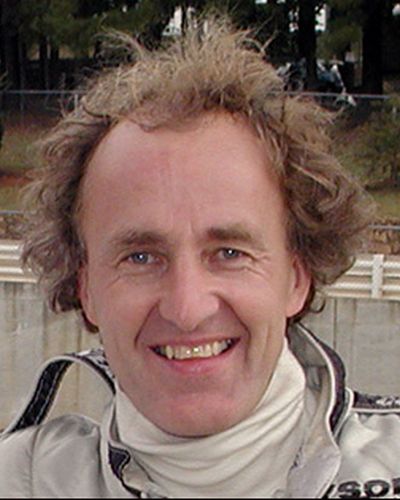 James Weaver is a British former racing driver who was active for almost thirty years in different motorsport disciplines, mostly in the sports car racing. The most of his career he spent driving for American team Dyson Racing, winning three championship titles in the US Road Racing Championship (1998) and Rolex Sports Car Series (2000 and 2001). He was also a champion in the 1996 Global GT Championship in a McLaren F1 GTR.

In greatest endurance races, he was an overall winner at 1997 Daytona 24 Hours while at Le Mans 24h and Sebring 12h his best result was the second place. Weaver retired from racing at the end of 2006, after finishing as a vice-champion in the American Le Mans Series. 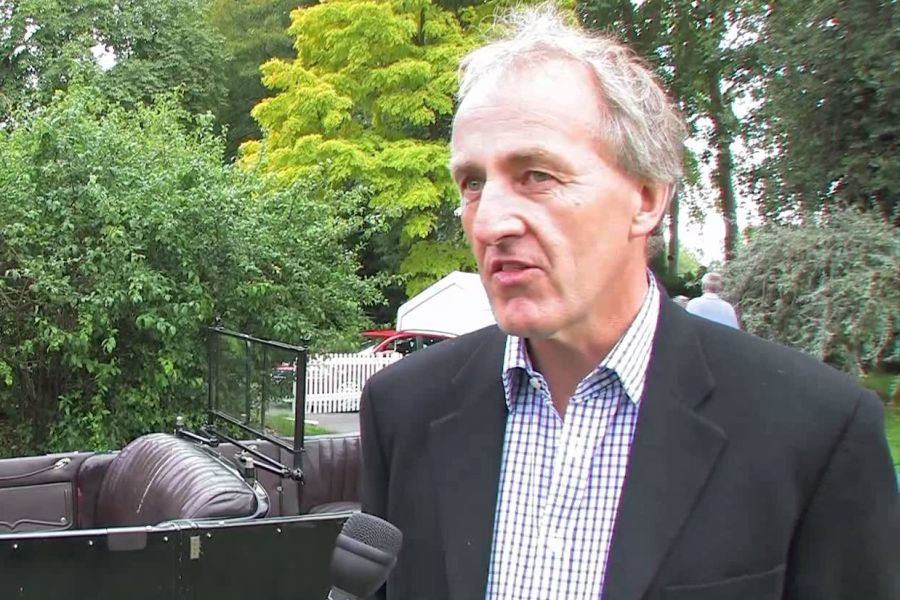 James Weaver was active in racing until 2006

Starting a career in Formula Ford and Formula 3

Born in London, in March 1955, James Weaver started his racing career in the late 1970s, participating in Formula Ford races. In 1980, he stepped into Formula 3 and had his first full season in the British Formula 3 Championship in 1981. He won one race to finish seventh in the points.

In 1982, Weaver joined Eddie Jordan Racing and expanded his driving duties to some European F3 events, winning three of four races. In the British F3 championship he finished fifth in the points.

In 1983, Weaver made few starts in the European F3 Championship but he switched his interest to sports car racing, including a debut at 24 Hours of Le Mans. He was driving factory-entered #61 Mazda 717C at Circuit de la Sarthe, sharing a car with Jeff Allam and Steve Soper. They finished 18th overall and second in C Junior class.

During the season, Weaver was driving a Chevron B36 for Scorpion Racing in the Thundersports series, scoring one victory at Thruxton together with Eddie Arundel. Weaver also made a debut in the European Touring Car Championship, joining Jonathan Palmer in a BMW 635 CSi at Tourist Trophy and finishing in the second place. 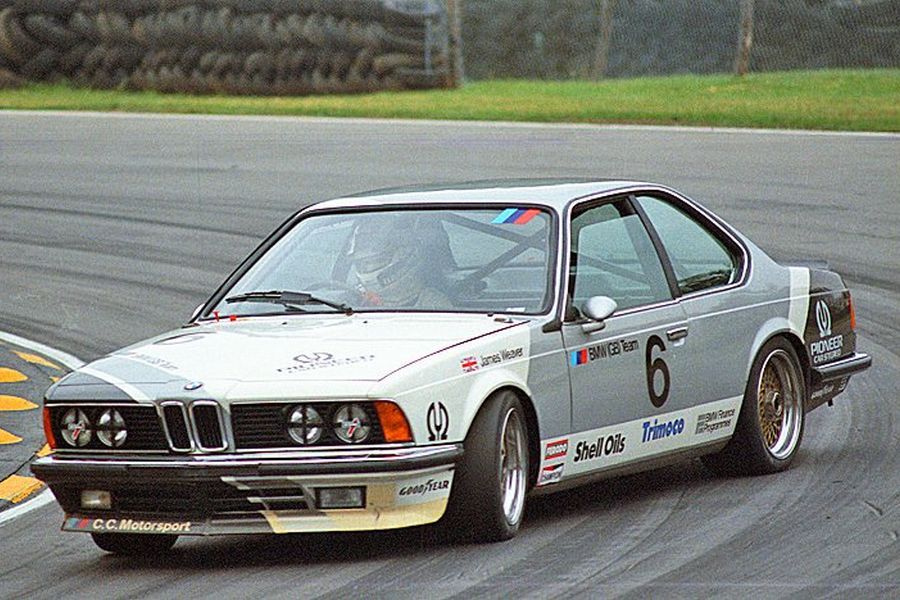 In 1984, Weaver spent his first full season in the British Saloon Car Championship, driving the #6 BMW 635 CSi. He competed in A class and scored one overall victory, at Oulton Park, finishing the season 13th in the points. He was driving the same car in three rounds of the European Touring Car Championship, finishing second at Donington, third at Spa 24 Hours and fourth at Tourist Trophy.

In 1985, the highlight of the season was Weaver's overall podium at 24 Hours of Le Mans. He was sharing Richard Lloyd Racing's #14 Porsche 956 with Jonathan Palmer and Richard Lloyd. They finished second, three laps behind Joest Racing's Porsche 956.

For the rest of the season, Weaver was driving RLR Porsche in the World Endurance Championship and Tom's 85C-Toyota for Team Ikuzawa in the Japanese Sports-Prototype Championship.

At Le Mans 24h, he was a part of Nissan Motorsport crew in the #32 Nissan R85V, finishing in the 16th place. He also joined Dieter Quester at Tourist Trophy, finishing second in a BMW 635 CSi.

Weaver had a similar schedule in 1987, racing with many different teams and cars, but the most important was that he joined Dyson Racing in the IMSA GTP Championship. That move was significant because he stayed with the team for almost twenty years.

After finishing 6th both at Daytona 24h and Sebring 12h with Bob Akin's Porsche, Weaver joined Dyson Racing at Road Atlanta 500 Kilometers and won the first race with the team, sharing a Porsche 962 with Price Cobb. 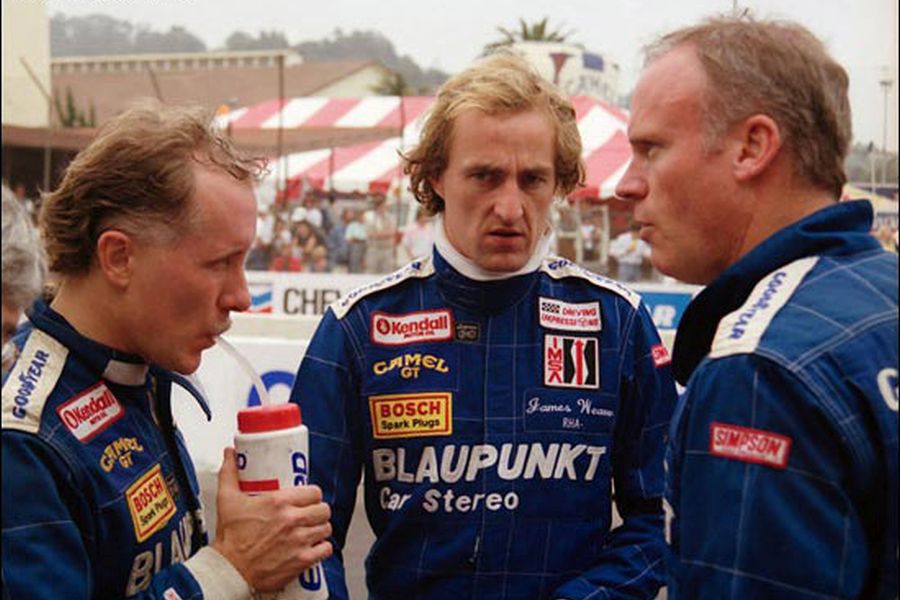 While competing with Dyson Racing in the 1988 IMSA GTP Championship, Weaver returned to British Touring Car Championship, driving a BMW M3 for Prodrive in a couple of races and scoring class victory at Donington Park.

In 1989, Weaver entered BTCC as a full-time driver of #32 BMW M3, competing in Class B. He scored twelve class victories and dominantly won the class title, finishing second in the overall standings behind John Cleland. It was Weaver's last season in BTCC, he recorded only a brief three-round return in 1992 with Nissan.

After joining Dyson Racing in 1987, Weaver's main job was to drive the team's cars in the IMSA GTP Championship but, in 1989, he also recorded three starts in the CART PPG Indy Car World Series with the #15 Lola-Cosworth. His best result was the eleventh place at Long Beach.

In the IMSA GTP Championship, Weaver scored his first podium at Sebring 12 Hours in 1988, finishing third together with Price Cobb in a Porsche 962. Weaver was a member fo Sauber Mercedes squad at the 1988 Le Mans 24 Hours but the team withdrew from the race due to tyre issues.

In 1989, Weaver was on a podium again at Sebring, sharing the #86 Bayside Racing Porsche 962 with Dominic Dobson. At 1989 Le Mans, he retired in Richard Lloyd Racing's Porsche 962C which he was sharing with Derek Bell and Tiff Needell.

During the early 1990s, Weaver mostly raced with Dyson Racing and other teams in sports car races, but he also made a short trip to Firestone Indy Lights Championship in 1993, recording six starts. In 1994, he scored his best result at Sebring 12 Hours, finishing second overall in the #9 Auto Toy Store Spice SE89P-Chevrolet, sharing a car with Derek Bell and Andy Wallace.

After few years without significant results in general classification, although he won many races, Weaver was near the top in 1995, finishing as a runner-up in the IMSA World Sports Car Championship. That year, he was driving the #16 Riley & Scott MkIII-Ford for Dyson Racing, scoring five wins during the season.

First place in the 1996 Global GT Championship with McLaren

In 1996, parallel to his commitments with Dyson Racing in the US, Weaver joined Gulf Racing/GTC Motorsport in the Global GT Championship to drive the #2 McLaren F1 GTR. He and Ray Bellm won four race and became champions.

They were also partners at 24 Hours of Le Mans, joined by JJ Lehto, finishing 9th overall and 7th in GT1 class.

In 1996, James Weaver and Ray Bellm were champions in a McLaren F1 GTR

In 1997, Weaver started a season with a victory at Daytona 24 Hours. It was a famous race in which seven Dyson Racing's drivers celebrated a victory after one car stopped and they all competed in another car. The victorious car was the #20 Riley & Scott MkIII-Ford. Victorious drivers were James Weaver, Andy Wallace, Butch Leitzinger, John Paul Jr., Rob Dyson, John Schneider and Elliott Forbes-Robinson.

Later in the season, Weaver added three more wins and second place at Sebring 12 Hours to finish third in the points.

Outside IMSA Championship, he joined David Price Racing to drive a Panoz GTR-1 in the FIA GT Championship and at Le Mans (DNF).

US Road Racing champion in 1998

In 1998, Weaver became a champion in the inaugural season of revived United States Road Racing Championship run by the Sports Car Club of America (SCCA).  Driving the #16 Riley & Scott MkIII-Ford, he won two of five races.

In the IMSA Championship, he finished fourth. At 1998 Le Mans 24 Hours, Weaver was a member of Porsche factory team in the #8 Porsche LMP1/98, not finishing the race.

Butch Leitzinger and James Weaver in 2001

In 1999, Weaver raced in all North American sports car competitions with Dyson Racing but also at Le Mans with Audi Sport UK, driving an Audi R8C together with Andy Wallace and Perry McCarthy, not finishing the race.

The next big success came in 2000 when Weaver became the Grand American Rolex Sports Car Series champion. He was a race winner five times in Dyson Racing's Riley & Scott MkIII. In 2001, he defended a title, winning again five times in the same car.

james Weaver and Andy Wallace raced together for a long tima

Competing with Dyson Racing until retirement at the end of 2006

In 2002, he finished third in Rolex Series after four wins in a Riley & Scott MkIII. In 2004, he finished second in the LMP1 class of the American Le Mans Series, scoring one win and five podiums in an MG-Lola EX257. Weaver was an ALMS vice-champion again in 2006, driving the #16 Lola B06/10-AER that year. At the end of the season, the 51-year-old James Weaver retired from racing. 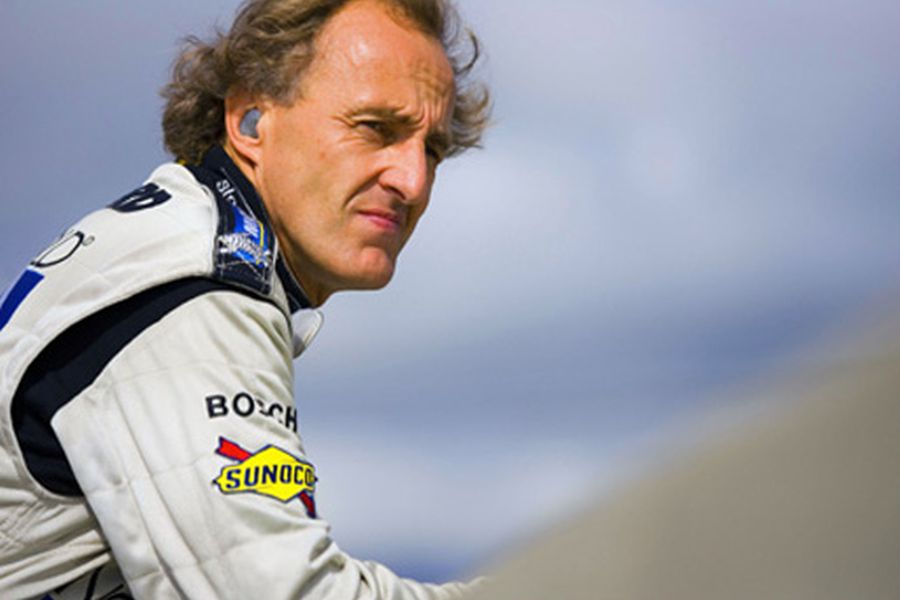 James Weaver retired from racing at the end of 2006