The period between 1982 and 1986 is considered as the most popular and most exciting period of rallying, partially thanks to the amazing drivers of that time, infamous accidents, but also the incredible machines and the legendary Group B rally cars. It certainly is the most story-telling period in the history of rallying, even thirty years after those cars were banned in the official competition. In that time, Audi was represented with a few different versions of Audi Quattro. According to all the stories, the biggest legend among the cars with four rings, the one and only Lord of the rings, is Audi Sport Quattro S1. 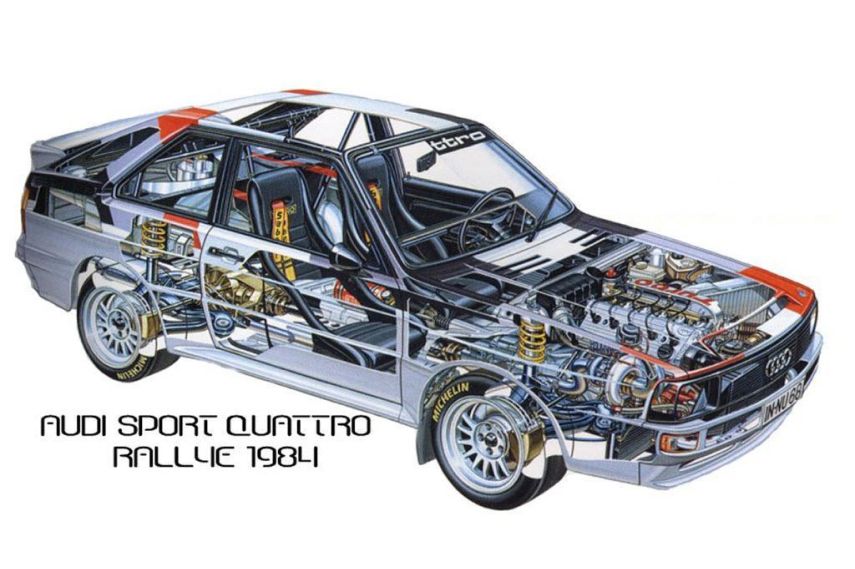 Shorter, lighter and more powerful than its predecessor

The Audi Sport Quattro S1 appeared at the world rally scene in the second part of the 1984 season. The car was a modified and shortened version of the previous Quattro models. The overall length of the car was 424 cm while the wheelbase was built shorter by 32 cm to 220 cm, which was a lot compared to Quattro A2.

Audi engineers wanted to make a car that is lighter and more balanced, so they also changed the positions of the batteries, oil coolers and radiators to the rear of the car. That resulted in the incredible 52:48 front/rear mass distribution ratio. The weight of the car was 1200 kg. Under the front bonnet, there was an all-aluminium 2,133cc 5-cylinder engine. In the competition conditions, it produced around 450 bhp. 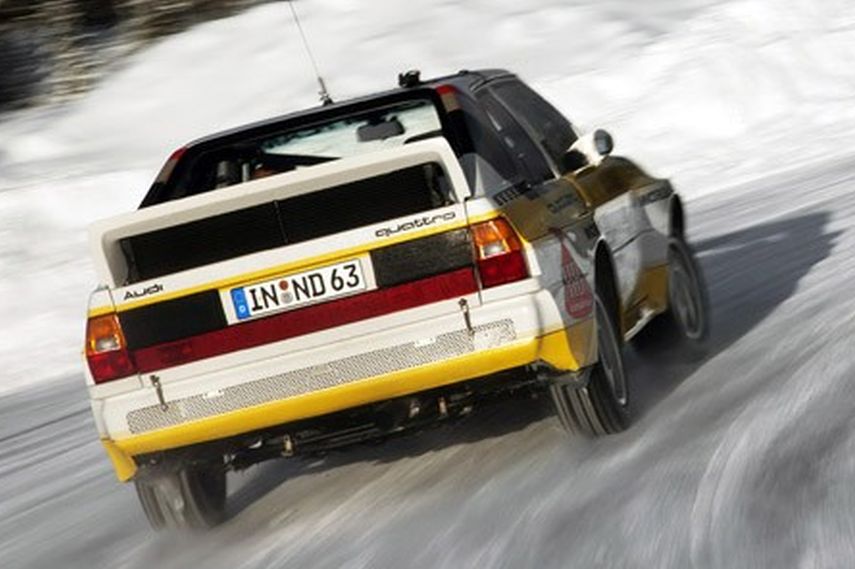 Audi concluded the most successful season with a new car

The Audi Sport Quattro was introduced in the second part of the 1984 season, and that was the most successful season for Audi, with Stig Blomqvist becoming the world champion and having the team also take the world title.

Blomqvist was racing with the Quattro A2 in nine races of the world rally championship and switched to the new car in the last two rounds of the championship, Sanremo and Ivory Coast. He retired at the Sanremo race due to engine failure, but he won the Rally Cote d’Ivoire and took the world title ahead of his teammate Hannu Mikkola. 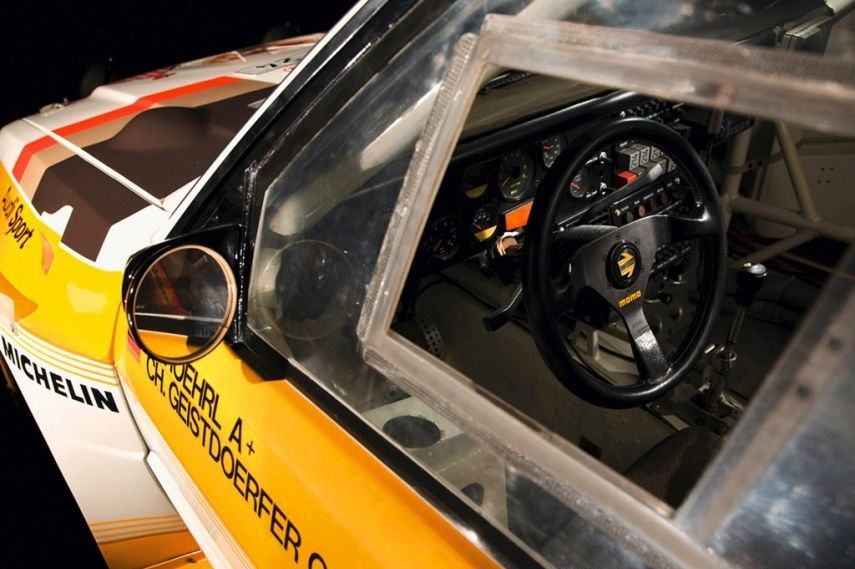 In fact, Blomqvist was the last of four Audi drivers who had switched the car. The first who competed with the new Audi Sport Quattro was Walter Röhrl at Tour de Corse in May 1984. He didn’t finish because the engine broke. At the next round of the championship, the Acropolis Rally, Blomqvist and Mikkola finished 1st and 2nd with old Quattro A2 cars while Röhrl and Michele Mouton failed to finish with their new Sport Quattro cars.

The car earned a maiden victory at Ulster Rally, which counted for the British championship, with Walter Röhrl as the driver. Hannu Mikkola scored the first victory at ADAC Rally Deutschland, which has been a part of the World Rally Championship since 2002 with a familiar home location: Germany. 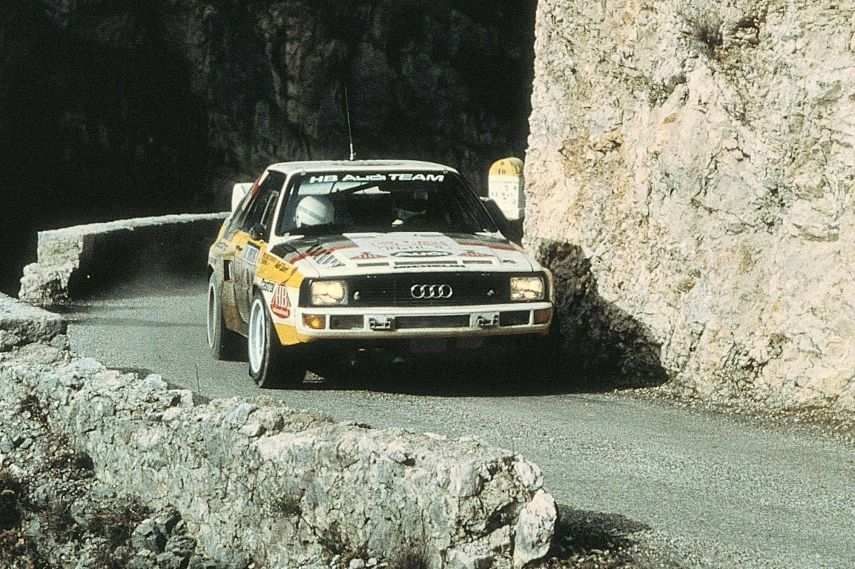 In the World championship events, the failures continued. At Finland’s 1000 Lakes Rally in August, Mikkola and Mouton competed with the new cars and again didn’t finish. At Rally Sanremo, both Blomqvist and Röhrl retired.

Finally, in November of 1984, Audi Sport Quattro S1 reached its first WRC victory. Stig Blomqvist won the Rally Cote d’Ivoire and earned decisive points for his first and only world title. He missed the last season’s round in Great Britain because he had enough points to celebrate the title before the end of the season. 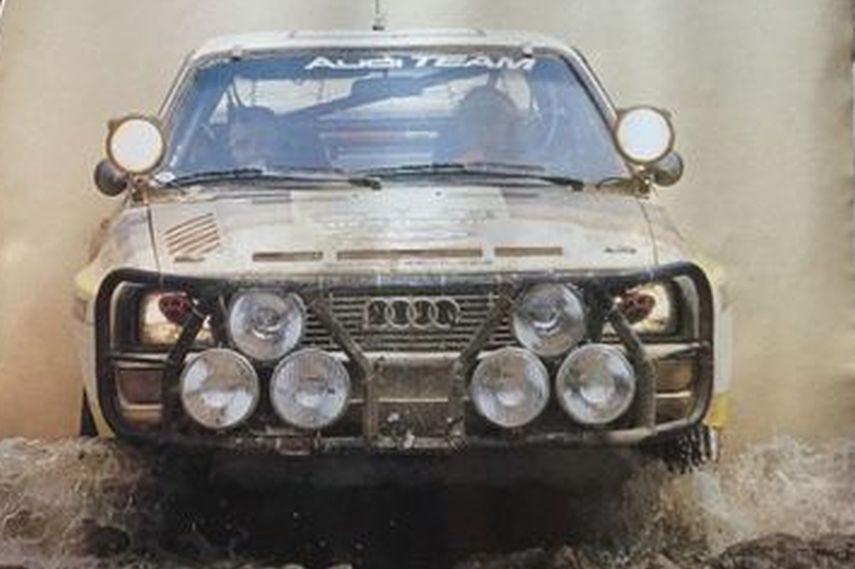 At the 1984 RAC Rally only Michele Mouton was driving the new Audi and she finally finished the race, gaining the fourth place. Hannu Mikkola was second in the old Audi Quattro A2, behind Ari Vatanen in Peugeot 205 T16. Vatanen was the winner in three of the last four events in 1984 and it was just an announcement for the 1985 season in which Peugeot dominated.

Peugeot took the manufacturer’s title in 1985, and Timo Salonen won the driver’s champion title. Audi scored only one victory, in the tenth round of the championship at Rally Sanremo. Walter Röhrl won the race with the new car – Audi Sport Quattro S1 E2, an upgraded version of the previous model. 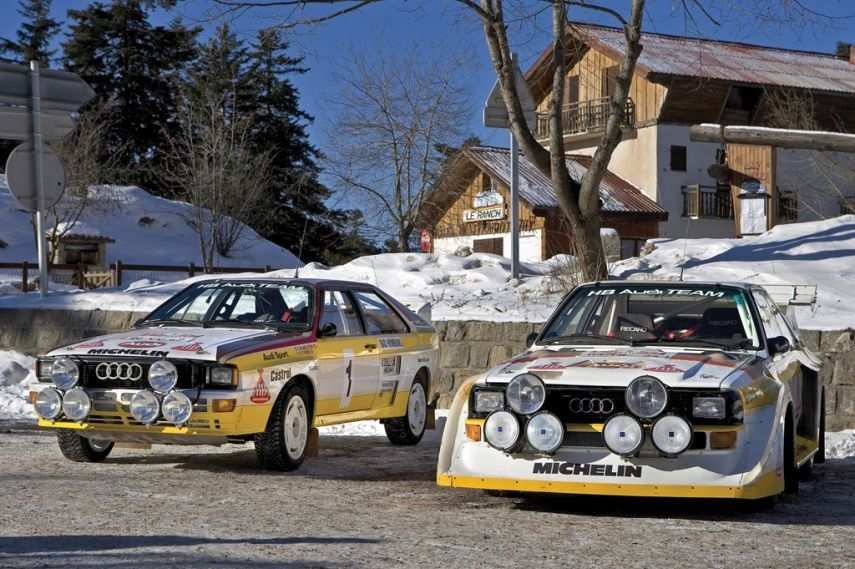 Audi Sport Quattro S1 E2 featured an inline 5-cylinder 2,110cc engine which officially produced 350 kW (476 hp), but that was later increased to more than 550 hp. In addition to the improved power output, an aggressive aerodynamic kit was added which featured very distinctive wings and spoilers to the front and rear of the car. The most known detail was the snowplough-like front spoiler.

The weight of the car was reduced to 1,090 kg, and some of the cars were supplied with a power-shift gearbox. The combination of a lighter car, more powerful engine and a better gearbox resulted in outstanding performances, such as acceleration from zero to 100 km/h in 3.1 seconds.

Unfortunately for Audi, the most powerful rally car ever wasn’t enough for victories and new titles, as they lost everything from fierce French rivals. The radical Audi Sport Quattro S1 E2, which was introduced late in the season, debuted at Rally Argentina in early August of 1985 with Blomqvist’s retirement due to engine failure.

The car earned the maiden WRC podium at 1000 Lakes Rally at the end of August of 1985. Stig Blomqvist finished second, behind Ari Vatanen in Peugeot 205 T16 E2. In the next championship round, at Rally Sanremo in October, Walter Röhrl scored the first victory with Audi’s Group B beast. 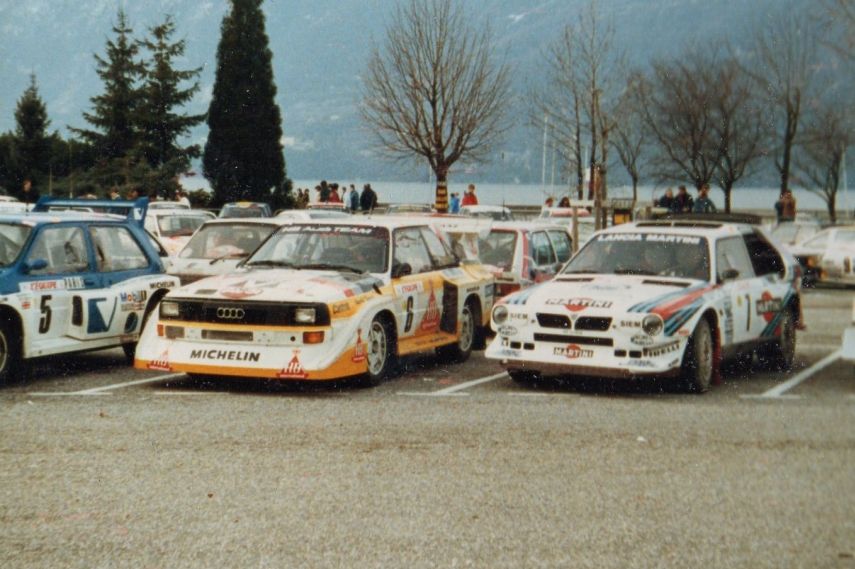 Audi’s withdrawal from the championship

The season of 1986 started with Henri Toivonen‘s victory at Rallye Monte-Carlo. Few months later, Toivonen was killed at Tour de Corse in a horrific accident with Lancia Delta S4. Between those two races, another accident happened at Rally Portugal when Joaquim Santos went off the road with his Group B Ford RS200 and killed three spectators. Those tragic events caused the ban of Group B cars for the next season, and Audi withdrew from the competition in the middle of season 1986.

Audi had the best and strongest rally car ever but no real opportunity to use it. Instead of the world rally championship, Audi Sport Quattro was used in rallycross and took three victories in the famous Pikes Peak International Hillclimb. Michele Mouton was fastest at the Race to the Clouds in 1985, Bobby Unser was the winner in 1986 and Walter Röhrl won in 1987. The car which Röhrl was using had about 600 hp. He was the first one to drive past the 11-minute barrier at the 20-km gravel track. 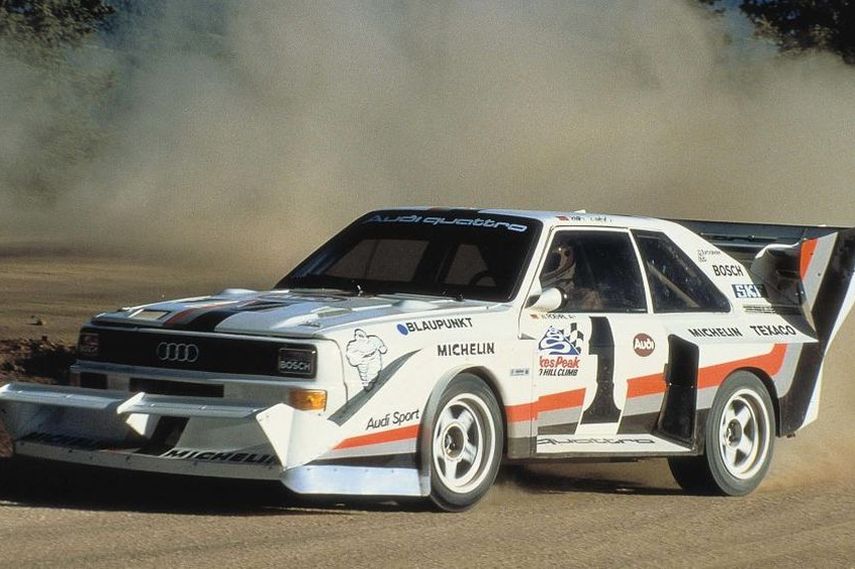 The popularity overgrew its results

It was the most notable triumph of the fantastic car which marked the rallying history as one of the strongest and most impressive cars that ever competed in the WRC. Unfortunately, the Audi Sport Quattro S1 never materialized its power and technical perfection because it had too strong rivals and had not enough time to prove itself.

Despite all that, its popularity is constantly growing even now, more than thirty years after its last victories in the world championship. Audi Sport Quattro scored only two WRC wins and its status and image overgrew those results, so we can conclude that in the eyes of real rally fans and in the stories about rally history, there is just one true Lord of the rings – Audi Sport Quattro S1.