In 1969, he and Tony Roberts won the Hardie-Ferodo 500 race, what is today the Bathurst 1000. Later in a career, Bond recorded six more podiums at Mount Panorama's endurance race. He also gained some success in GT racing, earning a nickname Mr. Versatile.

Combining hillclimbs, rallies and circuit racing early in a career

Born in February 1942, Colin John Bond started a racing career in the mid-1960s, competing in the hillclimb races in New South Wales. He even won three NSW hillclimb titles between 1965 and 1967, driving a Lynx-Peugeot.

In the late 1960s, Bond also participated in rally races, driving a Mitsubishi Colt. The main rally event at that time was a Southern Cross Rally in which he reached podiums two times, finishing third in 1968 and 1969.

Sensational victory at Mount Panorama in 1969

In 1969, the Holden Dealer Team had been formed and team manager Harry Firth recruited Bond to drive the #44 Holden HT Monaro GTS350 at Hardie-Ferodo 500 race at Mount Panorama. Bond's co-driver was Tony Roberts.

In 1970, Bond was driving HDT's Holden Monaro in the inaugural season of the Tasman Touring Series, finishing second in the points behind Ford's Allan Moffat. Bond was also second in the Australian Rally Championship, losing a title to Bob Watson (Renault R8 Gordini).

1971 – victories at Sandown and Phillip Island

In 1972, Bond was a winner of two minor touring car competitions, the Sun-7 Chesterfield Series at Amaroo Park and the Toby Lee Series at Oran Park Raceway. He finished sixth in South Pacific Touring Series and recorded two starts in the Australian Touring Car Championship (Bathurst and Warwick Farm).

In 1973, he participated in just one ATCC race, at Oran Park. He scored podiums in all endurance races, finishing third at Bathurst 1000 (with Leo Geoghegan), second at Sandown and second at Phillip Island. He defended a title in the Sun-7 Chesterfield Series, finished third in South Pacific Touring Series and second in the Australian Rally Championship.

In 1974, Bond was a champion for the third time in the Australian Rally Championship, together with his longstanding navigator George Shepheard. They competed in a Holden Torana GTR XU-1.

In other competitions, he took part in one ATCC round, finishing third at Amaroo Park. In endurance races, he won at Phillip Island and finished fourth at Bathurst 1000.

In 1975, Bond finally participated full-time in the Australian Touring Car Championship, taking the championship title in the #2 Holden LH Torana SL/R 5000. In seven rounds, he was a race winner three times (Symmons Plains, Adelaide, Lakeside). In the same year, he added one more South Pacific Touring Series title to his account. In the Australian Rally Championship, he finished fourth.

In endurance races, he finished seventh at Sandown and reached a podium at Bathurst 1000. He and Johnnie Walker were third behind two other Holdens. 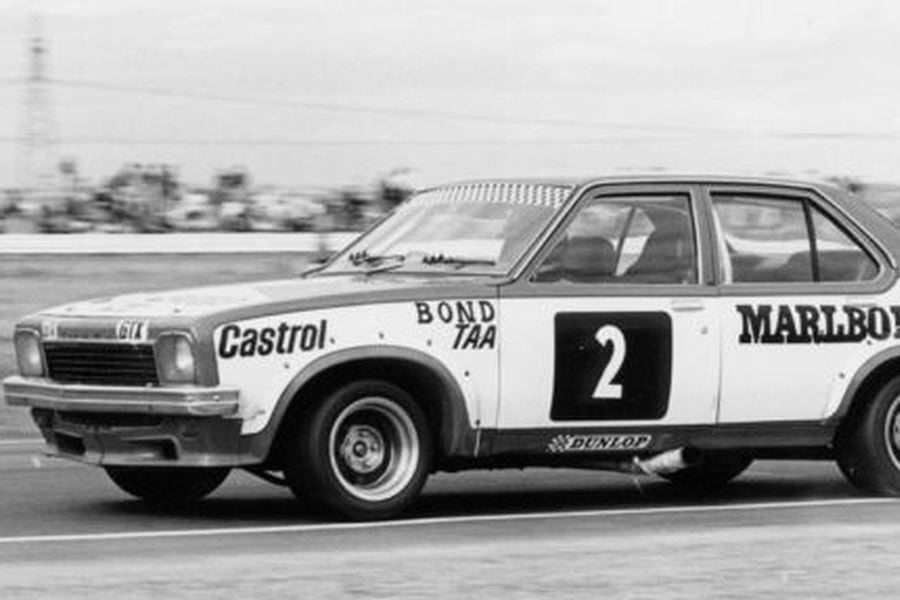 In 1976, Bond was driving the #1 Holden in an attempt to defend his ATCC title. He was a race winner three times, same as in the year before, but lost at a title to Ford's Allan Moffat because of three retirements caused by technical failures.

In his last attempt with HDT at Bathurst 1000, Bond finished second, sharing a car with John Harvey. There was a controversy about that race which claimed that Bond and Harvey were robbed of the victory due to lap counting error, but the team didn't appeal the results and a victory went to Bob Morris and John Fitzpatrick. 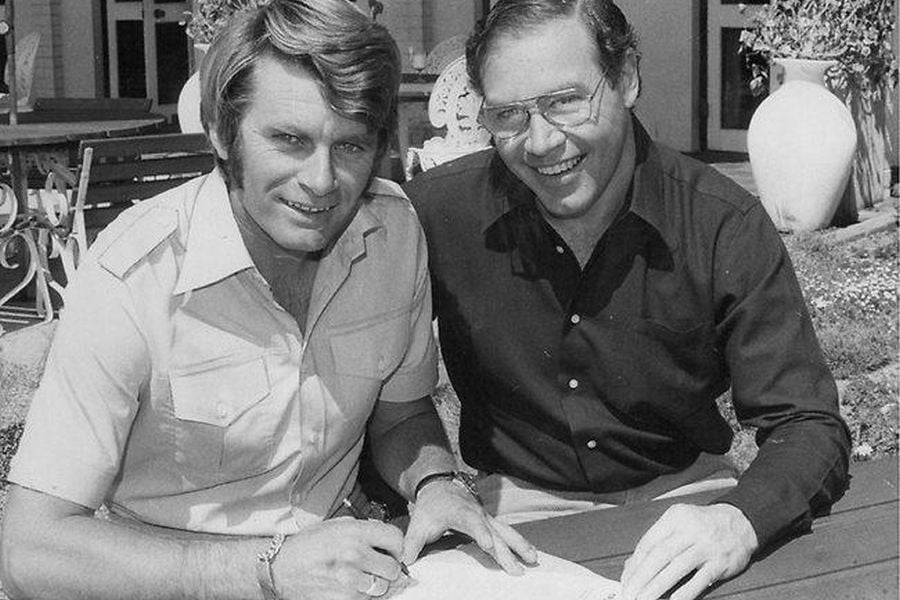 Colin Bond is signing a deal with Allan Moffat

After seven years with Holden Dealer Team, Bond shocked everybody when he left HDT and joined Allan Moffat's Ford Dealers Team in 1977. In his first ATCC season with Ford, driving the #2 Ford XB Falcon GT Hardtop, Bond finished second in the championship with one victory (Adelaide), behind his team chief Allan Moffat.

At Bathurst 1000, Bond was close to becoming the first driver to win a race both with Holden and Ford but the team orders prevented him to win. He and Alan Hamilton finished second, behind Allan Moffat and Jacky Ickx.

In 1978, Bond stayed with Moffat's team in the ATCC, winning again at Adelaide and finishing fifth in the championship points. At Bathurst 1000, he and Fred Gibson retired after 59 laps.

Combining rallying and open-wheel racing in 1979

In 1979, Bond left ATCC and Moffat's team, participating only in endurance touring car races with Thompson Ford, retiring both at Bathurst and Sandown. He was also driving for Thomson Motor Auctions in the Rothmans International Series, racing in a Brabham BT43-Chevrolet. He participated in two rounds, finishing sixth in the points.

Bond was also among the front-runners in the Australian Rally Championship. Since he left Holden, his rally car was a Ford Escort RS 1800 Mark II. He finished third in the championship in 1978 and 1979, progressing to the second place in 1980. It was his last season in rallying. 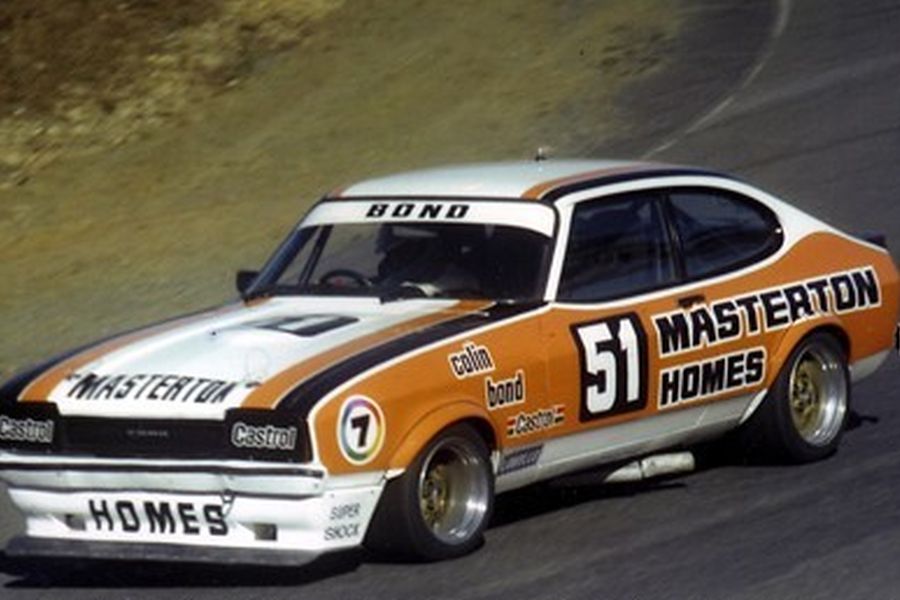 Third place in the 1981 ATCC season with Ford Capri

In touring car competitions, Bond made just one start in the Australian Touring Car Championship in 1980, driving a Ford Capri  MkII for Masterton Homes. He and Steve Masterton finished 13th at 1980 Bathurst 1000. 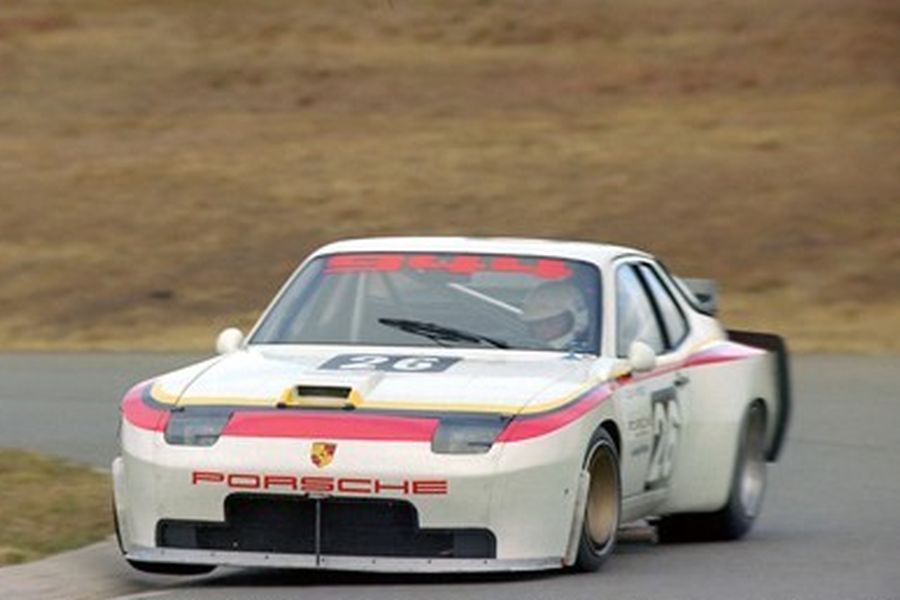 In 1982, Bond switched his focus to GT racing, joining Porsche Cars Australia in the Australian GT Championship. He was driving the #28 Porsche 944 Turbo, finishing third in the championship behind Alan Jones and Rusty French.

In touring car racing, he participated in just one ATCC race in a Ford Capri. At 1982 Bathurst 1000, he was driving Chevrolet Camaro Z28 for Nine Network Racing Team together with Kevin Bartlett, not finishing the race.

In 1983, Colin Bond was out of touring car championship in 1983 but he participated at Bathurst 1000 with Roadways Racing's Holden  VH Commodore SS, sharing a car with Allan Grice. They finished in the third place.

Five years later, Bond was on a podium again, sharing the #57 Caltex CXT Racing Ford Sierra RS500 with Alan Jones. They finished in the third place. 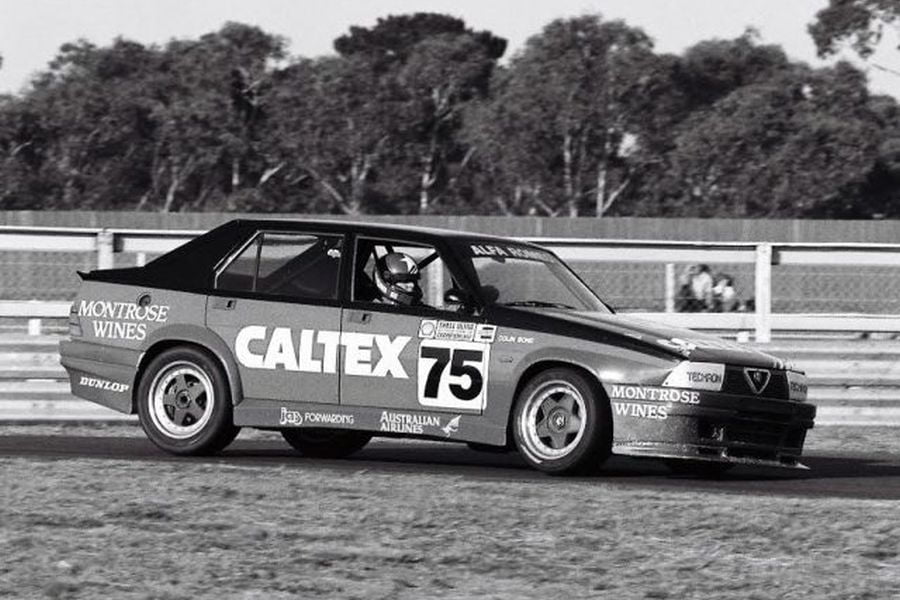 Founding his own team in 1984 and racing with Alfa Romeo

Between two Bathurst podiums in 1983 and 1988, Bond spent four seasons participating in different touring car competitions first with Alfa Romeo GTV6 and then with Alfa Romeo 75.  Bond was running Alfa Romeo cars for his own team Colin Bond Racing which he established in 1984.

His best result with Alfa Romeo at Bathurst was the eighth place overall and Class B victory in 1985. That year, Bond was sharing an Alfa Romeo GTV6 with Gregg Hansford.

One-off attempt in the World Endurance Championship with Porsche 962

Besides his commitments in touring car races, Bond recorded one participation in the World Endurance Championship, driving John Fitzpatrick Racing's Porsche 962 at Sandown 1000. The race was a final round of FIA WEC season and the first ever FIA world championship event in Australia.

Bond and Andrew Miedecke were sharing the #34 Porsche 962, staying out of trouble for an entire race and finishing in the sixth place.

After four years with Alfa Romeo, Caltex CXT/Colin Bond Racing switched to Ford Sierra RS500 in 1988. The team was using that car until 1992. A podium at 1988 Bathurst 1000 remained his best result at Mount Panorama's endurance race.

In touring car championships, Bond finished third in the points in the 1988 ATCC season. In the following years, his best ATCC final placing was the fourth place in 1990.

Bond's attempt with Corolla at 1993 Bathurst 1000 ended with a retirement. A year later, he recorded his last attempt at the greatest Australian race, sharing the #6 Winfield Racing Holden VP Commodore with Anders Olofsson. They finished in the sixth place. In the same year, he raced with Mazda RX-7 at Sandown, finishing 16th overall and second in Production class.

After retiring from racing in 1994, Bond stayed involved to motorsport as a driving standards observer for the V8 Supercars. In 2002, he was inducted into the V8 Supercars Hall of Fame. 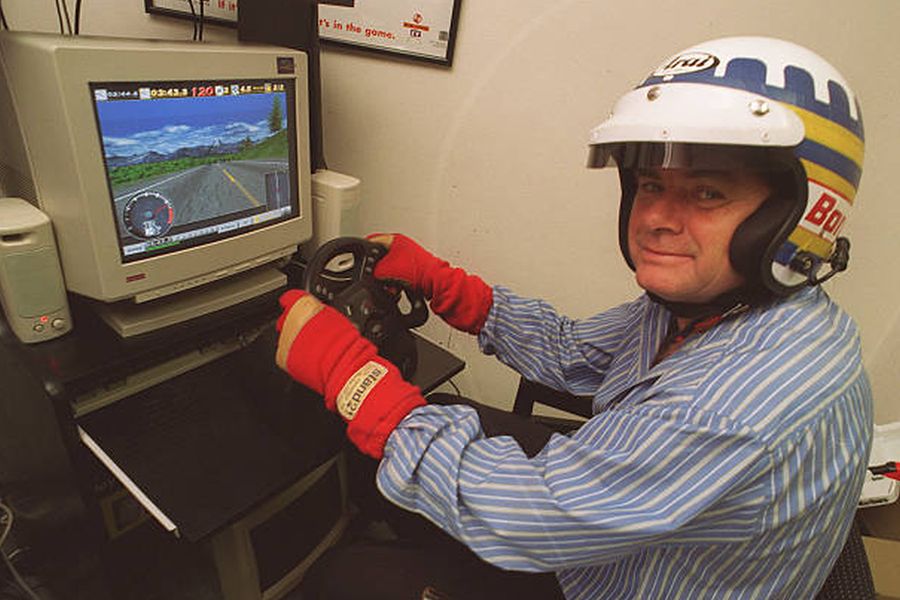 Colin Bond is trying out a new computer game in 1996