Ford Sierra RS500 Cosworth - Victorious All Over the World

Among numerous race victories all over the world, Sierra RS500 Cosworth was a victorious car in some of the world’s greatest and most famous races, such are Bathurst 1000, Spa 24 Hours or Guia Race of Macau. 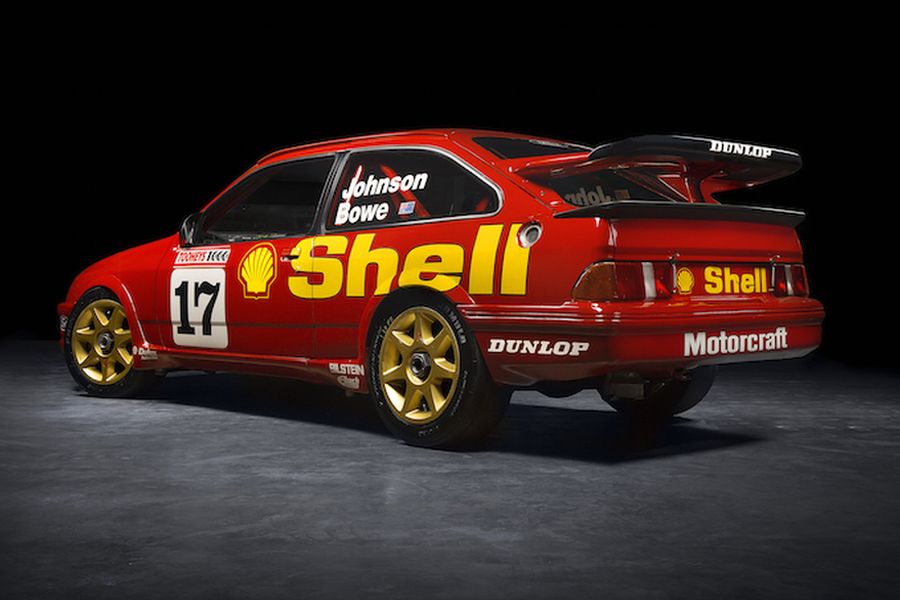 The Ford Sierra RS Cosworth was introduced at Geneva Motor Show in 1985 and it hit the race tracks in 1986. A year later, a development of the RS500 Cosworth started. The car was homologated in August 1987, in time to enter the second part of the season in various touring car competitions, including BTCC and WTCC.

The original three-door Sierra RS Cosworth had about 375 hp, transferred from the 2.0-litre turbo petrol engine to the rear wheels. The RS500 was using the same engine but a larger Garrett turbo charger increased a power to nearly 500 hp. The main cosmetic difference was the upper whale tail rear spoiler. The front bumper and spoiler were redesigned too for better engine cooling. Fog lamps were removed to add intake grilles for better brake cooling. 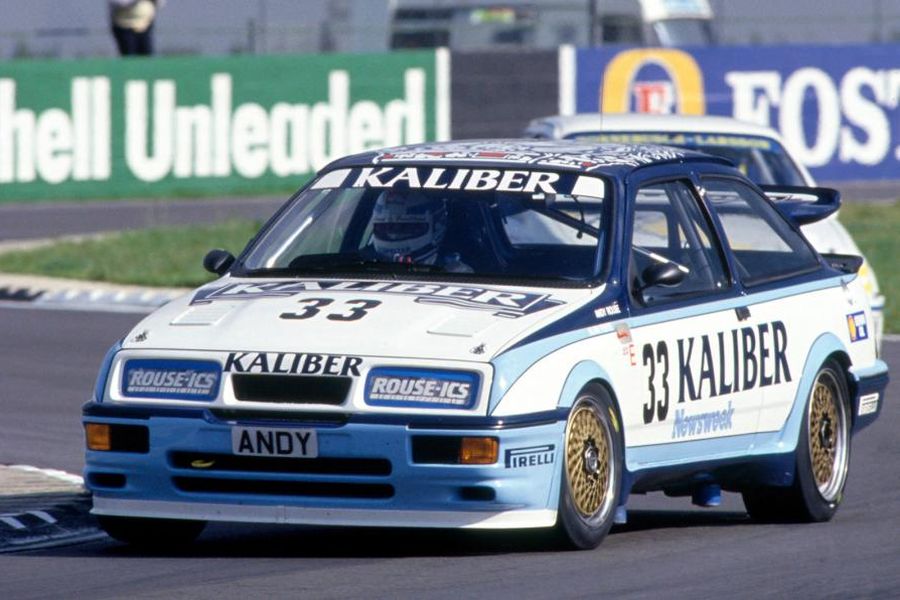 Victory in the WTCC debut

Andy Rouse was the most notable driver who was using Sierra RS500 Cosworth in last three rounds of the 1987 BTCC season. He scored first win in September at Donington Park, finishing third in the final standings of Class A.

In the 1987 World Touring Car Championship, the Sierra RS500 came as a replacement for Sierra RS Cosworth in the seventh round at Brno’s Masaryk Circuit in August. The car immediately showed its pace so Klaus Ludwig and Klaus Niedzwiedz won the race from pole. They were driving for Eggenberger Motorsport, the Swiss private team backed by Ford Europe. The other team that was using Fords was Andy Roush Engineering. 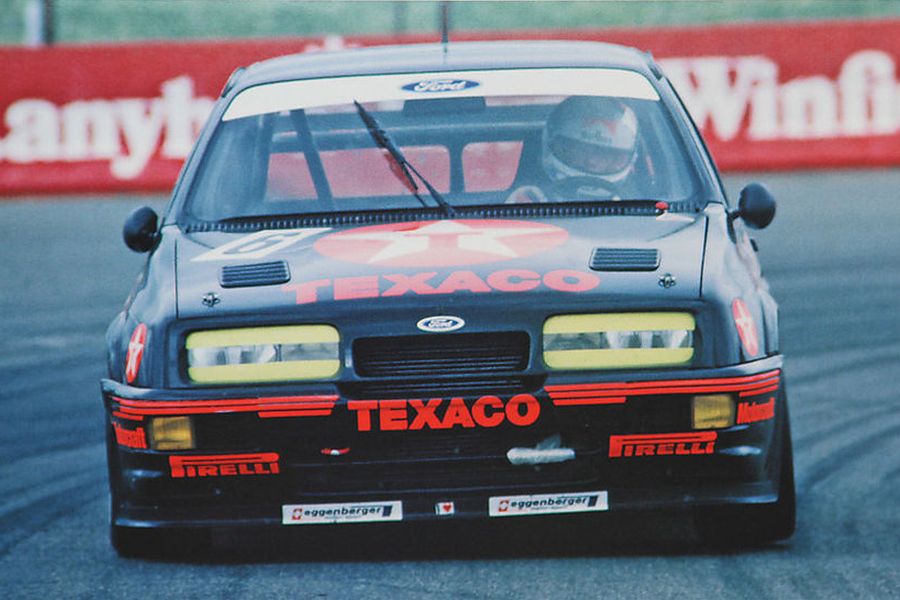 In October 1987, Eggenberger’s car provisionally won the Bathurst 1000 race, driven by Steve Soper and Pierre Dieudonne. They were followed by Klaus Ludwig and Klaus Niedzwiedz in another car.  It turned to be one of the most controversial Bathurst race ever, as both Eggenberger’s cars were disqualified after the race for illegally modified front wheel arch guards.

Until the end of the 1987 WTCC season, Eggenberger’s Fords won three races (Calder Park, Wellington and Fuji) and the team finished the season in the first place. Bathurst’s disqualification ruined the championship for Ludwig and Niedzwiedz so they finished second in the final classification, just one point behind BMW’s Roberto Ravaglia.

Nine wins in nine races of the 1988 ATCC season

In the following years, Sierra RS500 became a dominant car in the Australian Touring Car Championship. In 1988, the car won all nine races of the championship. Dick Johnson was the winner six times to capture his fourth championship title. John Bowe added two wins, Tony Longhurst was the winner one time.

In the 1988 Bathurst 1000 race, which was out of ATCC calendar, Tony Longhurst and Thomas Mezera won the race in the #25 Benson &ampHedges Ford Sierra RS500, ahead of two more Sierra RS500s. 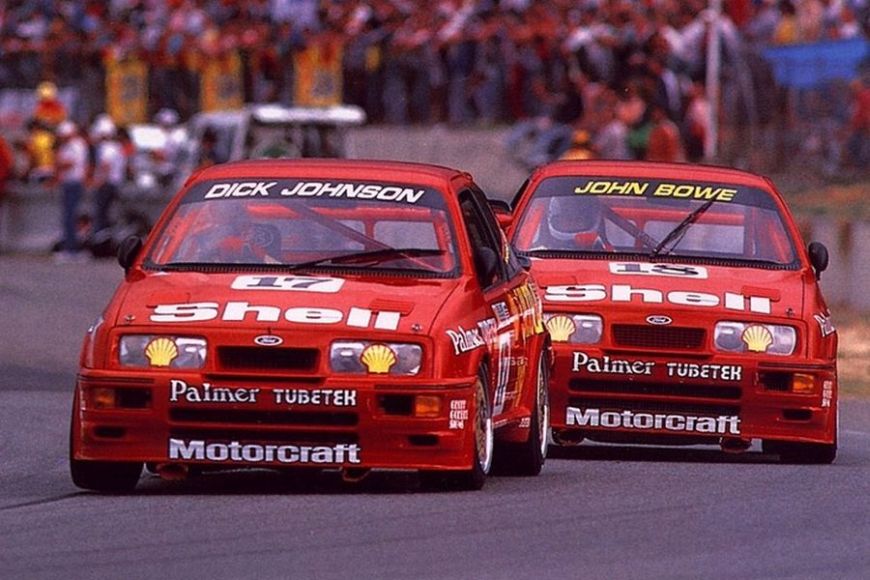 At Mount Panorama, Dick Johnson and John Bowe won the Tooheys 1000 race ahead of Klaus Niedzwiedz and Frank Biela in the Allan Moffat Racing’s Sierra. In the following years, Sierra RS500 took the pole positions in 1990 and 1992 but victories went to Holden and Nissan. In 1993, Sierra was replaced by Ford EB Falcon.

The Sierra RS500 wasn’t dominating in Australia only in the late 1980s. The season 1988 was successful also in Germany and Japan. Klaus Ludwig was the 1988 DTM champion with Sierra RS500 while Hisashi Yokoshima captured 1988 Japanese Touring Car Championship title with a car. A year earlier, Naoki Nagasaka was the JTCC champion with Ford.

In the British Touring Car Championship, Andy Rouse dominated Class A in 1988, winning nine of twelve races, but it was enough just for the third place in the overall standings. The same situation repeated in 1989 when Andy Rouse was third in the championship again. 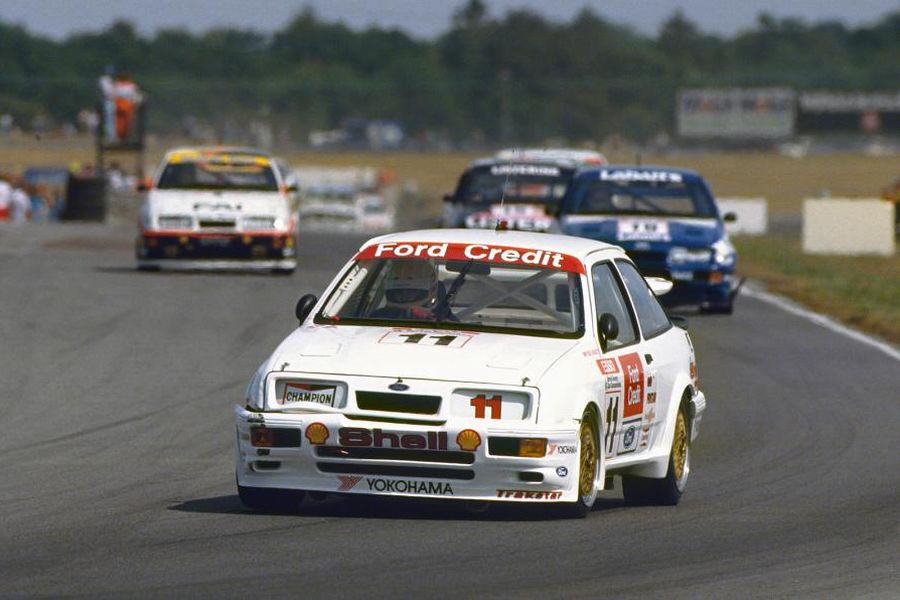 Finally, in 1990, the Ford Sierra RS500 became the championship-winning car in the British Touring Car Championship. Robb Gravett won the title in the #11 Trakstar Motorsport Ford, scoring nine Class A victories and taking the overall first place in the championship.

It was the last year of the Group A era and also the final year of the multi-class format. In 1991, the Sierra RS500 has been replaced by Sierra Saphire. 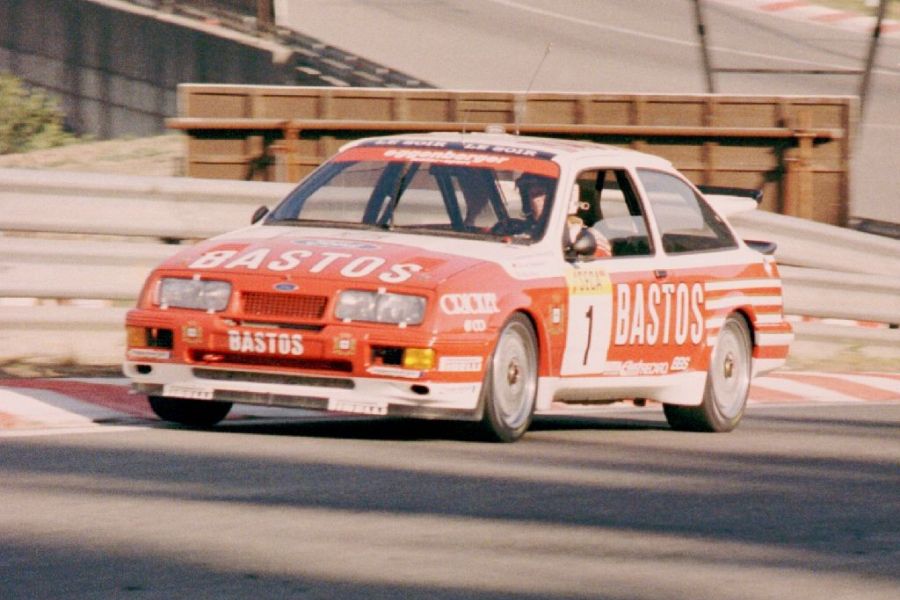 The Sierra RS500 has one more notable victory in its CV. It’s the triumph at 24 Hours of Spa, what was the major endurance race for touring car in that time. Until 1988, the race was a part of the European Touring Car Championship. In 1989, the race had non-championship status.

Gianfranco Brancatelli, Win Percy and Bernd Schneider win the race in the #1 Ford Sierra RS500 of the Bastos Racing Team. They beat the second-placed BMW M3 for eight laps and the third-placed #2 Bastos Ford for nine laps.

In 1989, Sierra RS500 also dominated in the famous touring car race at Macau Guia Circuit, occupying a podium. Tim Harvey won the race ahead of Andy Rouse and Hisashi Yokoshima.