Twin Ring Motegi is a unique race track located in Motegi, Tochigi Prefecture, 145 km north of Tokyo, at the biggest Japanese island of Honshu. The race track is unique because it features two separate but still connected racing facilities – the 1.549-mile (2.493-km) oval and the 2.98-mile (4.8-km) road course, and its name is derived from such a layout. 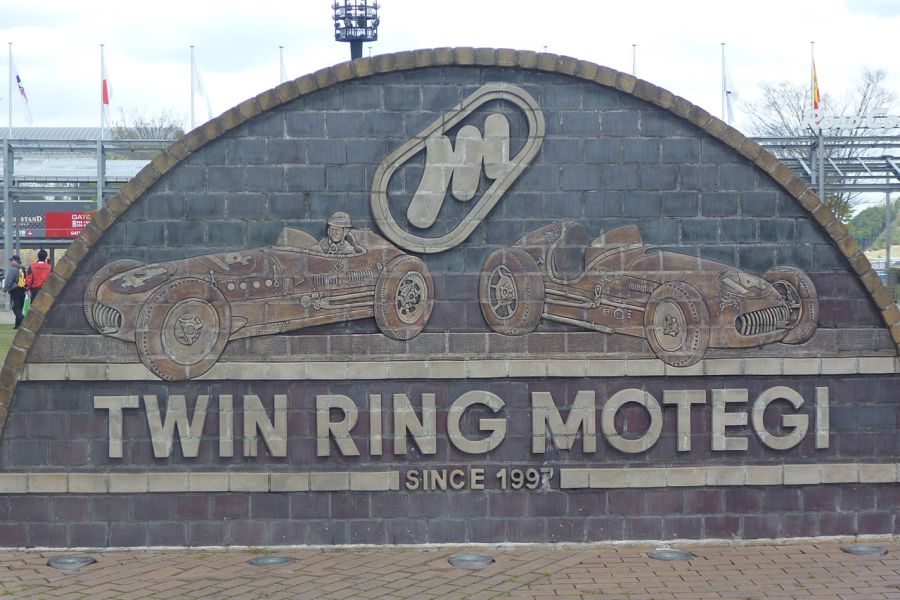 Motegi hosted the American open-wheel series from 1998 to 2011

Twin Ring Motegi was built by the Japanese motorcycle and car manufacturer Honda and it was opened in 1997. Between 1998 and 2011, Motegi was the regular host for the American premium open-wheel series (CART, Indy Racing League, IndyCar), but also hosted two NASCAR races in 1998 and 1999. In recent years, Motegi’s road course is the venue for all main Japanese racing series.

When it comes to other international series, Motegi hosted the World Touring Car Championship for the first time in 2015 and again in 2016. Besides car races, Motegi has become the regular venue for the Motorcycle Grand Prix races since 1999.

The story of the race track in Motegi began about ten years before its opening. The Honda management wanted to create a nationwide network of facilities where motorcycle users and their buyers could enjoy riding their machines, with one central place where car drivers could also try Honda’s products. 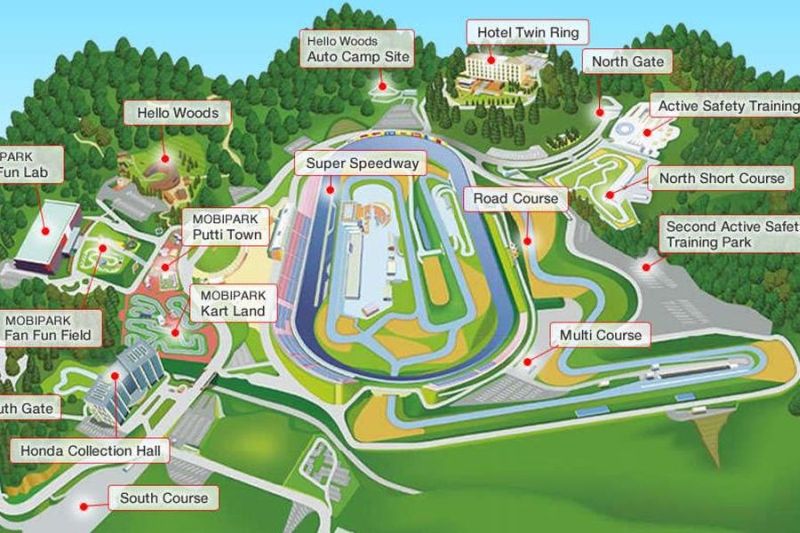 In 1994, Honda entered the CART and pushed the project of the Japanese oval

The Motegi-machi in Tochigi Prefecture was the final choice for the major facility. The plan was to build the race track surrounded by hills, so the noise on the location couldn’t disturb the local community. The plan got a green light in 1988. While preparing the construction, the project had taken a new direction. Honda’s project team was in the USA and they were impressed by the popularity of the oval racing, so the decision was made to build an oval circuit as an integral part of the Motegi facility. In 1994, Honda entered the CART Indy Car World Series as the engine supplier and it was the final push for Honda to start the construction of Twin Ring Motegi, which they would use as a home track and testing facility for its Indy Car programme.

Honda museum is a part of the racing circuit

The construction began in 1995, and the race track was being built until the summer of 1997. It was the biggest construction project ever financed by a single, private company in Japan. The opening ceremony was held on July 31, 1997. The official seating capacity was 100,000 spectators for the road course events and 80,000 at the oval

The complex featured two racing courses, additional dirt oval, kart circuit, safety and a riding school. In 1998, a hotel, restaurant, shops and event halls, including the impressive museum, were opened. Honda Collection Hall is a special place inside the Twin Ring Motegi. The museum has around 300 restored motorcycles, cars, power products and racing machines. 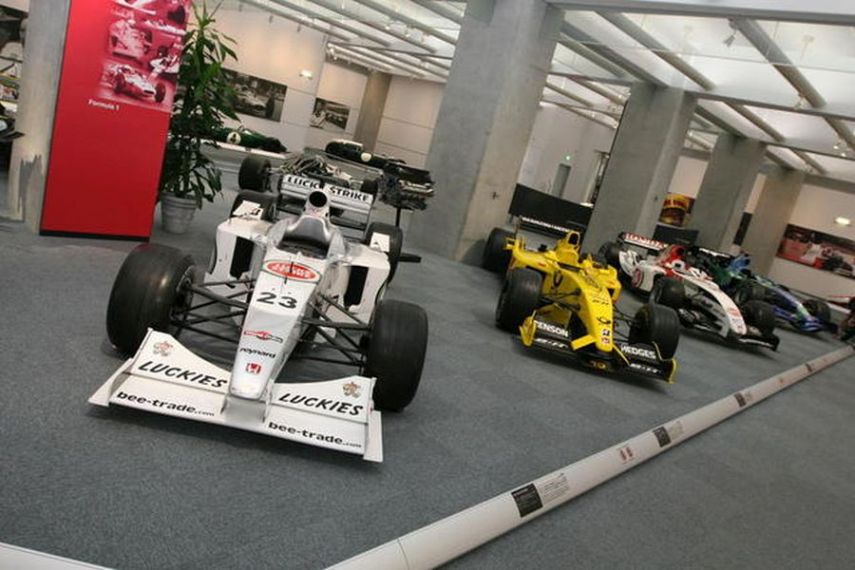 Honda Collection Hall (museum) is a part of the Twin Ring

The 1.549-mile oval course is the only one of its kind in Japan, featuring four 10-degree banked turns. Since the oval is egg-shaped, turns 3 and 4 are much tighter than turns 1 and 2. The 14-turn road course is 4.8 kilometers long and it shares the garage and grandstand facilities with the oval course, but otherwise, it is a separate circuit entirely. The road course runs clockwise and it passes underneath the oval at two points. The road course can be used in three ways: as the full course or as two short courses (East 3.4-km, West 1.4-km).

Adrian Fernandez was the first CART winner at Motegi

Less than a year after opening, Twin Ring Motegi hosted its first major international event, the race of the CART Championship Series. The race, called the Budweiser 500K, was held on March 28, 1998. The first winner of the 500-km race was Patrick Racing’s Adrian Fernandez, ahead of Al Unser Jr and Gil de Ferran. The Mexican driver repeated the victory in 1999, again driving the Patrick Racing’s Reynard-Cosworth.

Cosworth-powered cars won the following two races in 2000 and 2001, driven by Michael Andretti and Kenny Brack. In 2002, the Japanese engine won the race at the Japanese round of the IndyCar, but it wasn’t Honda. The winner was Bruno Junqueira in the Chip Ganassi Racing’s Lola-Toyota. 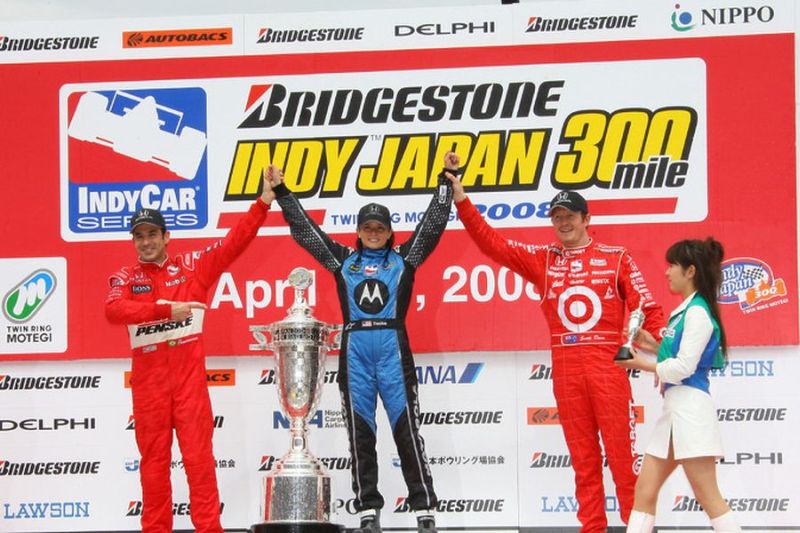 Danica Patrick on the top podium spot in 2008

Dan Wheldon scored the first win for Honda, Danica Patrick was the only female winner

In 2003, as part of big changes between two major American open-wheel series, Twin Ring Motegi was moved from CART to the IndyCar Series. Scott Sharp was the 2003 winner in the Kelley Racing Dallara-Toyota. And finally, in 2004. Dan Wheldon scored the first victory with a Honda engine on Honda’s track. From then to the last race in 2011, all Motegi wins went to Honda-equipped teams.

Dan Wheldon was the winner one more time (in 2005). Other multiple winners were Helio Castroneves (2006 and 2010) and Scott Dixon (2009 and 2011). In 2007, the winner was Tony Kanaan, but one of the most memorable races was in 2008, because Danica Patrick took the victory and became the first ever female winner in the IndyCar. It was also her only win in her career, so the Motegi oval has a special place in her memory.

IndyCar left Motegi after the 2011 season

Since 2003, the name of the race was Indy Japan 300. After the American open-wheel reunification in 2008, the Japanese round was moved from April to September. In 2011, the race was renamed to Indy Japan: The Final, because prior to the race, it was announced that IndyCar wouldn’t return to Japan in 2012. The 2011 race was also unique because it was held on Motegi’s road course. The oval was damaged during an earthquake in April. 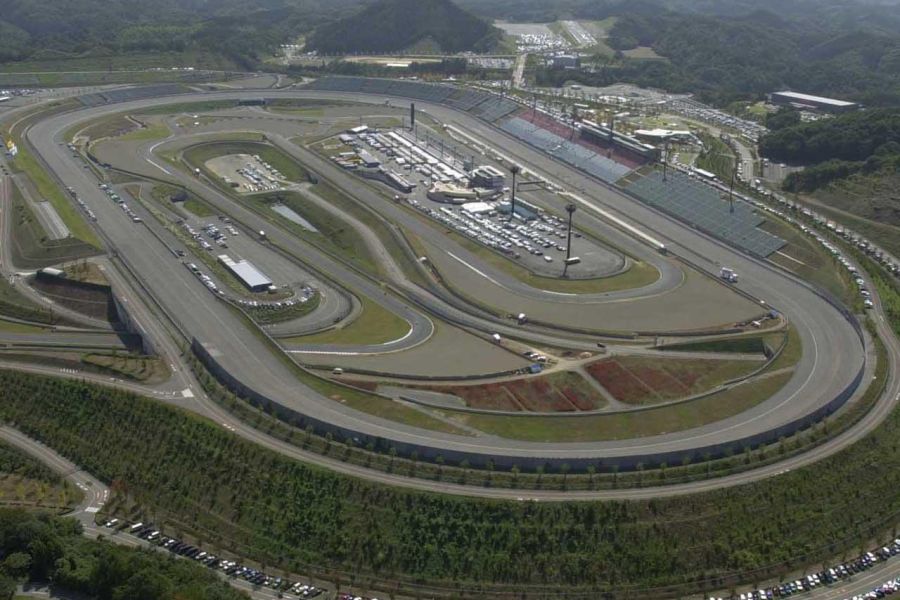 Besides American open-wheelers, Motegi also hosted the American stock cars. On November 22, 1998, the Coca-Cola 500 exhibition event was held in Motegi. In the previous two years, the exhibition races were held at Suzuka Circuit. The teams from all NASCAR national series came to Japan, with 27 American drivers and four Japanese drivers competing in the race at Motegi. The winner was Mike Skinner. After three years the contract has expired and there was the last exhibition race. In 1999, the NASCAR Winston West Series had its event at Motegi and it was the last NASCAR’s visit to Japan.

Twin Ring Motegi is one of the regular venues in the main Japanese racing series, such as the Super Formula (earlier Formula Nippon) and Super GT, but also in many other national competitions. The only world championship event in the car racing was the Japanese round of the World Touring Car Championship in 2015. In the 2016 WTCC season, Twin Ring Motegi was again part of the calendar. 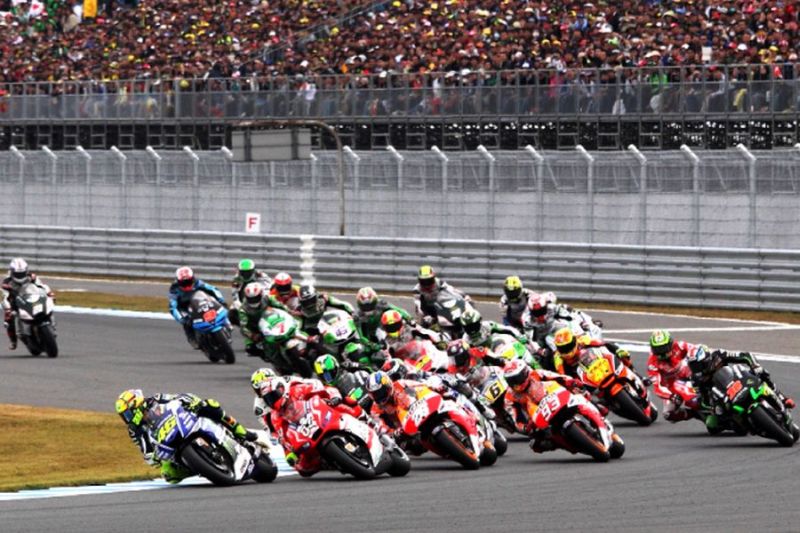 MotoGP is at Motegi since 1999

Motorcycle Grand Prix races at Motegi since the beginning

On the other side, the world’s premier motorcycle competition has been visiting Motegi regularly since 1999. The first winner of the Japanese Grand Prix in the 500cc class was Suzuki’s Kenny Roberts. From 2000 to 2003, Suzuka hosted Japanese Grand Prix while Motegi was the host of the Pacific Grand Prix. The winners of the top class in that period were Kenny Roberts, Valentino Rossi, Alex Barros and Max Biaggi.

In 2004, the Japanese Grand Prix returned to Motegi and it is still there. The winner in 2004 was Makoto Tamada, the only Japanese driver who won in the MotoGP class at Motegi. After him, the winners were Valentino Rossi, Loris Capirossi, Jorge Lorenzo, Casey Stoner and Daniel Pedrosa.

Video : A lap around the Motegi road course circuit

Lorenzo, Nakajima and Kanaan are the record holders

The fastest motorcycle rider at Motegi was Jorge Lorenzo, who took the pole position for the 2015 race with the lap time of 1.43.790. Among the race car drivers, Kazuki Nakajima is the record holder of the road course circuit. In 2013, he made the fastest lap with Super Formula car in 1 min 32.839 seconds. At the oval, the record holder is Tony Kanaan, who lapped the 1.5-mile circuit in 26.425 seconds.