Henry Leslie 'Harry' Firth (1918-2014), nicknamed The Fox, was an Australian racing driver and team manager who was inducted into the V8 Supercars Hall of Fame in 2007.

He was active as a racer in the 1950s and 1960s, working at the same time as a manager of Ford works team. In 1969, he founded the famous Holden Dealer Team and managed the team until his retirement at the end of 1977. 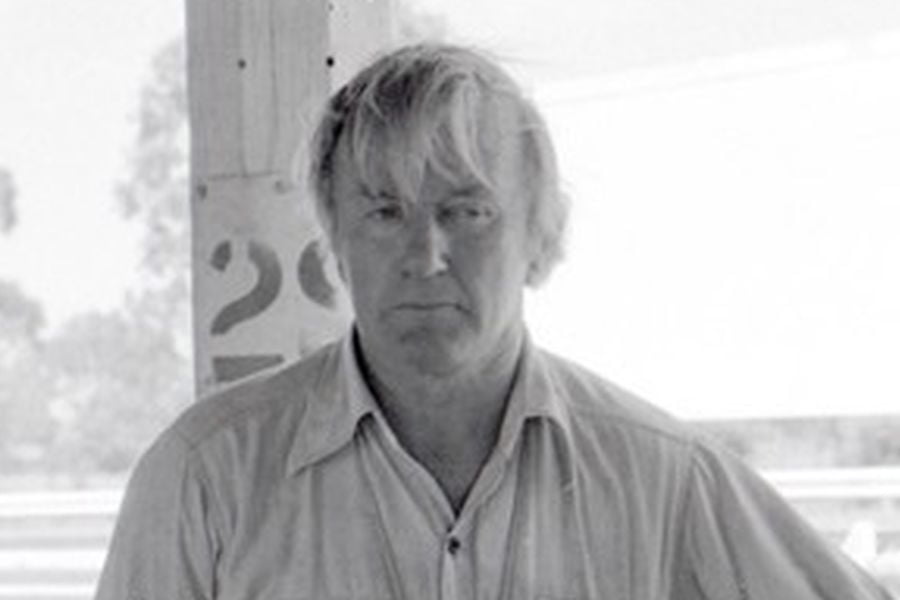 Born in April 1918 in Orbost, Victoria, Harry activated himself in racing after returning from service in the World War II. At the beginning of his career, he successfully competed in a Porsche 356 in circuit races and hillclimbs.

In that period, he left the most significant trail in rallying, winning five times in the Alpine Rally, the oldest Australian rally event (since 1921) and one of the world's oldest surviving motorsport events. Firth won Alpine Rally five times between 1953 and 1962. In all five events, his navigator was Graham Hoinville. Their victorious cars were Sunbeam Alpine (1953), Hillman Minx (1955), Volkswagen (1958), Singer Gazelle (1960) and Ford Anglia (1962). 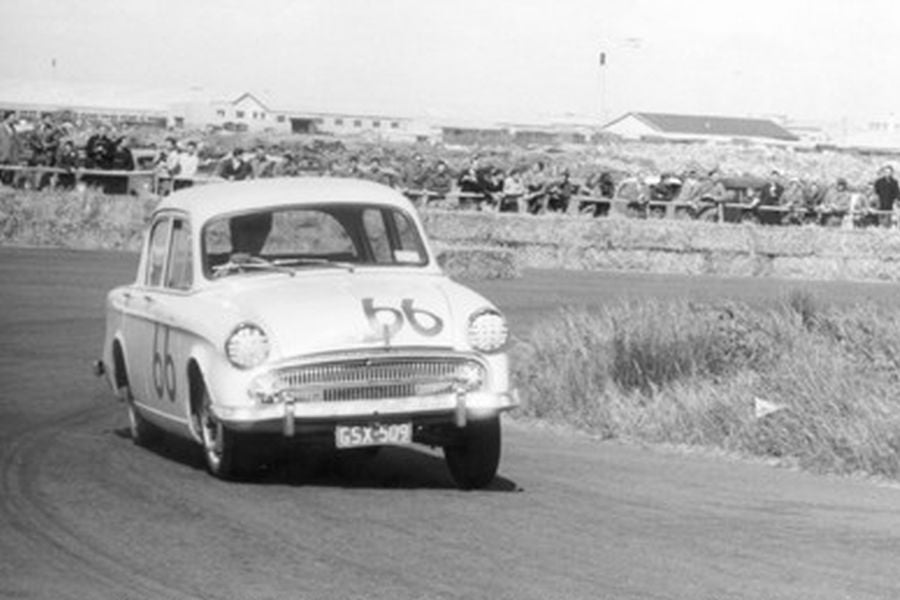 Harry Firth in a Hillman Minx

Participant of the first ever Armstrong 500 race

In 1960, the Armstrong 500 race has been established as a predecessor of what is today the Bathurst 1000. The first race 500-mile endurance race for production cars took place on November 20 at Phillip Island Circuit. Firth raced in a Singer Gazelle for Rootes Australia, sharing a car with John Reaburn.

Only class placings were awarded so there is a still a controversy who could be recognized as an outright winner of the race. Firth and Reaburn finished seventh in Class C.

First win at Phillip Island's 500-mile race in a Mercedes

They were Class B winners but they were also recognized as overall winners because they were the only pair to complete the full race distance of 167 laps (501 miles or 807 kilometers). The outright race victory wasn't officially awarded until 1965.

In 1962, the Harry Firth's workshop at Queens Avenue in Auburn became the base for the Ford works team. That year, Firth switch to Ford Anglia at Alpine Rally to score his fifth win while his car at Armstrong 500 race was a Ford Falcon XL.

Falcon's dominated in the race, with Firth and Jane crossing the finish line as Class C winners and unofficial overall winners. The race track at Phillip Island was damaged too much during the race and for 1963 the event was replaced to the Mount Panorama Circuit.

Victory in the first Armstrong 500 at Bathurst

Harry Firth and Bob Jane scored a hat-trick of victories at Armstrong 500 by winning the race at Mount Panorama Circuit in Bathurst in October 1963. Their race car was the #20 Ford Cortina Mk. I. It was the first race marked by a duel between Fords and Holdens.

Firth recorded two more starts at Bathurst's Armstrong 500 in a Ford Cortina, sharing a car with his first co-driver John Reaburn. They finished third in 1964, behind Bob Jane/George Reynolds and Barry Seton/Herb Taylor in two other Cortinas. In 1965, Firth and Reaburn finished 14th overall and first in Class A in a small Ford Cortina 220.

Racing in the United States in 1966

In September 1966, Firth traveled to the US to participate in two Trans-Am Series races in Allan Mann Racing's Ford Cortina Lotus together with Allan Moffat, the young Canadian-born Aussie racer. They were ninth overall and fourth in U2L class at Green Valley 6 Hours in Texas. In the next race, they were seventh overall and third in class at Riverside 4 Hours in California.

The Americans were satisfied with Firth's performance and asked him to stay with the team but he refused, claiming that he would rather race in Australia.

The winner of the inaugural Southern Cross Rally

At the 500-mile race at Mount Panorama, renamed to Gallaher 500, Firth was competing in a Morris Cooper S because Ford didn't enter the race. Nine Morris Coopers took the first nine places, with Rauno Aaltonen and Bob Holden winning the race. Firth and his co-driver Ern Abbott finished in the sixth place. 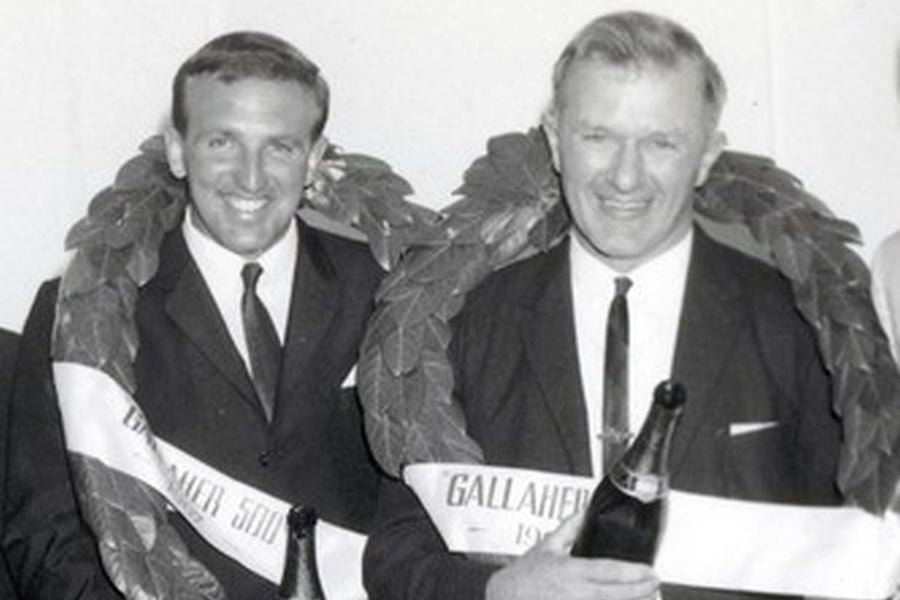 1967 - fourth victory for Firth in the greatest Australian race

Harry Firth scored his fourth victory in the greatest Australian race in October 1967. He came to Mount Panorama in the #52 Ford XR Falcon GT and won the race together with Fred Gibson.

They were declared winners few hours after the race following Firth's protest over provisional results that claimed Ian Geoghegan and Leo Geoghegan are the winners.

In 1968, at the age 50, Firth won the championship title in the inaugural Australian Rally Championship, held over six events. He was driving a Ford Cortina GT, sharing a car with Graham Hoinville.

In 1968, Firth was also leading Ford Australia's three-car assault on the inaugural London - Sydney Marathon, preparing three Ford XT Falcon GT cars for the event. The Ford Australia team claimed the Teams' prize. Firth himself finished in the 8th place. His teammates Ian Vaughan and Bruce Hodgson were third and sixth respectively. The rally winners were Andrew Cowan and Brian Coyle in a Hillman Hunter.

1969 - retiring from racing and establishing the Holden Dealer Team

In 1969, Harry Firth retired from racing but he was also replaced as a team boss of Ford Works Team because he was considered to be too old. It was a big mistake of Ford establishment because Firth crossed over to their biggest rivals in General Motors Holden and became a manager of the new Holden Dealer Team.

Despite the Dealer name, it was actually the full factory-supported team. The team operated in Firth’s Auburn workshop, the same that was previously used by Ford's team. 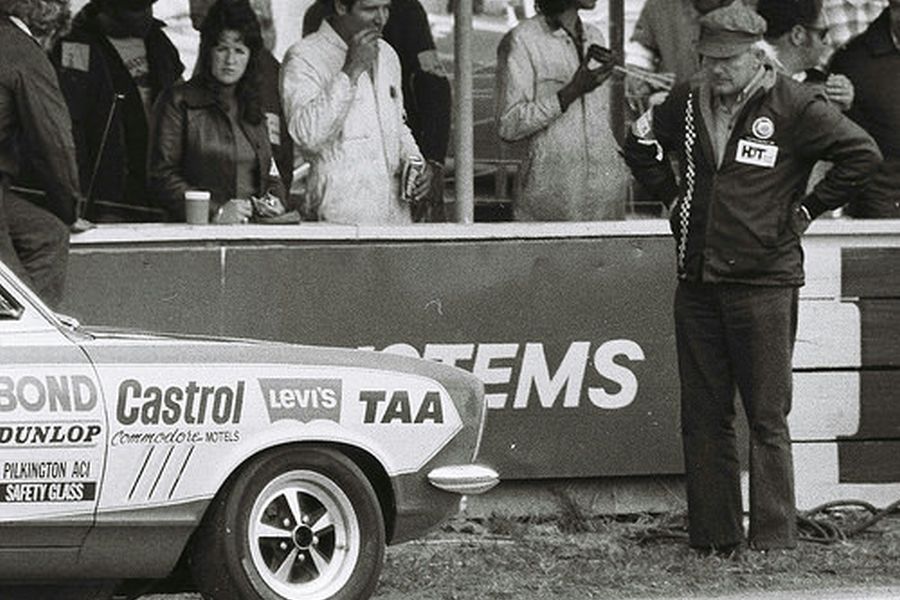 The most successful racing team of the 1970s

It was just a beginning of the story about the greatest Australian racing team of the 1970s. Over the next eight years, the Holden Dealer Team recorded numerous victories and championship wins in circuit racing and rallying.

To mention just a part of those wins, HDT took five Australian Manufacturers' Championships, Colin Bond was an Australian rally champion four times and ATCC champion once, Peter Brock was the 1972 Bathurst 500 winner and 1974 ATCC champion with Firth's team.

The Bathurst 500 in October 1977 was the last race in which Harry Firth participated as a team manager. He pulled out of managing duties at the end of the year. He stayed in motorsport for four more seasons, working as CAMS Chief Scrutineer from 1978 to 1981 before retiring completely.

Harry Firth lived long and peaceful in a retirement, passing out in April 2014 at the age 96.