Herbert Müller (1940-1981), nicknamed Stumpen Herbie, was a racing driver from Switzerland who achieved the most in sports car racing. He lost a life in a crash during the 1000 Km of Nürburgring in May 1981 at Nurburgring Nordschleife circuit.

Born in May 1940, Herbert Müller Rebmann started his racing career in the early 1960s. In May 1962, he recorded his first participation in German round of the World Sportscar Championship, at the Nürburgring 1000 Km race, the same event in which he will lose a life nineteen years later.

In his first outing at Nürburgring Nordschleife, he was driving a Porsche 718 RSK, not finishing the race.

Next year, Müller started to race in a Ferrari 250 GTO for Scuderia Filipinetti. He recorded one more DNF at Nürburgring 1000 Km. During that year, he also raced in Filipinetti's Porsche 356B Carrera, scoring some notable results in hillclimb races.

In April 1963, Müller also participated at Pau Grand Prix, the F1 non-championship race. He was driving a Lotus-Climax for Scuderia Filipinetti, finishing in the fifth place, seven laps behind race winner Jim Clark. It remained Müller's only F1 race in a career. 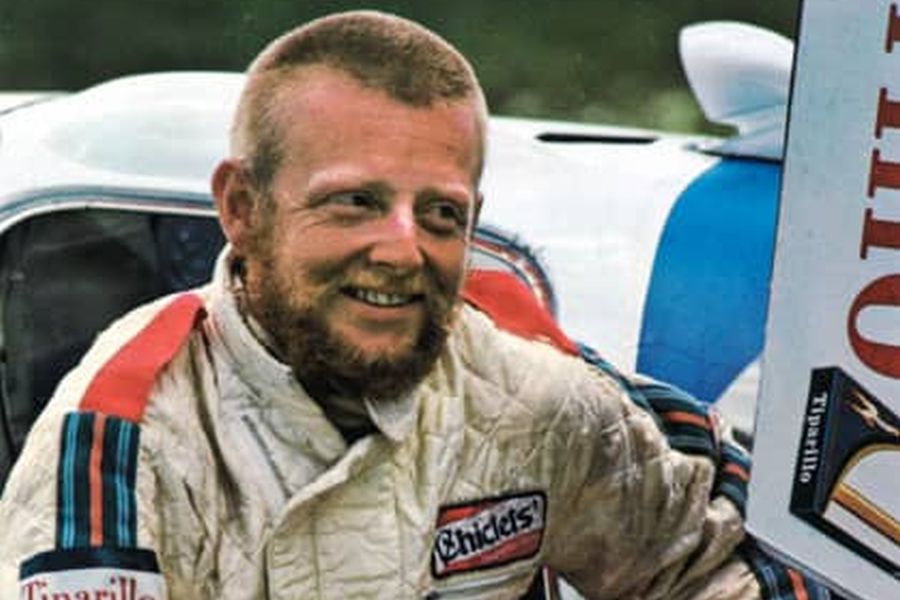 Two months later, Müller participated at Le Mans 24 Hours in a Ford GT40. He was sharing the #6 car with Ronnie Bucknum, retiring after three hours and 29 laps. During the year, he scored some class victories in hill climb races with Porsche. 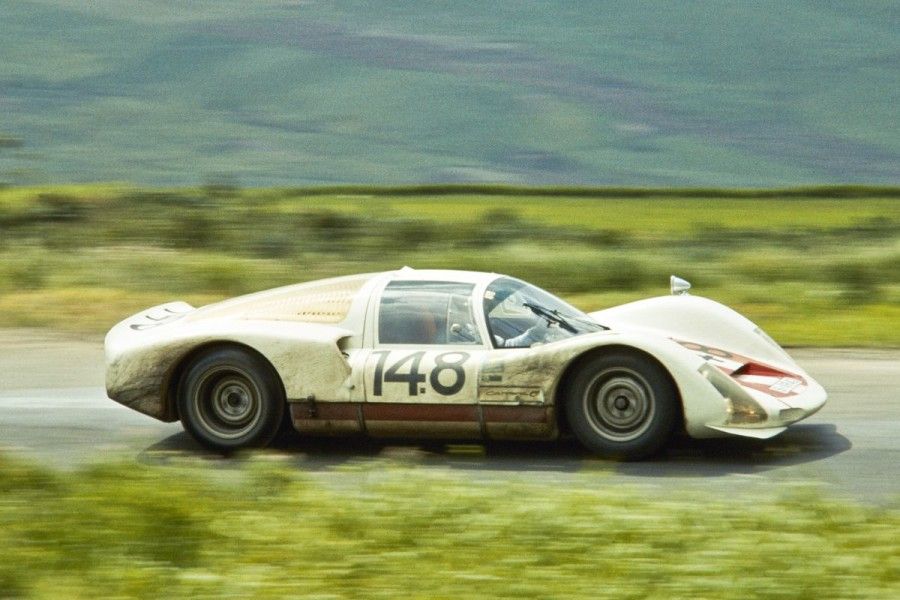 In 1966, Müller stayed with Scuderia Filipinetti, driving four different cars during the season. In April, he and Willy Mairesse finished third at Monza 1000 Km in a Ford GT40. Then, in May, he scored his first major victory, winning at Targa Florio in the #148 Porsche 906 Carrera 6. His co-driver was Willy Mairesse.

They returned into a cockpit of Ford at Spa 1000 Km, not finishing the race. At Nurburgring 1000 Km, they were sharing a Ferrari 250 LM, finishing in the ninth place. At Le Mans, Müller and Mairesse raced in a Ferrari 365 P2, retiring with broken gearbox after 12 hours and 166 laps.

Visiting the US for the first time in 1967

In 1967, Müller raced for the first time in the US, driving a Porsche 906 LH at Daytona 24h and Ferrari Dino 206 S at Sebring 12h. He didn't start at Daytona because of an accident and didn't finish the race at Sebring due to broken suspension.

Back in Europe, he and Nino Vaccarella finished fourth at Monza 1000 in Filipinetti's Ferrari 412 P. At Targa Florio, Müller was sharing the same car with Jean Guichet, not finishing the race. The same result followed at Le Mans 24h, where Jean Guichet was again his co-driver.

A year later, Müller recorded one more DNF at Le Mans. This time, he was sharing Scuderia Filipinetti's Ferrari 275 LM with Jonathan Williams. 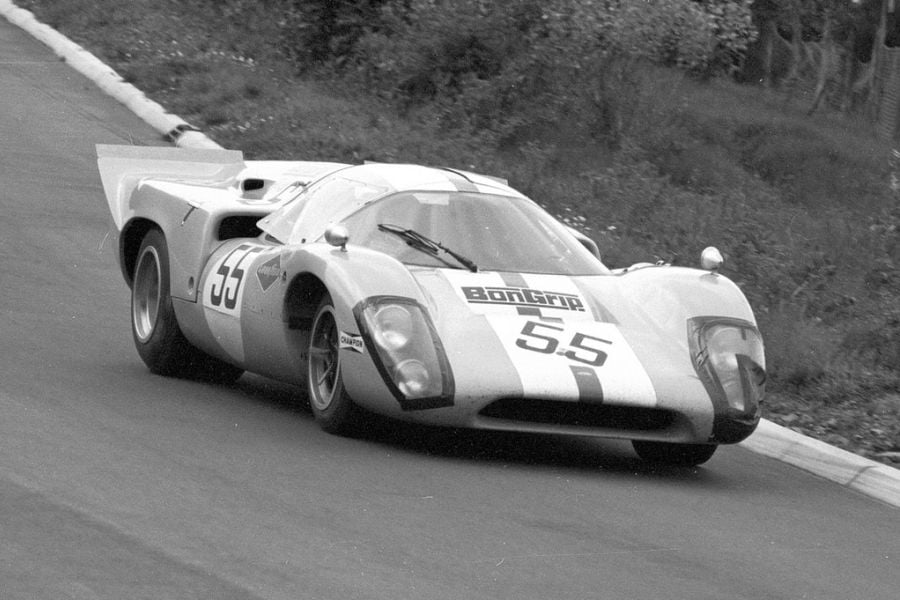 In 1969, Herbert Müller was sharing a Lola with Jo Bonnier

In 1969, Scuderia Filipinetti and Ecurie Bonnier were running Lola T70-Chevrolet for Herbert Müller and Joakim Bonnier. They recorded DNFs at Brands Hatch, Monza and Targa Florio, finally finishing the race at Spa. They were fifth overall and the first in S5.0 class. Two more DNFs followed at Tourist Trophy and Nurburgring.

At Le Mans, Masten Gregory joined Joakim Bonnier in a Lola-Chevrolet whilst Müller was driving factory-entered Matra MS630/650 alongside Johnny Servoz-Gavin. They retired after 158 laps. Until the end of the season, Bonnier and Müller raced together few more times, finishing best in the second place at Zeltweg 1000 Km.

In 1970, Scuderia Filipinetti was running Ferrari 512 s for Müller and Mike Parkes. They finished best in the fourth place at Nurburgring 1000. In June, at Le Mans, they retired after just 37 laps after a collision with another car. 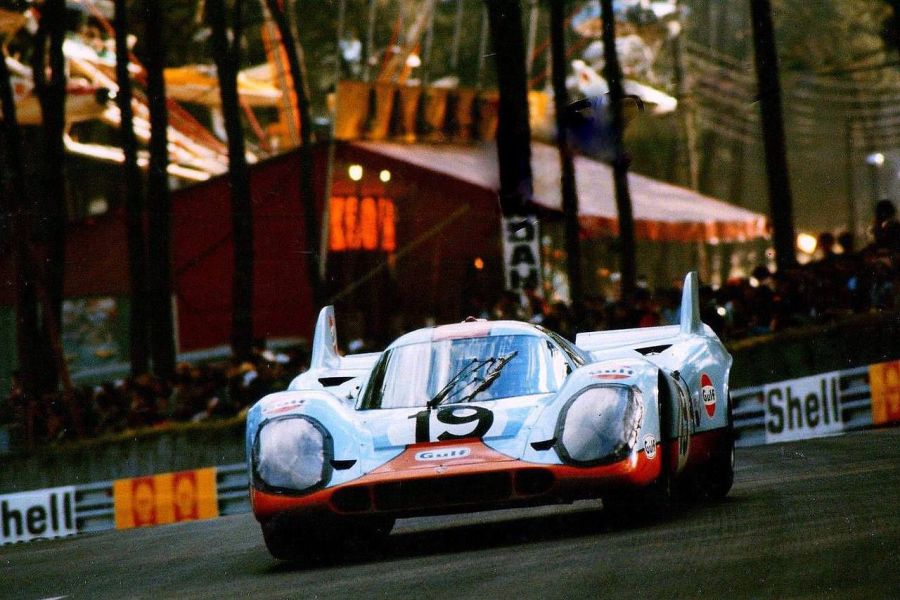 In 1971, Müller started to race under the banner of his own team Herbert Müller Racing. He finished fourth at Brands Hatch 1000 and sixth at Monza 1000, sharing a Ferrari 512 LM with Rene Herzog. At Targa Florio, he joined Pedro Rodriguez in John Wyer's Porsche 908, not finishing the race.

Then, at Le Mans, Müller was driving the #19 Porsche 917K for John Wyer Automotive Engineering. He and Richard Attwood finished in the second place overall, two laps behind Gijs van Lennep and Helmut Marko in Martini Racing's Porsche 917K.

In the rest of the season, Müller competed in his Ferrari 512 LM in the International Championship for Makes, Interserie and Can-Am Challenge but without notable results.

Racing with De Tomaso Pantera in 1972

In 1972, Müller continued to race in the Interserie with Ferrari but also was running De Tomaso Pantera in other competitions, including Le Mans 24 Hours. At Circuit de la Sarthe, he raced in the #31 De Tomaso Pantera under the banner of Escuderia Montjuich, not finishing the race due to broken cylinder head gasket. His co-driver in that race was Cox Kocher.

Later in the season, he won two races in a De Tomaso Pantera, a round of the European GT Championship at Nivelles and German Racing Championship round at Norisring.

One more victory at Targa Florio in 1973

In 1973, Müller joined Martini Racing to drive Porsches in sports car races. In April, he and Gijs van Lennep won Le Mans 4 Hours in a Porsche 911 Carrera RSR. Then, in May, they brought the same car to the victory at Targa Florio.

In June, at Le Mans 24 Hours, Müller and Van Lennep finished fourth overall in the #46 Porsche 911 Carrera RSR, three laps behind the closest podium scorers and 27 laps behind race winners Henri Pescarolo and Gerard Larrousse in a Matra. At the end of the season, in November, Müller and Reinhold Joest won the Kyalami 9 Hours in a Porsche 908/03. 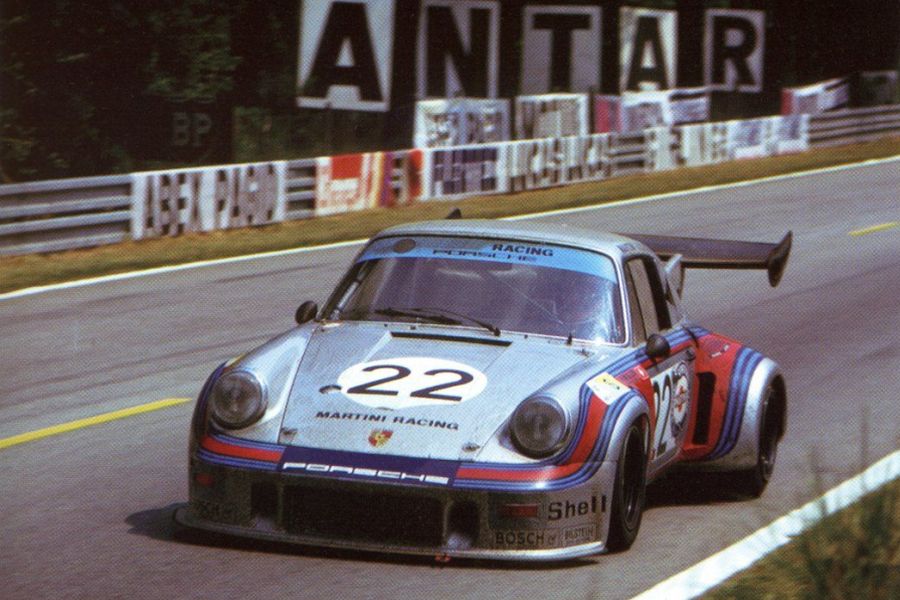 In 1974, Müller stayed with Martini Racing, recording one more Le Mans podium as a highlight of the season. In that race, he was sharing the #22 Porsche 911 Carrera RSR Turbo with Gijs van Lennep. They finished in the second place, six laps behind back-to-back winners Henri Pescarolo and Gerard Larrousse in a Matra.

Müller had a rich schedule of races that year, driving his own Ferrari in the Can-Am Challenge or Porsches in the World Championship, German Racing Championship and Interserie. He was the most successful in the #0 Martini Porsche 917/30 TC in the Interserie, scoring five podiums in five races, including three wins, to capture his first championship title.

Herbert Müller in a Ferrari in 1974

In 1975, Müller defended his Interserie title in Martini Racing's Porsche, using a 908/3 Turbo or 917/30 TC. He again scored five podiums in five races, including two wins. Outside Interserie, he was driving Porsche 908/3-6 Turbo in the World Championship, skipping Le Mans for the first time after eleven consecutive appearances.

In 1976, Müller clinched his third Interserie title in a row. He did that not in a Porsche but in a Sauber C5-BMW, driving for PP Sauber Racing. Unlike the previous seasons, he captured the title without wins, scoring just two podiums. 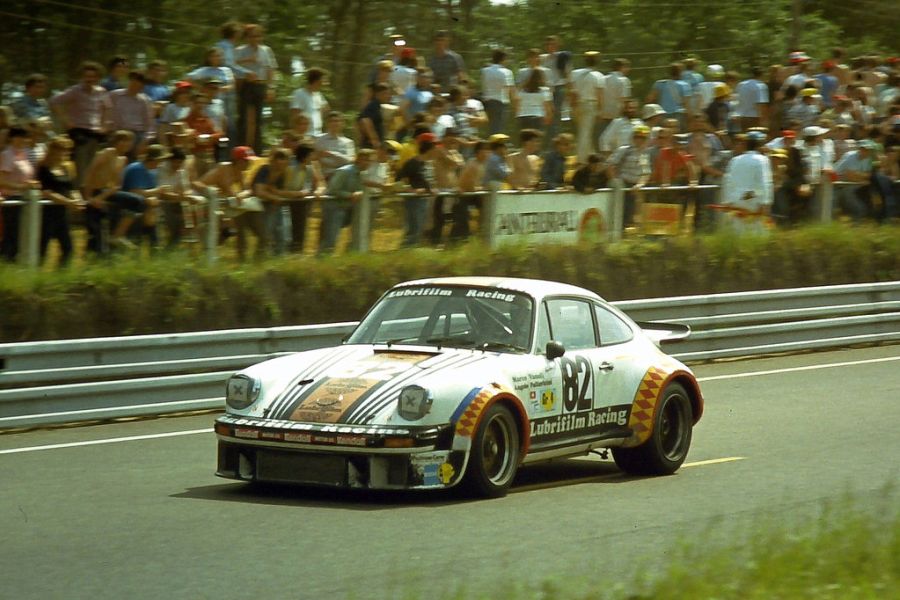 With three championship trophies in his hands, Müller slowed down his racing activities in 1977. He was driving his own Chevron B21-Cosworth or March 75S-BMW in selected races but without notable results. In 1978, he spent a season in Meccarillos Racing's Porsche 935, including a return to Le Mans. He didn't finish the race.

Then, in June 1979, Müller climbed to the Le Mans podium again. This time, he was the winner in GT+3.0 class, together with Angelo Pallavicini and Marco Vanoli in the #82 Lubrifilm Porsche 934. They were fourth overall, behind three Porsche 935s.

Herbert Müller lost a life on May 24, 1981, at Nurburgring Nordschleife

Losing a life in a crash at Nordschleife

In 1980, Müller started a season with a class victory at Brands Hatch 6 Hours, driving Lubrifilm Porsche 934. He and Angelo Pallavicini were again the class winners at Nurburgring 1000 a few months later.

In April 1980, Müller also raced alongside Siegfried Brunn at Monza 1000 in Brunn's Porsche 908/3. They were 13th. Müller and Brunn planned to race together again a year later, in May 1981, at Nurburgring 1000, a part of the World Championship.

Unfortunately, Müller's race in the #3 Porsche 908 ended with an accident at Kesselchen area of Nordschleife circuit. He was avoiding a car which had spun, hit a bank and then hit the parked car of Bobby Rahal, causing an explosion and fire.