Davy Jones is an American former racing driver who was active in different racing disciplines from 1981 to 2012.

The highlight of his career is a victory at 24 Hours of Le Mans in 1996 with Joest Racing's TWR Porsche WSC-95. Five years earlier, in 1991, he finished second overall at Le Mans in a Jaguar XJR-12. He was also successful in the US-based IMSA GTP Championship, winning Daytona 24 Hours in 1990 and becoming a vice-champion in 1992 with Jaguar Racing.

Jones also raced in many open-wheel competitions all over the world, achieving the greatest success in 1996 when he was second at Indianapolis 500. Last, not least, he gained some experience in NASCAR but without notable results. 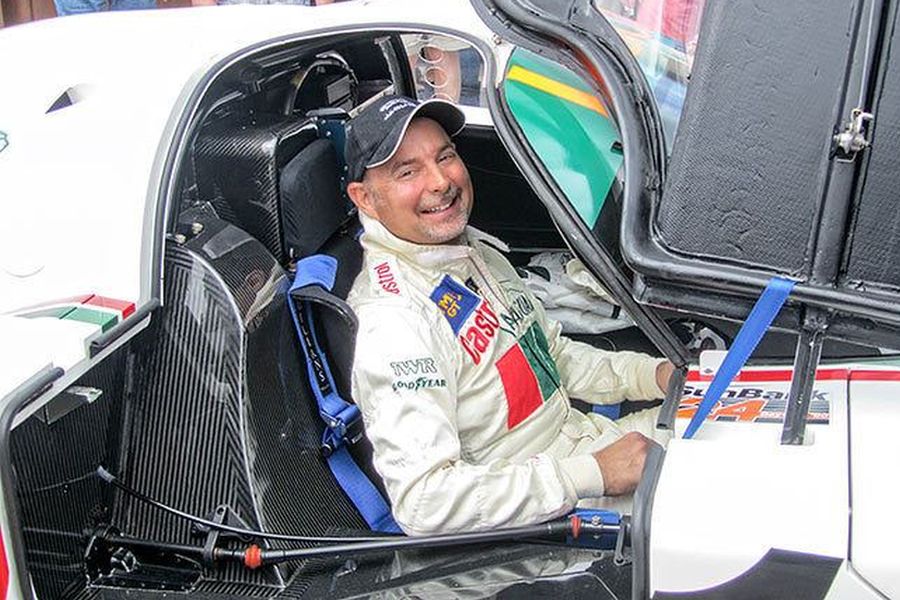 Third in British F3, behind Senna and Brundle

Born in June 1964 in Chicago, Illinois, Davy Jones started his racing career in 1982, entering the American edition of the Formula Super Vee. He immediately became a race winner and finished third in the points in his rookie season. The champion was Michael Andretti.

Jones also made a one-off appearance in the British Formula 3 Championship with Murray Taylor Racing, joining the team for the full-time campaign in 1983. Scoring massive 13 podiums, he finished third in the championship, behind two future Formula 1 stars Ayrton Senna and Martin Brundle. 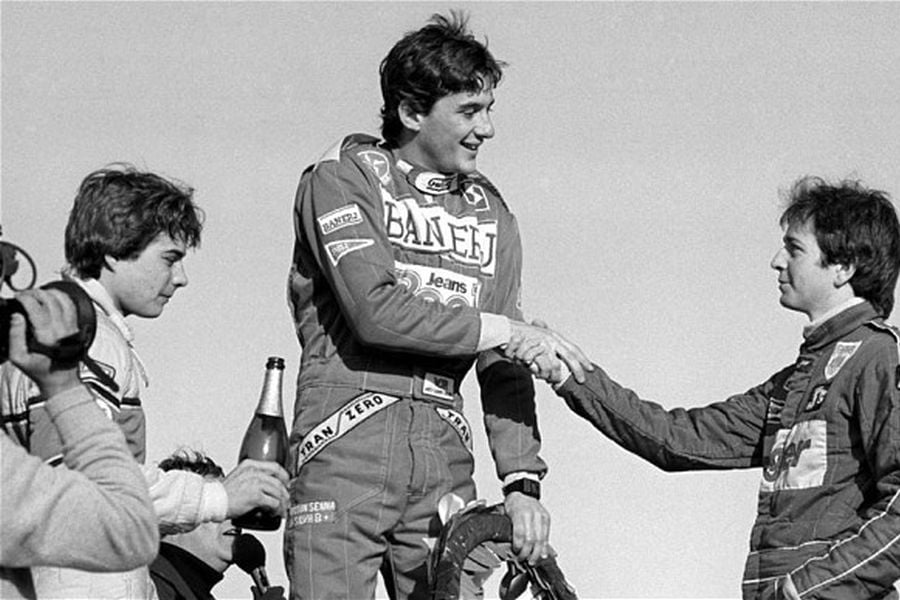 Davy jones (left) next to Ayrton Senna and Martin Brundle

Testing an F1 car for Brabham

Jones also had an opportunity to test F1 car after Brabham's owner Bernie Ecclestone invited him to the test event at Brands Hatch. However, Jones never raced in Formula One. 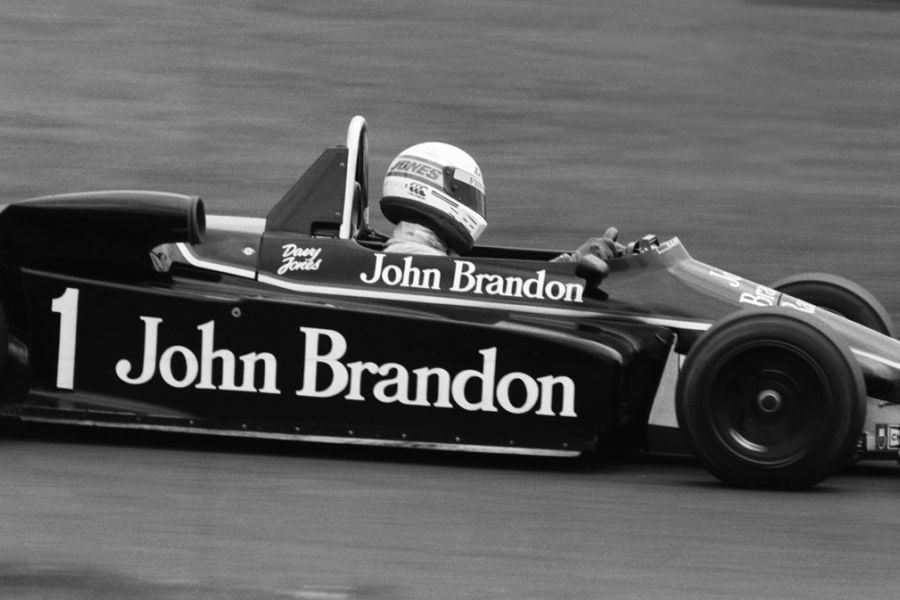 In 1985, Jones was a vice-champion in both open-wheel competitions in which he contested – Formula Pacific at New Zealand and Formula Super Vee in the US. He lost titles to Ross Cheever (Pacific) and Ken Johnson (Super Vee).

In 1985, Jones also made a debut in sports car racing, a discipline which would later bring him the greatest success. He was driving March 85G-BMW for BMW North America in season's finale of the IMSA GTP Championship at Daytona International Speedway. He was sharing a car with David Hobbs and John Andretti, not finishing the race.

He joined BMW North America as a full-time driver for the 1986 IMSA GTP Championship season, sharing the #18 BMW GTP with John Andretti. They won a 500-km race at Watkins Glen.

Outside IMSA Championship, Jones recorded a couple of starts in the American Racing Series and Formula Super Vee. 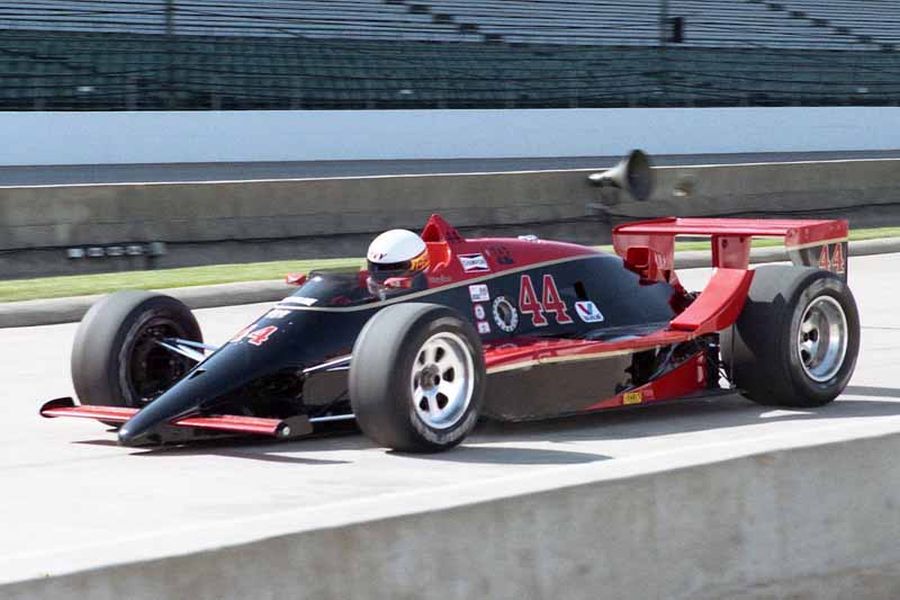 In 1987, Jones again made a switch in a career by joining AJ Foyt Enterprises in the CART PPG Indy Car World Series. He made a debut at Indianapolis 500, ending a race after 34 laps with a broken engine on his #44 March-Cosworth. Later in the season, he made four more starts with AJ Foyt's team, finishing best in the tenth place at Michigan.

Outside CART championship, Jones recorded two starts in the IMSA GTP Championship, including a race at West Palm Beach in which he was sharing a car with AJ Foyt himself. They finished fourth in the #1 Porsche 962. 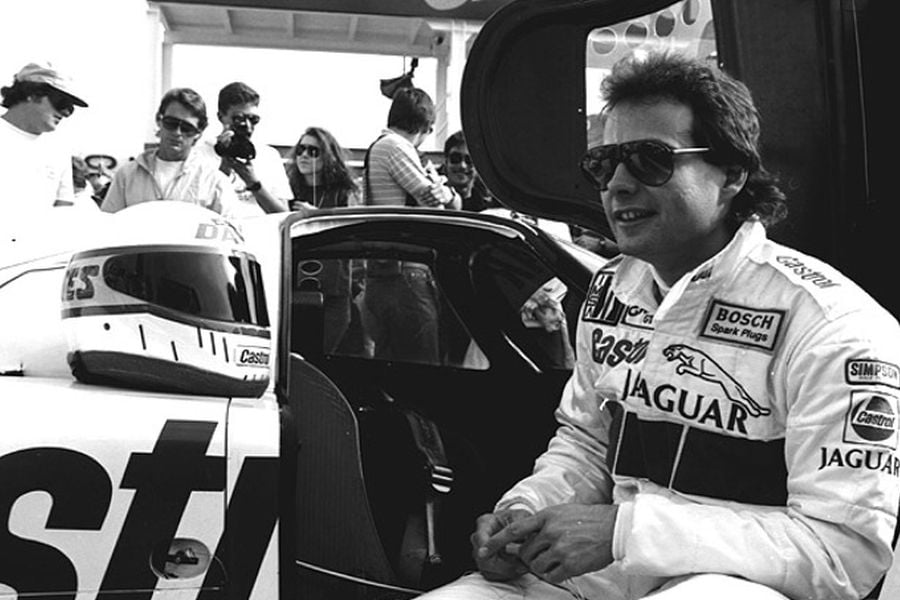 In 1988, Jones returned full-time to the IMSA GTP Championship, becoming a member of Castrol Jaguar Racing team. He raced in the #61 Jaguar XJR-9, scoring three podiums, all three with Jan Lammers as a co-driver. He also made a debut at 24 Hours of Le Mans, sharing a car with Danny Sullivan and Price Cobb. They were 16th.

In 1989, Jones recorded DNF at Le Mans and two podiums in the IMSA GTP Championship. In the same year, he drove for Euromotorsport at Indianapolis 500, finishing 15th. 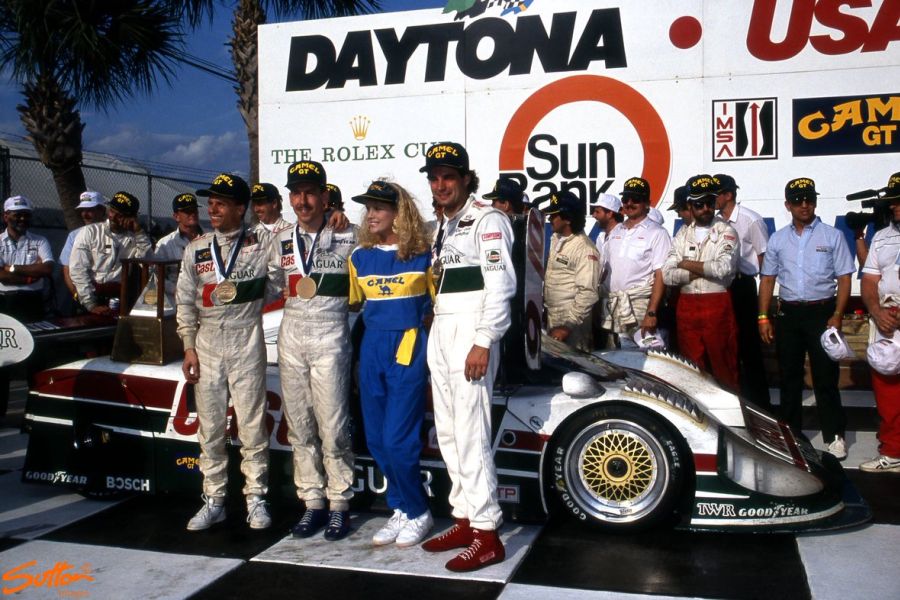 In 1990, Jones recorded the first great success with Jaguar by scoring two wins in the IMSA GTP Championship, including a win at Daytona 24 Hours. His partners in the #61 Jaguar XJR-12 at Daytona were Jan Lammers and Andy Wallace. The same crew finished third at Sebring 12 Hours. Davy Jones alone won a race at Portland in the #60 Jaguar XJR-10, finishing third in the championship points.

At Le Mans, he recorded one more DNF, together with Michel Ferte and Eliseo Salazar in the #4 Jaguar XJR-12. 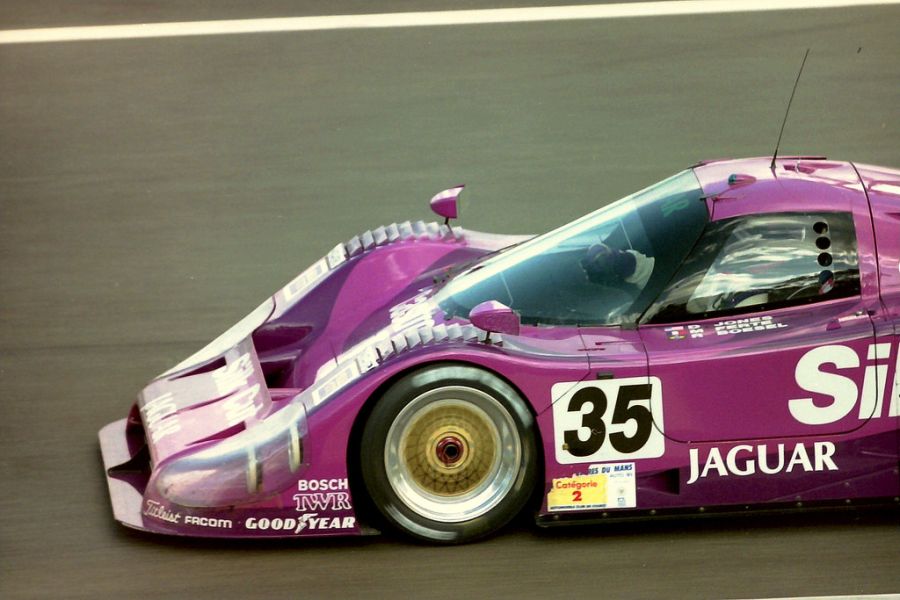 In 1991, his fourth season with Jaguar, Jones finally scored a good result at Le Mans 24 Hours. Sharing the #35 Silk Cut Jaguar XJR-12 with Raul Boesel and Michel Ferte, he finished in the second place, two laps behind Mazdaspeed's crew in the #55 Mazda 787B.

In the IMSA GTP Championship, Jones clinched five wins in 1991 but it was good enough for a just third place in the points, behind Nissan's drivers Geoff Brabham and Chip Robinson.

The best season for Jones in the IMSA GTP Championship was 1992. It was his last full-time season in the series. He finished as a runner-up, losing a title to Juan Manuel Fangio II. Jones was a race winner two times in the #2 Jaguar XJR-14, at Road Atlanta and Mid-Ohio.

At Daytona 24 Hours, he was on a podium after finishing second, together with David Brabham, Scott Pruett and Scott Goodyear in the #2 Jaguar XJR-12. 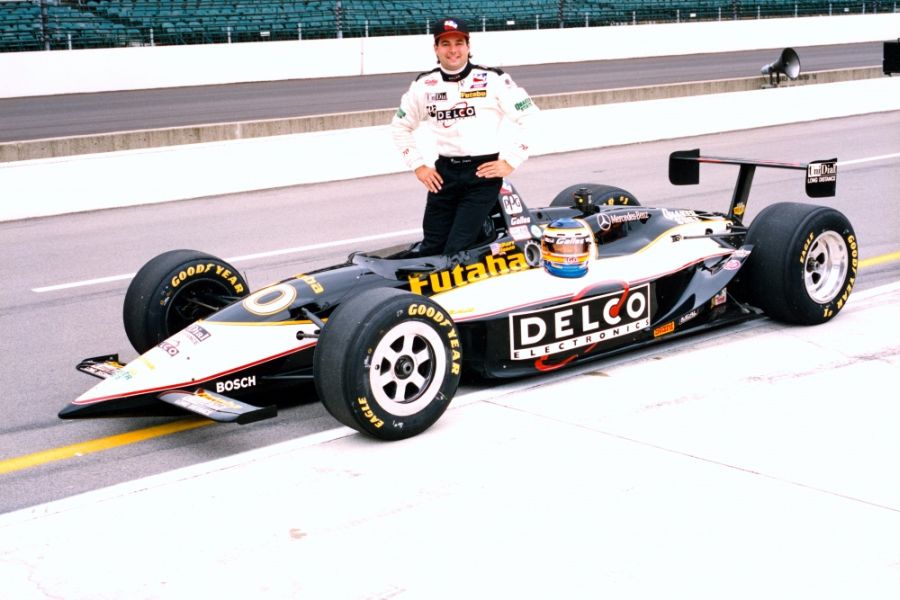 In 1993, Jones started a season in a Jaguar XJR-12 at Daytona 24 Hours, not finishing the race. It was his only race with Jaguar in the IMSA Championship. The season was marked by his Indianapolis 500 return. Jones was driving the #50 Lola-Chevrolet for Euromotorsport. He finished in the 15th place, three laps behind race winner Emerson Fittipaldi.

He was returning to Indianapolis 500 three more times. In 1994, his car was given to King Racing's teammate Scott Goodyear. In 1995, he was 23rd with Dick Simon Racing's Lola-Ford. And then, in 1996, Jones sensationally finished second at Indianapolis 500 in the #70 Lola-Mercedes of Galles Racing. He was leading for 46 laps during the race, losing by 0.695 seconds to Buddy Lazier. In 1996, Jones made five more starts with Galles Racing in the CART Championship but without notable results. 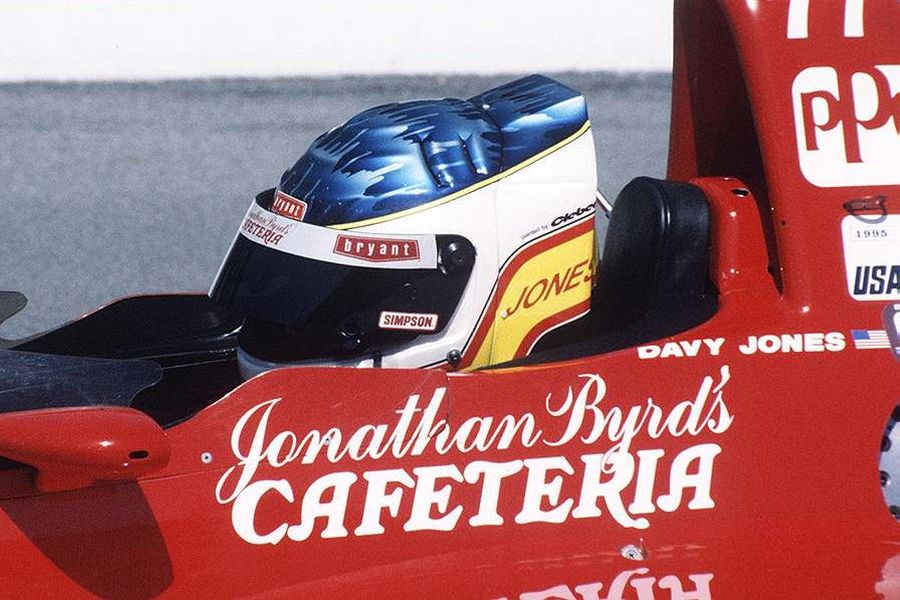 Gaining some NASCAR experience between 1993 and 1996

In August 1993, Jones made a NASCAR debut at Watkins Glen, driving the #77 Ford for Gray Racing but failing to qualify for the race. His second NASCAR attempt followed a year later at Indianapolis Motor Speedway but he failed to qualify for the Brickyard 400.

He finally made a start in the NASCAR Winston Cup Series in 1995 with Jasper Motorsports' #77 Ford, finishing 33rd at Daytona 500. Later in the season, he started in six races and failed to qualify for four races. In 1995, he also made one start in the NASCAR Truck Series. His last NASCAR attempt was in Truck Series race at Topeka in June 1996. 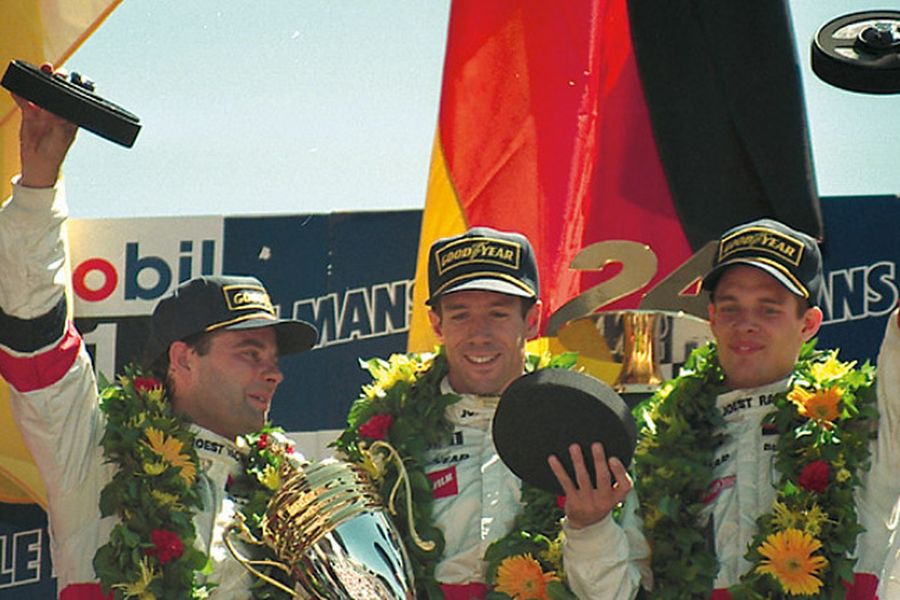 The season 1996 turned out to be one of the most successful in Davy Jones' career. Besides finishing on a podium at Indianapolis 500, he managed to win 24 Hours of Le Mans. He was invited to join Joest Racing in the #7 TWR Porsche WSC-95, alongside rookie Alexander Wurz and experienced Manuel Reuter.

They were not fastest on the track but avoided all problems and defeated Porsche factory crew in the #25 Porsche 911 GT1 by one lap.

In January 1997, Davy Jones joined Galles Racing to drive for the team in the IRL race at Walt Disney World Speedway but he suffered a severe neck injury in a practice crash. Thar injury forced him to brief retirement from racing.

He returned to the race track at Sebring 12 Hours in 1999 with CJ Motorsport's Porsche 911 GT2. In 2000, he recorded one more last attempt at Indianapolis, failing to qualify for the race with Team Coulson. 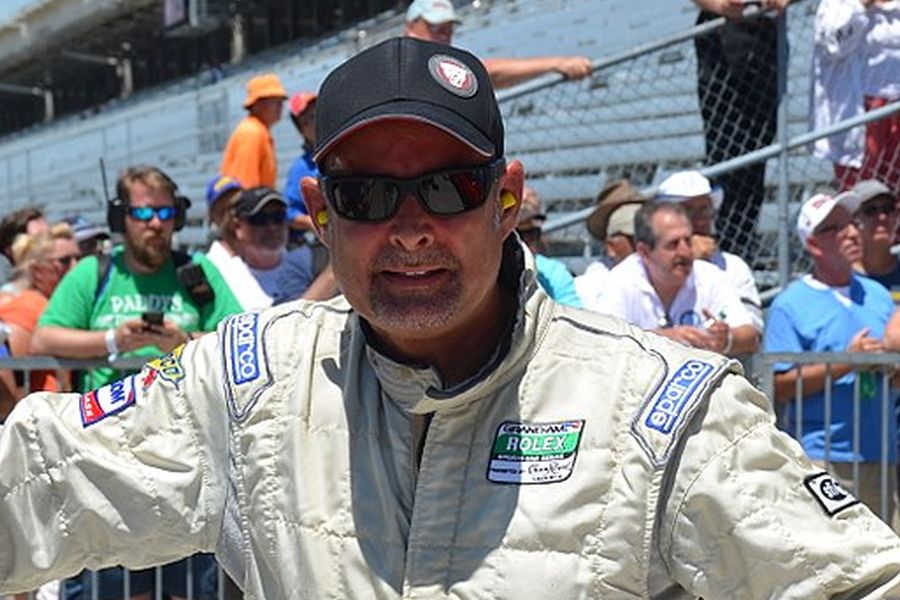