Rally Catalunya – two rallies for a prize of one

Rally Catalunya is the greatest rally event in Spain and the fixture in the World Rally Championship calendar since 1991. The first ever Rallye Catalunya was organized in 1957.

A Catalonian rally is a special event among WRC rallies because it offers two different surfaces during the same rally, the first day at the gravel and then two more days on asphalt.

The absolute record-holder with nine wins at Rally Catalunya is Sebastien Loeb, who won eight times in a row from 2005 to 2012 and then in 2018, all nine times with navigator Daniel Elena. In a pre-Loeb era, Spanish driver Antonio Zanini celebrated victories five times while four drivers scored two wins each in a WRC period: Carlos Sainz, Colin McRae, Didier Auriol and Gilles Panizzi. In the post-Loeb era, Sebastien Ogier recorded three wins. 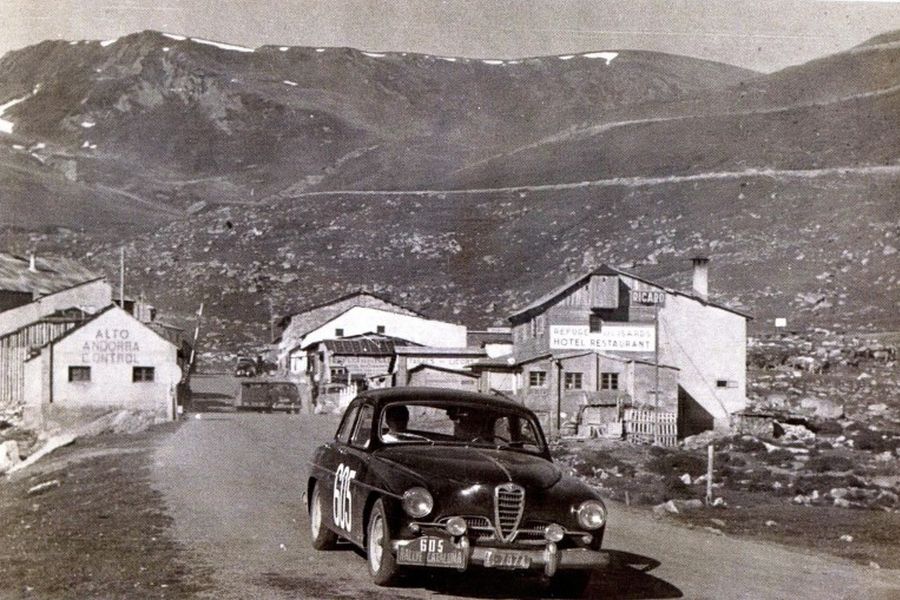 The inaugural Rallye Catalunya took place in Spain and France

The inaugural Rallye Catalunya was organized in June 1957 on the route Barcelona – Perpignan – Barcelona.

In 1973, the counting started again with the 9th Rally Catalunya. In that time, the rally was just a national event, counting for the Spanish Championship until 1979.

A merger with Rally Costa Brava in 1988

In 1988, the Rally Catalunya merged with Rally Costa Brava, which was a slightly older event (from 1953). The new rally was moved from October to February and it adopted the name Rallye Catalunya – Costa Brava. The winner of the 1988 event, with a base at Lloret de Mar, was Bruno Saby in a Lancia Delta HF 4WD.

The Rallye Catalunya – Costa Brava was organized two more times as ERC event in 1989 and 1990. The winners were Yves Loubet and Dario Cerrato, both in Lancia Deltas. 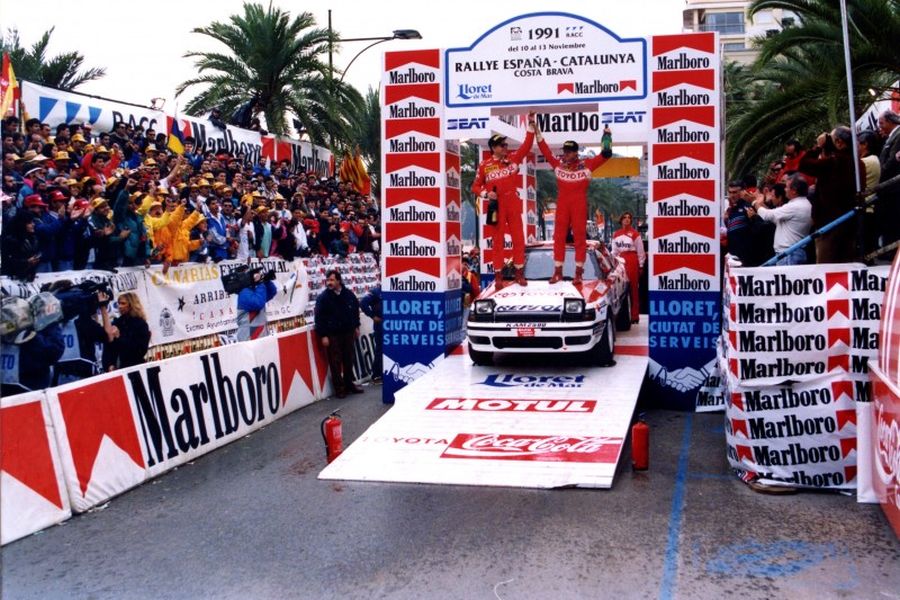 In 1991, the Catalonian rally became the round of the World Rally Championship for the first time, taking place in November under the name Rallye Espana – Catalunya Costa Brava. The first WRC winner in Catalunya was Armin Schwarz in a Toyota Celica GT-4.

The name of the rally was the same in 1992 when Carlos Sainz clinched a victory in a Toyota Celica Turbo 4WD. Juha Kankkunen was a runner-up for the second year in a row. 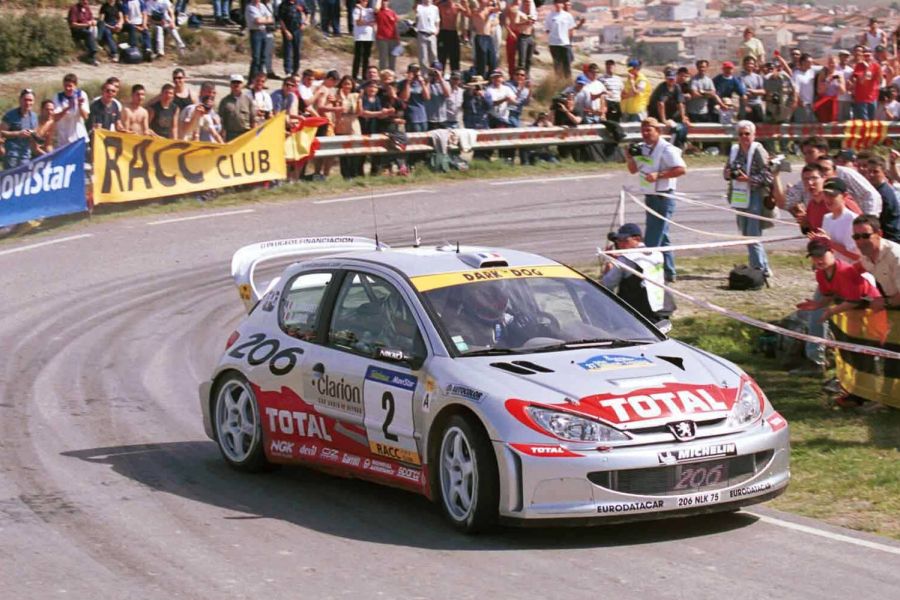 Rallying at Costa Brava until 2004

In 1993, the name was slightly changed to Rallye Catalunya – Costa Brava – Rallye de Espana. The winner was Francois Delecour in a Ford Escort RS Cosworth. In 1994, the event counted for the 2-Litre WRC category only, with Enrico Bertone taking a victory in a Toyota Celica Turbo 4WD. 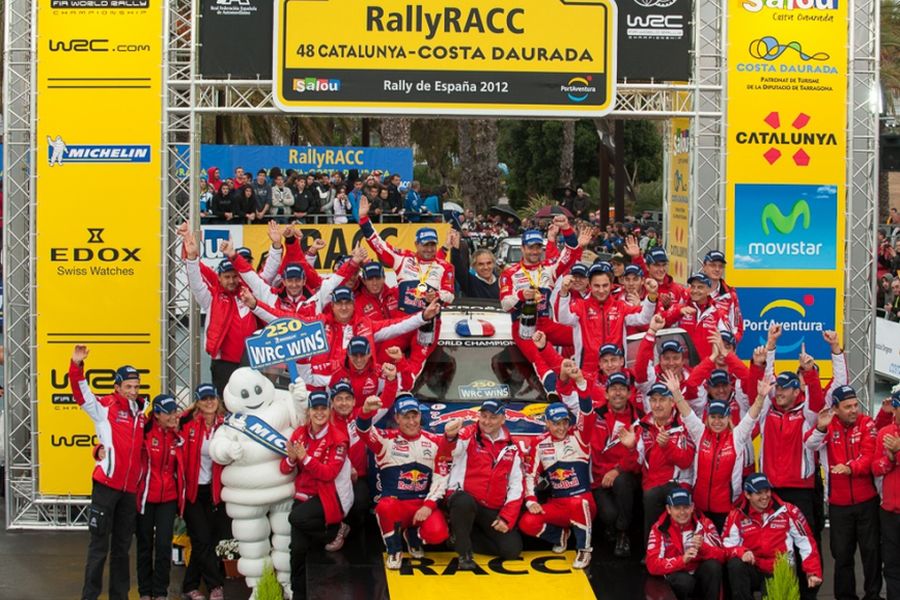 In 2005, a new chapter in Rally Catalunya’s history was opened when the event moved its base to Costa Daurada, also changing a name to RallyRACC Catalunya – Costa Daurada. Sebastien Loeb, who won WRC title in 2004 without winning in Catalunya (DNF), scored his first Catalonian victory in October 2005.

It was just a beginning of the unprecedented domination which resulted in eight consecutive victories with three different Citroen rally cars (Xsara, C4 and DS3). In all those eight wins Loeb’s co-driver was Daniel Elena. In six of eight Loeb’s wins it was a 1-2 triumph for Citroen and Spanish driver Dani Sordo was four times on a podium next to Loeb.

Three wins for Sebastien Ogier in a post-Loeb era

When Sebastien Loeb retired from full-time rallying in 2013, skipping Catalunya, another Sebastien started his domination. Sebastien Ogier won the 2013 Rally Catalunya in a Volkswagen Polo R WRC, repeating the same two more times in 2014 and 2016.

In 2015, Ogier crashed on the last stage while leading, handing a victory to Volkswagen Motorsport teammate Andreas Mikkelsen. 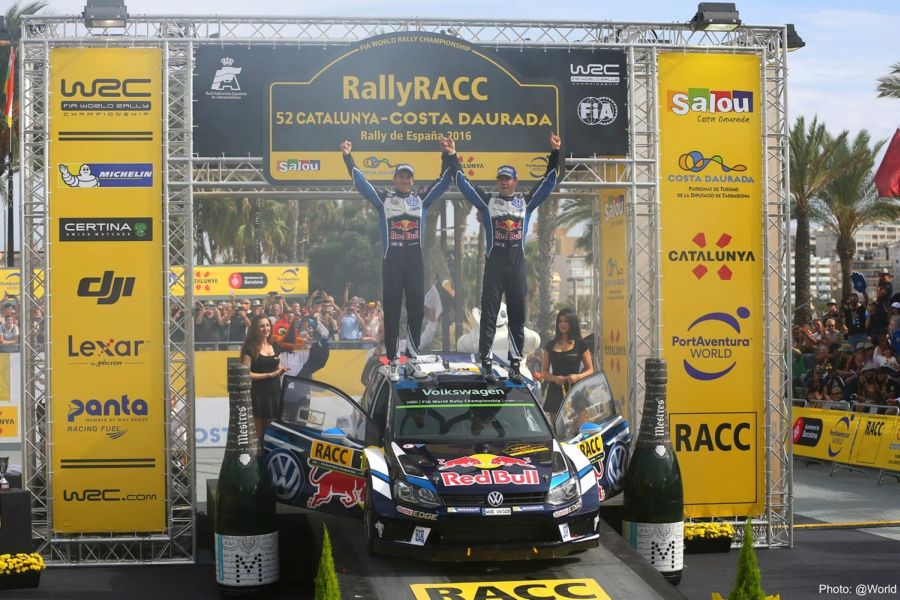 Sebastien Ogier and Julien Ingrassia are celebrating victory in 2016

In 2017, a new era in WRC started with stronger and faster World Rally Cars. The winner of that year’s Rally Catalunya was Kris Meeke in a Citroen C3 WRC.

The 2018 Rally Catalunya will have a special place in rally history books as the event which gathers three world champions against each other. Sebastien Ogier was a regular driver in the championship, Sebastien Loeb came to Catalunya as a part of his three-event WRC programme while Petter Solberg recorded a one-off WRC comeback with Volkswagen Motorsport’s brand-new Polo GTI R5. Seb Loeb and Daniel Elena won the event, taking their ninth win.