The rally version of Toyota Celica GT-Four (or GT-4) is the most successful Japanese rally car in a history and one of Top 10 rally cars of all time, with six World Rally Championship titles on its account. Four drivers’ titles were captured by three drivers: Carlos Sainz (1990 and 1992), Juha Kankkunen (1993) and Didier Auriol (1994). The remaining two were manufacturers’ titles in 1993 and 1994.

Celica GT-Four debuted in the WRC in 1988 and remained in use until 1997 when the new Toyota Corolla WRC was introduced. In that period, Celica and its three versions (ST165, ST185, ST205) scored 30 WRC victories, driven by nine different drivers. 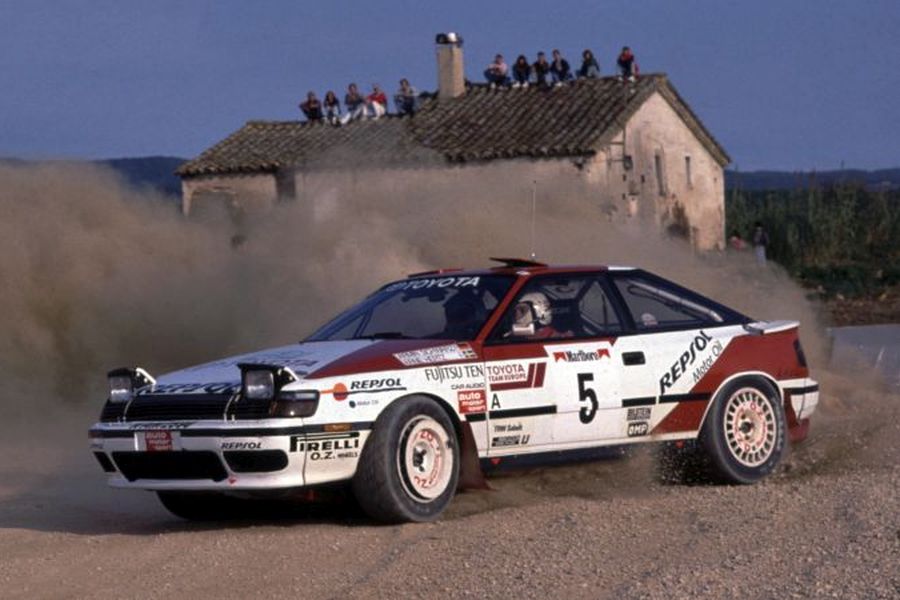 The first evolution of the Celica GT-Four

The racing version of GT-Four came from Germany

The Celica GT-Four was based on the Celica Liftback three-door car which was introduced in 1986. The first generation of Celica GT-Four was marked ST165. While the road-legal cars were produced in a Japanese factory, the racing version came out from Toyota Team Europe’s factory in Cologne, Germany.

GT-Four featured, as its name said, the full-time all-wheel-drive system and it was powered by the turbocharged 3S-GTE 1998ccm engine. The standard power output of 182 hp was increased to 265 hp. There were many innovative features in the design and engineering of the GT-Four, including a Xtrac six-speed transmission. 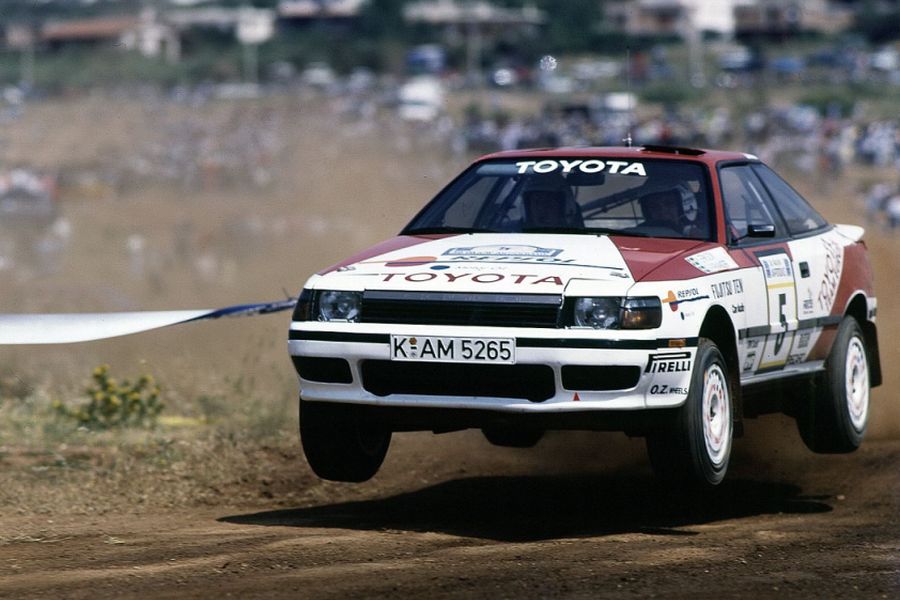 The race car was developed from scratch to meet the new Group A regulations, introduced for the 1988 season, but a delay in homologation caused that Celica had its debut in the fifth WRC event of the season, at 1988 Tour de Corse.

Kenneth Eriksson finished in the 6th place in Celica’s debut event, with Juha Kankkunen retiring because of engine problems. Bjorn Waldegard was the first who claimed a podium with Celica, finishing third at 1988 Lombard RAC Rally.

During the 1989 WRC season, Eriksson, Kankkunen and Carlos Sainz scored one podium each before Kankkunen scored maiden WRC victory for Celica GT-Four at 1989 Rally Australia in September. In a fact, it was a 1-2 victory for Toyota, as Eriksson finished in the second place. 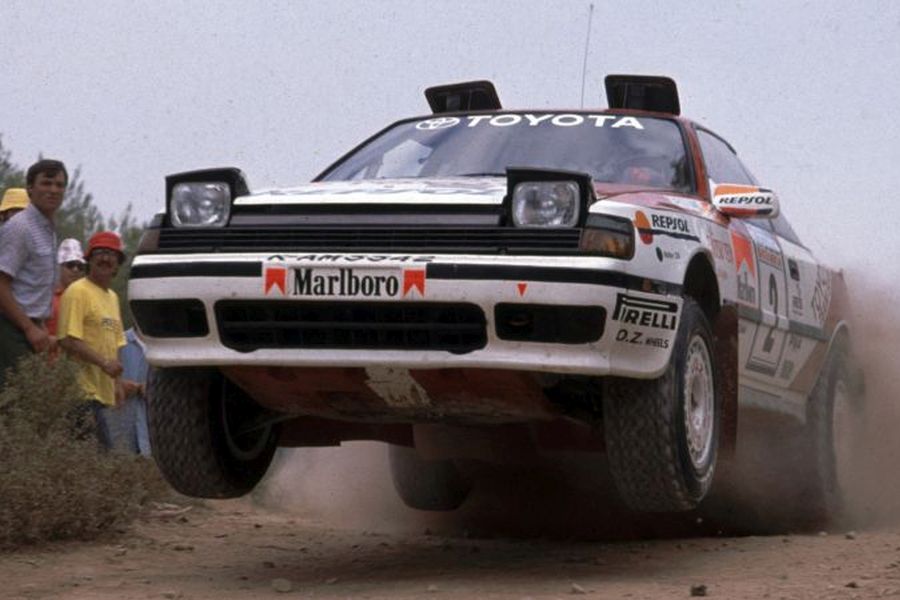 Carlos Sainz was the 1990 WRC champion with Celica

It was just a glimpse of what followed in the 1990 WRC season. Carlos Sainz and his co-driver Luis Moya were the most dominant pair, with four wins and five more podiums for Celica GT-Four ST165. Sainz was a winner in Greece, New Zealand, Finland and Great Britain, dominantly taking a title ahead of three Lancia drivers (Didier Auriol, Juha Kankkunen and Miki Biasion). Beside Sainz, Bjorn Waldegard scored one victory for Toyota, at Safari Rally in Kenya.

In 1991, Carlos Sainz was even more successful, scoring five wins with an ST165 version of Celica GT-Four, but he lost a title to Juha Kankkunen by seven points. A decisive was the last event, the RAC Rally, where Kankkunen scored a victory while Sainz was third. One more driver except Sainz, it was Armin Schwarz, scored a victory for Toyota. He won at 1991 Rally Catalunya. 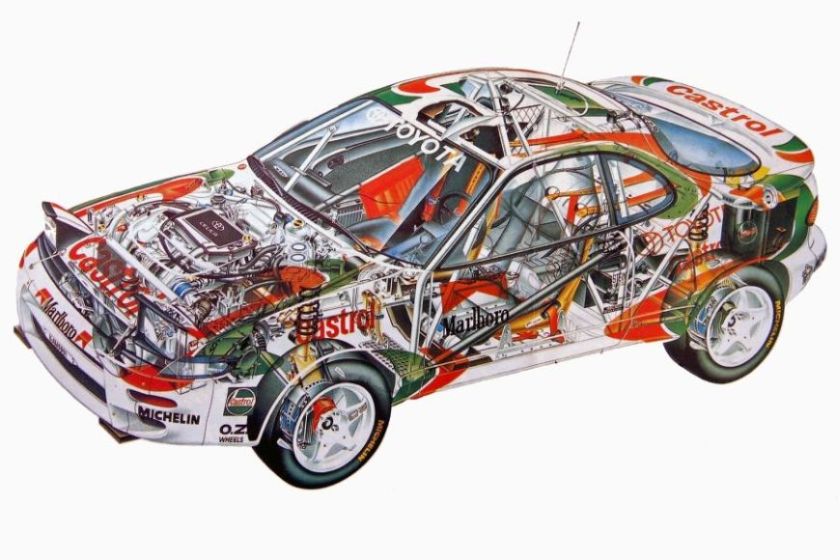 Second title for Sainz with ST185 version of GT-Four

In 1992, Carlos Sainz was the winner four times and it was enough for his second world title, beating Juha Kankkunen by ten points. The title-winning car in 1992 was a new generation of Celica GT-Four, marked as ST185.

The production version of ST185 appeared in 1989 but the racing version debuted in 1992. The car featured a new generation of 2.0-litre 3S-GTE engine, which produced from 205 to 235 hp in a production car (depending on a market). 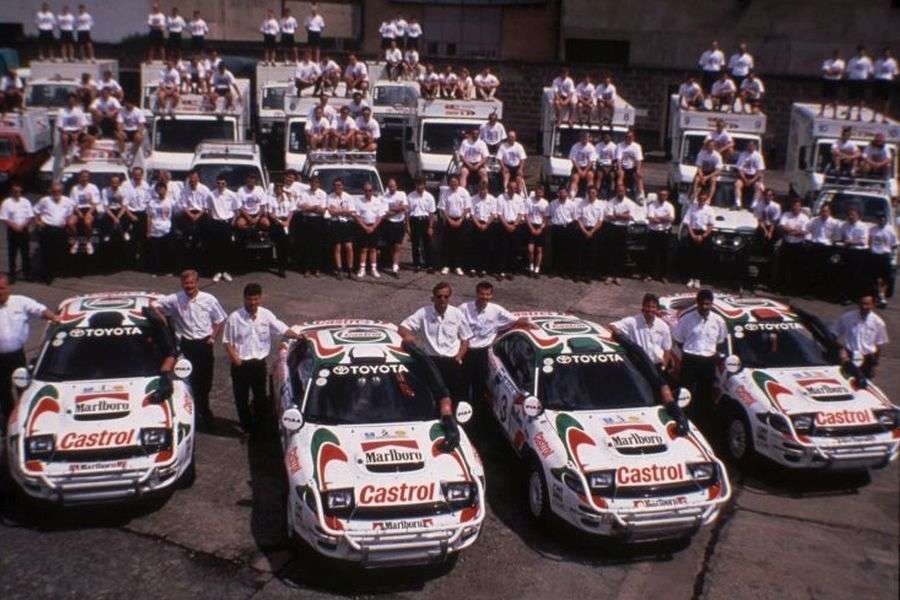 1993 – the first ever manufacturers’ title for Japanese car

With two drivers on the top, Toyota finally scored its first championship title among manufacturers and the first ever for a Japanese manufacturer. It was a start of Japanese era in the World Rally Championship because Toyota, Subaru and Mitsubishi scored seven consecutive titles from 1993 to 1999. 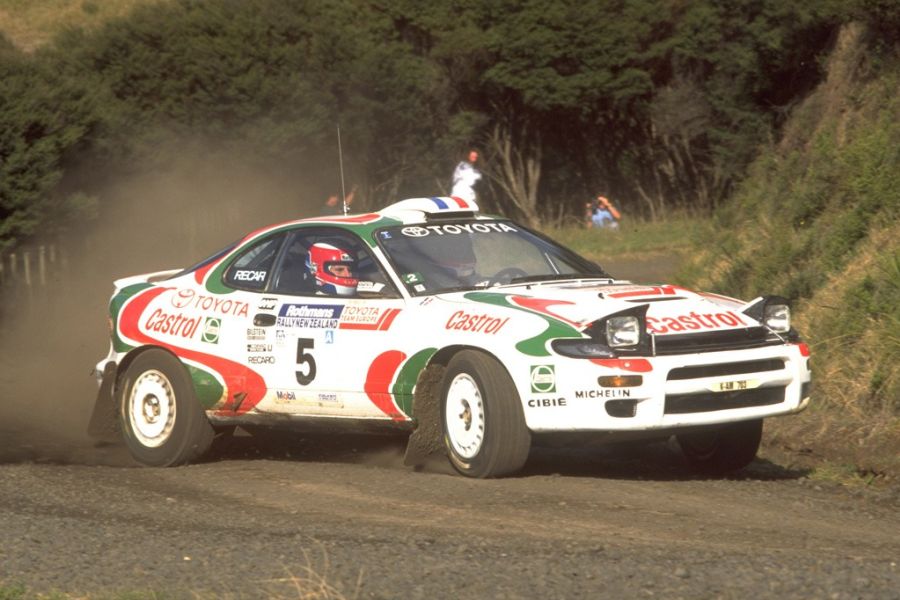 Didier Auriol was 1994 champion with Celica

Toyota defended both titles in 1994

Toyota Castrol Team defended its title in 1994, with three wins for Didier Auriol and one victory for Juha Kankkunen. Auriol clinched his only world’s title ahead of Subaru’s Carlos Sainz. Kankkunen finished third in the points. In addition to Auriol and Kankkunen, the Kenyan driver Ian Duncan scored one victory for Toyota, at his home event Safari Rally.

The third version of Celica GT-Four, marked as ST205, had its competitive WRC debut on the last event of 1994 season, at Network Q RAC Rally, where Kankkunen finished in the second place. 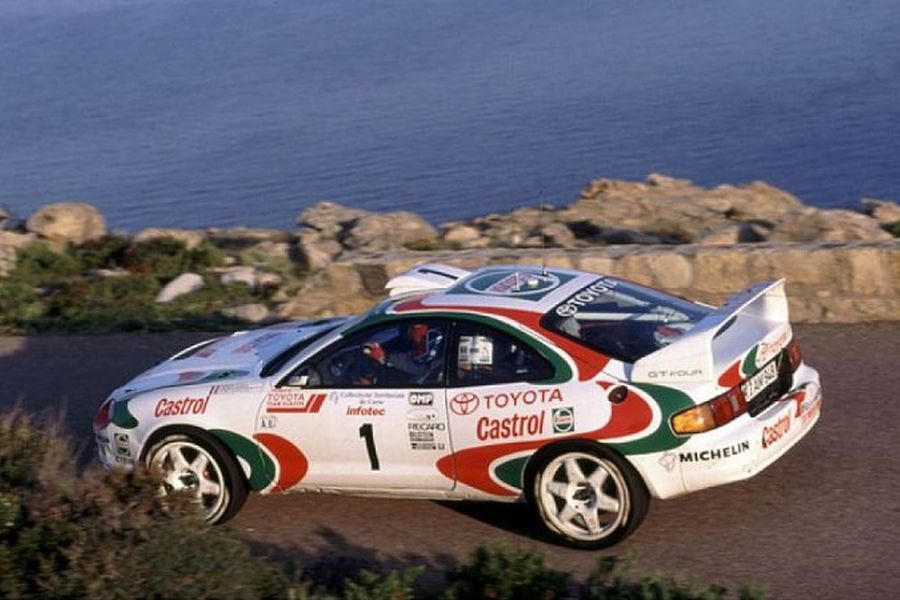 The ST205 version featured the third generation of 3S-GTE engine and had some improvements such as an all-aluminum hood to save weight, four-channel ABS, an improved CT20B twin entry turbocharger and Super Strut Suspension. Toyota was the first to introduce the anti-lag system (ALS) in the ST205 model, a technological breakthrough that was later adopted by other teams.

One victory for ST205 in the most controversial WRC season

Unfortunately, the competitive record of ST205 version started with the most controversial season in the history of WRC. At 1995 Rally Catalunya, the seventh event of the season, Toyota was caught using illegal turbo restrictors, which FIA president Max Mosley called “the most sophisticated device I’ve ever seen in 30 years of motorsports.”

The team was given a one-year ban by the FIA. Three official drivers (Juha Kankkunen, Didier Auriol and Armin Schwarz) were stripped of all points in the championships. Prior to that event, Kankkunen scored four podiums and he was in the title fight against Subaru’s Carlos Sainz and Colin McRae. The only victory for ST205 was scored by Didier Auriol at Tour de Corse. It was also the last WRC victory for Celica GT-Four. 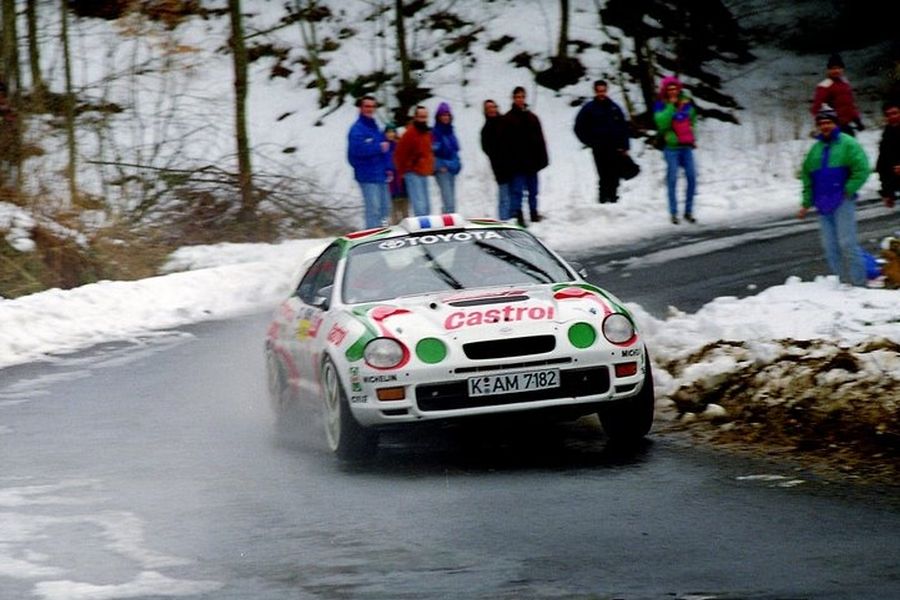 In 1995 and following years, many privateers were using various versions of Celica, gaining some championship titles. Enrico Bertone was the 1995 European Rally Champion with ST185, a year later Armin Schwarz became the European champion with ST205.

In 1997, Toyota Castrol Team returned to the championship with Toyota Corolla WRC, running a new car for the first time at Rally Finland in August. Prior to that, Freddy Loix reached the last WRC podium for Celica GT-Four, finishing second at Rallye de Portugal. In 1998, privateers were still using Celica alongside factory-entered Corolla WRC but nobody was close to the podium.