Is Darlington Raceway Really Too Tough to Tame?

Darlington Raceway is one of the oldest race tracks that hosts NASCAR events. The 1.366-mile oval near Darlington, South Carolina, was opened in 1950 and the inaugural race (Southern 500) was the biggest stock car racing event before the Daytona International Speedway was opened in 1959. Because of such a glorious history, the Darlington Raceway is advertised as „a NASCAR Tradition“. The other nicknames of the track are „The Lady in Black“ or „The Track Too Tough to Tame“. 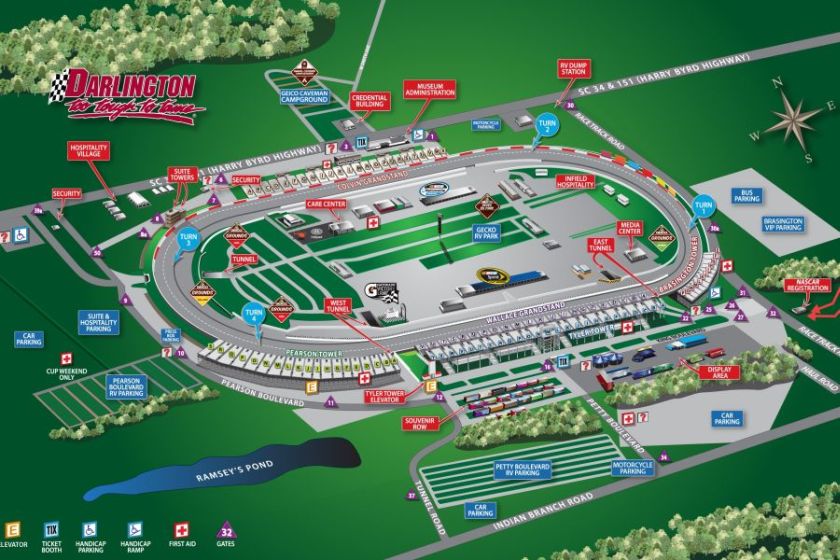 A former racer wanted something like Indy 500 in South Carolina

The story about Darlington’s race track began with the retired racer Harold Brasington, who left racing in the late 1940s to focus on farming and construction business. He was impressed by the large crowd he saw at the Indianapolis 500 race and he wanted something like that in South Carolina, so he began planning a new speedway near Darlington.

Fish pond caused an egg-shaped form of the track

Brasington bought a land from the farmer Sherman Ramsey but promised him that the new race track wouldn’t disturb Ramsey’s fish pond at the west side of the property. Because of that, Brasington designed an egg-shaped oval track with corners 1 and 2 tighter than turns 3 and 4. The track’s first two turns are banked at 23 degrees, while the final two turns are banked at 25 degrees. The original oval track, whose construction lasted almost a year, was 1.250 miles long. 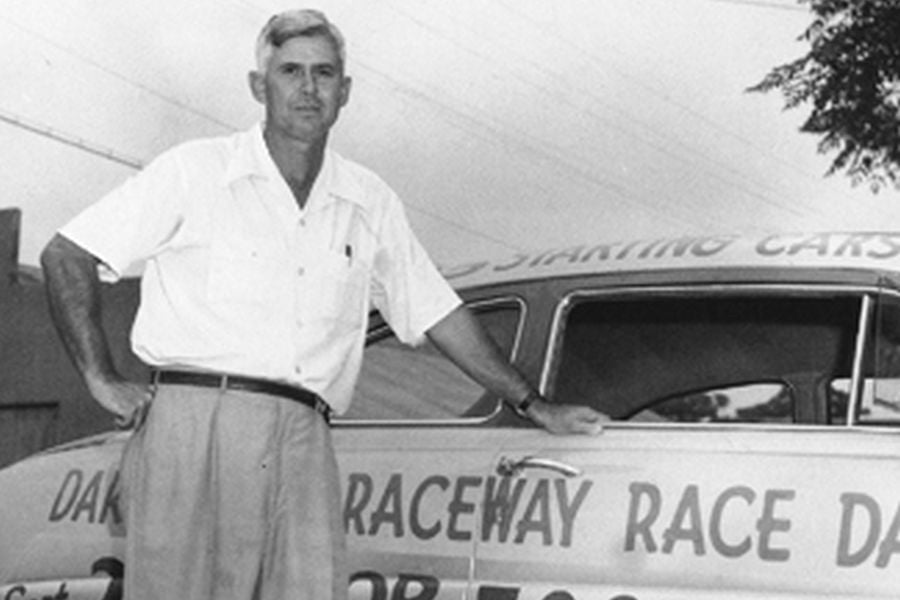 75 drivers in the inaugural race at Darlington Raceway

Brasington made a deal with the NASCAR founder Bill France Sr. to put Darlington Raceway into the calendar of the inaugural Grand National Series season. The first race, Southern 500, took place on September 4, 1950. Prior to the race, the 2-week qualifying scheme was used, similar to the one used for Indianapolis 500. Eighty entrants participated in qualifying, 75 of them filled up the starting grid in 25 rows of three cars.

In front of 25,000 spectators, Johnny Mantz was the winner of the 400-lap 500-mile race. His win was remembered as one of the most unusual ever, as he started last on the grid with durable truck tires. After more than six hours of racing, he won the race without a tire-change, while all the others had big problems with tires and many of them retired. 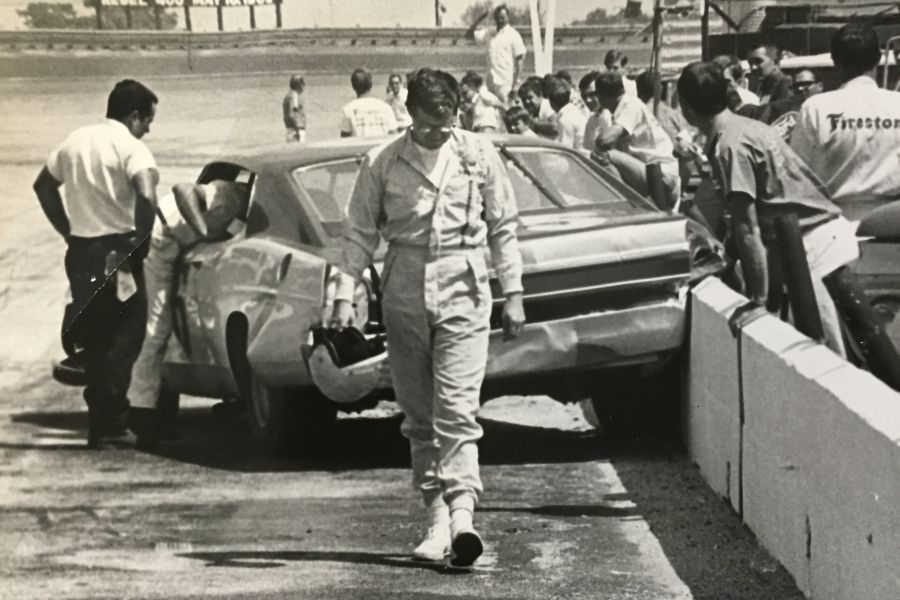 Hundreds of drivers met the walls at Darlington Raceway

The greatest NASCAR race until Daytona 500 in 1959

The Southern 500 race became the biggest NASCAR event until Daytona International Speedway was opened and Daytona 500 was held in 1959. The Southern 500 remained the oldest superspeedway race and is considered to be one of Crown Jewels of the NASCAR calendar, together with races at Daytona, Talladega and Charlotte.

Turns were renumbered in 1997

In 1953, the turns 3 and 4 were slightly modified and the track was lengthened to 1.366 miles, which is its length today. The major change on the track layout happened in 1997, when the front stretch became the back stretch and the turns were renumbered, so the wider turns 3 and 4 became the turns 1 and 2. In 2003, the lights were installed to allow night racing. During the years, the seating capacity has been increased to approximately 65,000 places. 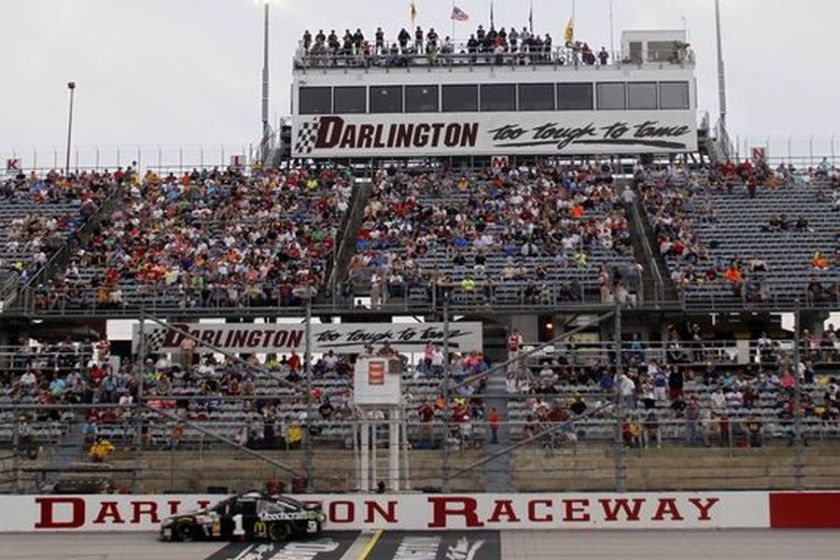 The origin of nicknames

Darlington got the nickname „The Lady in Black“ from the track’s painted white walls that become black during the race from all the cars that crash or scrape against them. Darlington Raceway is also known as „The Track Too Tough to Tame” because of a simple reason – many drivers didn’t succeed to tame its turns and ended up hitting the walls.

The NASCAR Busch Series came to Darlington in 1982 with the TranSouth 200 race. Since then, Busch Series (later Nationwide Series and now Xfinity Series) had regular annual events at the Darlington Raceway. 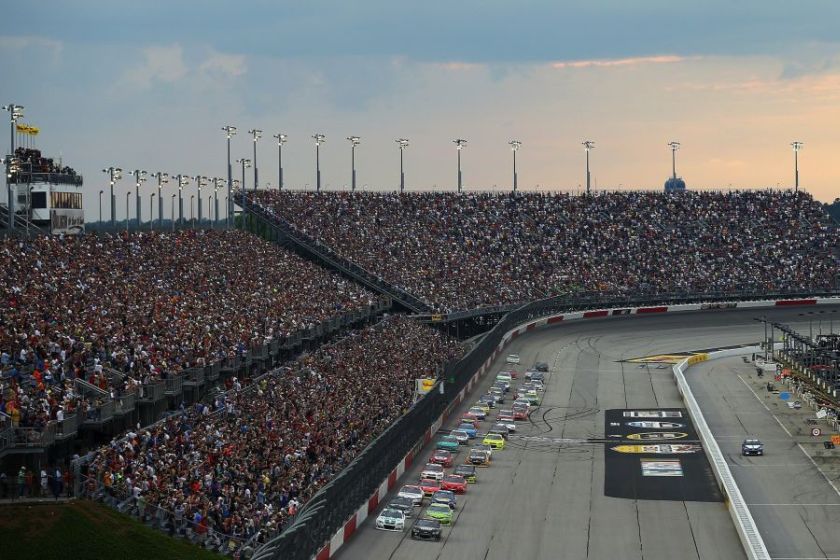 Start of the Sprint Cup Series race in 2013

Exhibits include race car history, memorabilia and classic cars, including ones driven at Darlington by famous drivers, such as the 1950 Plymouth that Johnny Mantz drove in the first ever Southern 500 race at Darlington. The museum also features the National Motorsports Press Association (NMPA) Hall of Fame. 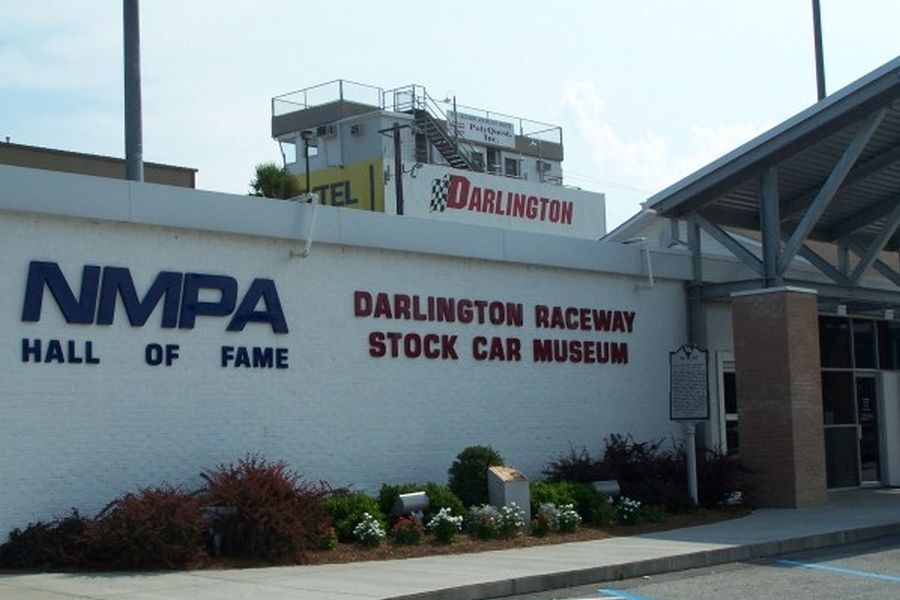 A museum is located in Darlington since 1965

Richard Petty showed up for the race 65 times at Darlington

When talking about records, the absolute record holder with 10 wins is David Pearson, who also recorded most poles at Darlington (twelve). Other multiple winners were Dale Earnhardt (nine wins), Jeff Gordon (7), Cale Yarborough, Bobby Allison, Bill Elliott and Darrell Waltrip with five wins. In the Xfinity Series, Denny Hamlin is the record holder with four wins. 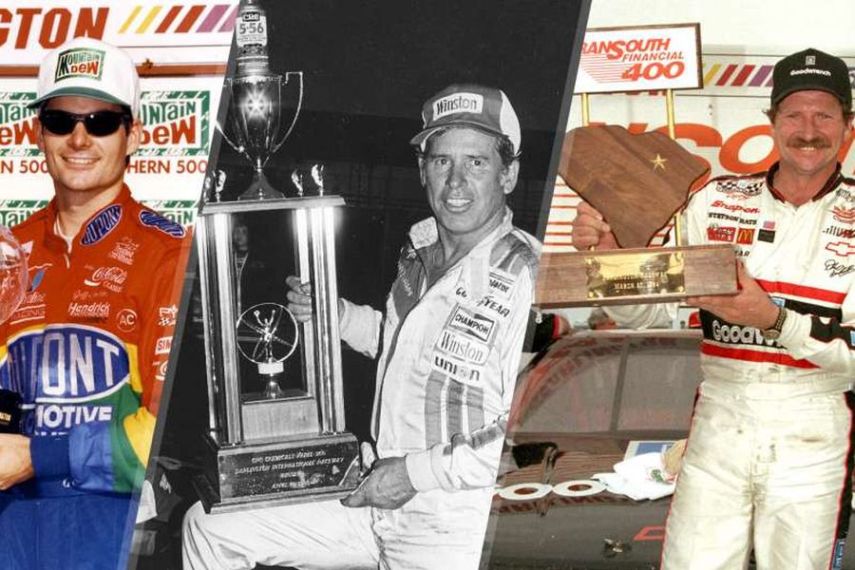 Many big wrecks and only one fatal crash

Darlington Raceway saw many major accidents and big wreck, but fortunately, only one was fatal. It happened in 1960, when Bobby Johns crashed into the pit wall, killing the car owner, mechanic, the NASCAR official and injured few more people. The broken wall caused safety improvements for future events and fatal accidents hadn’t happened ever since at Darlington.

The last track upgrade in 2007, worth $10 million, converted the classic race track into the ultra-modern facility that now proudly bears its name „a NASCAR Tradition“.