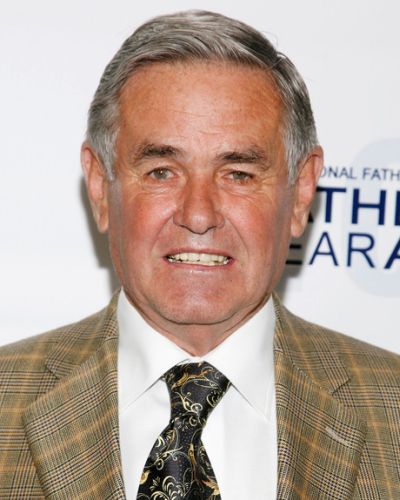 On the list of the greatest race car drivers in the American motorsport history, Al Unser definitely deserves the place at the top. The three-time Champ/Indy Car champion (in 1970, 1983 and 1985), who scored 39 wins in 322 races between 1965 and 1993, is one of just three drivers who won the Indianapolis 500 four times (the other two are AJ Foyt and Rick Mears).

Al Unser is a member of the famous Unser racing dynasty, which collected a total of nine victories at the Indianapolis 500 because his brother Bobby Unser has won three times and his son Al Unser Jr triumphed two times. Other racers in the family were Al's father Jerry, two uncles Louis and Joe, Al's oldest brother Jerry Jr., Al's nephews Johnny and Robby and Al's grandson Al Unser III.

The most successful of ten Unser racers

In total, ten Unsers left their mark in the American motorsport history. Alfred 'Al' Unser was born on May 29th, 1939, in Albuquerque, New Mexico.  As his father Jerry and uncle Louis were race car drivers in that time (the other uncle Joe was killed in an accident in 1929), the young Al had a few role models in a family and he was interested in racing as a teenager.

Al Unser started racing at the age of 18, entering roadster, sprint car, and midget races. He debuted in the USAC National Championship in 1964, at Milwaukee Mile. He was driving the Troutman-Offenhauser to 23rd place finish, three places behind his older brother Bobby.

In 1965, Al Unser entered 13 of 26 races in the USAC National Championship, including his first participation at Indianapolis 500. Driving the Lola-Ford for Ansted-Thompson Racing,  Unser finished ninth in his debut at Indianapolis Motor Speedway. Later in his rookie season, Al grabbed his first USAC victory at Pikes Peak hillclimb race, beating his brother Bobby, who finished second.

In 1966 and 1967, Al didn't win any race but he finished second at 1967 Indianapolis 500, behind AJ Foyt. In 1968, Al Unser shined and became one of the championship contenders. After five victories he finished third in the 1968 USAC championship. In 1969, he repeated five wins and climbed to the second place in the championship. During those two seasons, he had three attempts in the NASCAR Grand National, driving at Riverside both years and at Daytona in 1968.

First USAC title and Indy 500 victory in the same year

And then the season 1970 came, in which Al Unser conquered both championship and Indianapolis 500 race. His Johny Lightning #2 car was victorious at 10 of 18 races, which remained his career-best results for victories in one season. At 1970 Indianapolis, he led for 190 of 200 laps and took his first victory, ahead of Mark Donohue.

Another Indy 500 victory followed in the next season. He started from fifth, led for 103 laps and won ahead of Peter Revson. In the USAC championship, Al Unser won five of 12 races to finish fourth in the points.

Al Unser was close to his third consecutive Indy 500 victory in 1972, but Mark Donohue was faster and Unser finished second. In the championship, he was without wins for the first time since 1967, but he again finished fourth in the points, in the same position as the year before when he scored five wins.

In the following years, Al Unser wasn't the candidate for the title in the USAC National championship. On the other side, he had good results in the SCCA/USAC F5000 championship, finishing third in 1975 and second in 1976. In both seasons, the champion was Brian Redman.

He was back on the top of the USAC Champ Car Series in 1977, finishing second in the championship, behind Tom Sneva. In 1978, Al Unser repeated the second place in the championship, again behind Tom Sneva, but he triumphed for the third time at Indianapolis 500. The victorious car was the #2 Chaparral Racing's Lola-Cosworth. Unser started fifth on the grid, led for 121 laps and won ahead of pole-sitter Tom Sneva. In 1978, Unser was also the winner of the annual Race of Champions.

In 1979, the first season in the CART (Championship Auto Racing Teams) era, Al Unser stayed with Chaparral Cars and finished fifth in the inaugural SCCA/CART Indy Car World Series, with just one victory in the season-closing race at Phoenix International Raceway.

In the next three seasons, from 1980 to 1982, Unser was driving for the Longhorn Racing. Without victories, his best result was 7th place in 1982 standings.

In 1983, Al Unser joined Penske and won the title

In 1983, the milestone change followed, as Al Unser joined Team Penske. That cooperation lasted for next ten seasons and resulted in two Indy Car titles and one more Indianapolis 500 victory. In his first season with Penske, Unser won the championship with one victory and five more podiums in 13 races, with just five points advantage ahead of Teo Fabi. At 1983 Indianapolis 500, Unser finished second, behind Tom Sneva, who finally reached his maiden Indy 500 victory after he was second three times.

The race was remembered by an unusual and controversial situation. Al Unser was leading ahead of Tom Sneva. Al's son Al Unser Jr. was several laps down, but he was running right behind his father and was blocking Sneva's attempts to overpass the leader. Sneva finally slipped by both Unsers and took his long-awaited first Indy 500 victory.

One more title in a close fight against his own son

The next season wasn't successful, as Unser finished ninth in the 1984 championship standings, scoring just two podiums, including third place at Indianapolis 500. In 1985, Al again won the championship and again just one victory was enough. He won at Phoenix and added five more podiums to win his second Indy Car title with an incredible gap of just one point ahead of his son Al Unser Jr.

The Indy Car title wasn't the only one which Al Unser had won in 1985 because he scored a sensational win at 24 hours of Daytona in February. Al partnered AJ Foyt, Bob Wollek and Thierry Boutsen in the #8 Porsche 962 of Henn's Swap Shop Racing. Later that year Unser scored one more victory driving the Porsche 962, together with Al Holbert and Derek Bell in the Mid-Ohio 500-km race.

After he won his second Indy Car title, at the age of 46, Al Unser continued to race on the part-time basis. In 1986, he participated in five races of the Indy Car World Series, retiring four times, including the retirement at Indianapolis 500.

He participated also in two races of the IMSA GTP Championship, driving the Porsche 962 for Holbert Racing. In one race, at Columbus 500km, Al shared the car with his son. In 1986, Unser also entered two races of the NASCAR Winston Cup Series, driving for Buddy Baker and Dingman Brothers at Watkins Glen and Riverside.

In 1987, Al Unser returned to Daytona International Speedway to compete in the 24-hour endurance race alongside AJ Foyt and Danny Sullivan, in the Foyt's Porsche 962. They were classified as fourth, although didn't finish the race due to engine failure.

And then the 1987 Indianapolis 500 race came. Al Unser won for the fourth time and became the oldest Indy 500 winner, breaking the previous record of his brother Bobby. The story about Al Unser's fourth victory is like a movie scenario. He wasn't  even in contention to race because Team Penske entered with Rick Mears, Danny Ongais and Danny Sullivan as drivers.

Ongais crashed during the practice and was declared unfit to drive due to serious injuries. Penske called Al Unser to replace Ongais. The team didn't trust the new Penske PC16 car fitted with new Chevrolet-Ilmor, so Unser jumped into the backup car, the March-Cosworth which had won the previous four Indy 500s. The car was removed from a display at a Sheraton hotel in the Penske's hometown of Reading, Pennsylvania and brought to the track.

In the #25 car, Al Unser started 20th on the grid. Lap by lap he was progressing and at the end he crossed the finish line with 4.5sec gap ahead of Roberto Guerrero. Al scored his fourth Indy 500 victory only five days before his 48th birthday.

After a sensational victory at Indianapolis, Unser competed in two more races for Team Penske and two races for Vince Granatelli and Al Holbert's Porsche team. The only notable result was the second place at Michigan International Speedway in the Penske's car.

In 1990, Team Penske was reorganized and there was no more place for veteran Al Unser. He joined Patrick Racing for 1990 Indianapolis 500 and finished 13th in the race won by Arie Luyendyk. Later in the season, Unser crashed during a practice run at Michigan and broke his leg, so the season was over for him.

The season 1991 started with Unser's return to Daytona. His co-drivers in the #0 Jochen Dauer's Porsche 962 were three more Unsers – Bobby, Robby and Al Junior. They didn't finish the race because of the accident.

It was Al Unser's last attempt at Daytona and his last sportscar race in a career. In the Indy Car racing, he participated two more times at Indianapolis 500 (in 1992 and 1993) and in the non-championship 1992 Marlboro Challenge at Nazareth. Unser took sensational third place in the 1992 Indianapolis 500, driving for Team Menard. The winner of the race was Al Unser Jr, for the first time in a career.

Al Unser Sr competed last time at Indianapolis Motor Speedway in 1993, driving for King Racing and finishing 12th. Next year, at 1994 Indianapolis 500, the 55-year-old Al Unser failed to qualify and it was the effective end of his career.

Unser Racing Museum - a must-see place for all race fans

Unlike some other Indy Car living legends, Al Unser never had his own team. After the retirement, he remained active as a driver coach and consultant, also attending the classic events and visiting major motorsports events in America, especially Indianapolis 500. The man who was inducted into the Motorsports Hall of the Fame of America in 1991 and to the International Motorsports Hall of the Fame in 1998, also has his own hall of fame, in a fact, he has a whole building. Al Unser and his family are owning and operating the Unser Racing Museum in his hometown Albuquerque, the place which every racing fan have to visit.