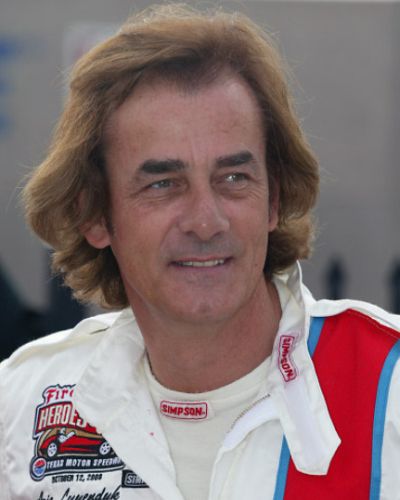 Arie Luyendyk, also known as the Flying Dutchman, is a former racing driver from Netherlands who spent an almost entire career in the North American open-wheel competitions, debuting in 1984 and being active till 2003.

Arie Luijendijk was born in Sommelsdijk at the Goeree-Overflakkee island in South Holland. He started racing in the early 1970s, being successful in different single-seater competitions, including Formula Super Vee and Formula 3. In 1979, he even tested F1 car for McLaren. He recorded first races in the USA in 1980, entering the Formula Super Vee. He won the title in that competition in 1984.

In 1984, Luyendyk also debuted in the CART PPG Indy Car World Series, driving the #16 March-Cosworth for Provimi Veal Racing at Road America, where he finished in the 8th place.

Sponsored by Provimi Veal, he run his first full season in America, winning the 1985 Rookie of the Year title both for the season and for Indianapolis 500. He was seventh in his first attempt in the greatest American race. In the championship, he finished 18th in the points. His best result was fifth place in the Grand Prix of Cleveland. 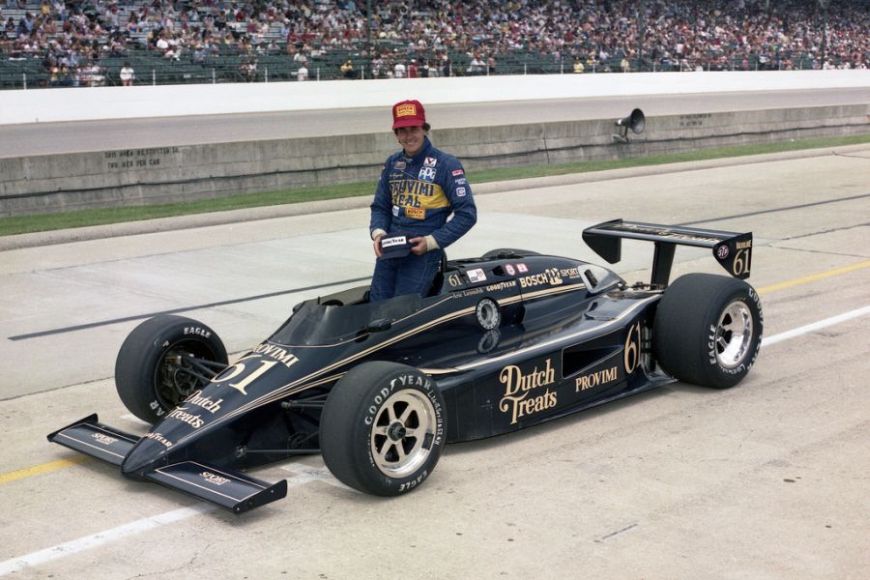 In March 1985, Luyendyk debuted at Sebring 12 Hours, driving a March-Chevrolet for DeAtley Racing. He didn't finish the race. In February 1986, he made a debut at Daytona 24 Hours, driving the #8 Porsche 962 for Henn's Swap Shop Racing. He finished in the second place, together with AJ Foyt, Danny Sullivan and Preston Henn.

In the open-wheel racing, Luyendyk stayed with Provimi Veal for one more season, finishing 17th in the 1986 CART PPG Indy Car World Series.

For the 1987 season, Luyendyk joined Hemelgarn Racing to drive the #71 March-Cosworth. In the second round of the season, at Phoenix International Raceway, he scored his maiden podium, finishing third behind Roberto Guerrero and Bobby Rahal.

Until the end of the season, Luyendyk was five more times in the top 5, finishing seventh in the final standings. 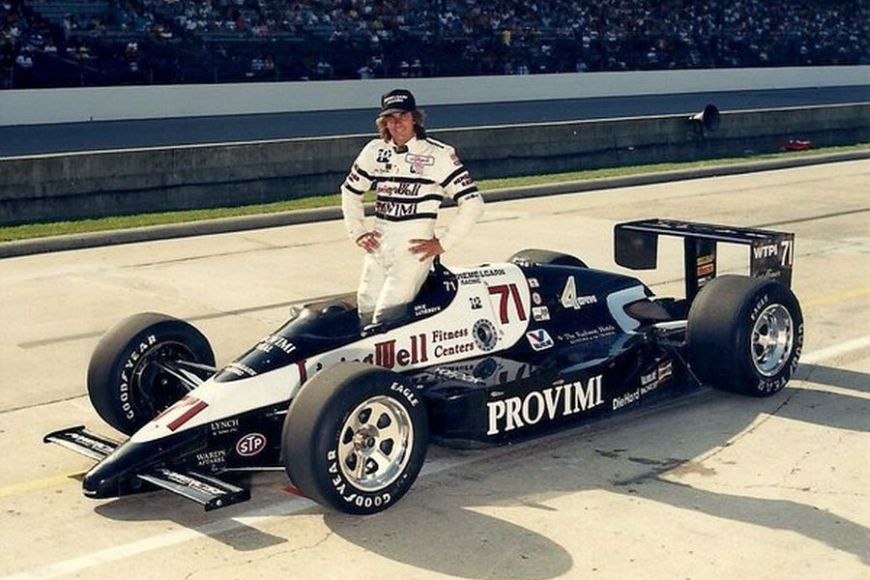 In 1988, Luyendyk changed a team again, joining Dick Simon Racing. He was driving the #7 Lola-Cosworth, scoring one podium (2nd, Portland) and finishing 14th in the final classification.

In 1989, he was again on a podium in Portland, finishing third. At the end of the season, he was 10th in the points.

And then, at Sebring 12 Hours in March, he scored his first big victory in America. He was sharing the #83 Nissan with Geoff Brabham and Chip Robinson. They were also using the #84 car, which didn't rech the finish line. 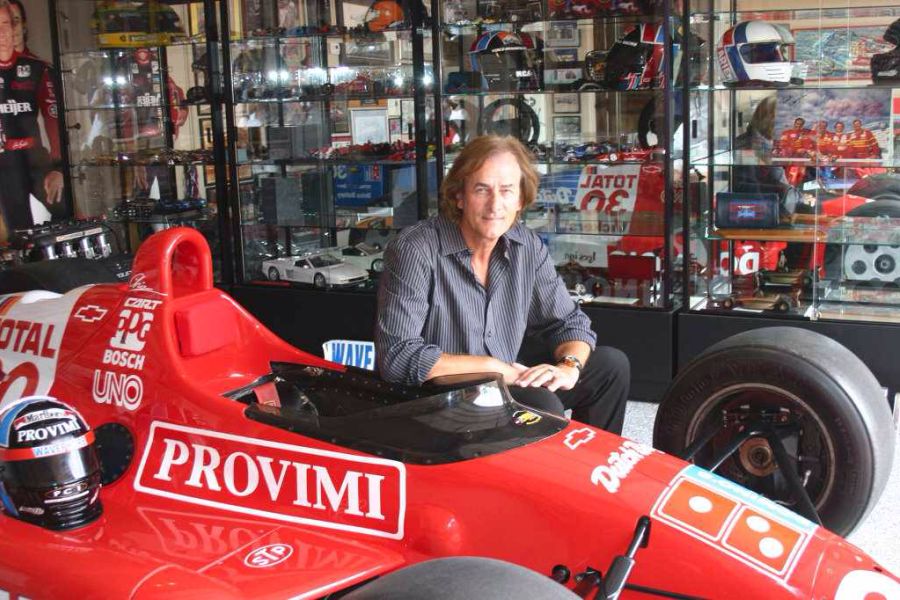 Arie Luyendyk and his car from 1990

For the 1990 CART season, Luyendyk joined Doug Shierson Racing to drive the #30 Lola-Chevrolet. After top ten finishes at Phoenix and Long Beach, he sensationally won the Indianapolis 500 after starting third on the grid.

In the rest of the season, Luyedyk's results were average and he finished 8th in the final standings.

For the 1991 CART season, Luyendyk switched to Granatelli Racing's #9 Lola-Chevrolet. He was the race winner two times, at Phoenix International Raceway and Nazareth Speedway, finishing sixth in the points. It remained his career-best season's result. At Indianapolis 500, he was third, behind Rick Mears and Michael Andretti.

In 1992, Luyendyk participated in just two races, driving for Chip Ganassi Racing at Indianapolis 500 (15th) and Michigan (14th). In 1993, he was CGR full-time driver in the #10 Lola-Ford. He was on a pole for Indianapolis 500, losing a race by 2.8 seconds to Emerson Fittipaldi. Later in the season, Luyendyk scored two more podiums to finish 8th in the final standings.

In 1994, he was a full-time driver for Indy Regency Racing. Scoring just one podium, at Michigan, he was 17th in the points.

After participating in just two races in 1995, Luyendyk joined Byrd-Treadway Racing in 1996, for the inaugural season of the Indy Racing League. He won the race at Phoenix and finished 15th at Indianapolis 500. He set the qualifying lap record at Indianapolis Motor Speedway with an average speed of 237.498 mph (382.216 km/h), although he didn't start on the pole because he qualified on the second day of time trials.

He was on the pole at 1997 Indianapolis 500, driving the #5 G-Force for Treadway Racing. He converted that pole position into his second Indy 500 victory, beating his teamate Scott Goodyear.

Luyendyk stayed with Treadway Racing in 1998 Indy Racing League, what was his last full season in a career. He won the season's finale at Las Vegas Motor Speedway, finishing 8th in the points.  At Indy 500, he was 20th,

In 2003, Luyendyk came to Indianapolis 500 with Mo Nunn Racing, driving the #20 G-Force-Toyota in practice. He crashed out and decided to sit out the race due to injuries.

Victory at 1998 Daytona 24h with Ferrari

After winning at Sebring in 1989, Luyendyk continued to race sporadically in greatest American endurance races with different teams. In 1991, he recorded DNF with Nissan R90CK at Daytona. In 1992, he retired both at Daytona and Sebring, still driving for Nissan. In 1997, he drove Porsche 911 Turbo for Davies Motorsports at Daytona, not finishing the race.

And then, in February 1998, Luyendyk finally reached top podium spot at Daytona. He was driving the #30 Ferrari 333 SP for Doran/Moretti Racing, sharing a car with Gianpiero Moretti, Mauro Baldi and Didier Theys. Luyendyk returned with Ferrari 333 SP one more time to Daytona, in 1999, finishing in the 8th place. 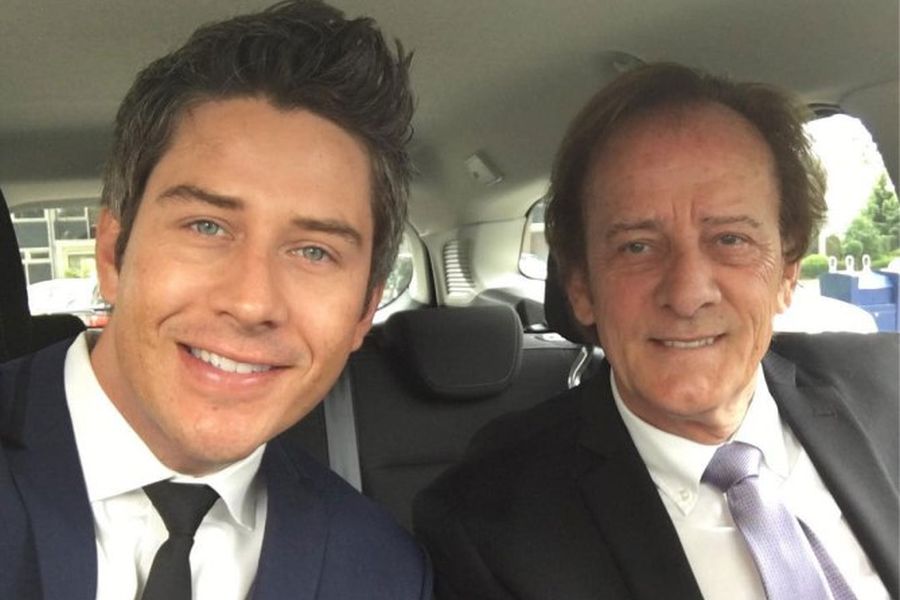 After closing his professional racing career, Luyendyk was working as color commentator for TV. In 2014, he was inducted into the Motorsports Hall of Fame of America. In 2016, he was selected as a chief steward for the IndyCar Series alongside Max Papis and Dan Davis. His son Arie Luyendyk Jr is also a racing driver.