Portland International Raceway is a race track in Portland, Oregon, which was built as a permanent racing circuit in 1971, although races took place for the first time, while there were the old city streets, in 1961.

The other great race in Portland was the Portland Grand Prix for sports cars, as a part of the IMSA GT Championship from 1978 and then a part of the American Le Mans Series from 1999 to 2006. In recent years, until 2012, the main competition was the NASCAR K&N West Series. Since 2013, Portland hosted only local events.

Racing started on a location of a former city in 1961

Portland’s race track was built on a location of the former city of Vanport, south of Columbia River. The town was destroyed on Memorial Day, May 30, 1948, in a catastrophic flood. After a flood,  Vanport was unhabitable and abandoned.

In 1960, the city of Portland purchased a land south of Columbia River. Soon after that, the racing enthusiasts saw an opportunity to use abandoned streets as a race track. The first races on the West Delta Park, what was a name of a location, took place in 1961, during a Portland Rose Festival.

An original race track was the 2-mile circuit which was using Cottonwood Street, Lake Avenue, Victory Boulevard and the final series of turns, known as The Circus. In 1968, the track was shortened to 1.8 miles, using a Force Avenue instead of Lake Avenue. 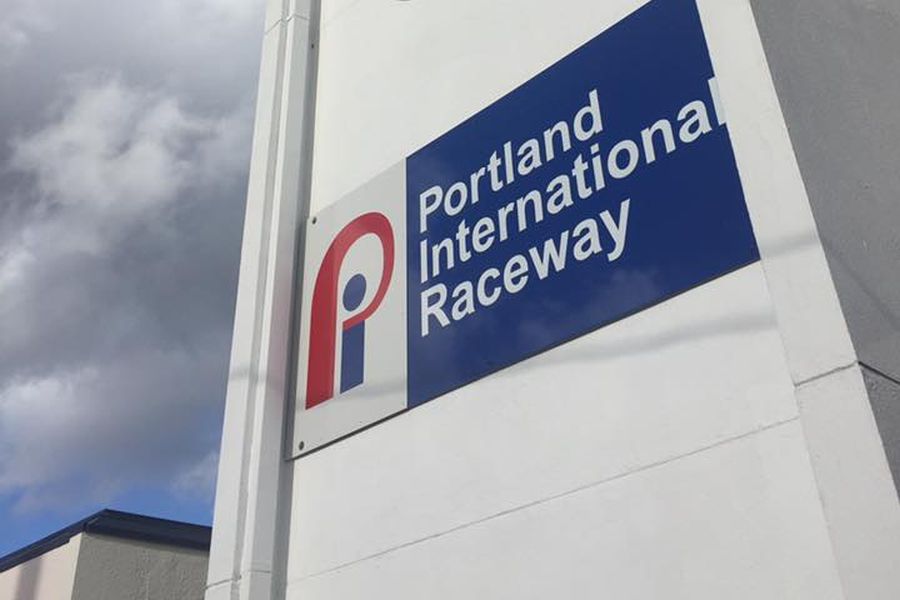 The permanent racing circuit had been opened in 1971

The circuit was in use for a decade when became clear that the old city streets are too dangerous and sanctioning bodies began to refuse races there. In 1971, the permanent racing circuit has been built and the Portland International Raceway was born.

The new permanent race track, with a 1.915-mile 9-turn circuit and a drag strip, was officially opened in June 1971 with the Rose Festival drag races, followed by Rose Cup races a week later. 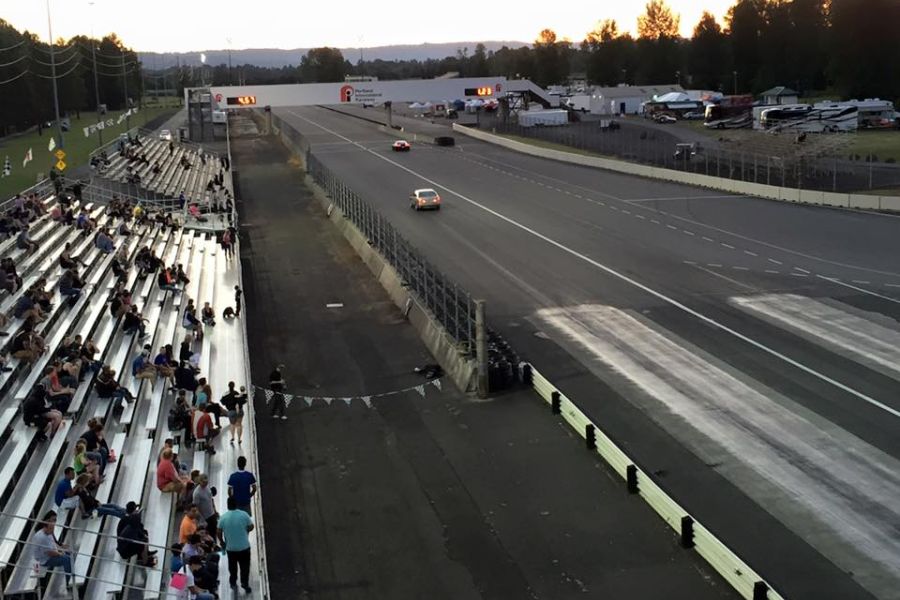 Having a modern and secure race track, Portland hosted the first major competition in 1975, when the Trans-Am Series came to the town. The IMSA GT Championship came to Portland for the first time in 1978, when Peter Gregg won a 100-mile race in a Porsche 935. The name of the race was the G.I. Joe’s Grand Prix and it remained such until 1993.

The next milestone year was 1984 when the track underwent significant improvements. The permanent pit lane and paddock were installed in the infield, the chicane was added on the main straight, the most of the track was widened and repaved. Such an improvements converted Portland International Speedway in a premium race track and it was a time for a premium racing competition.

The CART PPG Indy Car World Series came to the town in June 1984. The first Grand Prix of Portland took place on June 17, with Al Unser Jr. winning the 200-mile race in a March-Cosworth of Galles Racing.

Mario Andretti won the race in 1985 and then came the 1986 Grand Prix of Portland. Michael Andretti ran out of fuel on a final lap, allowing his father Mario to catch him up and to win by 0.070 seconds, what was the closest finish of any race in the Indy Car history.

Portland is holding a record of the closest finish

The record of the closest finish has been changed in following years and decades somewhere else, but Portland was a venue of a new record in 1997, which is still standing.

When talking about records, no man has won more than three times in the Grand Prix of Portland. The only two three-time winners are Al Unser Jr. and Michael Andretti. After an initial victory in 1984, Al Unser Jr. was a winner again in 1994 and 1995. 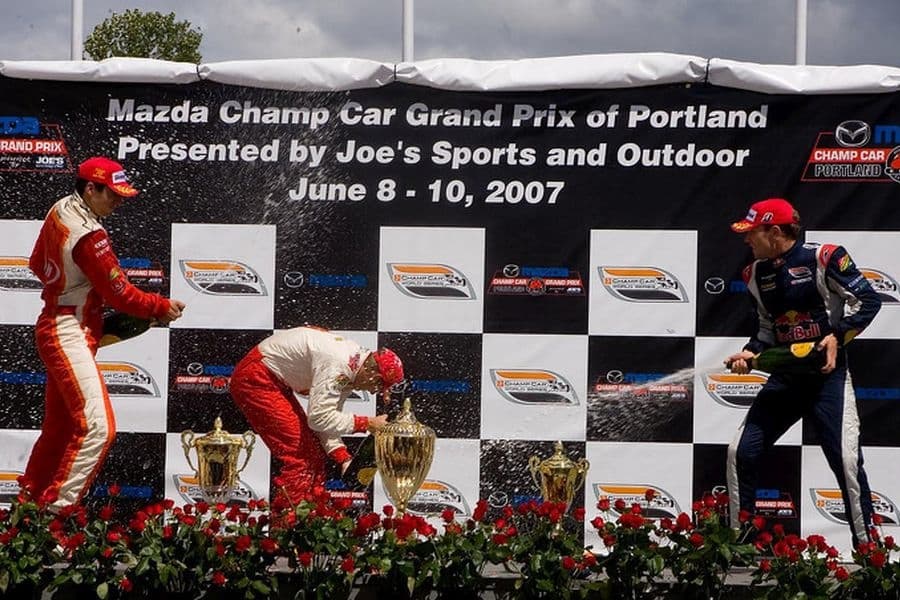 The American Le Mans Series visited Portland for the last time in 2006 when Rinaldo Capello and Allan McNish scored their second win in an Audi. The last visit of the Champ Car World Series was in 2007 when Sebastien Bourdais won the race for Newman/Haas Racing. It was his second win Portland, he previously won in 2004.

Bourdais is still competing in the IndyCar Series, so he would have a chance to add one more win to his account in the return of the premium open-wheel racing series to Portland in September 2018. 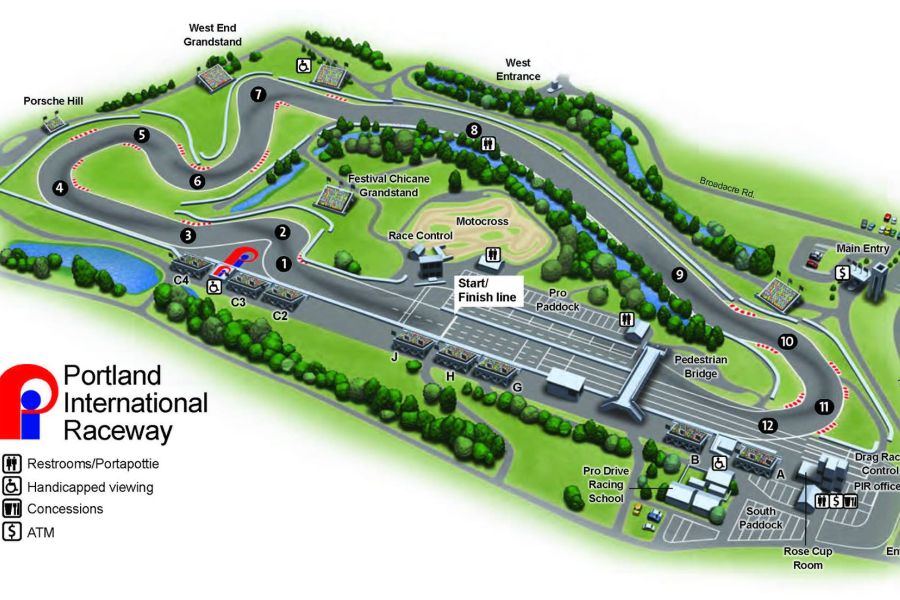 Portland International Raceway underwent a major renovation process in 2008, repaving an entire track and reconfiguring some turns. It wasn’t enough to stay on a calendar of the unified IndyCar Series.

The 1.967-mile circuit was hosting some other series instead, such were SCCA, ICSCC or OMRRA championships. The NASCAR K&N Pro Series West came in 2009 and stayed there until 2012. Since then, the PIR is a venue for local events only. A new bright future is announced to come in 2018.