Team Penske’s Simon Pagenaud has won the pole position for the upcoming 103rd running of the Indianapolis 500, defeating eight rivals in Sunday’s Fast Nine Shootout at the Indianapolis Motor Speedway.

On the other side of the grid, six drivers participated in the Last Row Shootout, with two-time F1 champion and 24h Le Mans winner Fernando Alonso as the biggest star among them.

But, his legendary status didn’t secure him a place on the 33-car grid for the greatest American race. Driving the #66 Chevrolet for McLaren Racing, he was 34th, bumped out by Juncos Racing’s Kyle Kaiser in the #32 Chevrolet. Kaiser’s average was 227.372 mph, just 0.019 mph faster than Alonso.

Together with Kyle Kaiser, Sage Karam (Dreyer &ampReinbold Racing) and James Hinchcliffe (Schmidt Peterson Motorsports) secured places on the grid in the Last Row Shootout. Alonso will be a spectator together with two Carlin’s drivers Max Chilton and Patricio O’Ward.

“Obviously, it would be nice to be in the race next Sunday. We came here to race and to challenge ourselves, and we were not quick enough. I congratulate all the other guys that did a better job, and hopefully we’ll see a nice show next Sunday. We are all disappointed, and we will try to do better next time. But it’s that kind of things that you learn. I said before, I prefer to be here – even 34th – than being at home like last year,” Fernando Alonso commented. 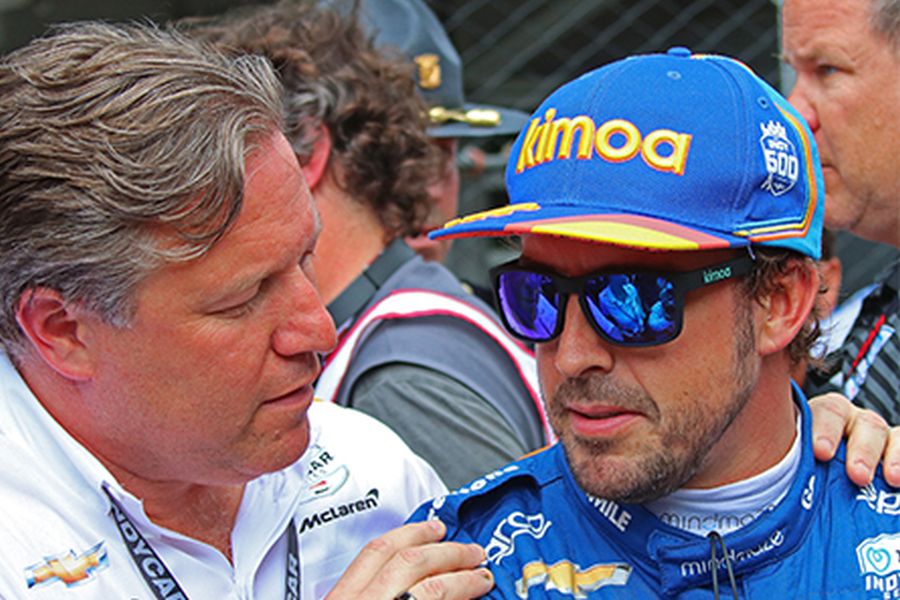 For Simon Pageaud, who celebrated 35th birthday just a day before taking pole position for Indianapolis 500, it’s his 11th pole position of his 11-year IndyCar career. Previously, he started from the front row two times at Indianapolis, from the second place in 2018 and third place in 2015. His best result at the end of the race was the sixth place in last year’s race.

Pagenaud is also the first Frenchman in a century to capture the Indy 500 pole, since Rene Thomas in 1919. For Team Penske, it’s the 18th Indianapolis 500 pole position, what is thirteen more than any other team.

Simon Pagenaud with his Pole Award

The 103rd running of the Indianapolis 500 is scheduled for Sunday, May 26.