Autodrom Most – Oldest Permanent Race Track in the Czech Republic

Autodrom Most is the oldest permanent racing circuit in the Czech Republic. It was opened in 1983, four years before another well-known circuit near Brno (today Autodrom Brno, previously Masaryk Circuit). In the next decades, Brno became the most prominent Czech race track on the international level while Most was hosting mostly national racing events.

Racing around the town started after the World War II

Both circuits were built after many years of racing on the closed road circuits. The first motorsport events took place in the Most area in northwestern Czechoslovakia after the World War II.

Several circuit variations around the town were in use over the next decades before the course near new railway station has been established in the early 1970s. 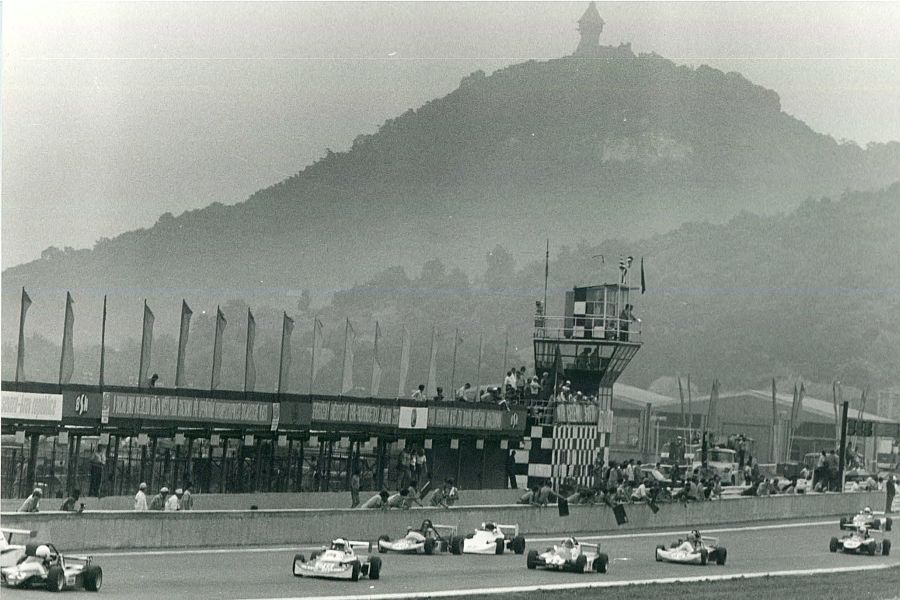 Autodrom Most was opened in 1983

Interserie visited Most for the first time in 1979

After many years of exclusively national events, the first international race was the round of the popular German-based sports car championship Interserie.

Most is situated near German-Czech border and it was the only Interseries race outside Germany. Nineteen crews visited the 3.450 km long circuit in August 1979 and German racer Norbert Przybilla won a race in a TOJ SC302-Ford.

The Czech motorsport officials were aware that safety standards on the street circuit are not satisfying so they started to plan a permanent circuit on the other side of the town. They visited German race tracks, such are Nürburgring and Hockenheimring, to gather the necessary knowledge to design their own circuit.

The construction began in 1978 at the site of the Vrbensky open mine. Over the next four years, working operations progressed without interruptions and the new circuit was ready in 1983. It was the 2.6-mile (4.148 km) long circuit with twenty turns and a possibility to use just a short 1.44-mile variant. The circuit was homologated by the FIM and the FIA. 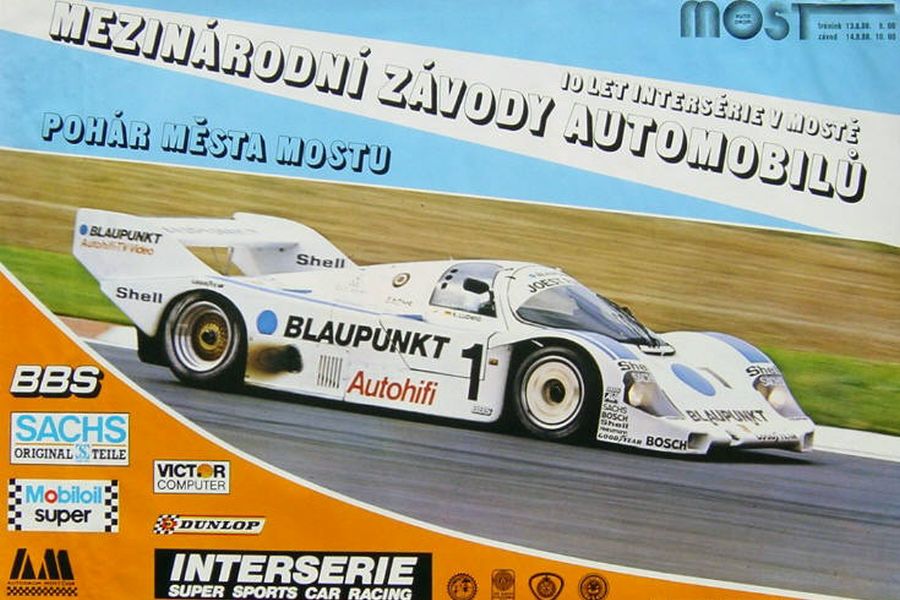 Poster for Interserie race at Most in 1988

The Interserie regularly visited Most until the end

Bernd Schneider was the first to win two times, in 1990 and 1991, driving a Porsche 962 CK6 and Porsche 962C. Manuel Reuter has won in 1992 in a Kremer-Porsche CK7 Spyder, followed by Giovanni Lavaggi in the same car in 1993. Two more three-time winners were Frederico Careca and Josef Neuhauser. The Inteserie stayed at Most until the end in the mid-2000s. 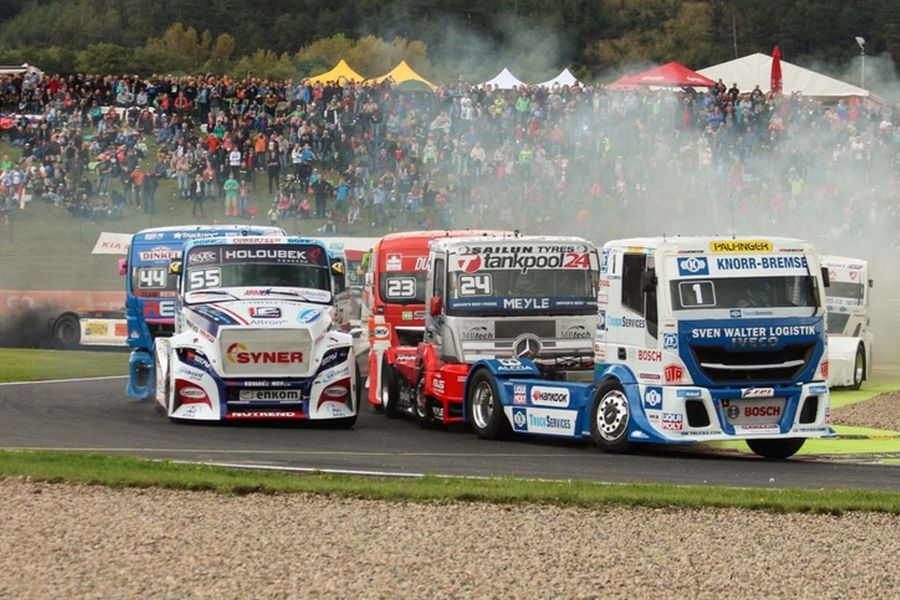 The Czech Truck Grand Prix as the main event since 1993

Since then, Autodrom Most is a regular racing venue for the best truck racers. Most recently, one of the winners during the 2017 Grand Prix weekend was the Czech driver Adam Lacko who also became the champion at the end of the season. 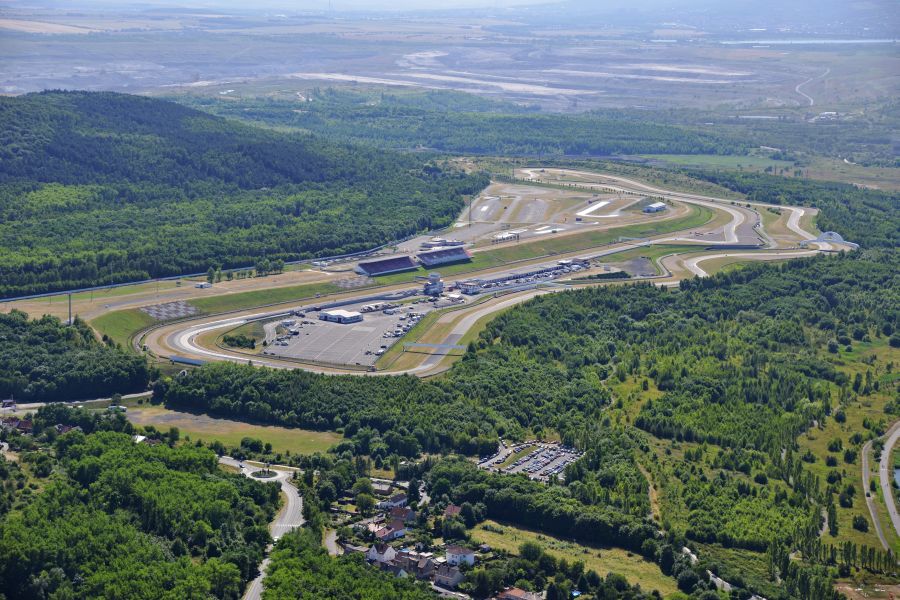 Renovation of the circuit in 1995

Despite being a successful host of the international events, Autodrom Most lost the FIA and FIM license in 1995 due to increased insecurity. A new company was formed to run the track and it immediately began renovations to reach modern security standards.

In a record time of five months, all was done and the circuit had regained its homologation. Some other new projects followed, such were a new medical center and new grandstands at the start/finish straight.

The one-off appearance of the European Le Mans Series

In 2001, the Autodrom Most hosted a round of the newly-established European Le Mans Series. It was the fifth round of the seven-race championship. The race took place in August 2001.

Only 14 cars were on the grid. Stefan Johansson and Patrick Lemarie won a race in an Audi R8. The ELMS was discontinued at the end of the season so Interserie and Truck Grand Prix remained the main international events. 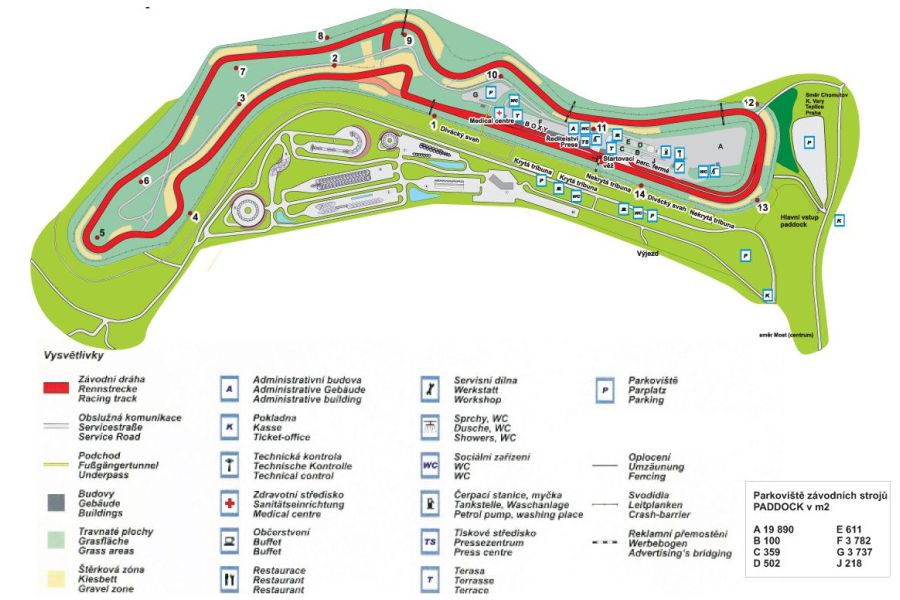 One more renovation project in 2005

At the end of 2004, another renovation project started. On the track, the main change has been made on the first turn which became a chicane. A total number of turns was increased to twenty-one and the track was slightly longer (4,212 meters). Around the track, more crash barriers were added.

Despite renovations, the schedule of international events wasn’t increased in the following years as some major championships were visiting Brno instead. In 2018, the German-based  GT championship ADAC GT Masters put Most on its calendar.