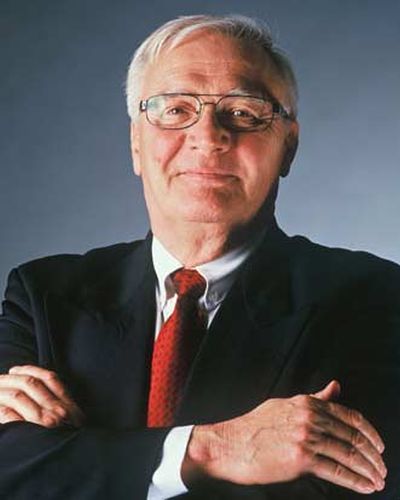 Ove Andersson (1938-2008) was a Swedish rally driver who was active until 1982, continuing to act as a team manager of Toyota Team Europe after that. His private team later had been purchased by a factory and became the Toyota Motorsport.

He was leading Toyota in WRC, at Le Mans 24h and Formula One until his retirement in 2003. He lost a life in a classic rally crash in June 2008 in South Africa. 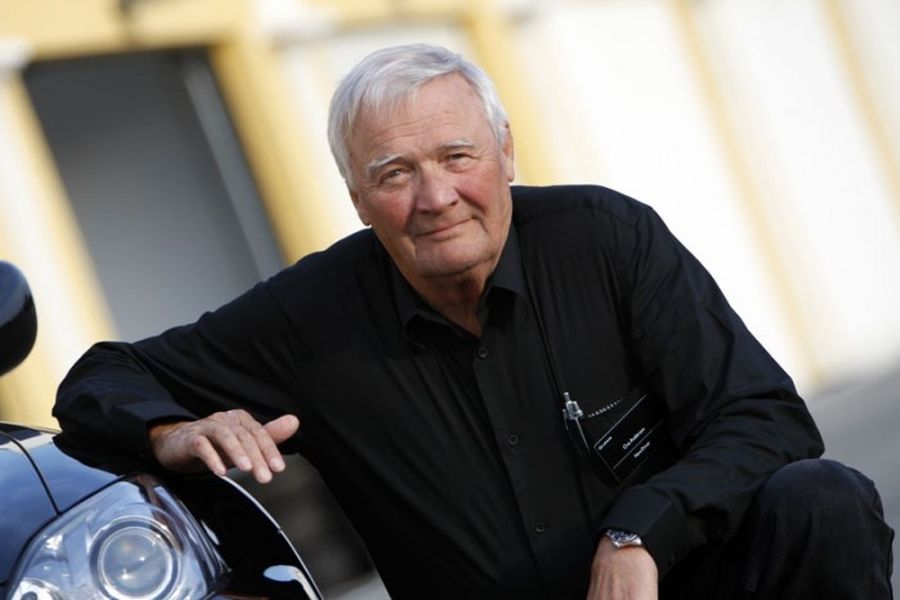 Starting an international rally career in 1963

Born in January 1938 in Uppsala, Ove Andersson grew up on a farm. He was studying engineering, then worked as an apprentice to a blacksmith and in a car repair shop. In 1958, he completed a military service with the United Nations peace-keeping force in the Gaza Strip. When returning to Sweden, he started rallying with friend Bengt Söderström, who became a Saab factory driver.

In 1963, Andersson recorded his first international rally attempt, driving a factory-backed Mini Cooper S at Swedish Rally, a part of the European Rally Championship, finishing in an impressive fifth place.

In 1964, Andersson started to race with Saab 96, using it in national and international events. He finished fifth at Swedish Rally and seventh at Rally of 1000 Lakes.

In 1965, he made a debut at Rally Monte-Carlo in a Saab, finishing in 13th place. He was sixth at Swedish Rally and sixth at Rally Poland. 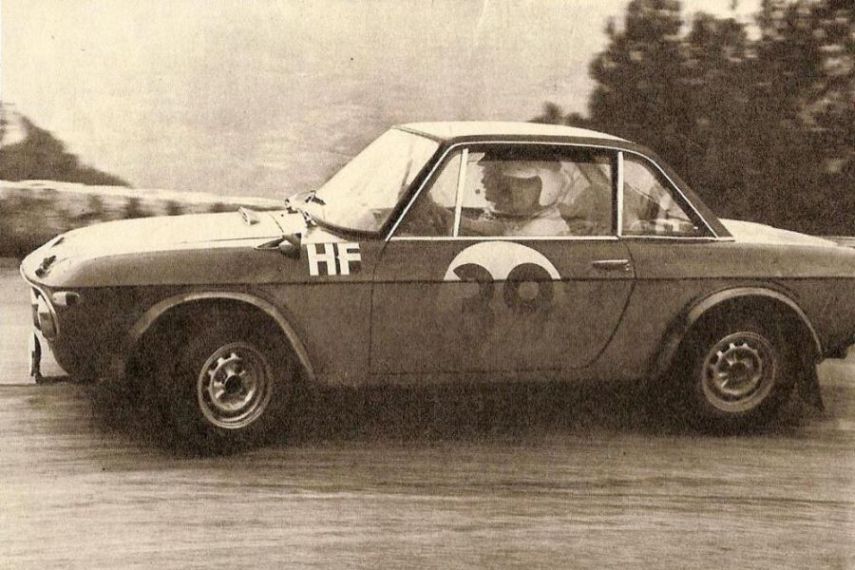 In 1966, Andersson switched to Lancia, finishing third at Rallye Monte-Carlo in a Lancia Flavia Coupe. His navigator was Rolf Dahlgren. In other ERC events, he was third at Rally dei Fiori, fourth at Acropolis Rally and seventh at RAC Rally.

In 1967, Andersson was driving the #39 Lancia Fulvia HF at Rally Monte-Carlo, with John Davenport as his navigator, finishing in the second place, behind Rauno Aaltonen/Henry Liddon in a Mini Cooper S.

Andersson's other notable results with Lancia in 1967 were third place at Rally dei Fiori, second place at Acropolis Rally and a victory at Rally de Espana. He was also driving a Ford Cortina Lotus in some events, winning the Gulf London Rally and finishing fourth at Rally of 1000 Lakes.

Besides rallying with Lancia, Andersson also participated in some sports car racing events with the Italian manufacturer. In May 1967, he and Sandro Munari were sharing a Lancia Fulvia HF at Targa Florio.

In 1970, Andersson recorded several DNFs in a Ford, scoring just one podium by finishing third at Acropolis Rally, with Jim Porter as his navigator. 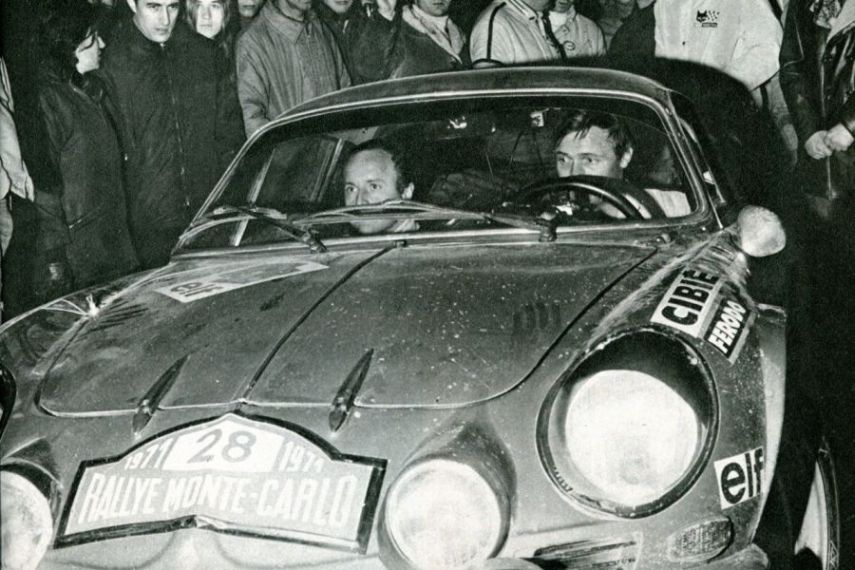 1971 Monte-Carlo Rally victory in an Alpine-Renault

At the end of 1970, Andersson switched to Alpine-Renault A110 1600, continuing to drive that car in 1971. One of the highlights of his career was a victory at Rallye Monte-Carlo in January 1971, in the #28 Alpine-Renault he was sharing with navigator David Stone.

Later in the season, he scored three more great wins in the International Championship for Manufacturers - at Rally d'Italia, Österreichische Alpenfahrt and Acropolis Rally, contributing to championship title for Alpine-Renault. 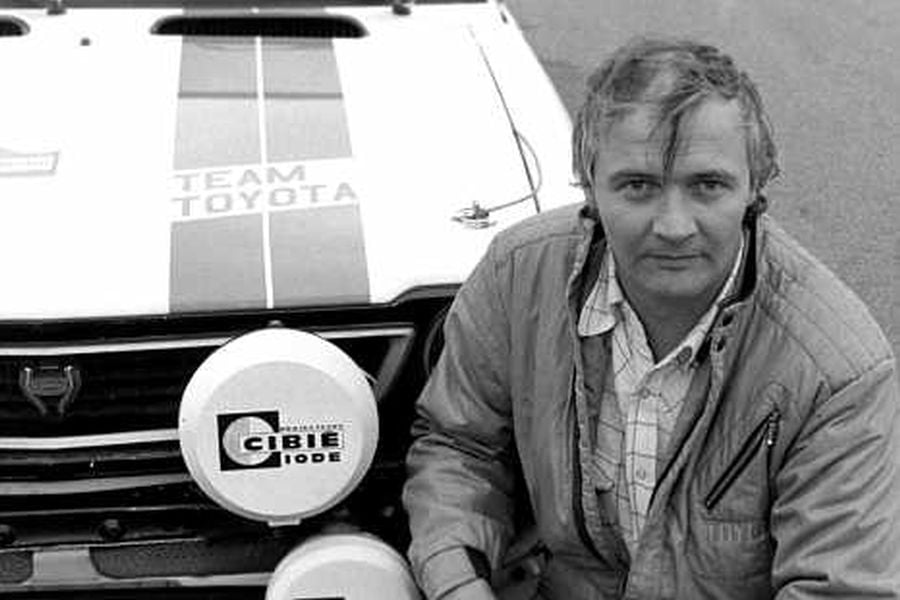 Ove Andersson started to race with Toyota in 1972

Debut with Toyota at 1972 RAC Rally

In 1973, the inaugural season of the World Rally Championship, Andersson's greatest success was the second place at Rallye Monte-Carlo, in the #15 Alpine-Renault A110 1800 he was sharing with navigator Jean Todt. Later in the season, he and Todt were third at East African Safari Rally in a Peugeot 504 Ti.

In 1973, Andersson also participated in some touring car events with Toyota. In July, he finished sixth at Nurburgring 6 Hours in a Toyota Celica GT.

Two weeks later, he was ninth overall and Division 1 winner at Spa 24 Hours in the #62 Toyota Celica GT. His co-driver in both races was Freddy Kottulinsky. 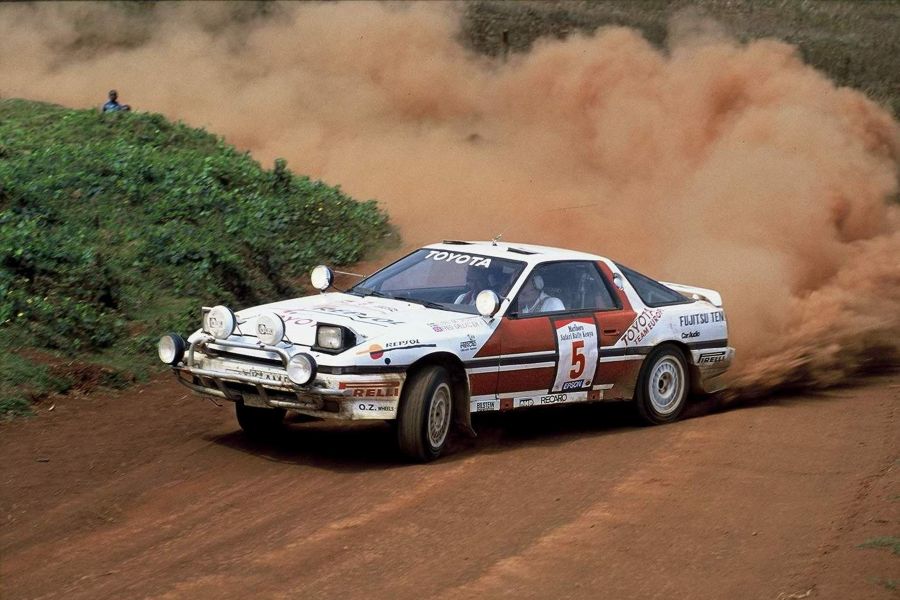 There will be no Toyota Motorsport without Ove Andersson

Andersson was driving a Toyota Celica in four WRC events in 1973, in Portugal, Greece, Austria and UK. His best result was the 8th place at Österreichische Alpenfahrt.

In 1974, Toyota Corolla became Andersson's main race car and he converted his private team Andersson Motorsport into Toyota Team Europe, moving a headquarters from Sweden to Brussels, Belgium. His best WRC result in 1974 was fourth place at Rally Portugal. 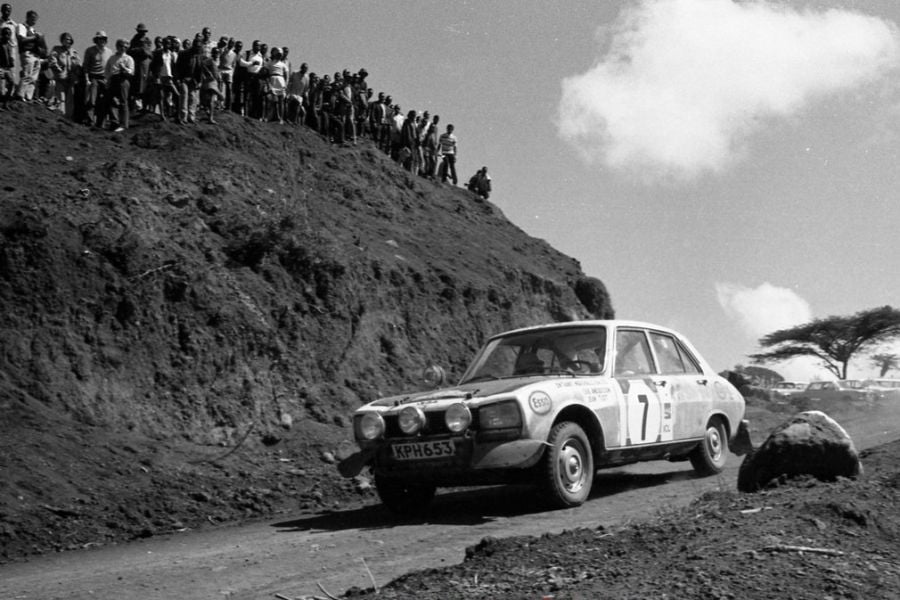 Ove Andersson scored his only WRC victory in a Peugeot 504

In 1975, Andersson was driving Toyota Corolla or Toyota Celica in most of his WRC attempts, except at Safari Rally where he was driving the #26 Peugeot 504.

He and Arne Hertz won the event, which officially became Andersson's only WRC victory in a career as he scored other wins in premium events before the WRC era. He was third at Rally Portugal, what was the first WRC podium for Toyota Team Europe. In the next event, the 1000 Lakes Rally, Hannu Mikkola scored a maiden win for Toyota.

Moving the team to Germany in 1978

In the following years, Andersson continued to collect podiums for Toyota, finishing second at 1976 Rally Portugal, third at 1977 Rally Portugal and third at 1979 Rally Portugal. In all those rallies, he was driving a Toyota Celica 2000 GT. Hannu Mikkola also scored a couple of podiums in 1976 and 1977.

In 1978, the team moved its base to Cologne, Germany. The team was expanding its facilities over the years and Toyota Motorsport GmbH still has its headquarters there.

Andersson retired from rallying in 1982

While the team was growing, Andersson was slowing down his rally activities, participating in three WRC events in 1980 and then closing his career in 1982. His last WRC event was the Rallye Cote d'Ivoire in a Toyota Celica GT. 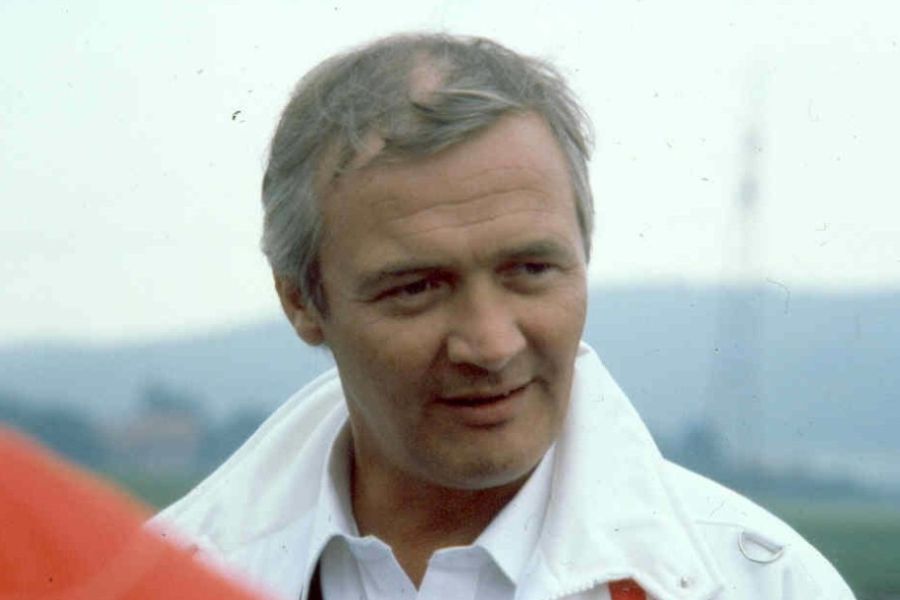 Toyota Celica GT-Four was introduced in 1988

In the post-Group B era, Toyota Celica GT-Four was introduced in 1988, becoming one of the most successful rally cars ever.

First WRC title for Toyota in 1990

In 1989, Toyota was the only manufacturer able to fight against Lancia and then, in 1990, Andersson's team captured its first World Rally Championship title. Lancia managed to defend manufacturers' title but Carlos Sainz became the drivers' champion in a Toyota Celica GT-Four ST 165.

It was just a beginning of the most successful period for Japanese manufacturer in the World Rally Championship.

The 1990s – decade of Toyota's dominance

Carlos Sainz added one more championship title to his account in 1992, followed by fellow drivers Juha Kankkunen in 1993 and Didier Auriol in 1994.

Toyota gained double success in 1993 and 1994, as the team captured manufacturers’ titles too. The third manufacturers’ title came in 1999, the last year of Toyota’s participation in the WRC. There was also a controversial 1995 season when Toyota was excluded from the championship because of illegal turbo restrictors. 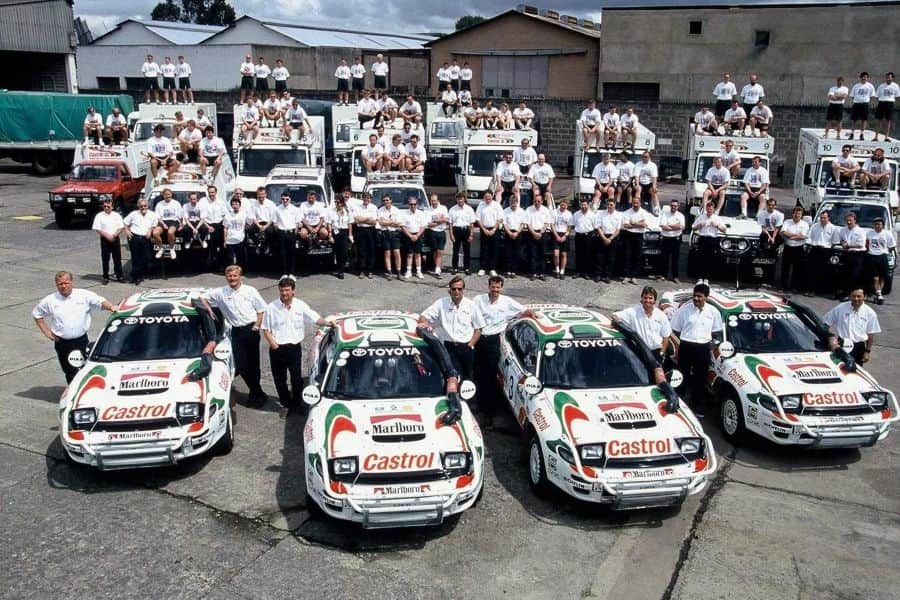 Toyota Motorsport GmbH was founded in 1993

During that golden period, Japanese manufacturer bought a team from Ove Andersson, leaving him as a team principal. The company was renamed to Toyota Motorsport GmbH, with headquarters in Cologne, Germany.

Since then, TMG is a parent company for all Toyota’s motorsport projects, providing services to factory teams and private teams that use Toyota cars all around the world.

Two Le Mans starts and one podium for Toyota GT-One

The next project for Ove Andersson and Toyota was the Formula One but in the meantime, the team wanted to conquer Le Mans 24 Hours. The Toyota GT-One car had a debut at 1998 Le Mans race.

The team was running three cars with just one reaching the finish in the ninth place. In 1999, three cars were on the grid again. Two crews retired early while the #3 car finished in the second place overall, one lap behind race-winning BMW V12 LMR. The podium-scoring drivers were Ukyo Katayama, Keiichi Tsuchiya and Toshio Suzuki. 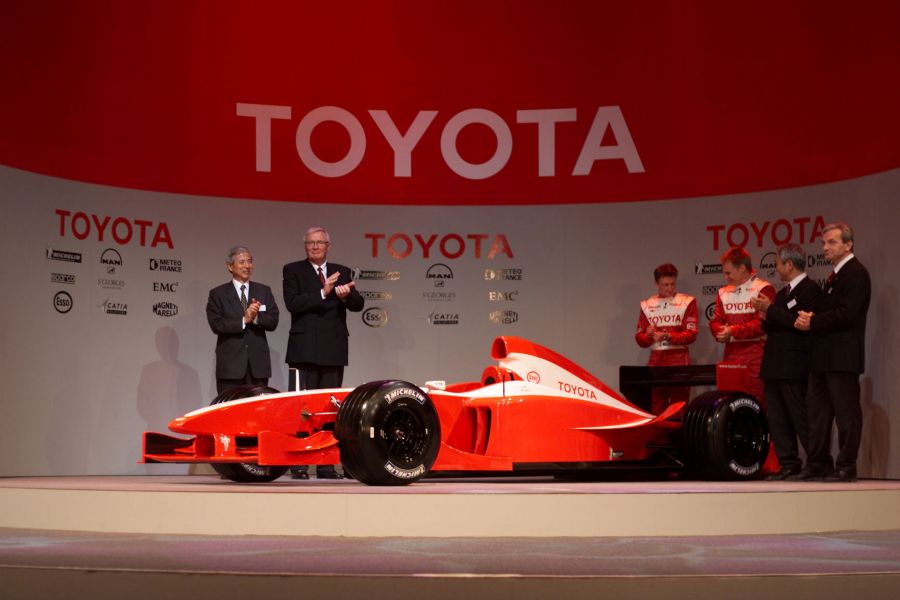 Panasonic Toyota Racing Formula 1 team finally made a debut in the first round of the 2002 F1 World Championship. Andersson was a team manager with Mika Salo and Allan McNish as drivers of #24 and #25 Toyota TF102 cars.

Toyota finished its first season in the tenth place among twelve teams. Next year, Olivier Panis and Cristiano da Matta contributed to 8th-place finish at the end of the season. It was the last active season for Ove Andersson. He retired from managing duties, staying with the team as a consultant. 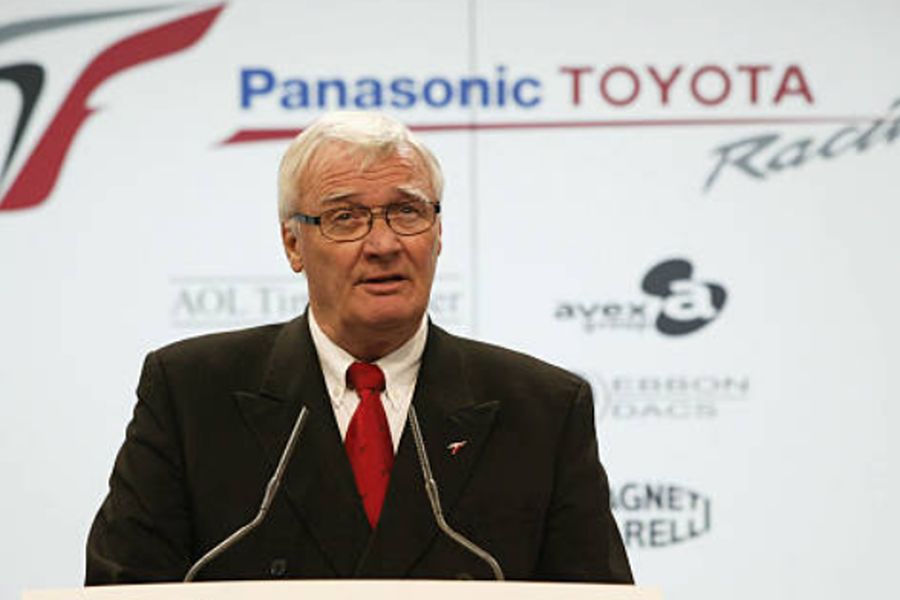 Losing a life in a classic rally crash

As a retired driver and team manager, Andersson stayed involved in motorsport, participating in historic events with a variety of cars. Unfortunately, one of those events turned to be fatal.

On June 11, 2008, during a Milligan classic rally event near George in South Africa, where he was living in that time, Andersson lost a life in a collision with a truck. He was driving the 1957 Volvo 444.