Pierre Dieudonne is a Belgian former racing driver who achieved the most in touring car races. He was the European Touring Car Champion in 1976 and scored three overall wins at Spa 24 Hours, in a time when it was the greatest touring car endurance race.

He was also successful in the greatest sports car endurance race, the 24 Hours of Le Mans, scoring four class wins in twelve attempts. 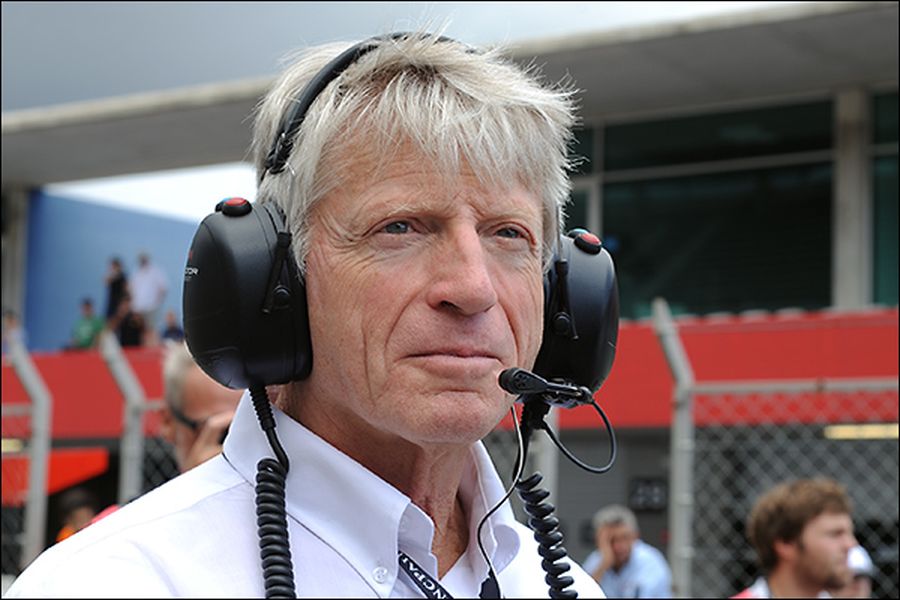 Two consecutive wins at Spa 24 Hours early in a career

Born in March 1947 in Brussels, Pierre Dieudonne was developing his career in the early 1970s by participating both in single-seater and touring car competitions. He raced in different series (Formula Super Vee, Formula 3) but also visited Spa to participate in the famous 24-hour race. He made a debut at Spa 24 Hours in 1971, sharing a Ford Escort RS 1600 with Hughes de Fierlant. They didn't finish the race.

In 1974, Dieudonne joined Luigi Racing and scored a sensational victory at Spa 24 Hours in the #12 BMW 3.0 CSi, sharing a car with Alain Peltier and Jean Xhenceval. Next year, in the same car, sharing it with Xhenceval and Hughes de Fierlant, Dieudonne triumphed once more.

In 1976, Dieudonne stayed with Luigi Racing, driving a BMW 3.0 CSL in the European Touring Car Championship and winning the championship title. His co-driver was Jean Xhenceval.

They opened a season with a victory at Monza and later added wins at Mugello, Brno, Silverstone and Jarama. At Spa, they had to retire in the #1 BMW 3.0 CSL. 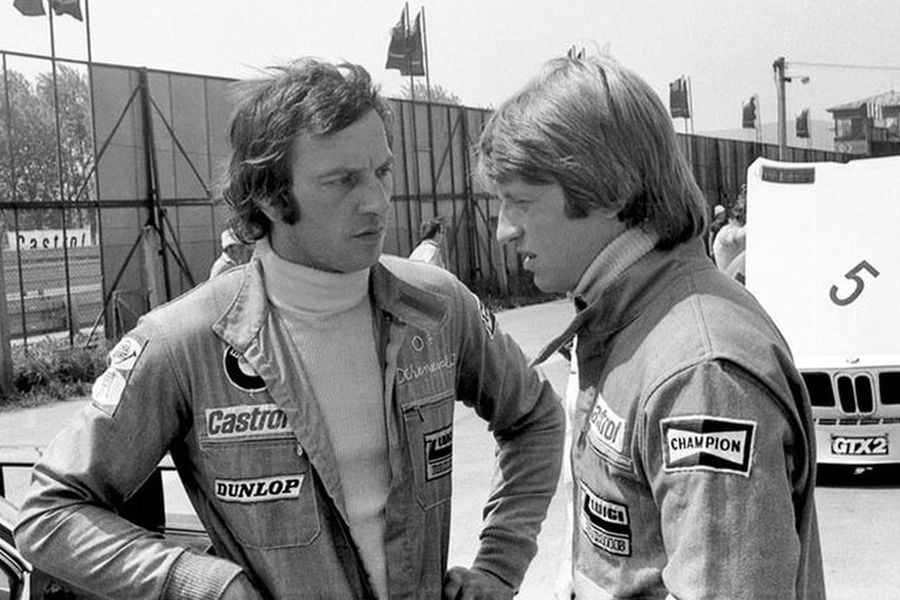 Dieudonne continued to drive BMW for Luigi Team in 1977, finishing third in the ETCC standings, behind Dieter Quester and Carlo Facetti. Dieudonne was sharing a car with Jean Xhenceval again, scoring just one victory (Mugello).

In June 1977, Dieudonne made a Le Mans debut, driving the #71 Luigi Racing BMW 3.0 CSL. Sharing a car with Jean Xhenceval and Spartaco Dini, he finished 8th overall and the first in IMSA class.

In 1978, Dieudonne spent most of the season in single-seater competitions (Formula Pacific, Formula 3) but he didn't miss Spa 24 Hours, where he finished ninth in Luigi Racing's BMW 530i.

In 1979, Dieudonne concentrated again full-time to touring cars, finishing as a runner-up in the European Touring Car Championship, together with teammates Raijmond van Hove and Jean Xhenceval. They won races at Monza, Brands Hatch, Brno and Pergusa in a BMW 3.0 CSL, losing a title to Jolly Club's Carlo Facetti and Martino Finotto.

At 1979 Spa 24 Hours, where he was sharing BMW 530i with Thierry Boutsen, Dieudonne retired after an accident.

In 1980, Dieudonne didn't race full-time in any championship but participated in greatest endurance races with different cars. His best result was the second place at Spa 24 Hours with Joosen Racing's BMW 530i. He was sharing a car with Eddy Joosen and Dirk Vermeersch.

In February, he participated at Daytona 24 Hours. The #14 Porsche 935 of Rennaisance Group Racing didn't manage to start due to a broken engine so Dieudonne joined Preston Henn in his Ferrari 512 BB/LM, not finishing the race.

Pierre Dieudonne was successful with many brands, including Ferrari

Dieudonne was also racing in a Ferrari 512 BB/LM at Le Mans 24 Hours in June 1980. Driving for Charles Pozzi/JMS Racing, he finished 10th overall and third in IMSA class. His co-drivers were Jean Xhenceval and Herve Regout.

Dieudonne returned to Le Mans two more times in a Ferrari, scoring IMSA class podiums in both attempts. In 1981, he finished third together with Jean Xenceval and Jean-Paul Libert in Rennod Racing's Ferrari. In 1982, Dieudonne was sharing Prancing Horse Farm Racing's Ferrari with Carson Baird and Jean-Paul Libert, finishing third in IMSA class for the third year in a row.

In September 1980, Dieudonne was driving Mazda RX-7 for the first time in Zolder's ETCC round, sharing a car with Tom Walkinshaw. Next year, Dieudonne joined E&W Enterprises to drive Mazda RX-7 GTP at Daytona and Sebring and then, in July, he scored his third Spa 24h victory in a Mazda RX-7.

Dieudonne's victorious car was the #40 Motul TWR Mazda RX-7 which he was sharing with Tom Walkinshaw. In the same year, Dieudonne won Belgian Touring Car Championship with the same car.

In 1982, Dieudonne stayed with Tom Walkinshaw Racing. The team switched from Mazda to Jaguar XJS and the first victory came in the first race with that car, at Nurburgring's ETCC race. A month later, at Spa, both TWR Jaguars crashed out. Dieudonne was sharing the #5 car with Jeff Allam and Pete Lovett. Later in the season, Dieudonne scored two ETCC podiums at Silverstone and Zolder.

The adventure with Jaguar continued in 1983 but without wins. Dieudonne's best result was the second place in the ETCC race at Zeltweg. At Spa, he and Tom Walkinshaw retired in the #6 Jaguar XJS after eleven hours.

Racing with Mazdaspeed since 1983

In October 1983, Dieudonne recorded his first race with Mazdaspeed factory team, driving a Mazda 717C at Fuji 1000 Kilometers. A relationship between Dieudonne and Mazdaspeed lasted until 1991, resulting in seven starts at Le Mans 24 Hours.

Dieudonne's first Le Mans start with Mazdaspeed was in 1984. Sharing the #86 Mazda 727C with Takashi Yorino and Yojiro Terada, he finished sixth in C2 class. Two years later, Dieudonne returned to Le Mans in the #170 Mazda 757, not finishing the race together with David Kennedy and Mark Galvin. 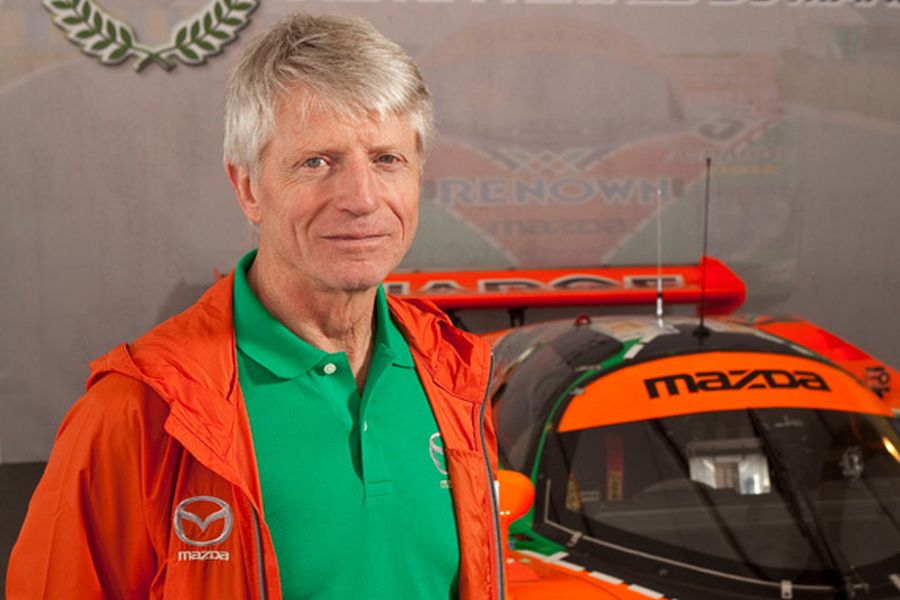 Dieudonne recorded two more Le Mans starts with Mazda in 1990 and 1991, driving a Mazda 787 or 787B. In 1990, he didn't finish the race. In 1991, he finished eighth together with Japanese co-drivers Takashi Yorino and Yojiro Terada.

Among other cars, Dieudonne raced with Volvo 240 Turbo

While racing with Mazda in sports car events, Dieudonne continued his touring car career in a Volvo 240 Turbo, driving for Team Delcourt/GTM Engineering in 1984 and for Eggenberger Motorsport in 1985.

At 1984 Spa 24 Hours, Dieudonne finished 15th in a Volvo. In 1985, he was fourth, together with Carlo Rossi and Didier Theys. Dieudonne scored no wins in a Volvo, finishing second in three ETCC races and tenth in the championship. The champions were his teammates Gianfranco Brancatelli and Thomas Lindstrom.

Racing with Eggenberger's Ford Sierra since 1986

In 1986, Eggenberger Motorsport switched to Ford Sierra XR4Ti. Dieudonne had no much success with that car, scoring just one podium (Nurburgring) and retiring at Spa.

A part of the 1987 WTCC season was Bathurst 1000 race at Mount Panorama Circuit in Australia. Pierre Dieudonne and Steve Soper initially won the race, two laps ahead of teammates Klaus Ludwig and Klaus Niedzwiedz.

But, due to a protest, two Eggenberger cars were disqualified for illegally modified front wheel arch guards. The team appealed their disqualification and the final decision was made next year, confirming a disqualification.

Racing with Ford Sierra until 1990

Dieudonne was racing with Ford Sierra RS500 for three more years, until 1990, in different competitions and races all over the world. His greatest result was the second place at Spa 24 Hours in 1988, together with Klaus Ludwig and Thierry Boutsen. It was Dieudonne's last start at Spa endurance race. He scored two wins in 1988 ETCC season to finish third in the points.

Dieudonne returned three more times to Bathurst 1000 in a Ford Sierra RS500, not finishing in 1988 with Andrew Bagnall as co-driver and in 1989 with Gregg Hansford as co-driver. At 1990 Bathurst 1000, Dieudonne was driving two cars for Allan Moffat's team, finishing tenth in a car he was sharing with Frank Biela and Klaus Niedzwiedz.

Transferring his experience and knowledge to younger racers

Dieudonne's touring car career ended in 1990 while in the sports car racing he was active until 1991, driving for Mazdaspeed in the World Sportscar Championship and Japanese Sports-Prototype Championship.

Following his retirement from racing, Dieudonne stayed involved in motorsport through various duties with different racing teams, such were Oreca or Team WRT, transferring his experience and knowledge to younger racers.