Rally Sweden – the most special among all WRC events

Every rally on the WRC calendar is special about something but some rallies are even more special than others. Probably the most special rally which is currently a fixture in the FIA World Rally Championship is the Rally Sweden. The reason is simple – it’s the only snow rally on a calendar.

Once upon a time, back in 1950, it wasn’t like that, because what is today known as Rally Sweden had been established as the Rally to the Midnight Sun (Svenska Rallyt till Midnattssolen) and it took place during summer. 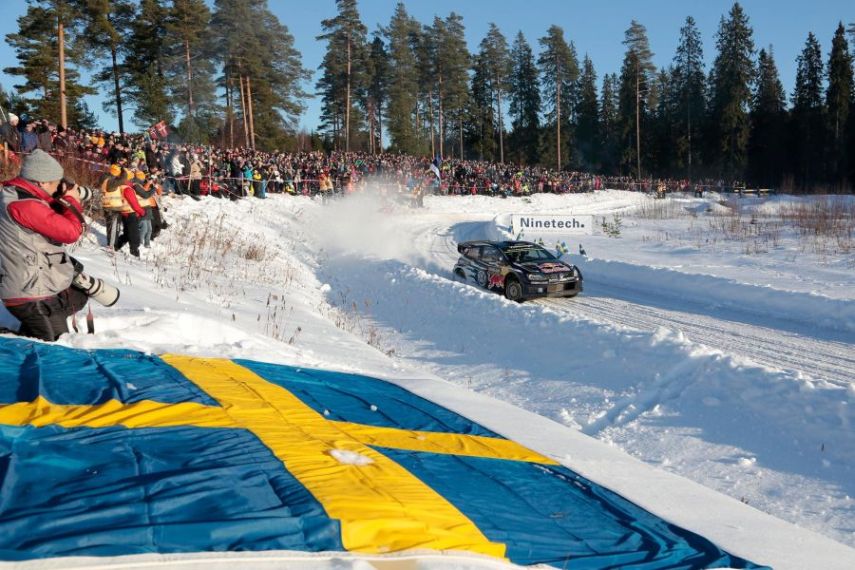 Rally Sweden – the only snow rally in the World Rally Championship

Swedish Rally is a snow event since 1965

The rally has been cancelled twice, in 1974 due to the oil crisis and in 1990 due to mild weather and no snow. In 1994, a rally was a part of the FIA 2-Litre World Cup for Manufacturers. In 2009, a rally was not held due to the WRC’s rotation system, being replaced by another snow rally in Norway. 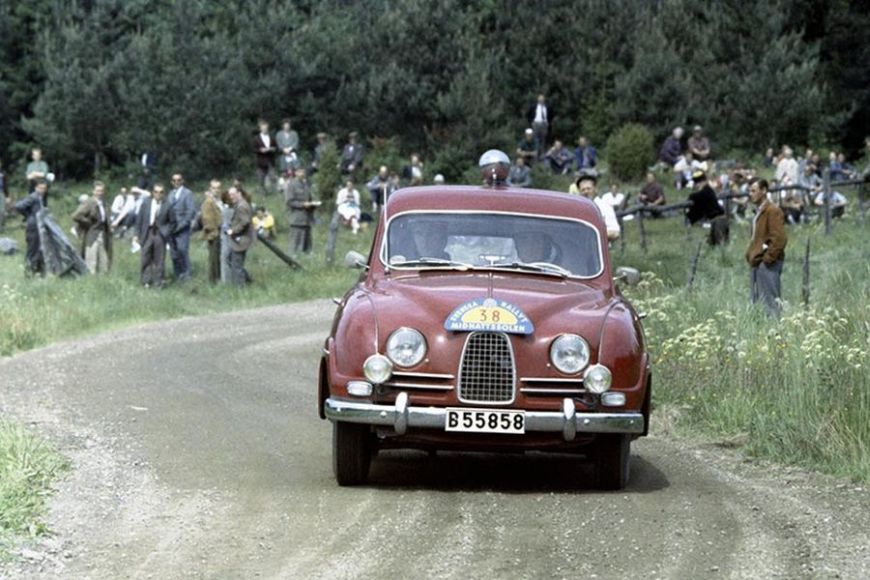 The Rally to Midnight Sun has been established in 1950

It all begun in June 1950 when the 1st Swedish Rally to Midnight Sun (Svenska Rallyt till Midnattssolen) took place with start and finish at separate locations. The first winners were Per-Fredrik Cederbaum (driver) and Bertil Sohlberg (navigator) in a BMW 327/328.

More than 150 entries were recorded in the second edition in 1951, won by Gunnar Bengtsson/Sven Zetterberg in a Talbot-Lago T26GS. In 1952, Porsche 356 was the winning car, driven by Grus-Olle Persson.

In 1953, a number of entrants rose to 170 and the event counted for the European Rally Championship. The winner was Sture Nottorp in a Porsche 356.

Two more Porsche drivers celebrated wins in 1954 (Carl-Gunnar Hammarlund) and 1955 (Allan Borgefors). Harry Bengtsson was a winner in 1956 in a Volkswagen 1200. 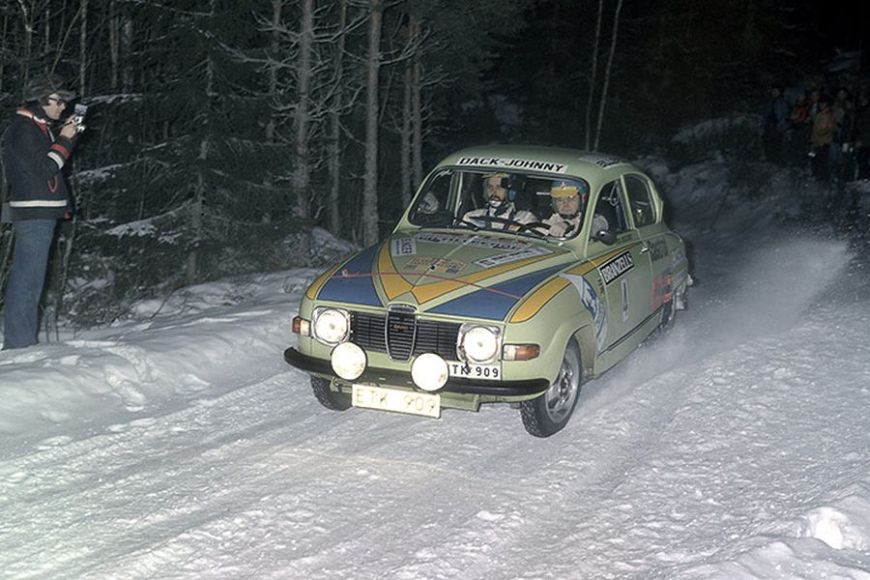 The first win for Swedish car in 1957

All the winners from 1950 to 1956 were Swedish drivers but in foreign cars. Finally, in 1957, Thure Jansson/Lennart Jansson won a rally in a Swedish car – Volvo PV 444 LS. The same car was victorious in 1958, driven by Gunnar Andersson. 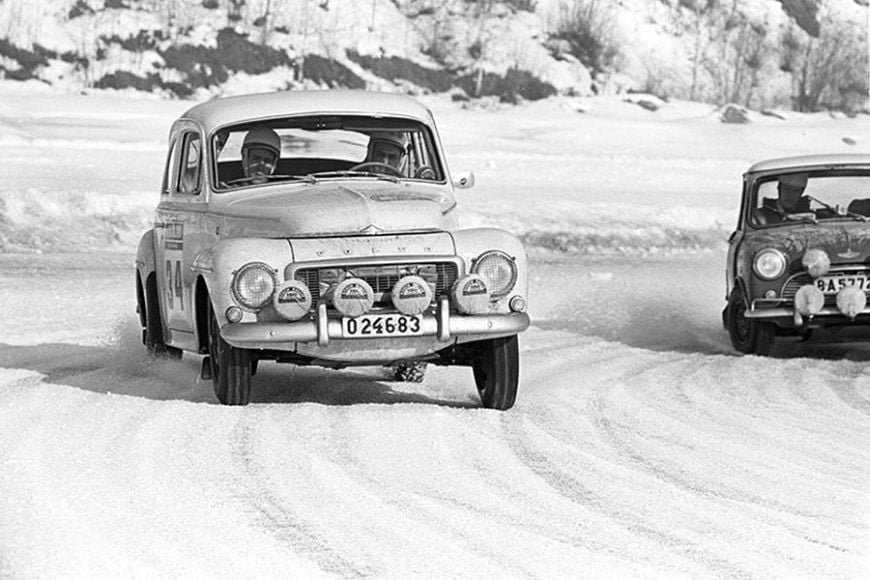 Tom Trana as the winner of the first snow event

In 1966, an event had been moved to February with Ake Andersson taking a victory in a Saab 96 V4. In 1967, again in February, the winner was Bengt Söderström in a Ford Cortina Lotus. 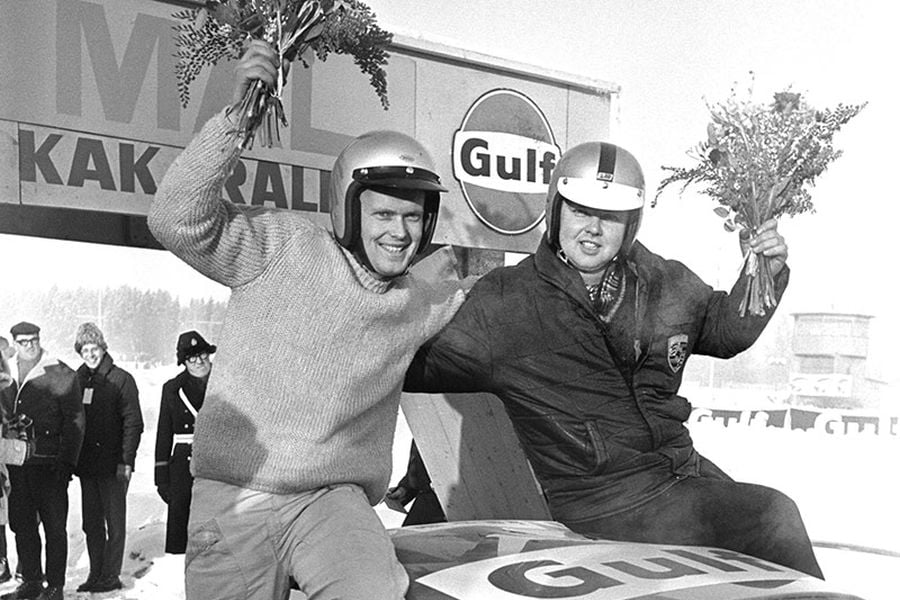 Bjorn Waldegard scored his first of five wins in 1968

An era of Björn Waldegard begun in 1968

In 1968, when an event took place in early January, an era of Björn Waldegård begun. He and Lars Helmer scored a victory in a Porsche 911 T. It was the first of five Waldegard’s victories. He won two more times in a Porsche (1969 and 1970).

Then, his streak had been interrupted by three wins of Stig Blomqvist in a Saab 96 V4, including a victory in the 1973 event which was a part of the inaugural World Rally Championship. Waldegard added two more wins in 1975 (Lancia Stratos HF) and 1978 (Ford Escort RS 1800 MkII) to become the record holder with five wins. 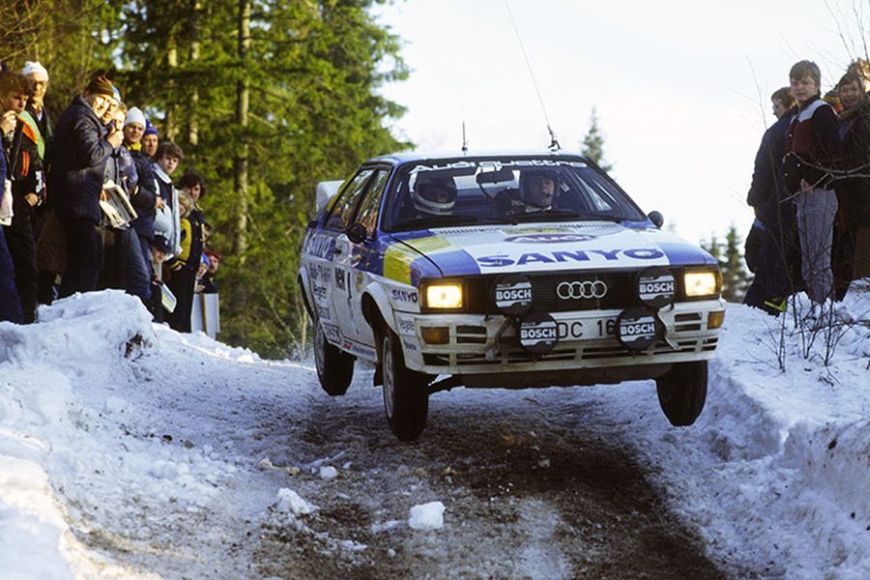 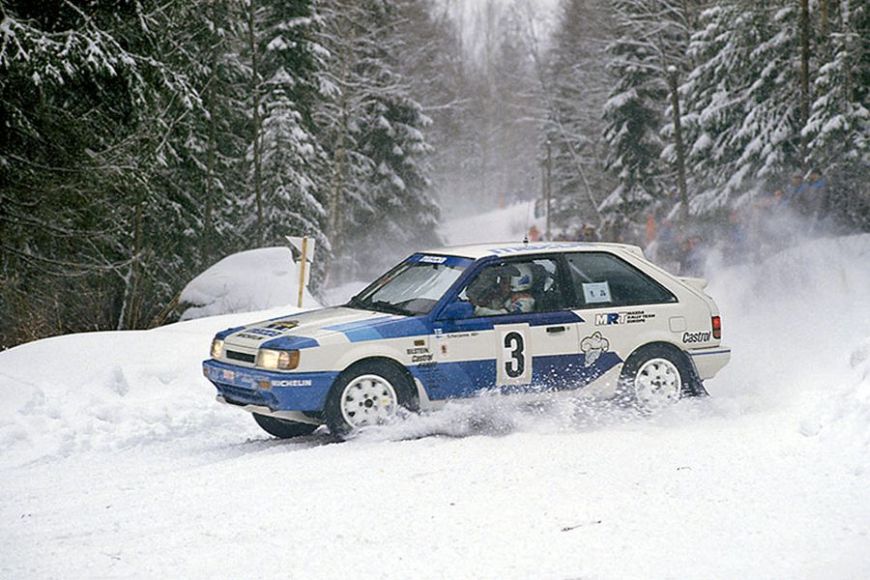 The Finnish drivers were dominant at Rally Sweden during the 1980s

It took more than thirty years to get the first non-Swedish winner of the Swedish Rally. The Finnish driver Hannu Mikkola did that in 1981 in an Audi Quattro, beating two other Finns in Fords (Ari Vatanen and Pentti Airikkala). Mikkola was the winner one more time, in 1983, again in Audi. 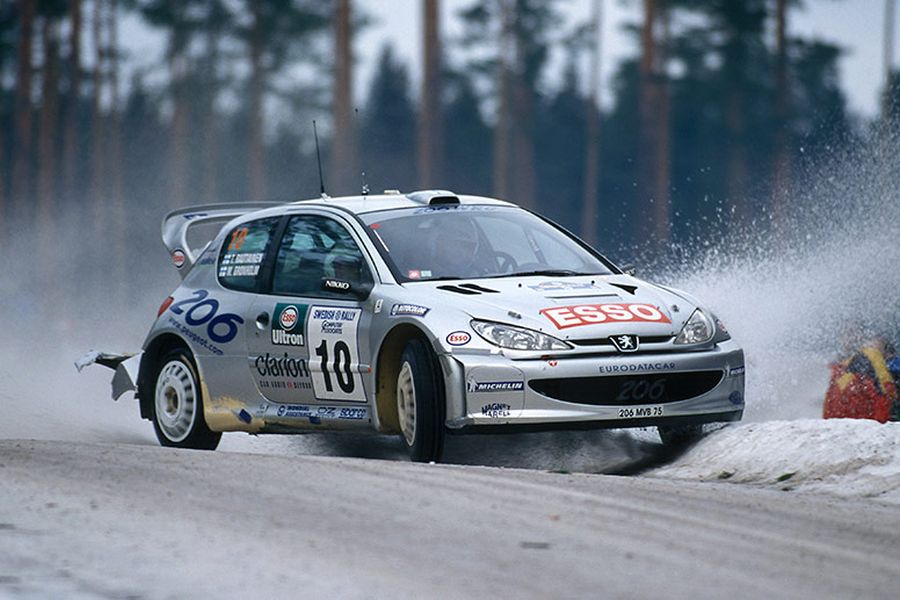 In 2000, Marcus Gronholm scored his first of five wins

The Finnish world champion Tommi Makinen took three wins in the late 1990s (1996, 1998, 1999) and then an era of Marcus Gronholm begun. Gronholm collected five wins between 2000 and 2007, becoming the second most successful driver in a history of Rally Sweden. 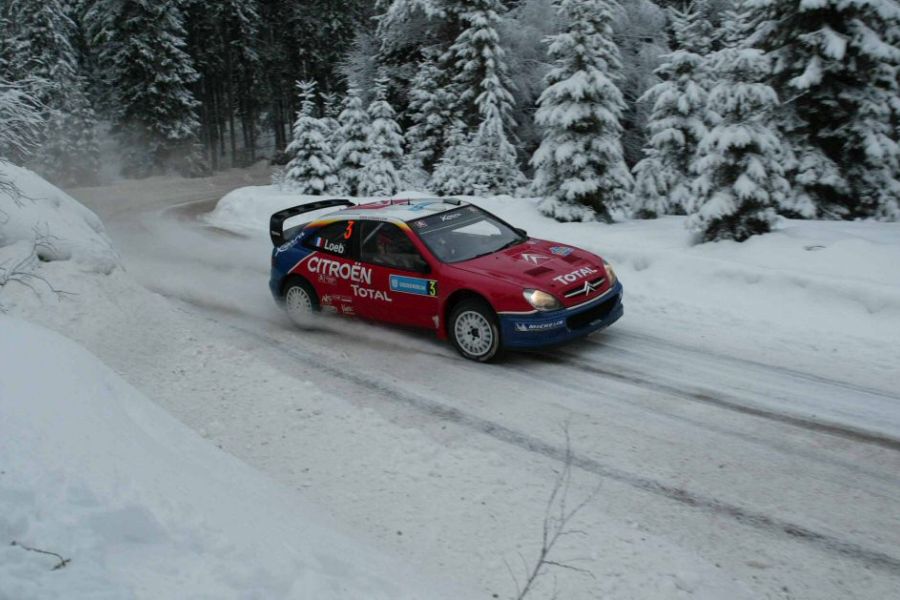 Gronholm’s streak of wins had been interrupted by Harri Rovanpera in 2001 and then by Sebastien Loeb in 2004, who won in a Citroen Xsara WRC. Loeb set a milestone with that victory, becoming the first driver from non-Nordic countries to win a rally.

In the latter years, only two non-Nordic drivers repeated Loeb’s success –  Sebastien Ogier and Thierry Neuville. Ogier collected three wins in a Volkswagen Polo R WRC (2013, 2015 and 2016) while Neuvile triumphed in 2018 in a Hyundai i20 Coupe WRC. 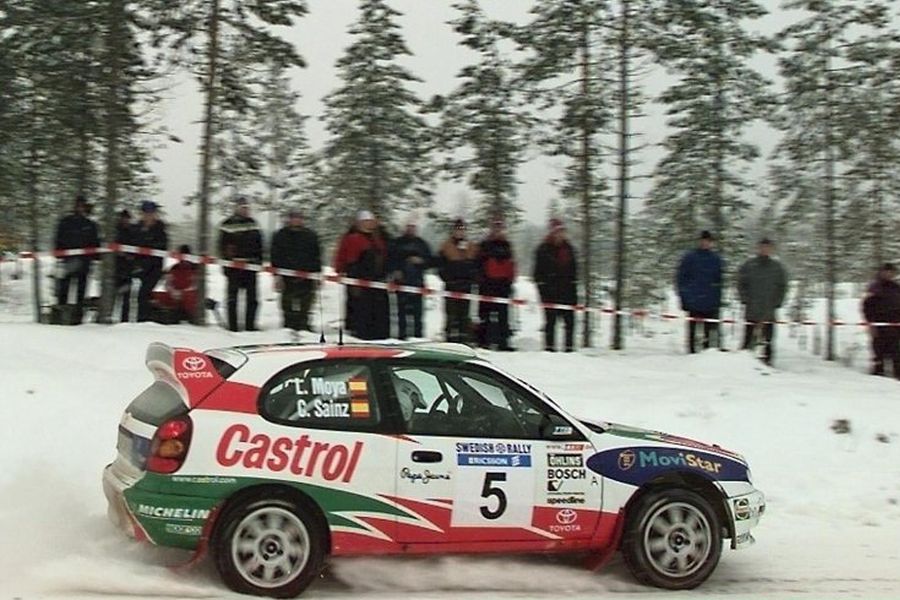 Carlos Sainz was on a podium six times at Rally Sweden

Six podiums and no wins for Carlos Sainz

Carlos Sainz, one of the best rally drivers ever, never managed to win Rally Sweden. He was on a podium six times, finishing second for four years in a row from 1996 to 1999. 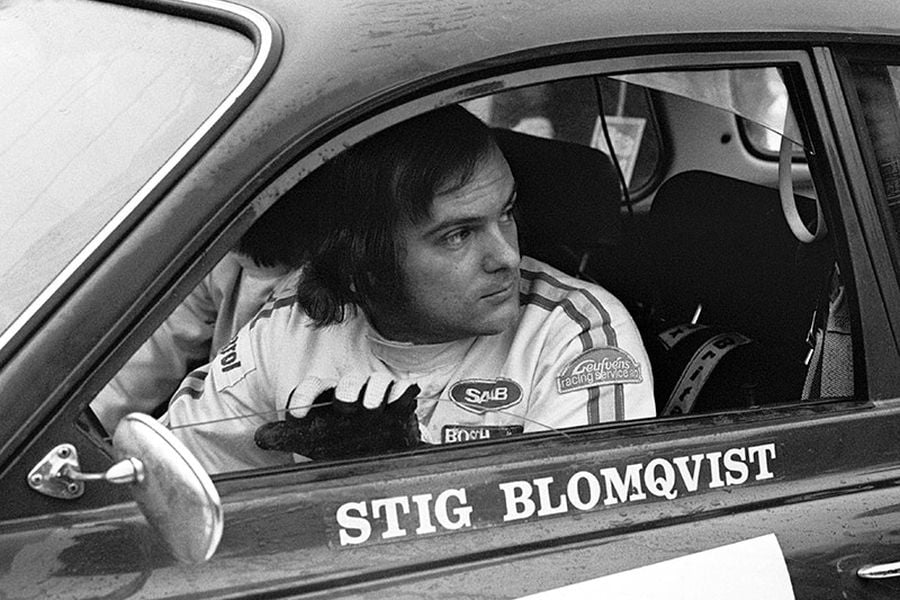 Here are some more numbers from Rally Sweden’s history. Stig Blomqvist isn’t just a record holder with most wins but also he has most podiums (16), most starts (35) and most stage wins (131).

Bjorn Waldegard is the second on a list of podium-scorers with nine podiums (including five wins). Among drivers with most starts, Per Eklund is second with 27 starts, four more than Mats Jonsson.

Among manufacturers, Saab is the most successful brand with ten wins. Porsche and Ford collected eight wins each. 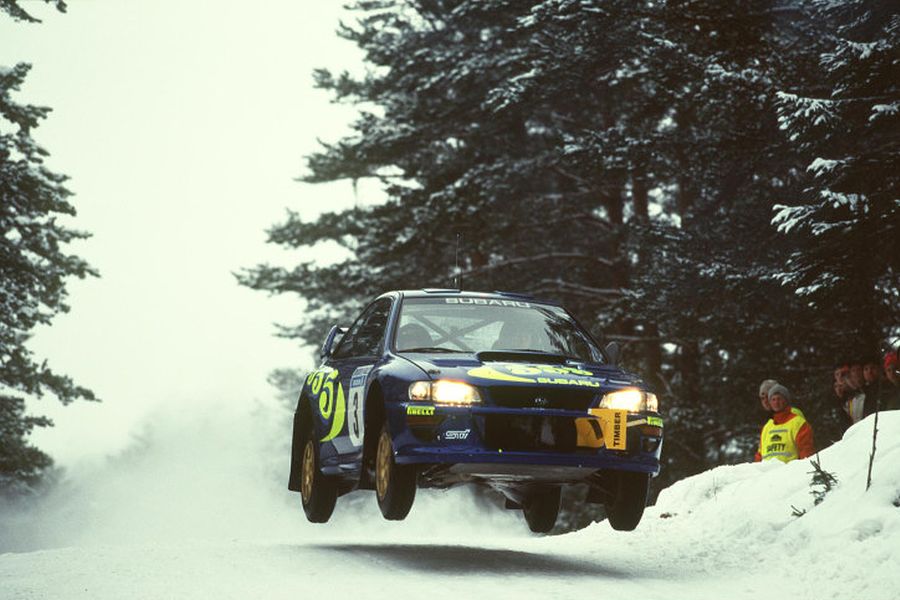 Colin’s jump over the crest

Colin’s Crest Award as a memory to rally legend

A year after his death, the Colin’s Crest Award has been established for the longest jump over a crest on the Vargåsen stage. The winners so far were Khalid Al Qassimi, Marius Aasen, Ken Block, Ott Tanak, Thierry Neuville (twice), Juho Hanninen, Eyvind Brynildsen and Mads Ostberg (twice).