Top 10 BTCC Drivers of All Time

The British Touring Car Championship, established in 1958 as British Saloon Car Championship, is one of the most popular touring car racing series worldwide, especially in Europe.  In more than 60 years long history, BTCC (renamed in 1987) produced many great racing drivers who were successful not only in the UK but also all over the world in other racing competitions.

Here’s the list of the most successful BTCC and BSCC drivers since the inaugural season. We chose ten names, using the combination of victories and titles as the main criteria. Although BTCC is British racing series, four of ten drivers aren’t British citizens, which is the proof of BTCC’s popularity among the drivers across the world. 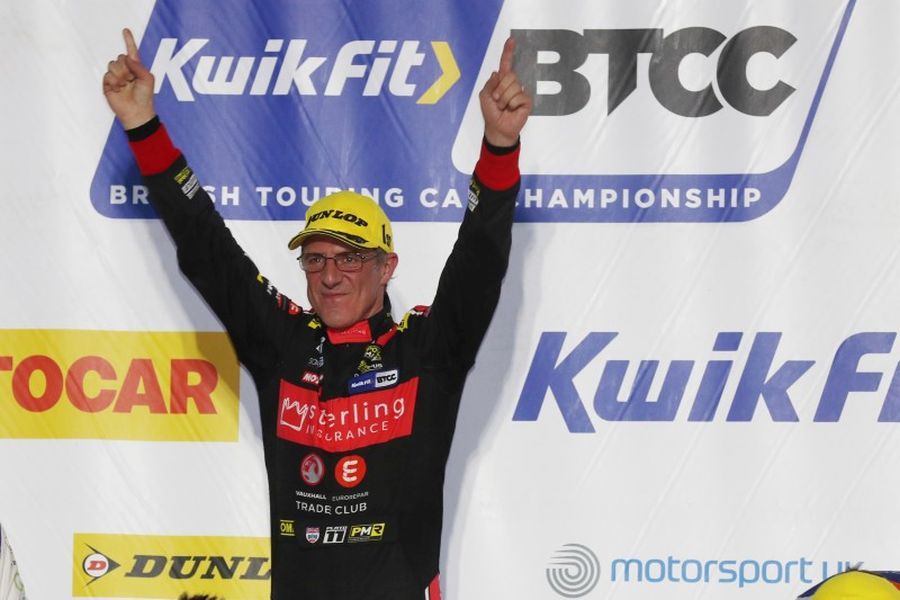 Jason Plato (born 1967) is the absolute superstar of the British touring car racing. He won the championship just two times (in 2001 and 2010), but his 97 wins (until the end of 2019) is almost an unbeatable score. Plato is still active, so he has a chance to increase the record number.

Plato debuted in the BTCC in 1997, driving Renault Laguna, and since then he missed only two seasons, competing in other series in 2002 and 2003. Prior to that, he scored his first title in 2001, driving factory-entered Vauxhall Astra. From 2004 to 2008, Plato was driving for SEAT Sport UK, then three seasons for Chevrolet. Chevrolet Cruze was his championship-winning car in 2010. From 2012 to 2104, Plato drove MG6 GT.

In 2015, he joined Team BMR to drive Volkswagen CC and then, in 2016, the team switched to Subaru Levorg. After three seasons in a Subaru, Plato joined Power Maxed Racing in 2019, driving Vauxhall Astra to his 97th victory in the last race of the season. 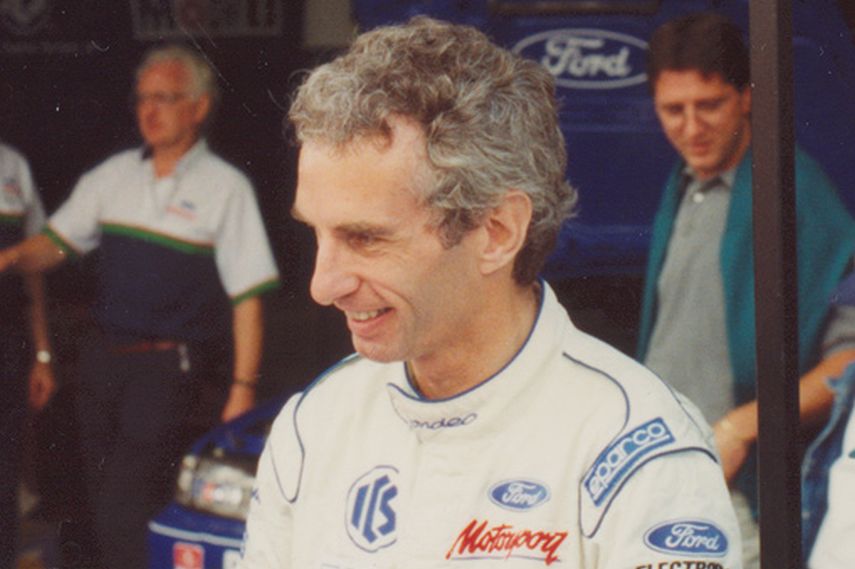 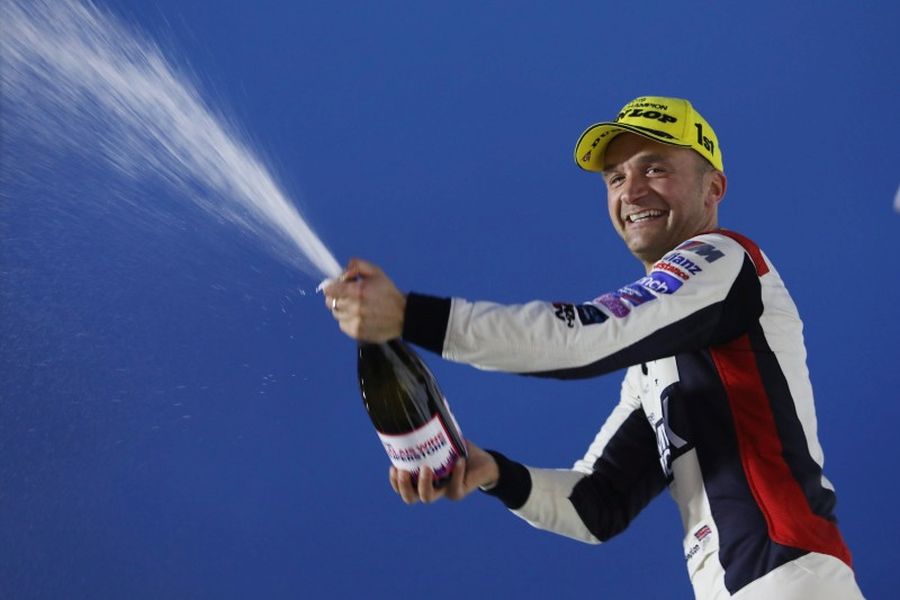 Colin Turkington is celebrating 2019 BTCC title, his fourth in a career

In 2007, the switch to BMW followed. With German manufacturer and WSR team, Colin won two BTCC titles. In 2009, the winning car was BMW 320si, in 2014 the winning car was BMW 125i M Sport. Between those two titles, Turkington competed with BMW in BTCC, WTCC and STCC. In 2015, he joined Team BMR to drive Volkswagen CC and then, in 2016, they switched to Subaru Levorg. 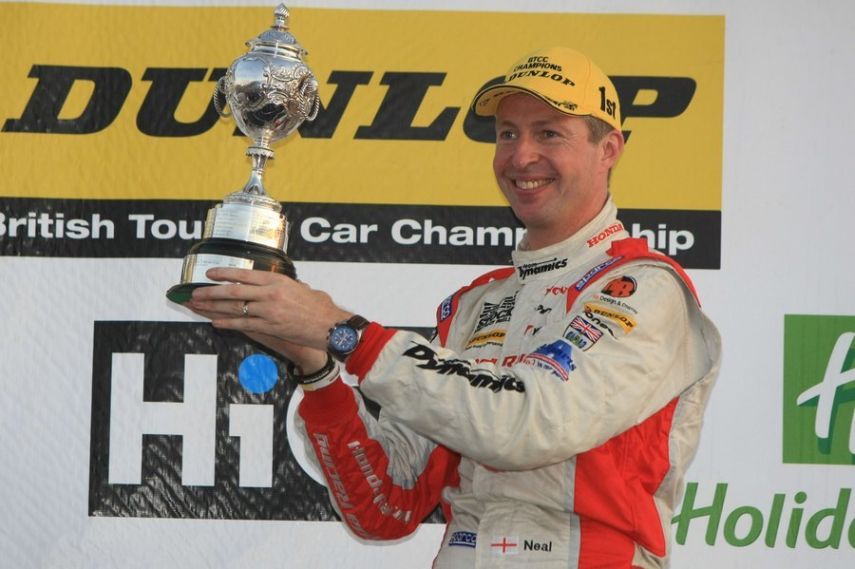 Neal’s first BTCC car was BMW M3. After that, he was driving BMW 318, Mazda Xedos 6, Ford Mondeo, Nissan Primera, Peugeot 406 Coupe, Vauxhall Astra Coupe and finally the Honda Integra Type R. He won two consecutive titles with Integra in 2005 and 2006, driving for his father’s Team Dynamics. After two seasons with VX Racing’s Vauxhall Vectra (2008 and 2009), Neal returned to Honda in 2010 and since then he is a part of Team Dynamics’ duo, together with Gordon Shedden. Neal won the third title in 2011. 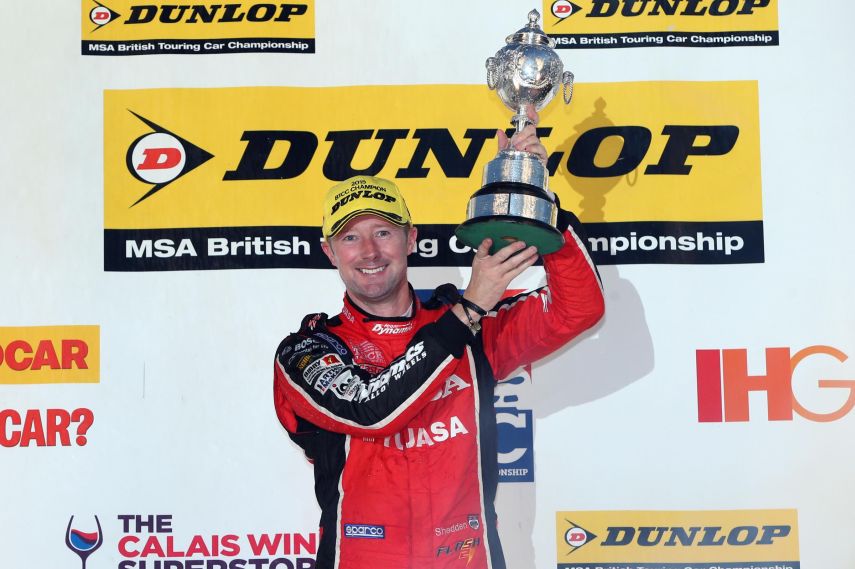 Scotsman Gordon Shedden (born 1979) is Matt Neal’s longstanding partner and successor in the Team Dynamics. Shedden debuted in the BTCC in 2001 with Ford Focus, but he started with a full- season campaign in 2006, joining Honda and Team Dynamics.

Since the, he was a regular Honda driver, with an exception of 2009, when he drove Seat Leon in the second part of the season, Shedden won BTCC titles in 2012, 2015 and 2016, driving two different versions of Honda Civic. He was the championship runner-up two times and finished third in the points three times. Shedden left BTCC in 2018, moving to the WTCR – FIA World Touring Car Cup. 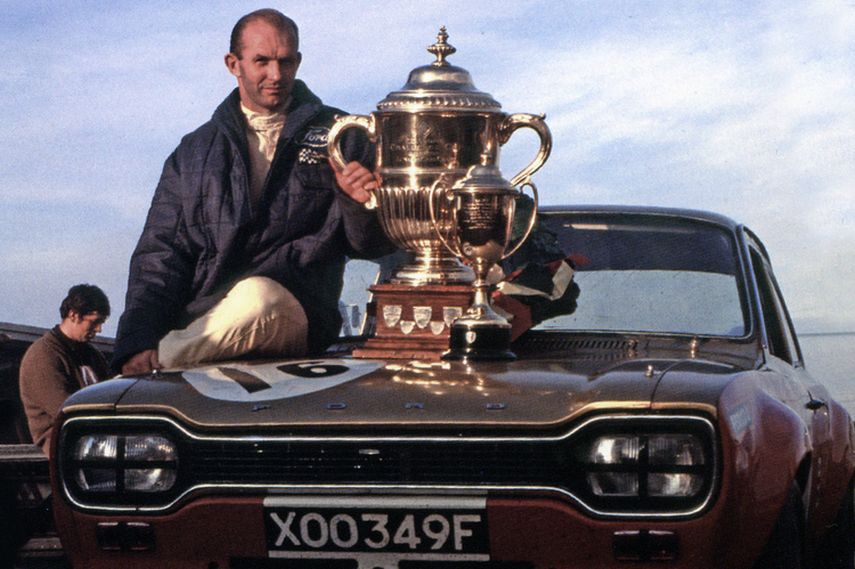 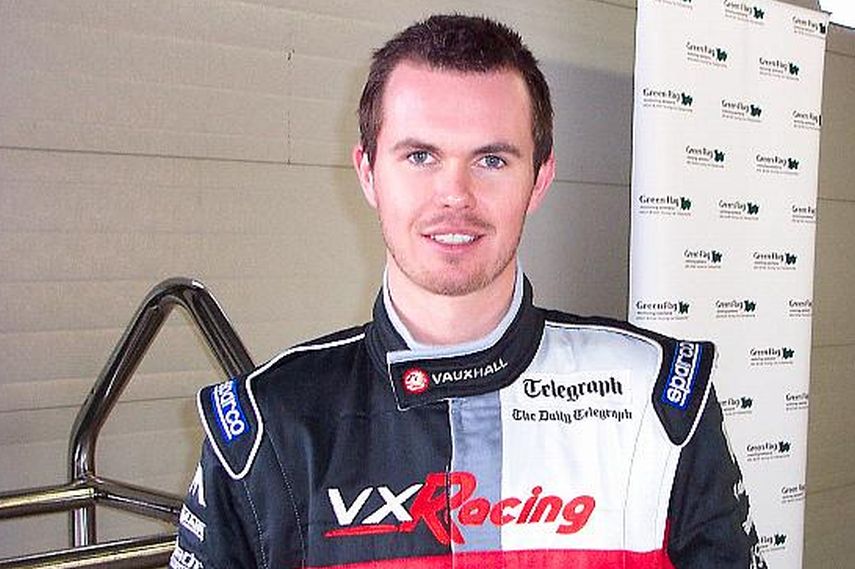 For James Thompson (born 1974), he gained major success in the early 2000s, when he was on the top of the British touring car racing with Vauxhall Astra Coupe. In 2001, he finished third in the championship, then won the title in 2002. In 2003, he was the championship runner-up and then won his second title in 2004.

Thompson debuted in the BTCC in 1994, driving the Peugeot 405 Mi16. His other cars during the 1990s were Vauxhall Cavalier, Vauxhall Vectra and Honda Accord. After winning his second BTCC title, Thompson focused on World Touring Car Championship, with occasional returns to the BTCC, in 2006 with Seat, in 2009 with Honda and in 2011 with Ford Focus. 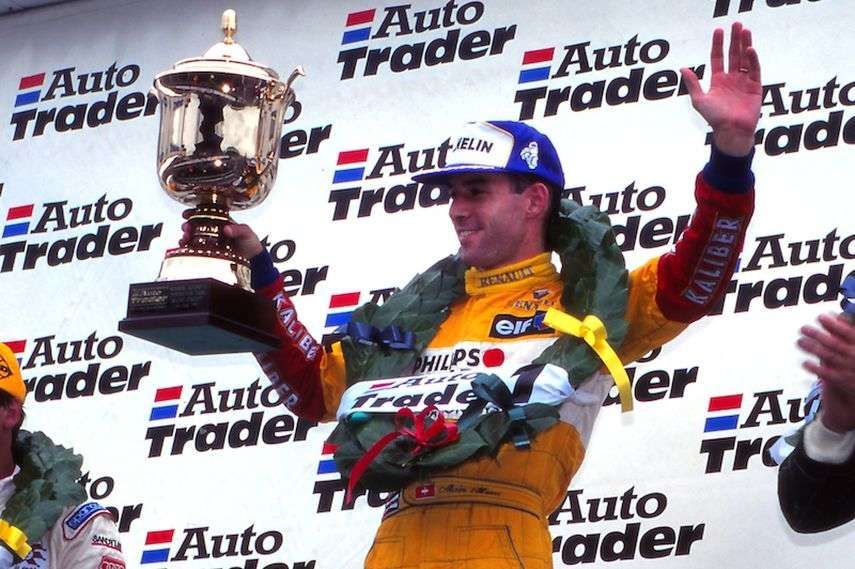 The Swiss driver Alain Menu (born 1963) is most well known as a successful competitor in the World Touring Car Championship, but before entering WTCC he competed at the British Touring Car Championship between 1992 and 2000, winning two titles in 1997 and 2000. Menu had BTCC debut in 1992 with BMW 318is, then switched to Renault 19 and to Renault Laguna in 1994. Laguna was his championship-winning car in 1997.

In 1999, Menu joined Ford and clinched his second BTCC title in 2000, driving Ford Mondeo. While competing in WTCC, Menu had a one-off appearance in 2007 with VX Racing’s Vauxhall Vectra and then returned for the full season in 2014, driving Volkswagen CC for Team BMR. Menu’s last BTCC appearance was in the last round of the 2015 season, again with Team BMR’s Volkswagen. 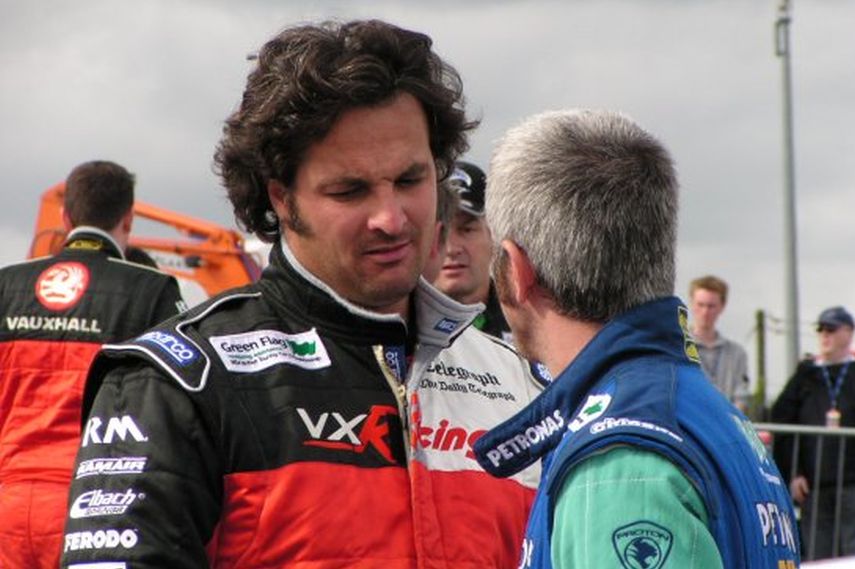 Frenchman Yvan Muller is the most successful driver in the history of the World Touring Car Championship (with four titles and 48 wins) but he also deserves a place on the list of the greatest BTCC drivers, because he scored 36 wins and took one championship title.

Muller debuted in the BTCC in 1998, driving Audi A4. In 1999, he joined Vauxhall and remained with the team until the end of his BTCC career in 2005. He was the championship runner-up four times between 2001 and 2005, winning the title in 2003 with Vauxhall Astra Coupe. 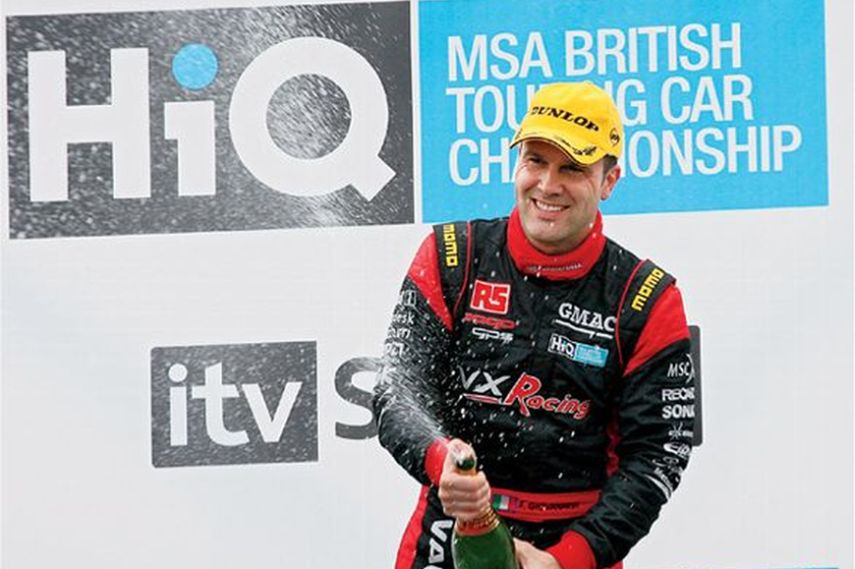 One Italian found his place on the list. Fabrizio Giovanardi (born 1966) is one of the world’ best touring car driver, who left his mark also in the BTCC. He debuted in 2006, driving Vauxhall Astra Sports Hatch. In 2007, the team switched to Vauxhall Vectra and Giovanardi won his first BTCC title. He triumphed again in 2008 with the same car.

In 2009, Giovanardi was third in the championship. He left the team and the championship after the first round of the 2010 season. After few years of other competitions, Giovanardi returned to the BTCC in 2014, for the full season campaign with Airwaves Racing’s Ford Focus. 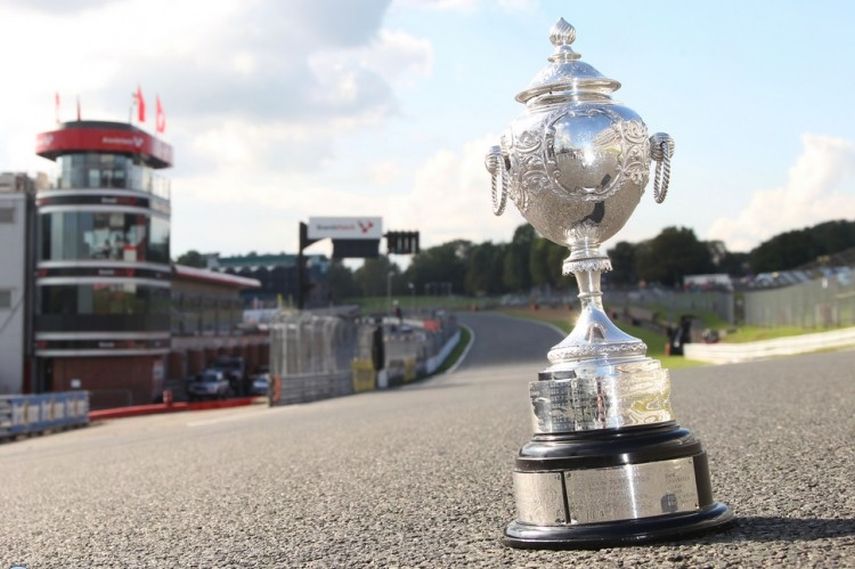 Few more BTCC legends who deserve to be remembered

There are/were so many amazing drivers who could be on the list because they left the remarkable trail in the BTCC history and will never be forgotten although some of them had competed more than fifty years ago.

Jack Sears was the first BSCC champion in 1958 and one more time in 1963. Other multiple champions were Win Percy, John Cleland, Bill McGovern, Bernard Unett, Richard Longman and Chris Hodgetts. There is also Gordon Spice, who won 27 BSCC races but never won the title.